Miguel Lasa Arruabarrena was in the Haizea Bar in Zarauz. Also in the bar were five off-duty officers of the Civil Guard’s traffic division in civilian clothes. Three terrorists armed with machine guns stormed the premises, planning to kill as many people as possible. Two others waited outside. They opened fire, killing four of the five officers and another customer who was in the bar at the time. They then shot them again as they lay on the ground. Another six people were wounded in the brutal attack. Judging by the shell casings later gathered in the bar, the terrorists are thought to have fired about sixty shots.

Along with Miguel Lasa, also killed in the attack were lance corporals Arturo López and Ángel Retamar and civil guards Modesto García and Julio César Castillejo. Another officer, Nicolas Martin, was seriously injured but survived. Four other residents of Zarauz were also injured. 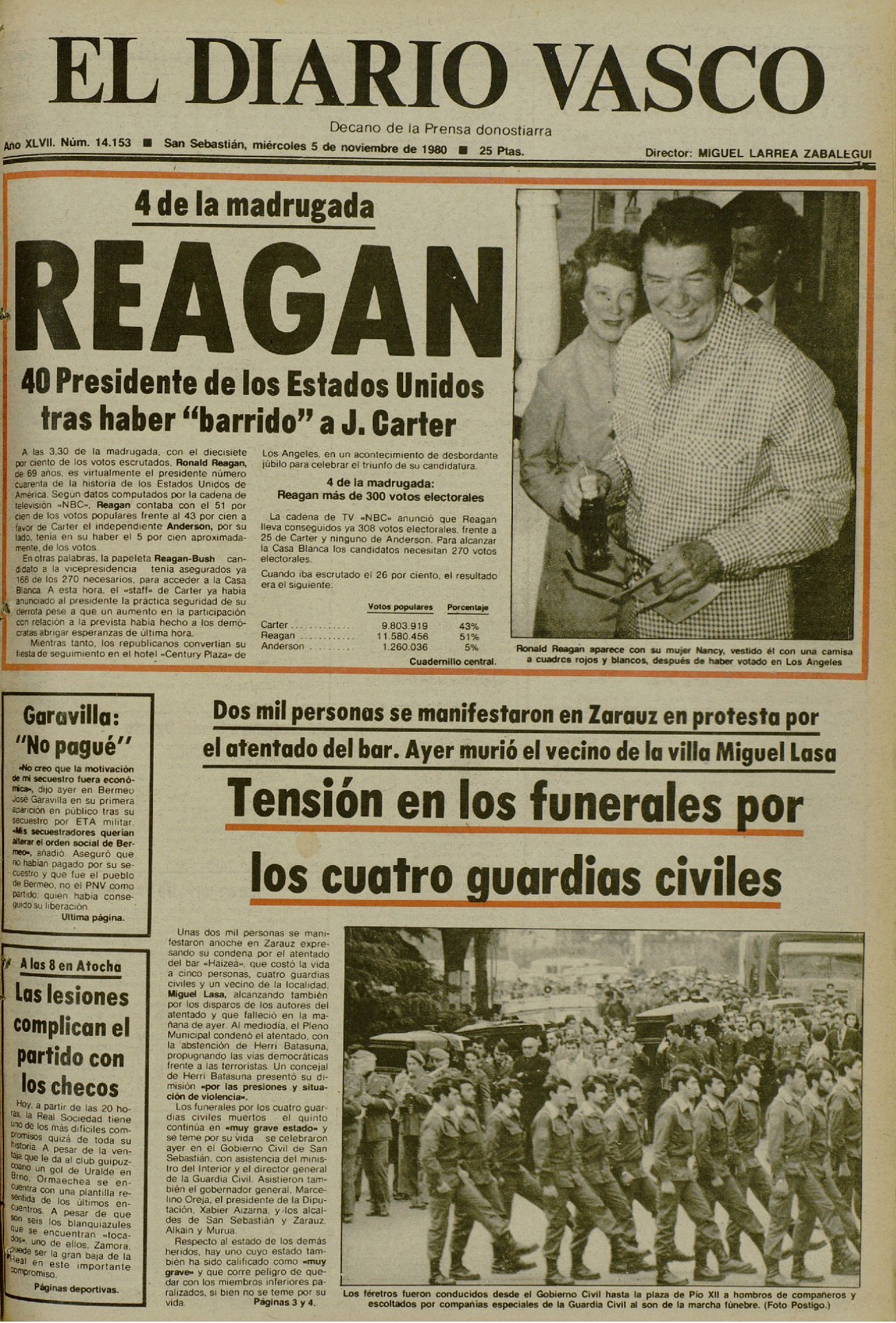 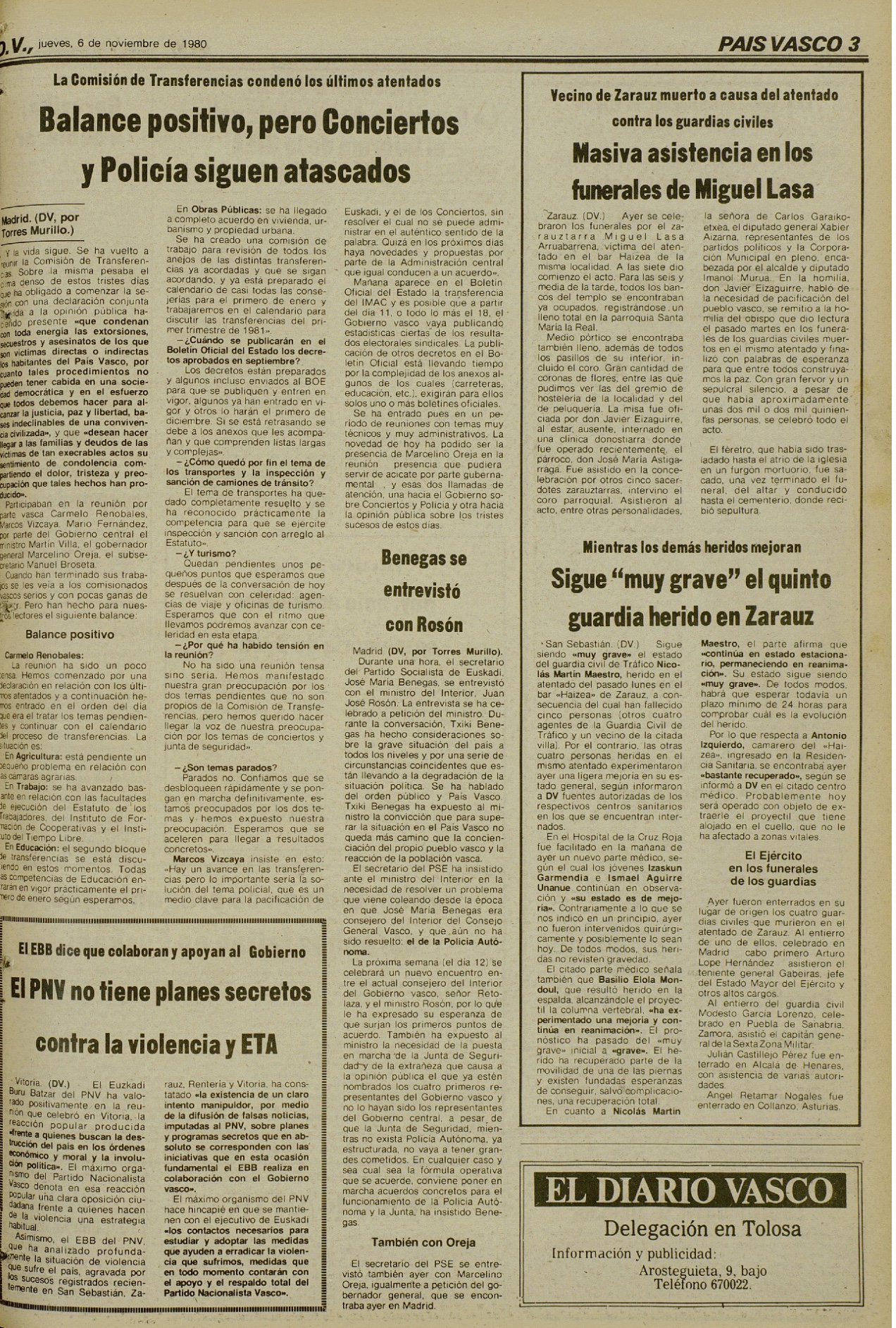 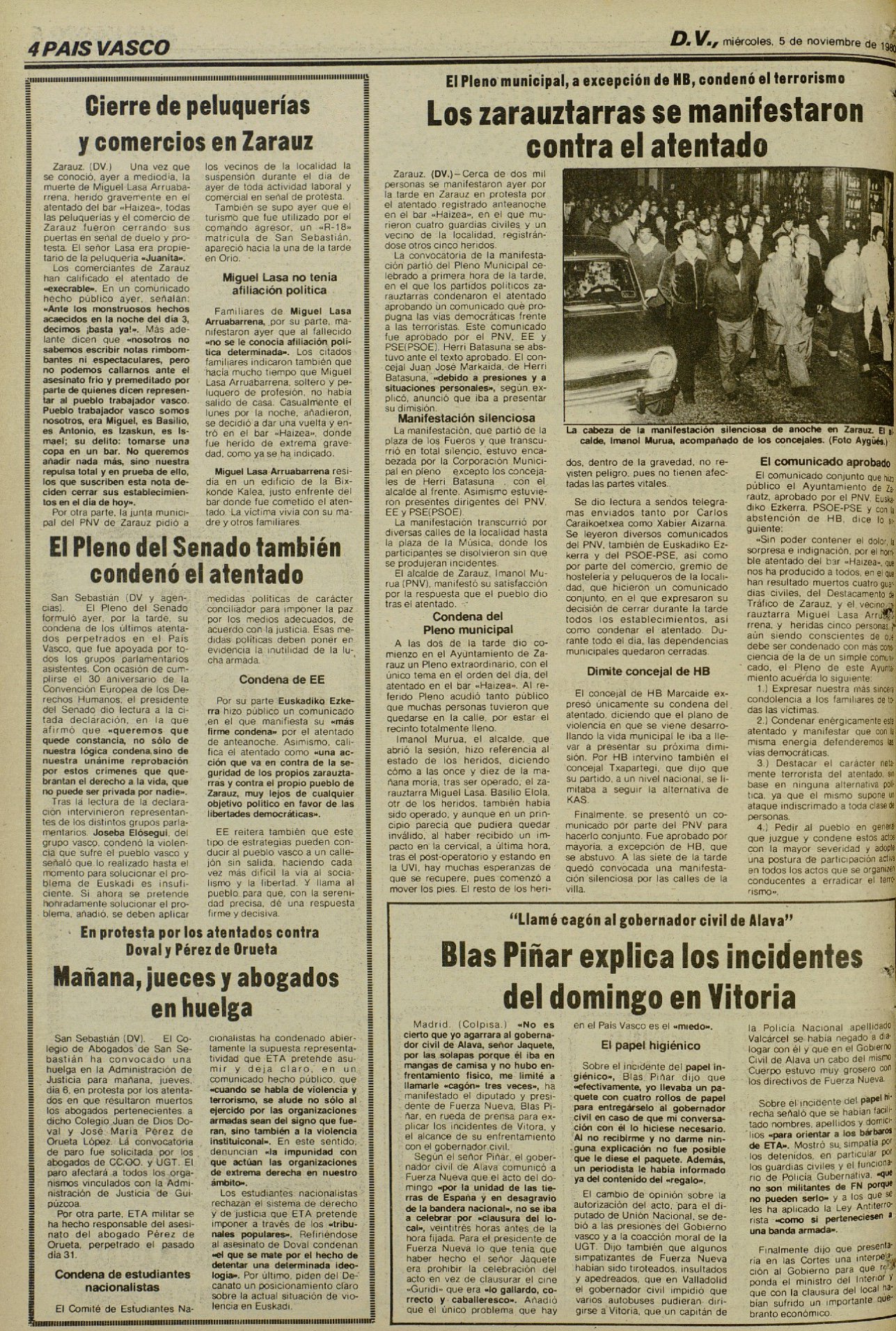 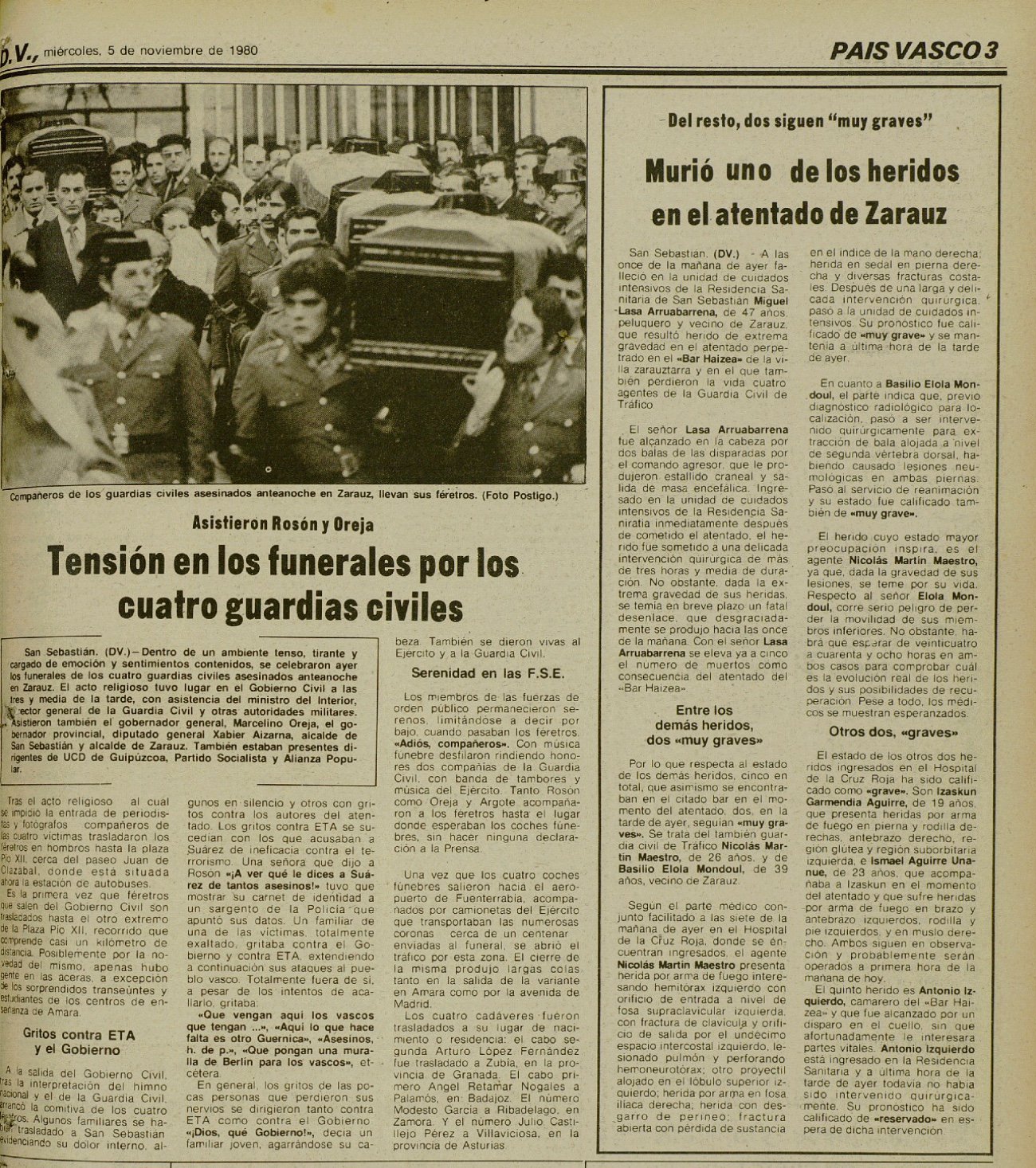