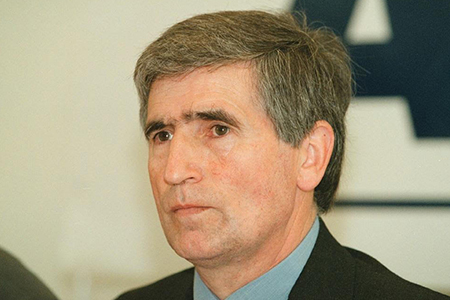 José María Korta Uranga, president of the Gipuzkoan employers’ association, was assassinated by ETA in Zumaya (Guipúzcoa) on 8 August 2000. ETA picked their victim as representing all the Basque businessmen they had been attacking over the last few months. José María had always been an outspoken opponent of violence and had refused to pay extorsion money (the so-called “revolutionary tax”). On several occasions he had also encouraged other Basque businessmen to follow his example.

The industrialist was getting into his car at one of his business premises, where several of his children, siblings and nephews and nieces also worked, when an ETA member detonated the bomb he had planted under the car.

Even after José María’s death, ETA continued to harass the Korta family. On 10 September, 2000, barely a month after the attack, ETA blew up the Txitxarro discotheque in the town of Deba (Guipúzcoa), which was owned by one of José María’s brothers, Narciso Korta.