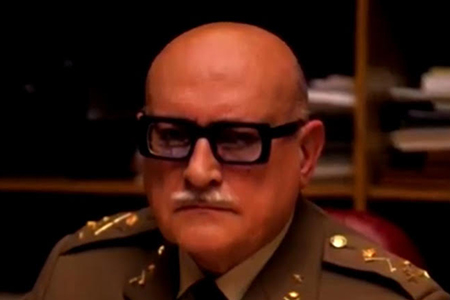 Shortly after 8.00 am on the morning of 29 July 1994 Lieutenant-General Francisco Veguillas Elices, the Director General of Defence Policy, left his home on Calle de Fuentes, near Plaza de Ramales. As was his custom, he had breakfast in a bar and then got into an armoured-plated Peugeot 405 with a disguised registration. He was followed by an escort car. At around 8.45 am, the officer’s driver, Francisco Joaquín Martín Moya, drove round Plaza de Ramales, next to Plaza de Oriente, and turned the corner onto Calle de Santiago. At that moment, an ETA member activated a remote-control unit, detonating a bomb containing 40 kilograms of ammonal in a Ford Sierra car. The explosion killed the lieutenant-general, his chauffeur and César García Contonente, a stagehand from the Madrid Classic Ballet company who was working in the square. Another twenty people, including two of the civil guards escorting the lieutenant-general, were wounded.

Francisco Veguillas Elices had had a brilliant career, occupying senior positions in postings such as the Spanish Embassy in Washington. He had received important distinctions, including membership of the Order of Isabel the Catholic and the US Legion of Merit. 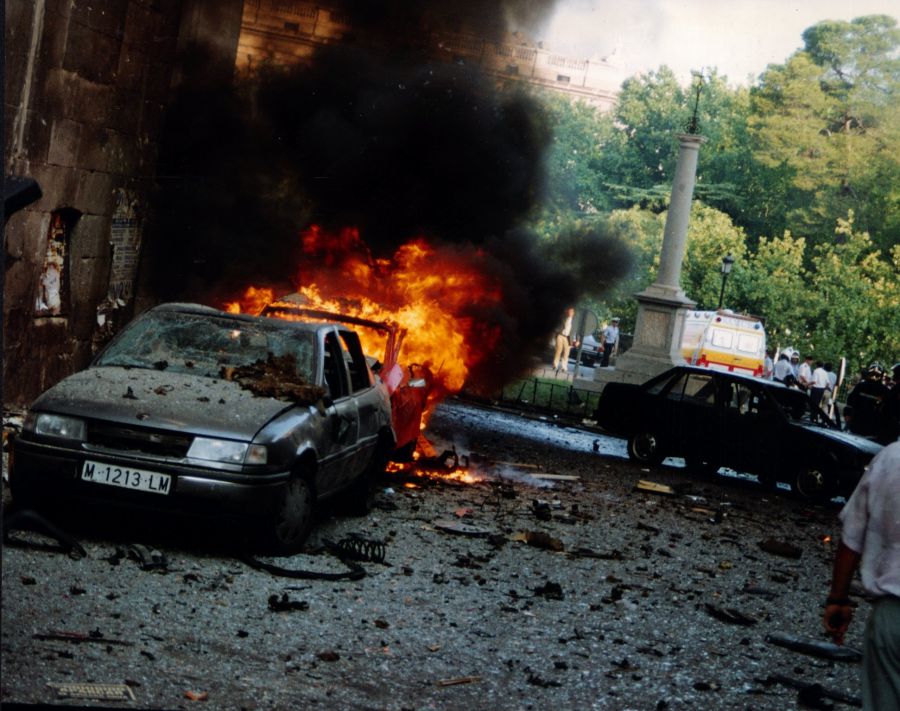