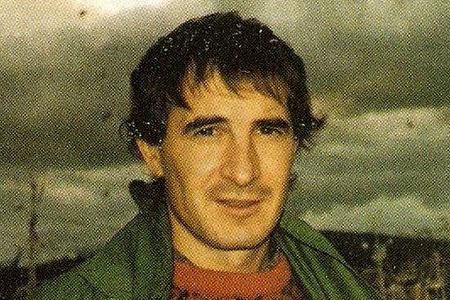 On the night of 20 November 1989, four members of parliament of Herri Batasuna were dining with executives from Egin newspaper in the Basque restaurant at the Hotel Alcalá, in the centre of Madrid. It was the night before the investiture session in Congress and the anniversary of the death of the dictator Francisco Franco. At around 11.15 pm, two armed and hooded individuals burst into the establishment, walked up to the table where the politicians were sitting and opened fire. Josu Muguruza Guarrotxena was sitting with his back to them. He was shot in the head and died instantly. His colleague, José Ignacio Esnaola Etcheverry, was hit four times and severely injured. A police officer, Ángel Duce Hernández, a far-right terrorist, was sentenced to prison for the killing of the congressman.

Josu Muguruza was a graduate in information science and had been appointed editor-in-chief of Egin. In 1981 he had fled to France on learning of the arrest of his partner —later his wife— on charges of being a member of ETA militar. At her trial, she was acquitted of the charges. Muguruza had run successfully for the office of congressman for Herri Batasuna in the general elections of October 1989. At the time of his death, his wife was pregnant. She gave birth to a baby girl two weeks later. 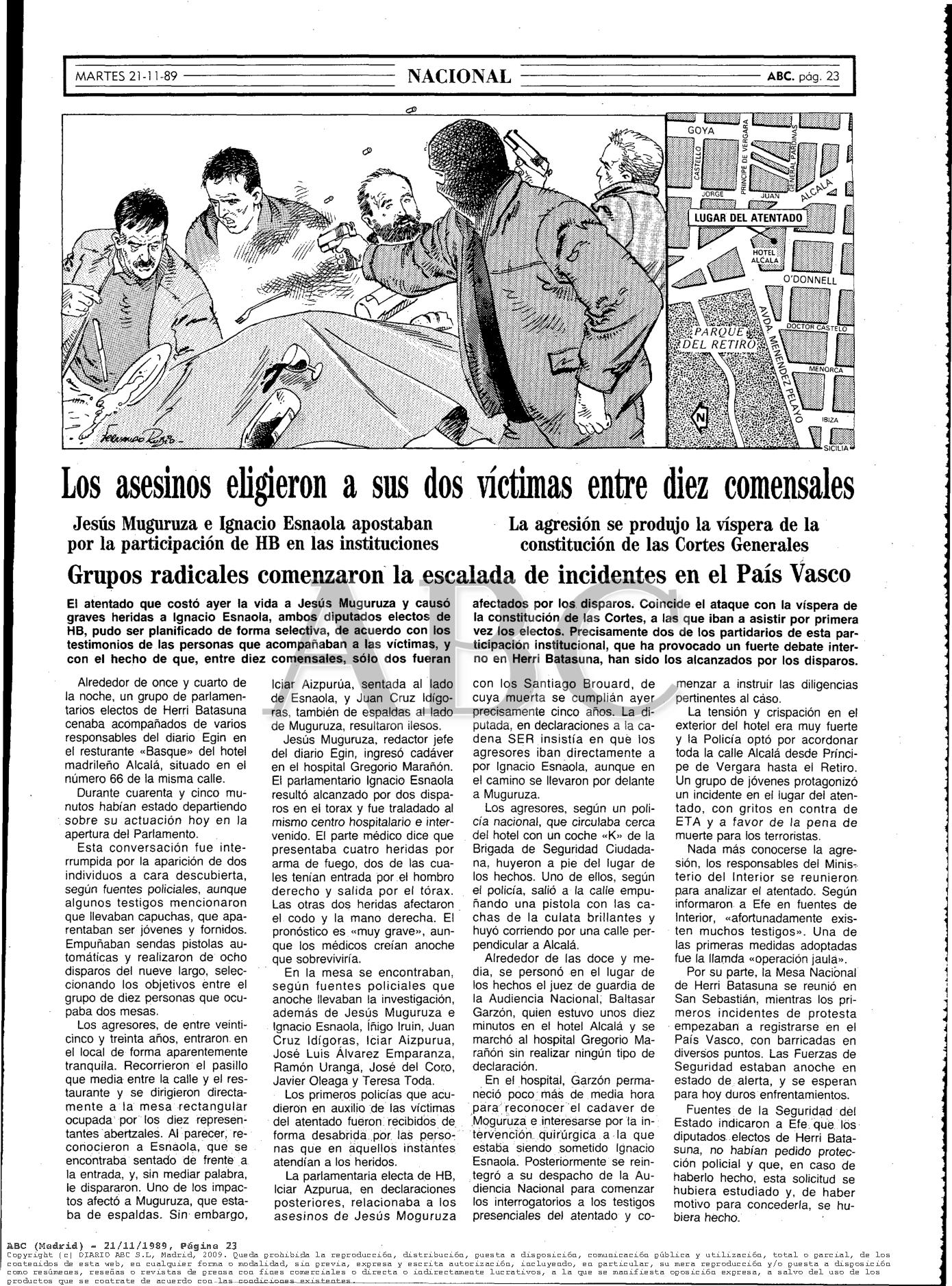 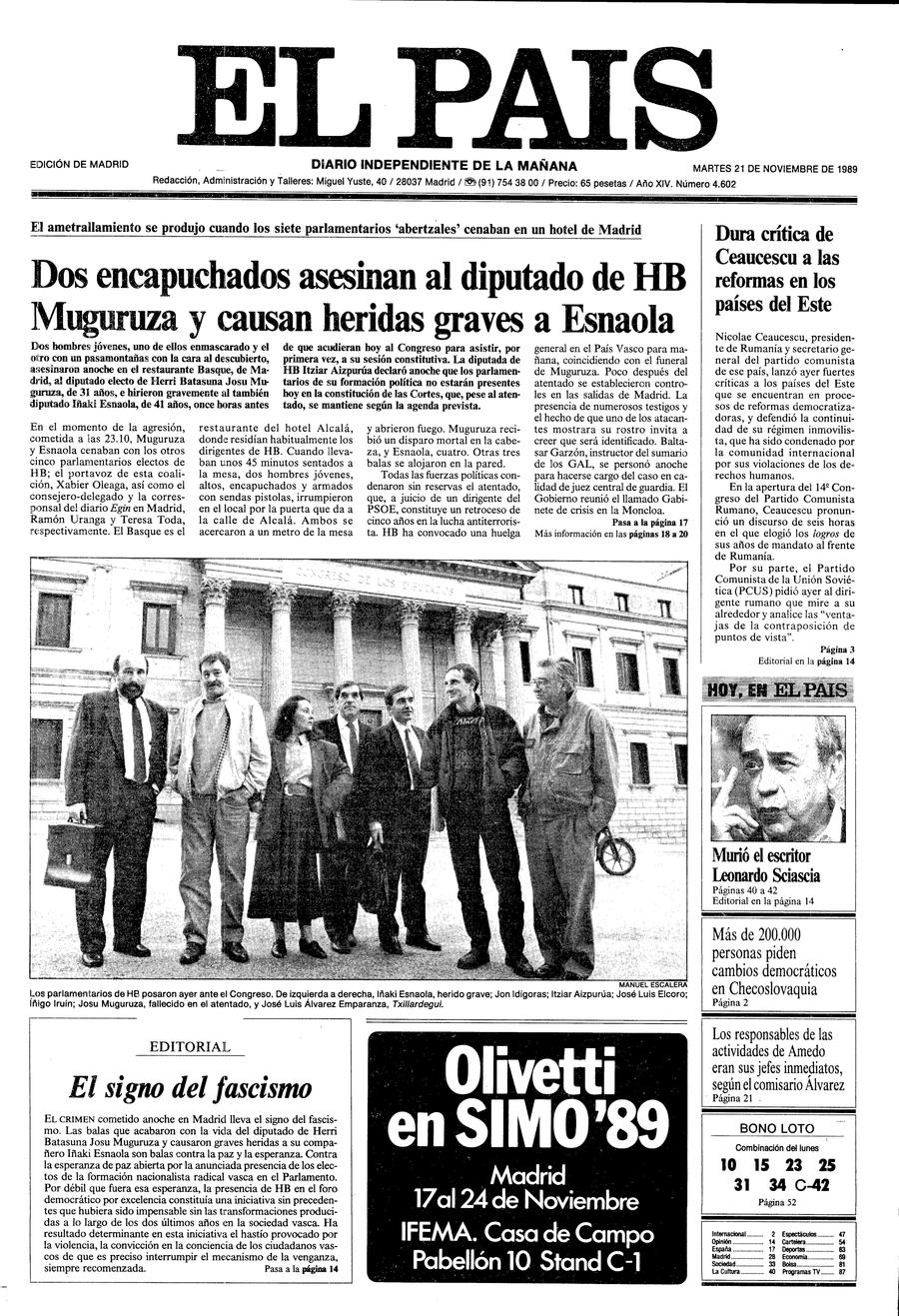