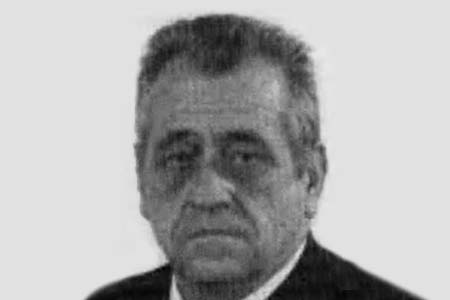 On the morning of 29 July 1985, Rear-Admiral Fausto Escrigas Estrada was being driven to work in his official car, when three members of ETA’s Madrid unit blocked the vehicles at the junction of Calle Comandante Zorita and Calle Dulcinea. One of the terrorists immediately fired several bursts of machine-gun fire at the car, killing the rear-admiral and seriously injuring his driver, Francisco Marañón García. Francisco suffered severe aftereffects and for the rest of his life was unable to look after himself. He died in 2007. ‘I had no idea what had happened. I know I was talking to the admiral. It must have been machine-gun fire, because for nearly a year afterwards, I could hear the ‘rat-tat-tat’ noise in my ear’, the driver subsequently reported. ‘It was three or four months before I found out what had happened; the doctor told me I would be left blind and mentally defective. He said he couldn’t understand how I wasn’t dead. I said: “I wish they had killed me!”. Then there was a period of time when I cried a lot; I was always crying.’