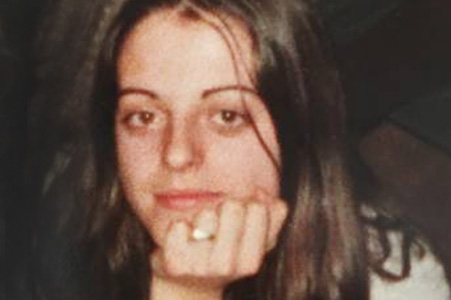 On the night of Friday, 1 February 1980, Yolanda González Martín, a 19-year-old Basque woman and active member of the Socialist Workers’ Party, was alone in her flat at 101, Calle Tembleque, in the Madrid district of Aluche, when militants from Fuerza Nueva and members of the Spanish Basque Battalion Emilio Hellín and Ignacio Abad showed up at her home. Claiming to be police officers, they took the woman by force and put her in a car where other accomplices were waiting. On the way, they interrogated and mistreated her, accusing her of belonging to ETA. Eventually, they ordered her out of the car at Kilometre 3 on the San Martín de Valdeiglesias road. Emilio Hellín shot her twice in the head from point-blank range. She fell to the ground where Ignacio Abad shot her again.