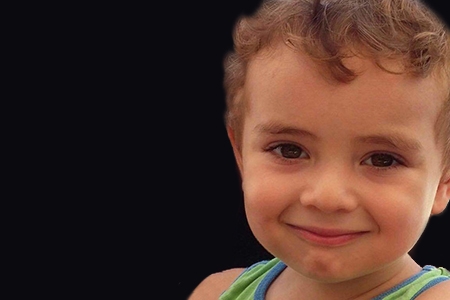 Xavier Martínez Mompart was barely three years old when he was killed in a terrorist attack. He was walking with his great-uncle Francisco López Rodríguez –also killed in the attack– his great-aunt, his mother and his sister along Las Ramblas when he was hit by the van. He fell out of his pushchair, hit his head and died.