On 22 May 1990, the body of Virgilio Do Nascimento Afonso, a young Portuguese man aged 24, was found in the Buenavista district of San Sebastian. He had been shot dead. Initial police investigations suggested that the killing was the result of inter-gang violence, as the victim had a record for possession of arms and, according to police, was a member of a drug trafficking gang. However, a month later, in a statement published in Egin newspaper, ETA claimed responsibility for the murder, justifying it on the grounds of the victim’s involvement in drug trafficking. 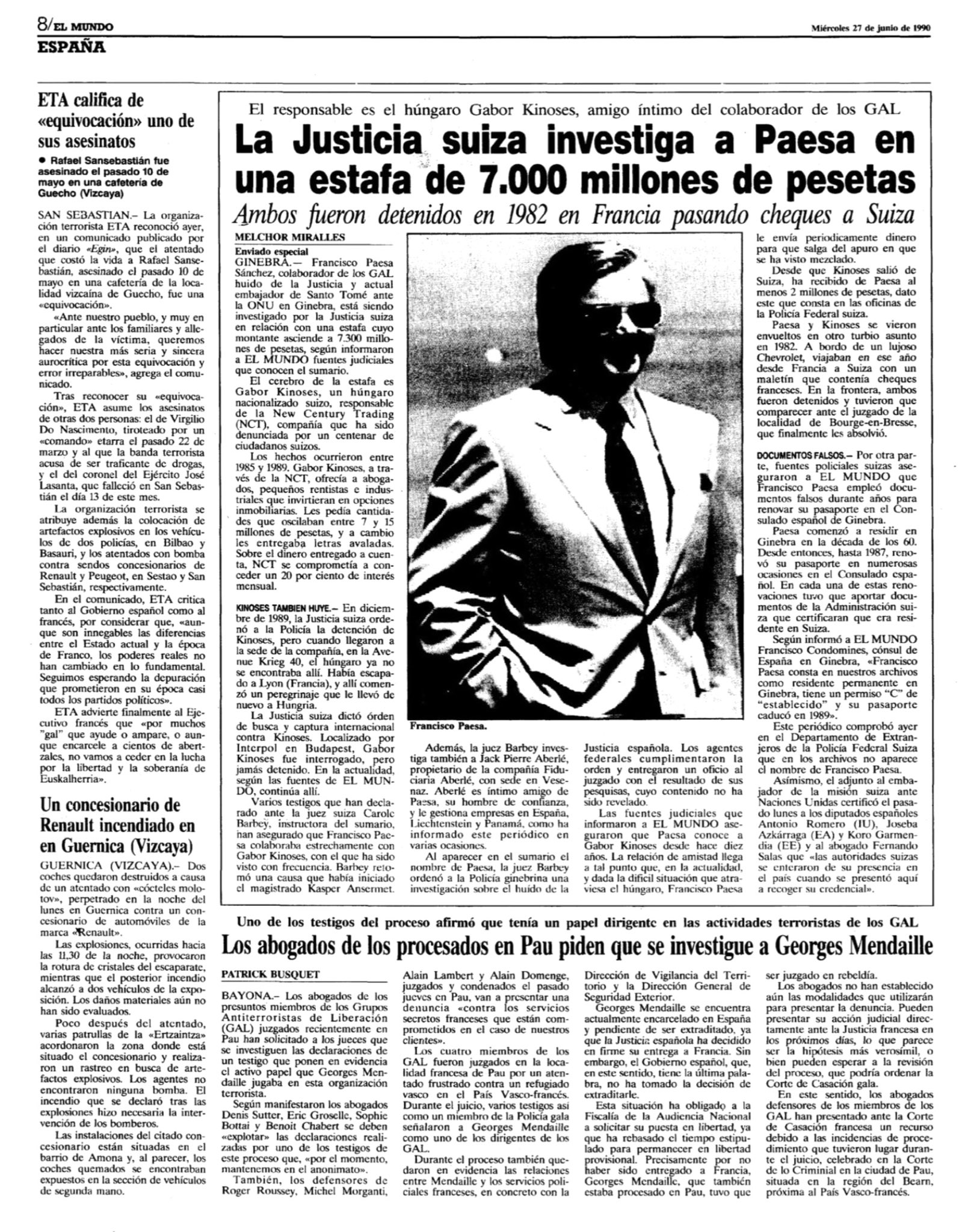 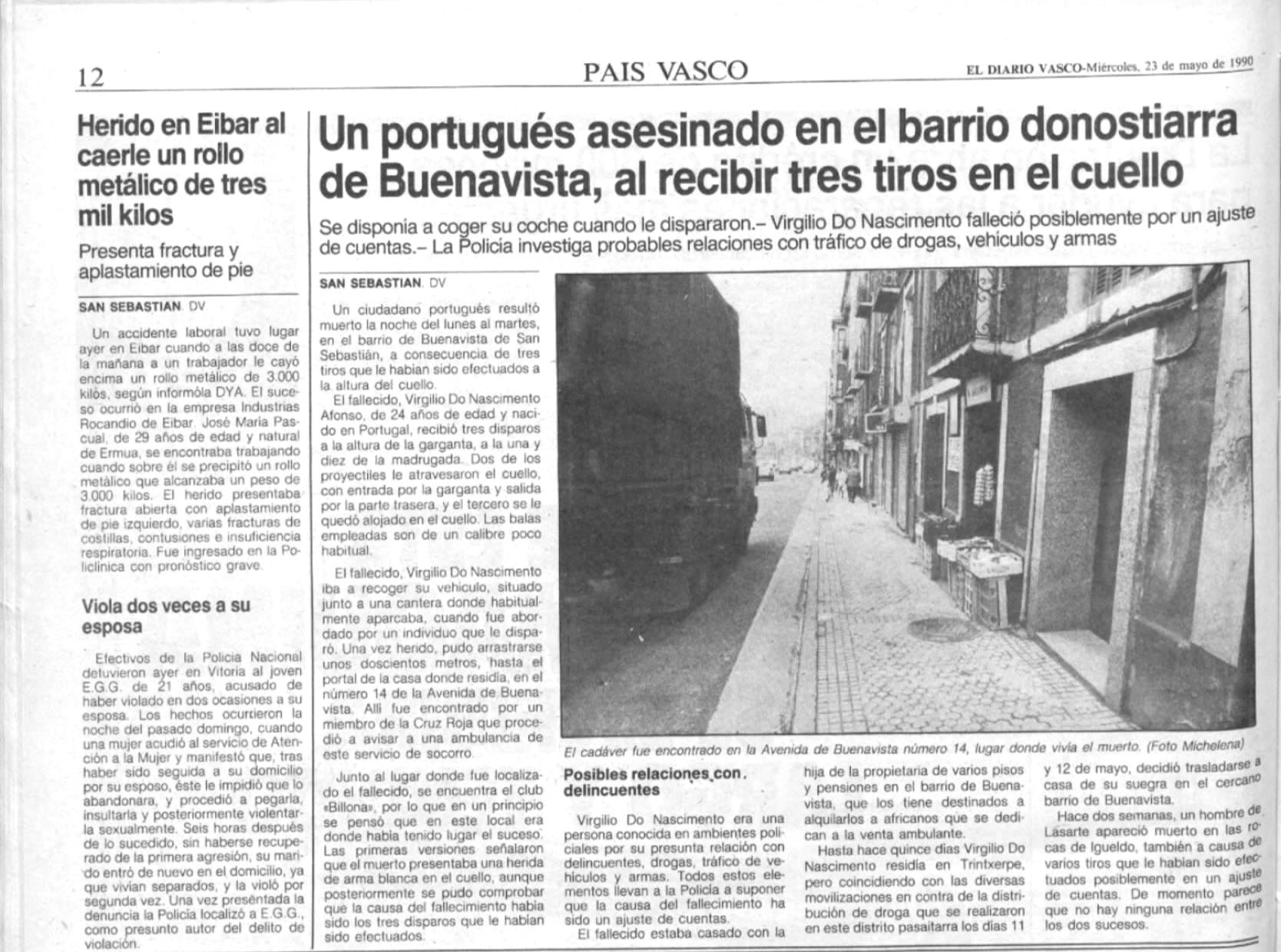