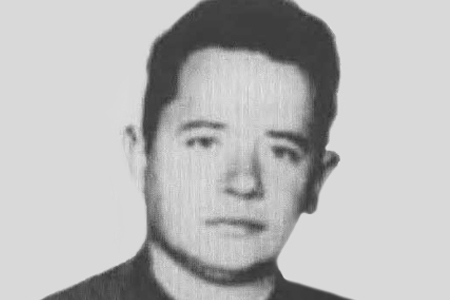 Victorino Villamor González and five other civil guards (Antonio Marín, José Gómez Martiñán, José Gómez Trillo, José Martínez Pérez and Alfredo Díez) were on duty in a convoy of two Land Rovers escorting a vehicle belonging to the arms factory Esperanza y Cía. They left the factory in Marquina at around 7.30 am on Friday 1 February.

However, they were being watched by a number of terrorists who overtook the convoy and joined other members of the group at Kilometre 53 of the road, in the environs of Ispáster. At around 8.15 am, the convoy reached a winding stretch of the road where it was had to reduce speed. There it was caught in a mortal ambush. The two Civil Guard Land Rovers were attacked with assault rifles, machine guns and hand grenades. Over a hundred rounds were fired in all. The officers inside the Land Rovers were hit by the terrorist gunfire and either badly wounded or killed in the vehicles.

After the attack, several terrorists approached the vehicles and threw a hand grenade into the first of the Land Rovers to ensure that none of the civil guards would survive. They then tried to do the same with the second vehicle. However, the grenade exploded before the killers had time to get away. Two of them (Gregorio Olabarría Bengoa and Javier Gorrotxategui Argote) were seriously wounded. Although the other members of the ETA unit took their wounded colleagues to a nearby bar, where they asked the owner to call a doctor, Olabarria died before he arrived. Gorrotxategui was also killed. The other terrorists left his body at the gate to the municipal cemetery of Ermua, wrapped in a Basque flag. 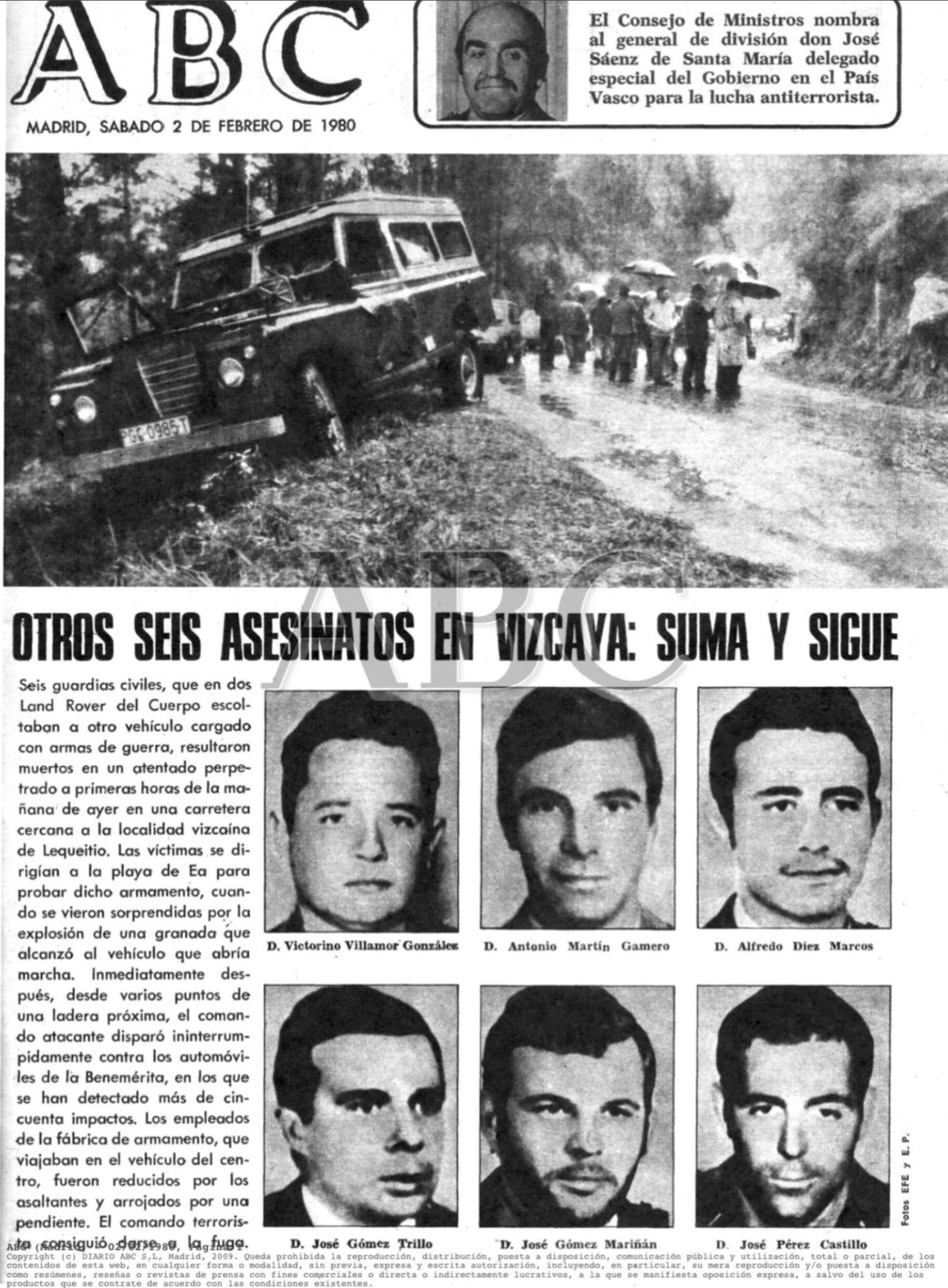 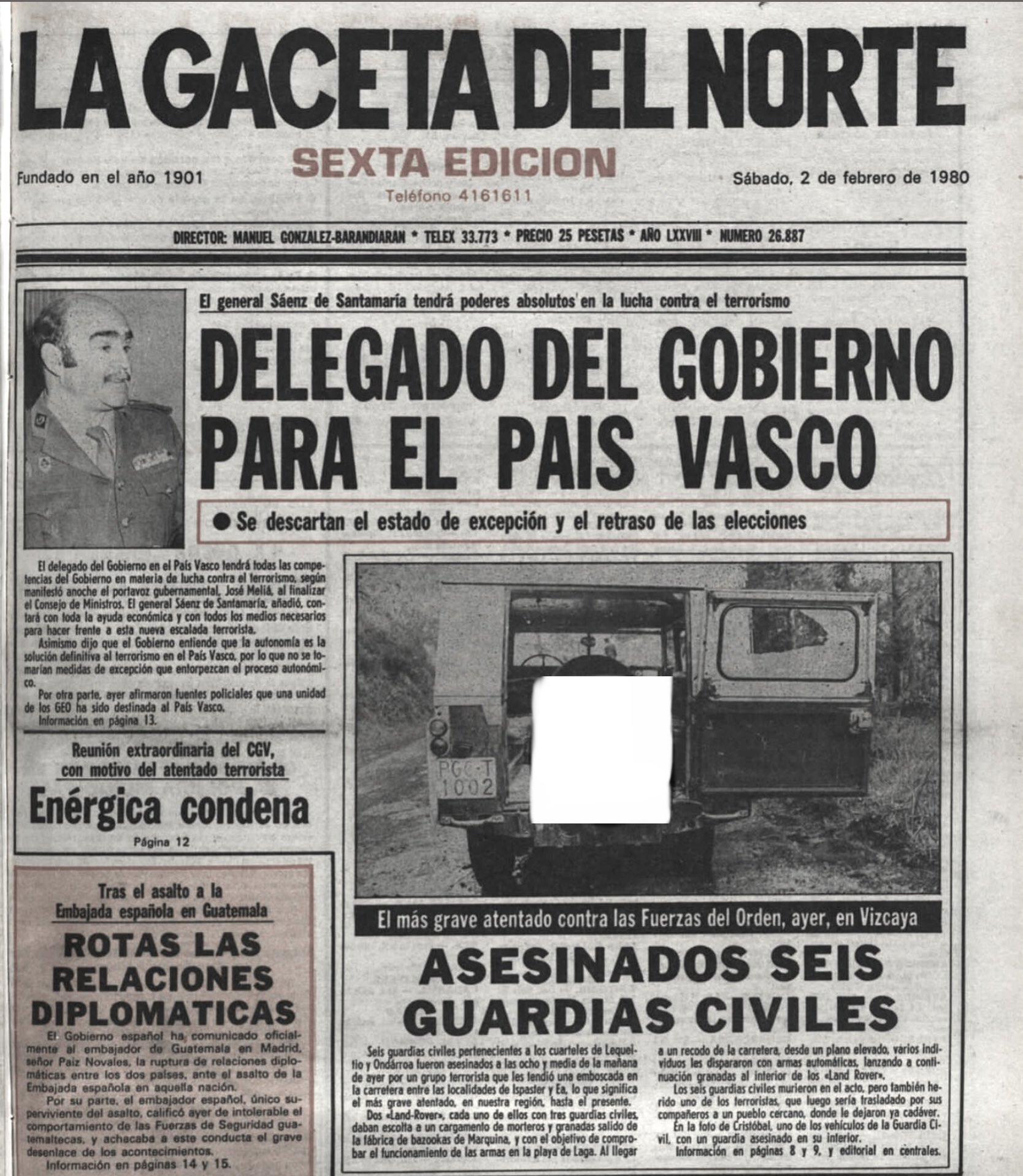 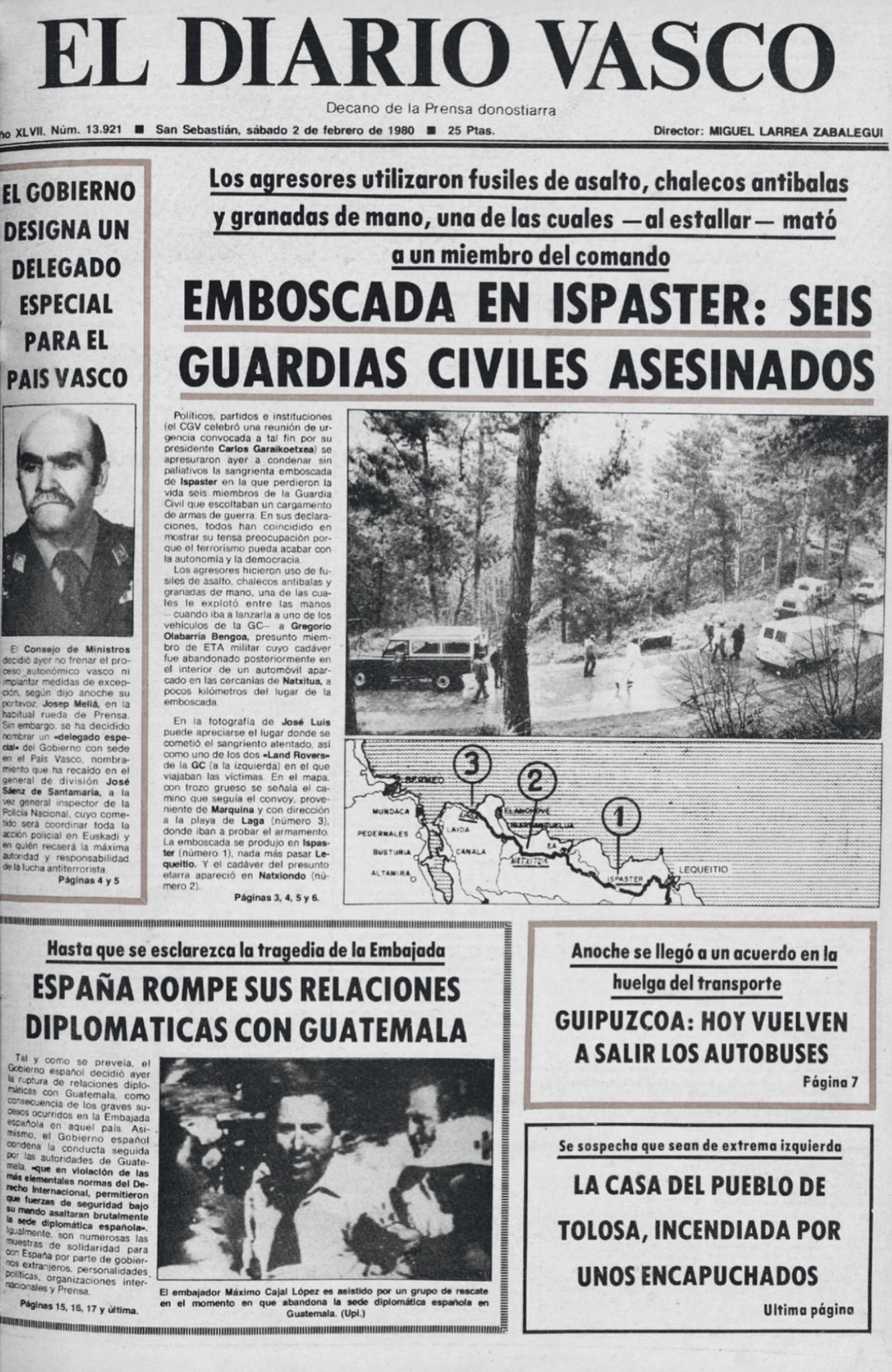 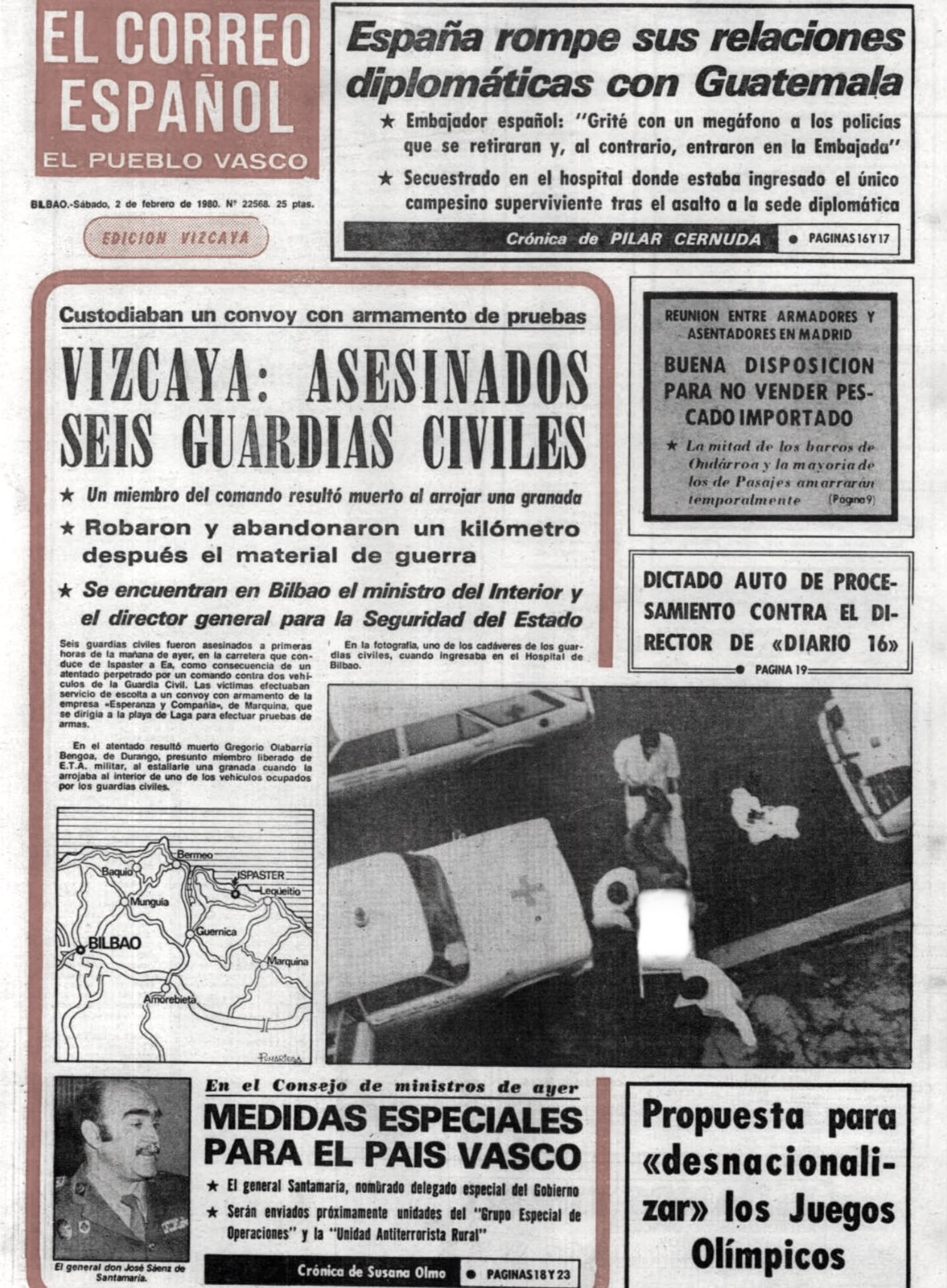