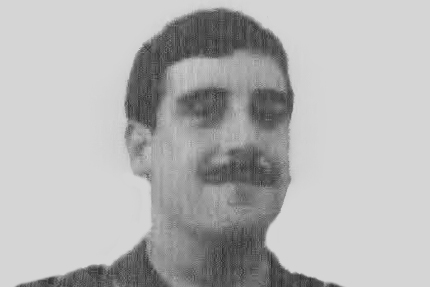 Born in: Extremadura
Age: 21
Offspring: 0
Marital status: Single
Job: Second Guard of the Civil Guard
Date of the attack: 28/09/1984
Place of the attack: Burgelu
Weapon: Others explosives
Killed by: ETA

The Municipal Police of Vitoria received an anonymous tip-off that a bomb had been planted on the rail line. A Civil Guard bomb disposal squad, escorted by a patrol from the Rural Action Group and another unit from the Civil Guard station in Alegría, went to the scene.
The killers had placed a decoy device on the rails and hidden a second bomb on a path surrounded by bushes, some distance from the decoy. The police stopped a passenger train to allow the specialists to determine whether or not the bomb was real. As they were approaching the fake device, inspecting the track as they went, one of the officers tripped over a thin piece of fishing line hidden in the undergrowth. This triggered the detonator and set off the booby trap bomb on the embankment, containing around eight kilograms of Goma-2.
Eight civil guards were caught in the powerful explosion. Victoriano Collado Arribas, Agustín Pascual Jove and José Luis Veiga Pérez were killed instantly. Another five officers were injured, one of them —Manuel Gallardo— seriously. 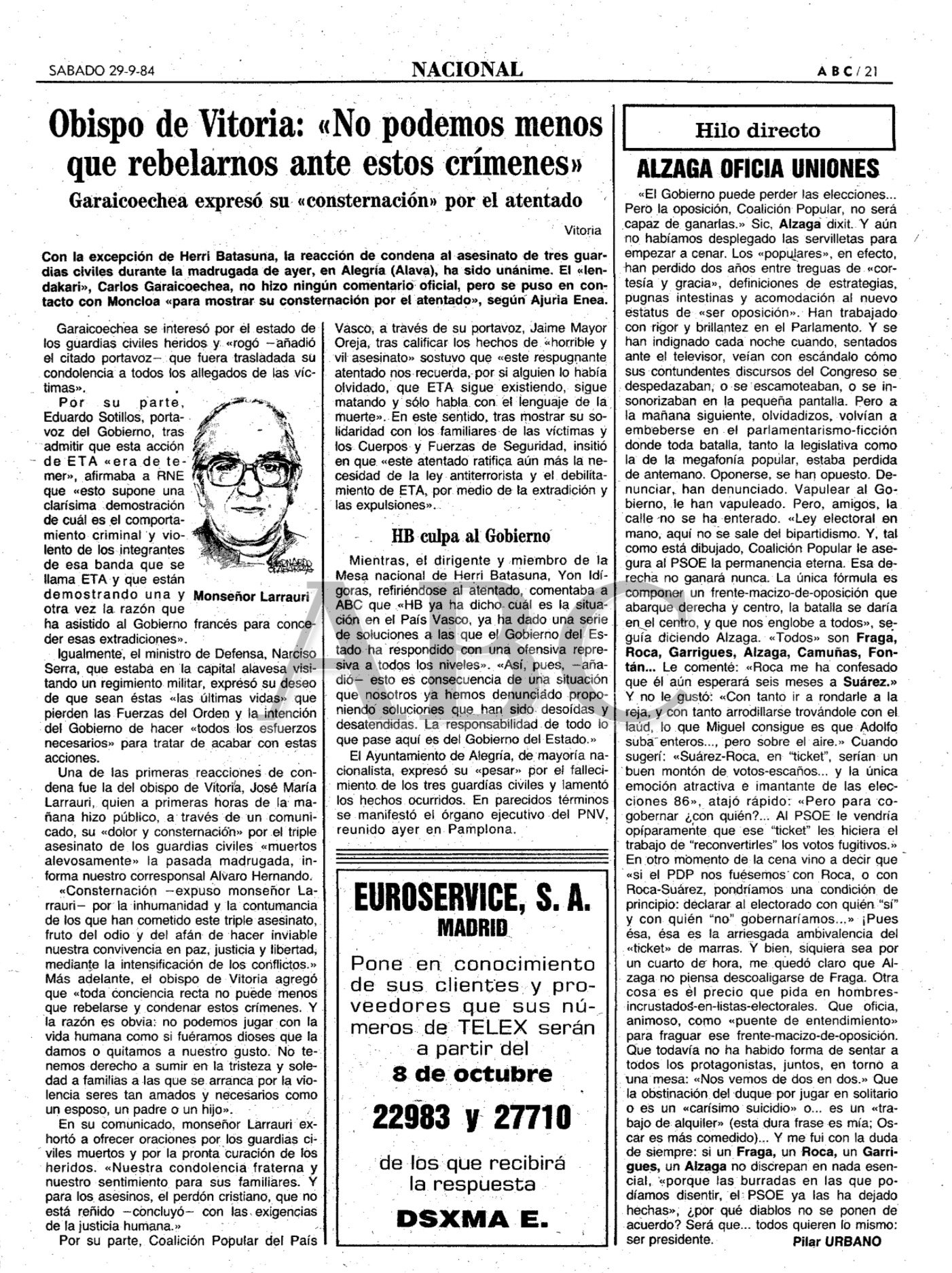 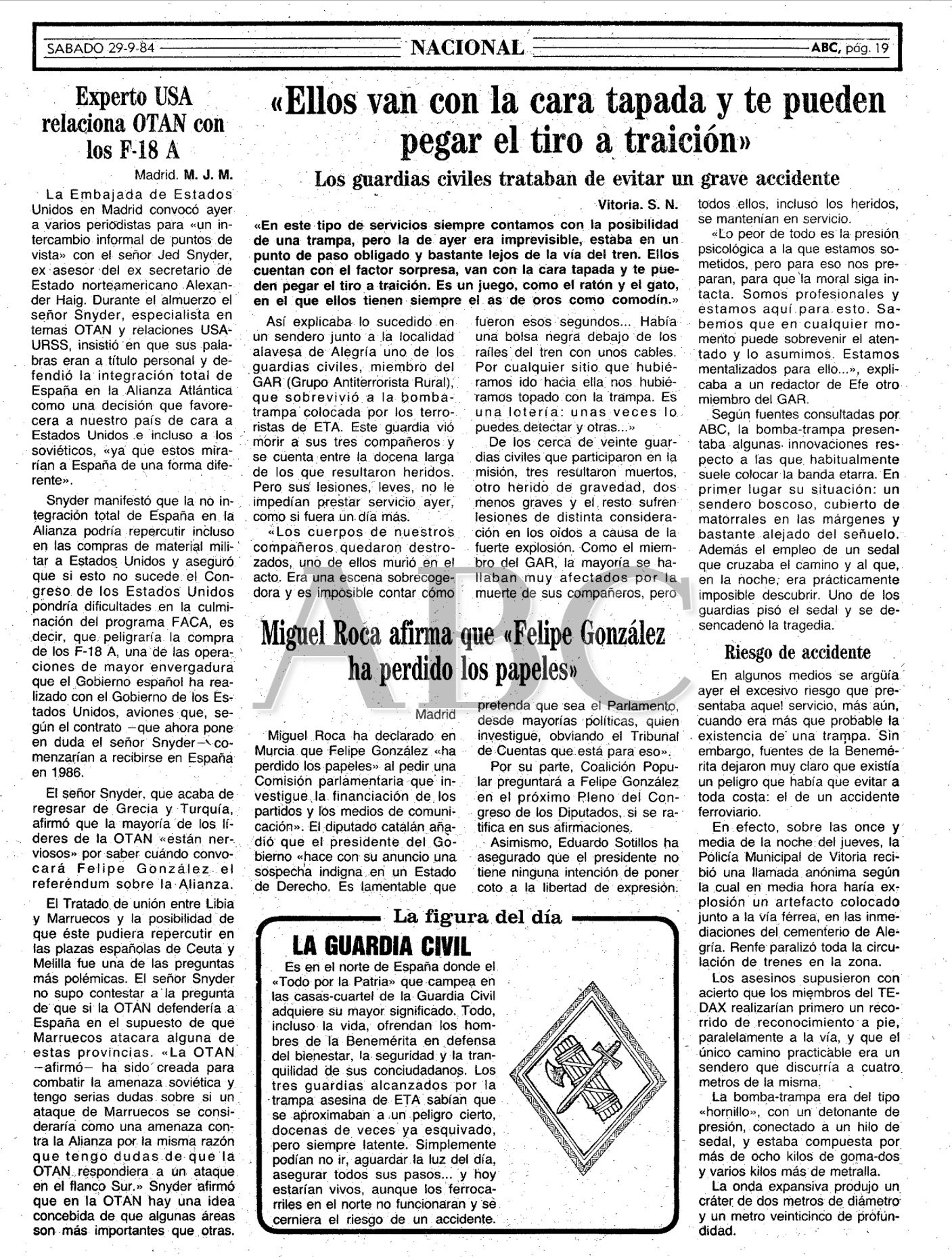 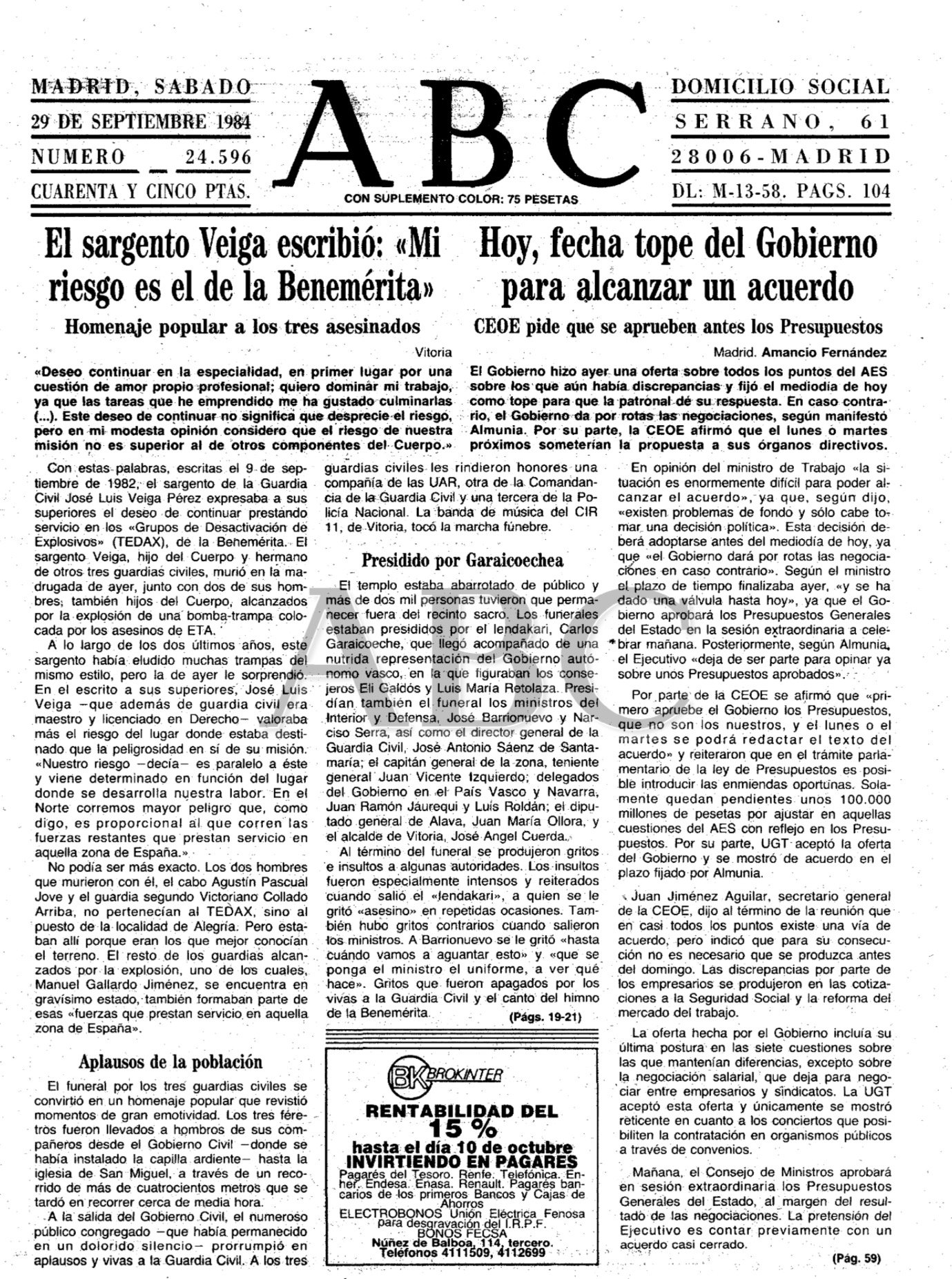 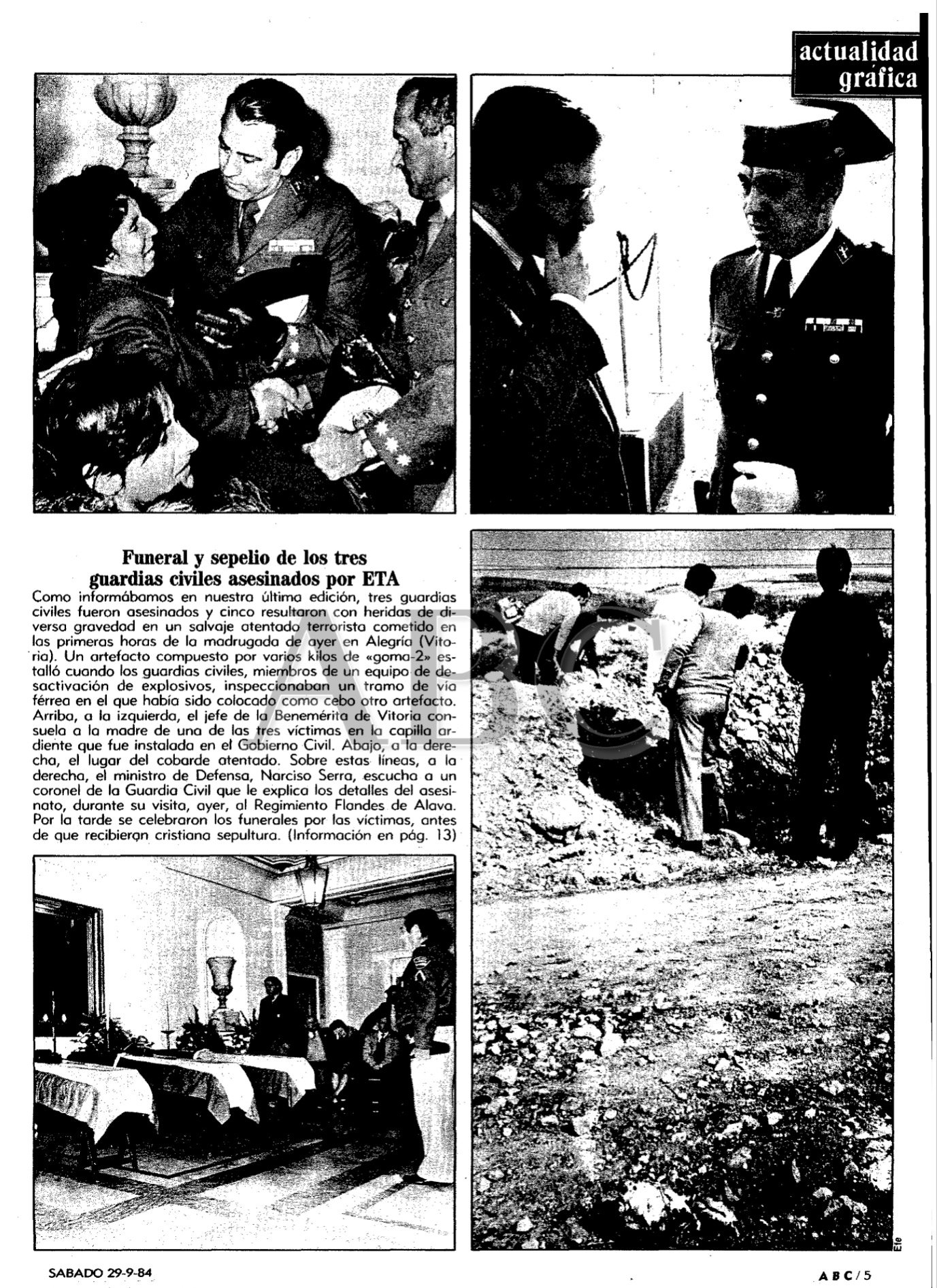