At 11 am on 3 November 1976, two members of a GRAPO unit shot dead security guard Vitoriano Cobo Sánchez during a raid on an agency of the Central Bank situated on Avenida Virgen de Montserrat in Barcelona. After threatening the seventeen employees and five clients who were in the bank at the time, they disarmed Victoriano Cobo and one of them ordered everyone present to lie on the ground, while the other robber took a total of 800,000 pesetas. As the raiders were heading for the exit with the money, they forced Victoriano to get up and shot him three times, hitting him in the hand, heart and neck and killing him instantly. 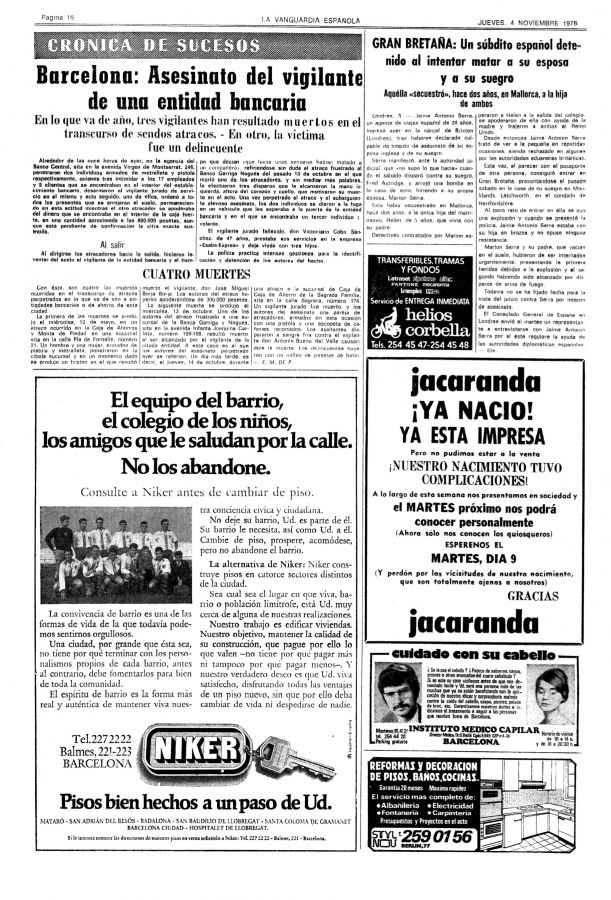 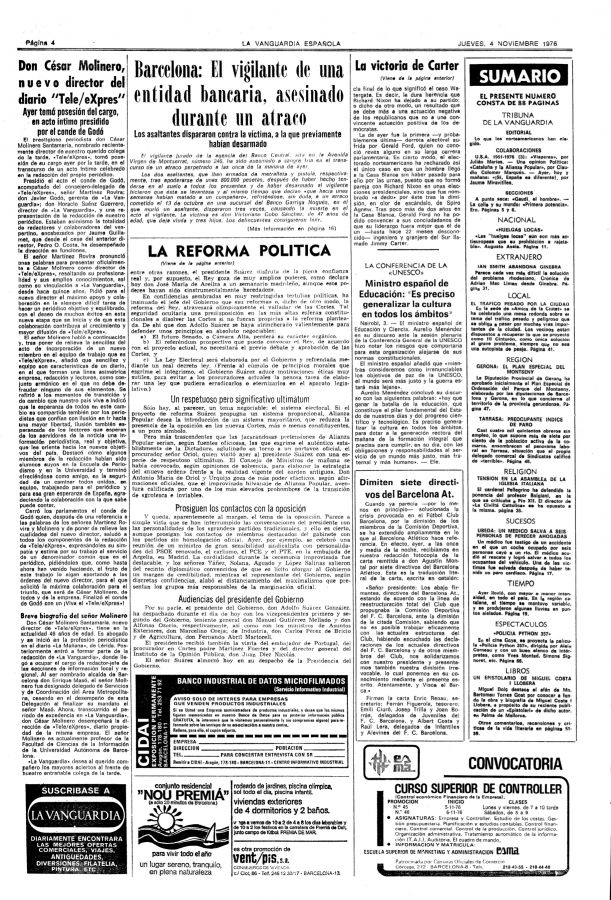