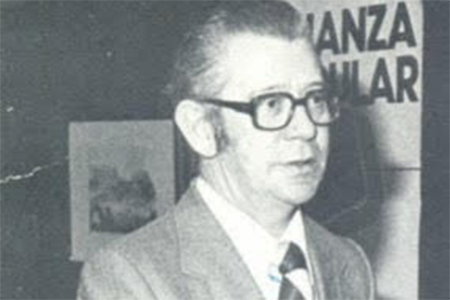 Vicente Zorita Alonso had left home in the late afternoon with friends. One of his daughters, aged 15, confirmed that she had seen her father returning home at around 10 pm. It appears to have been at that point that he was abducted by a number of terrorists, who had been waiting for him in the doorway of his home. At around 11:00 pm, some young people found Vicente’s body in a ditch near the Cabieces district and alerted the municipal police. He had a woollen cap over his face and his head and body were riddled with bullets. His mouth had been covered in a Spanish flag.
The victim had stood for election to the Basque Parliament with Alianza Popular and was a member of the party’s executive in Vizcaya. 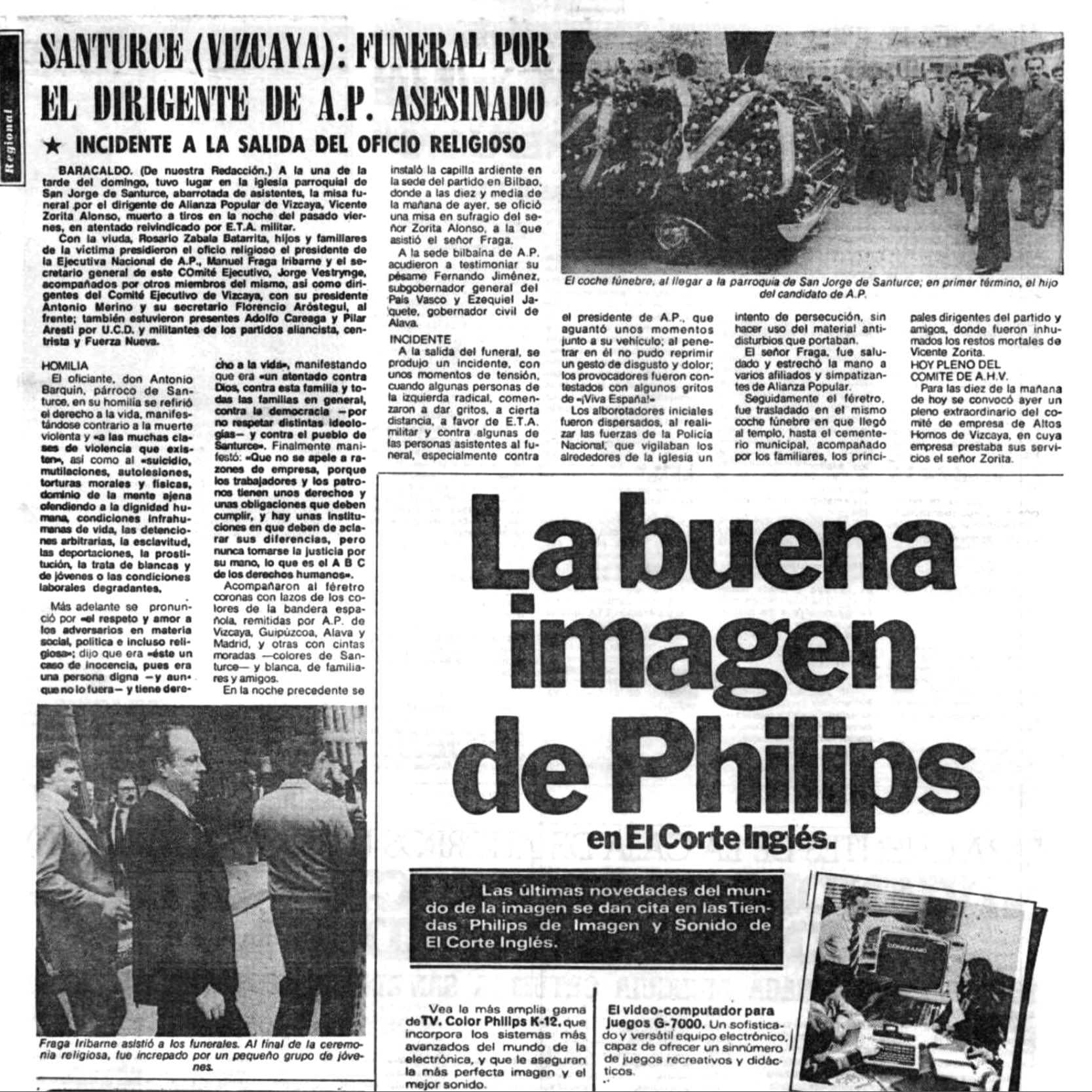 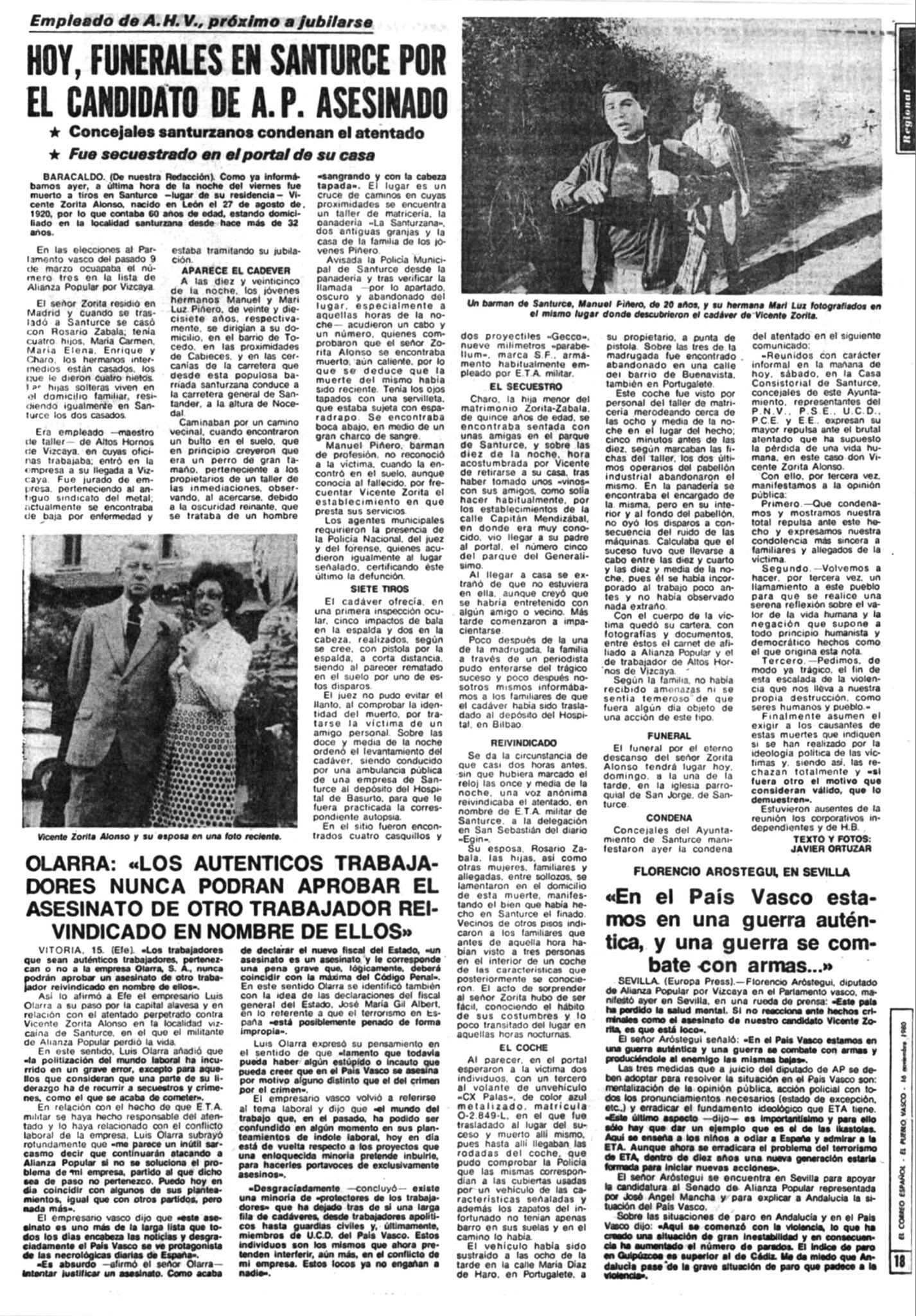 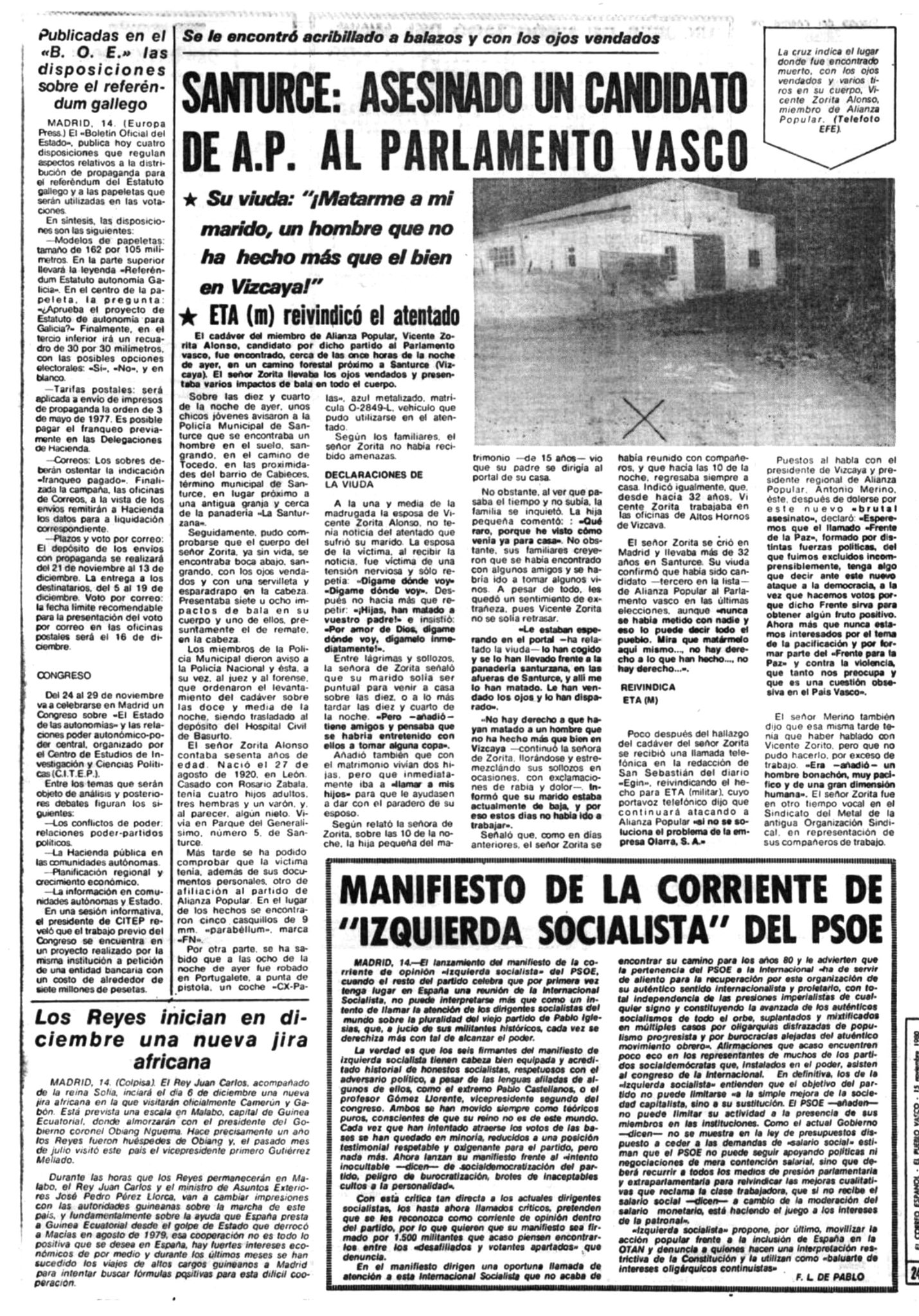 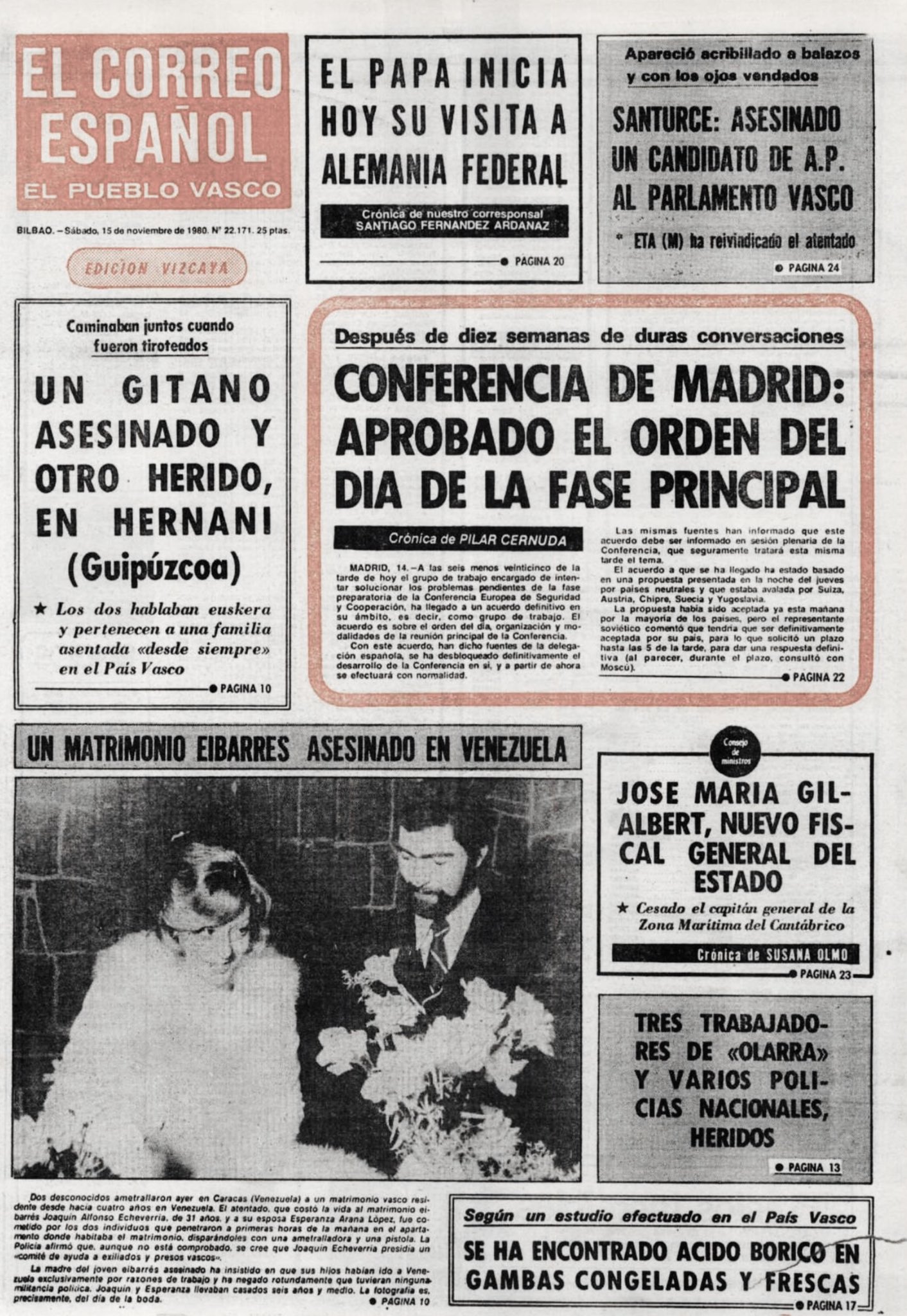