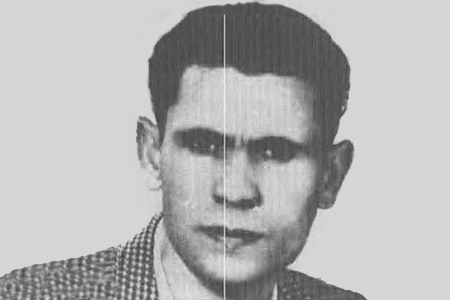 Vicente Soria Blanco worked at the Ormaechea bolt factory in Placencia de las Armas. On the morning of 30 March 1976, he was on his way to the business when two ETA members shot him eight times at very close range before getting away in a car. A workmate, Aurelio Torres, witnessed the attack and came to Vicente’s aid. All the victim could say was “They’ve killed me, they’ve killed me”. As they were making their escape, the terrorists tossed out a German-made grenade that failed to explode because the safety catch was still on. It was removed two hours later by the Civil Guard.

Vicente Soria had been living in the Basque Country for twenty years, where he had married and had four children. His family speculated that he was killed because some of his friends were civil guards. 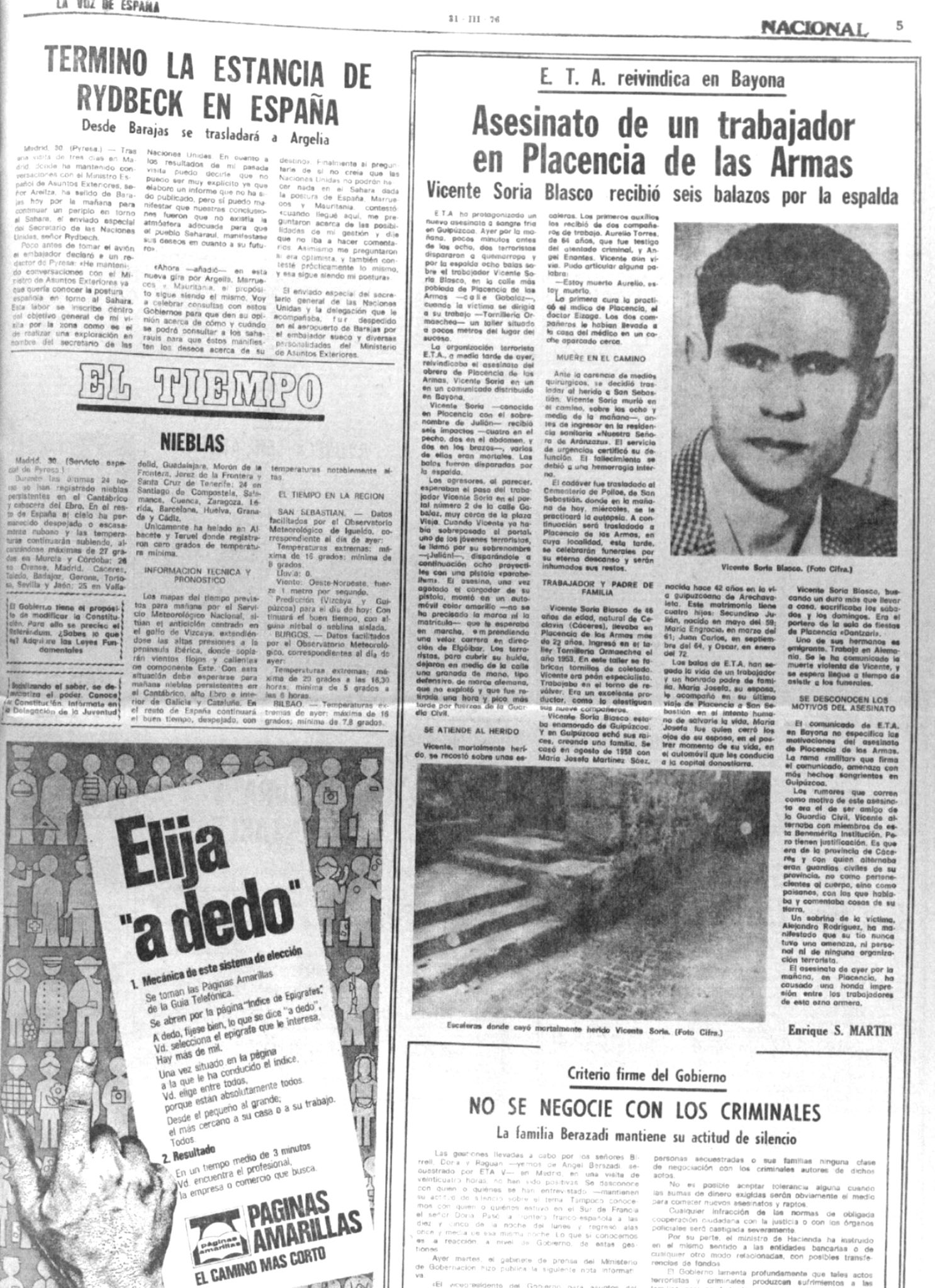 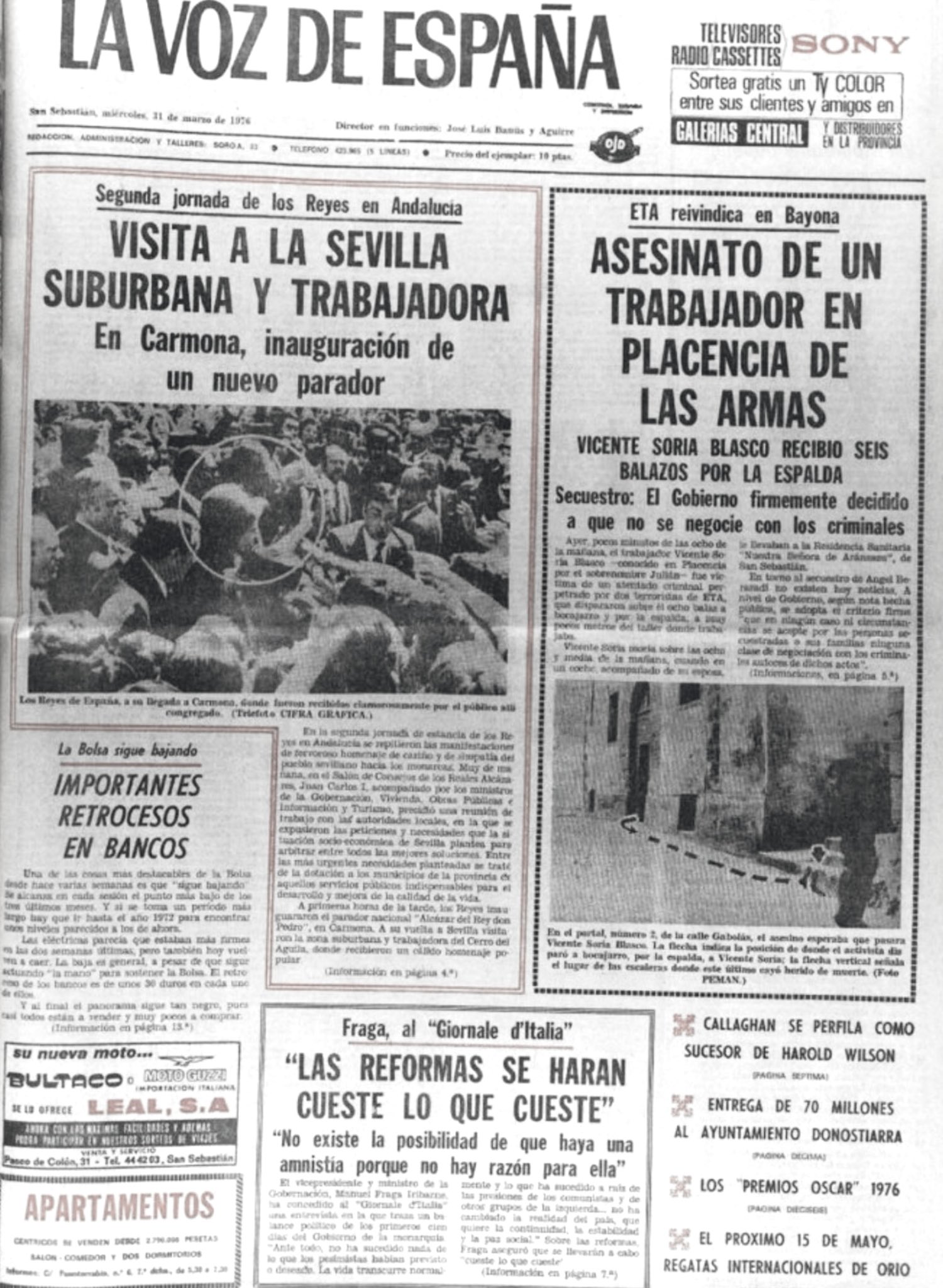 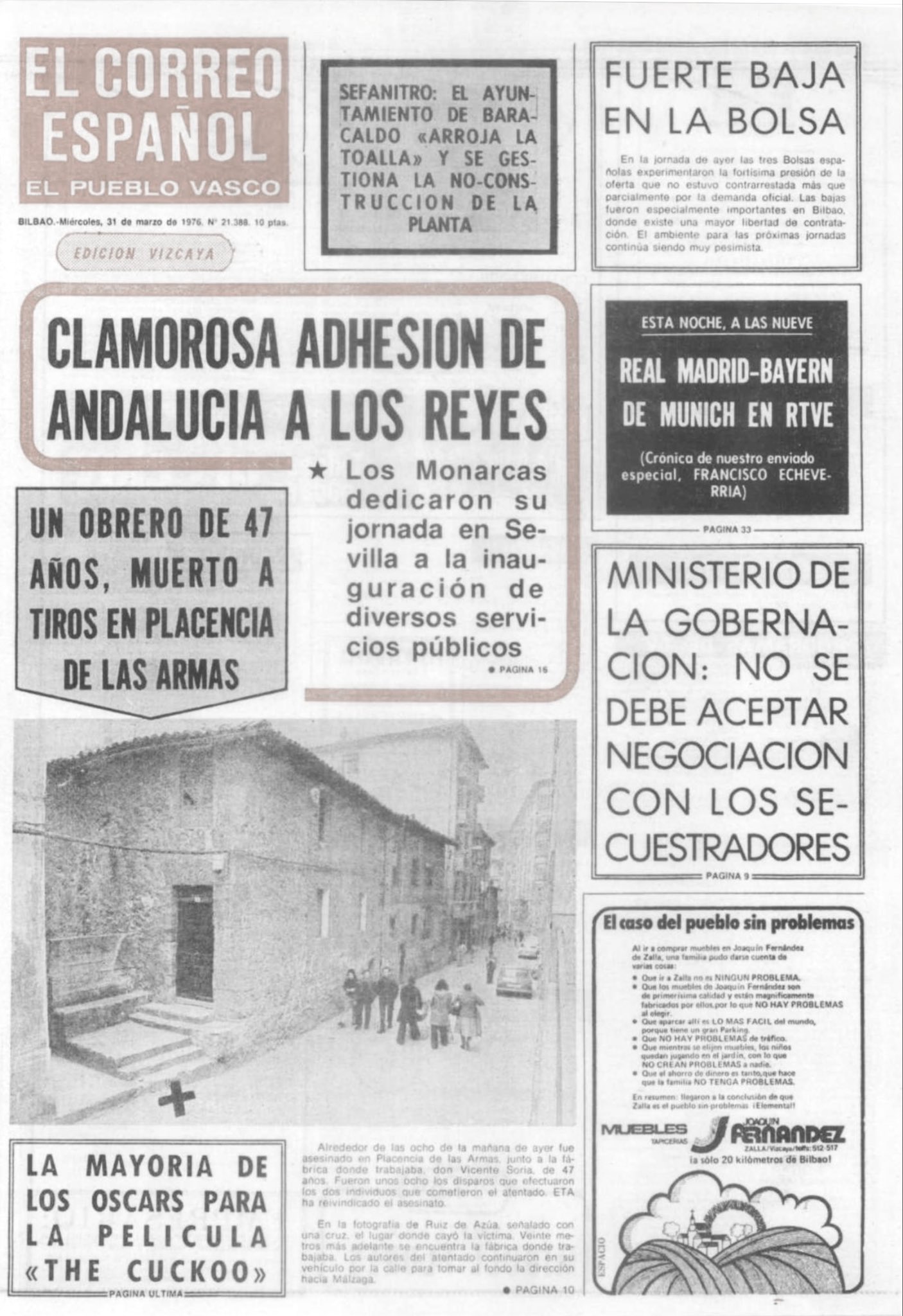 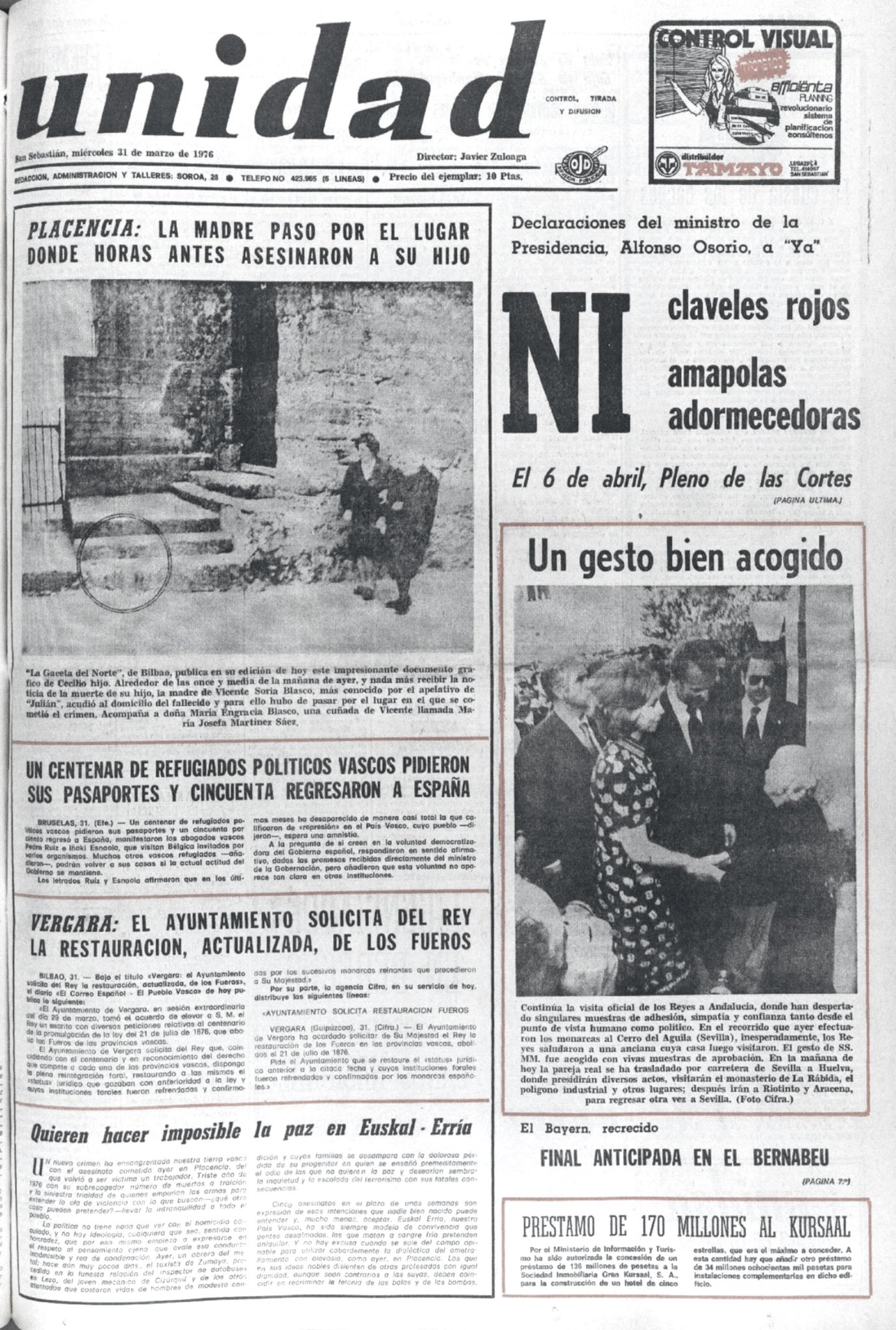