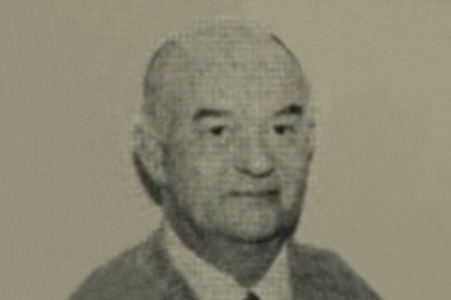 Vicente Rubio Ereño was shot dead by a hooded ETA member when he was having a drink at the Zarza bar in Santurce with his friend, Juan González Fernández, who was wounded in the attack. The terrorist opened fire with a pistol from the door. He then got away with an accomplice in a car that had been stolen shortly before in Bilbao.
The victim, a well-known right-wing extremist from Santurce, had been a member of Franco’s guard. He was affiliated to the Falange movement and had received threats from ETA. He had also been a non-commissioned officer in the army before heading the Municipal Police of Santurce from 1969 to 1970.
The attack took place three days after the referendum approving the 1978 Constitution. 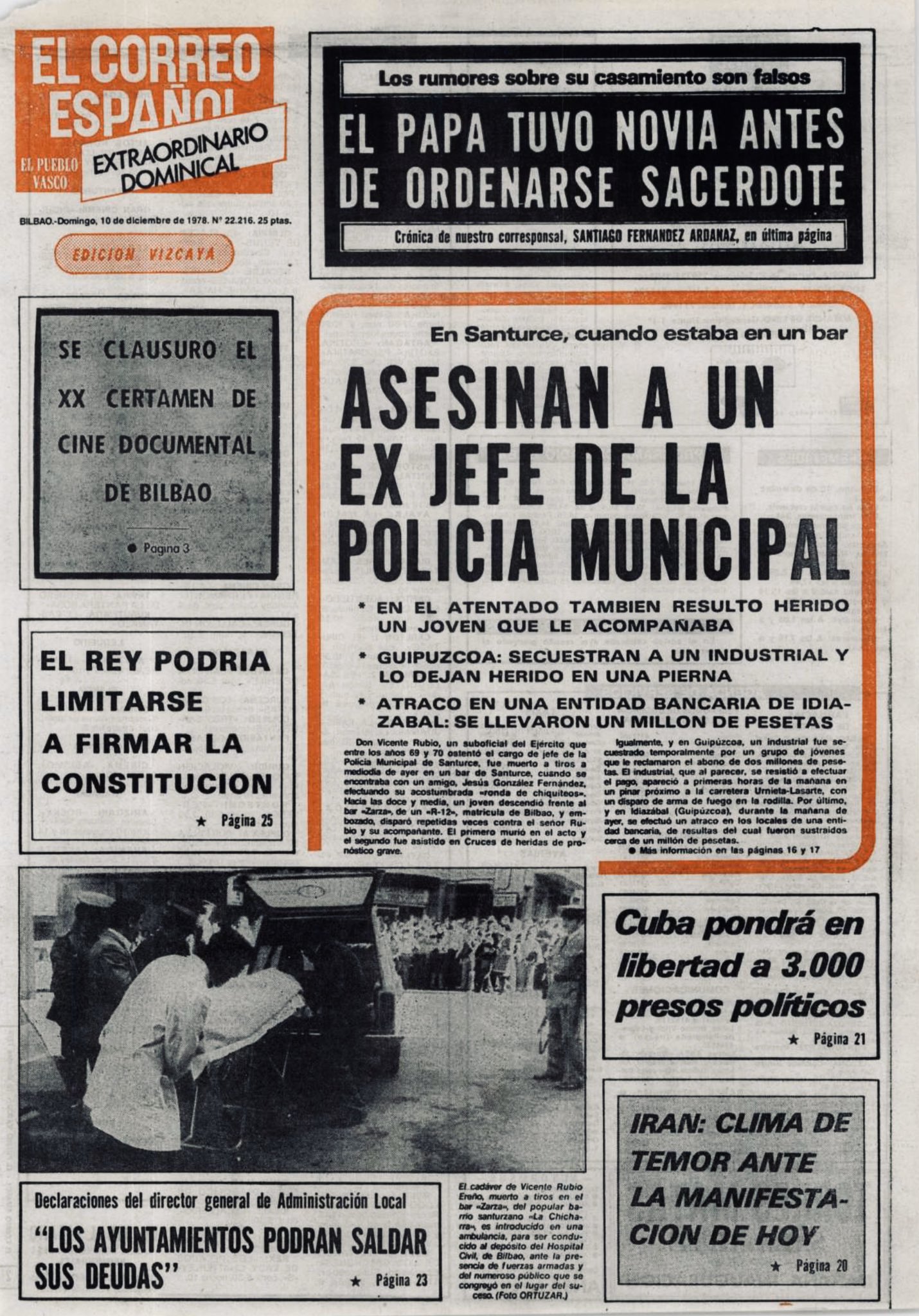 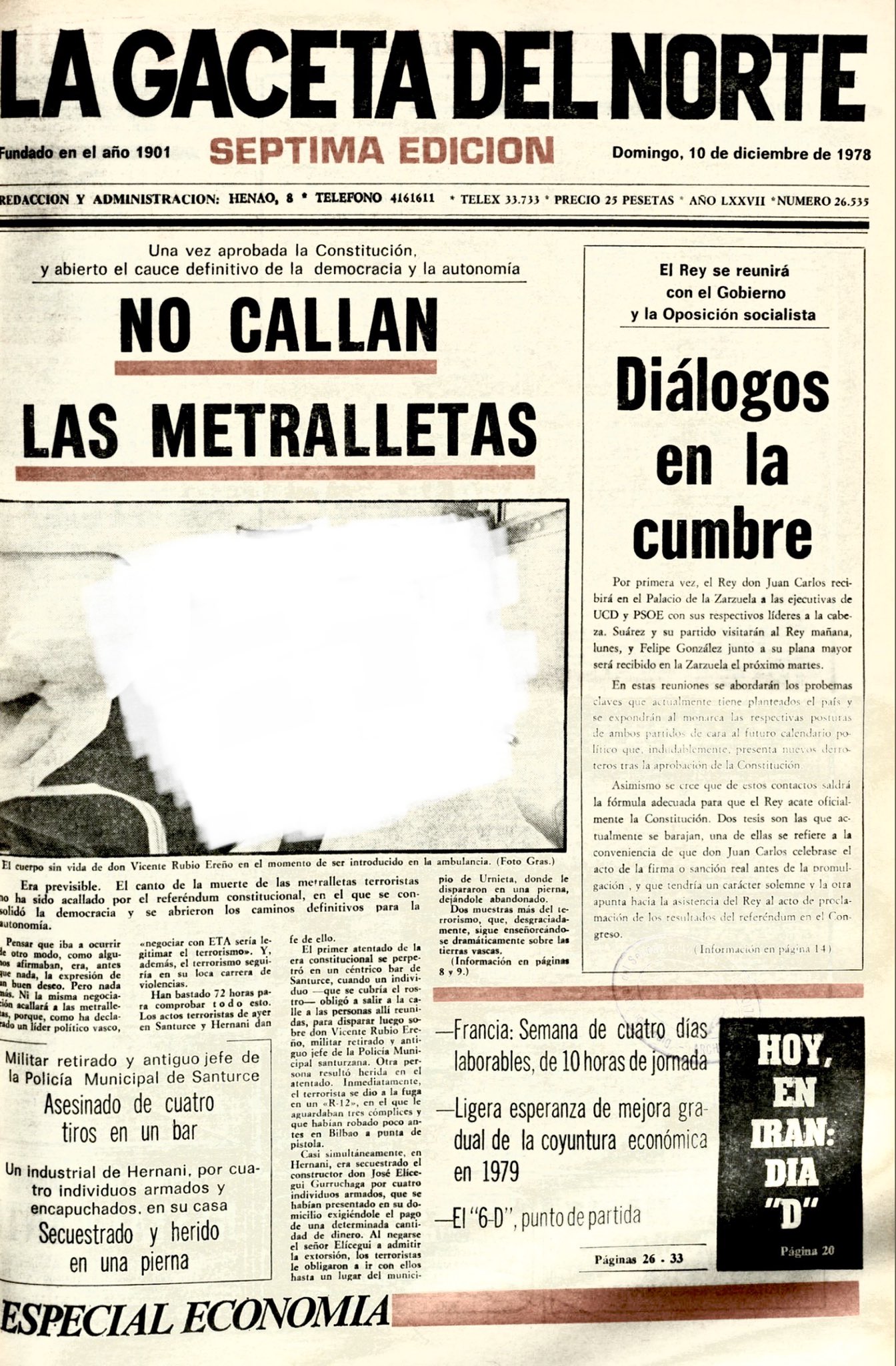 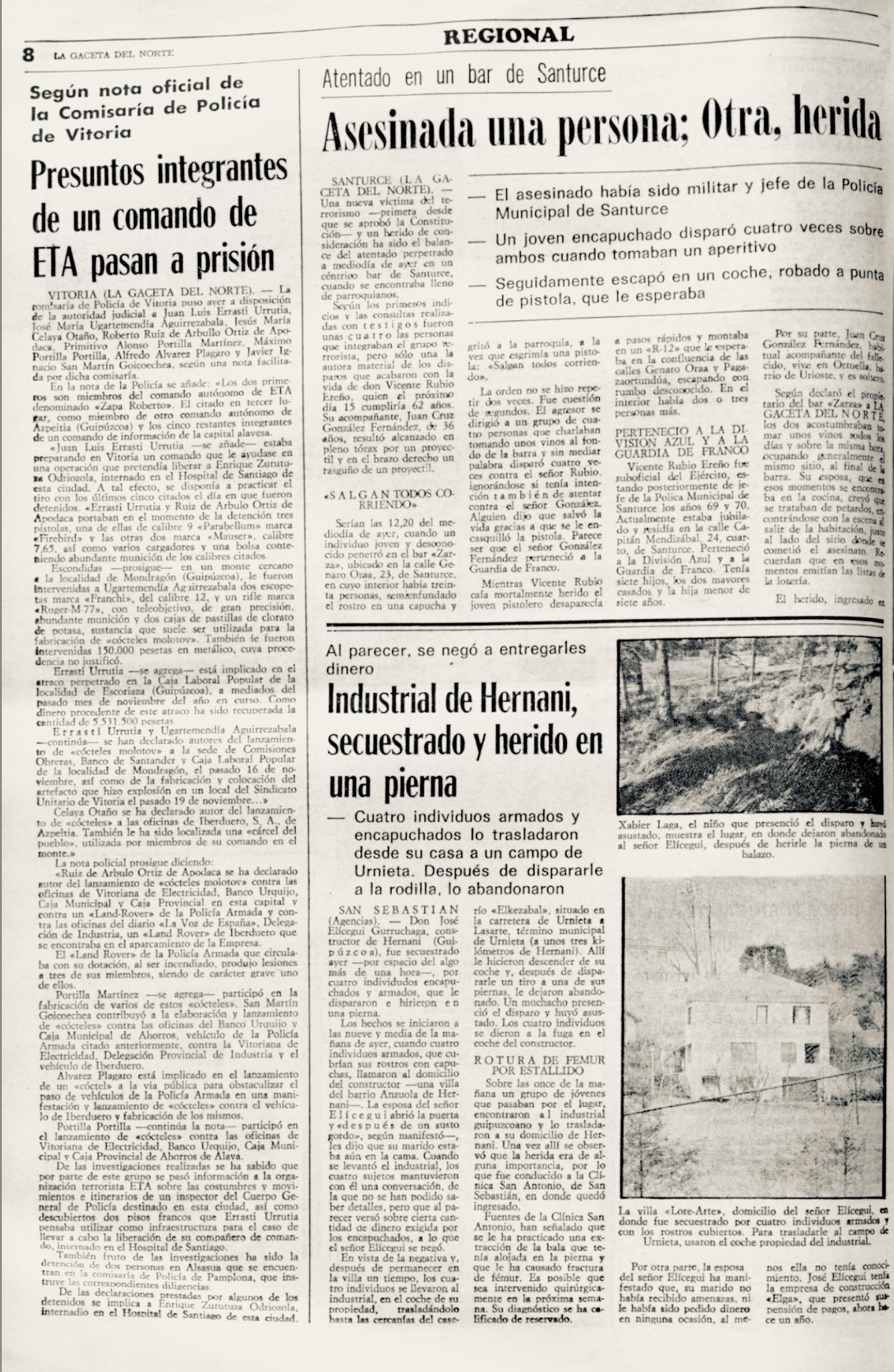 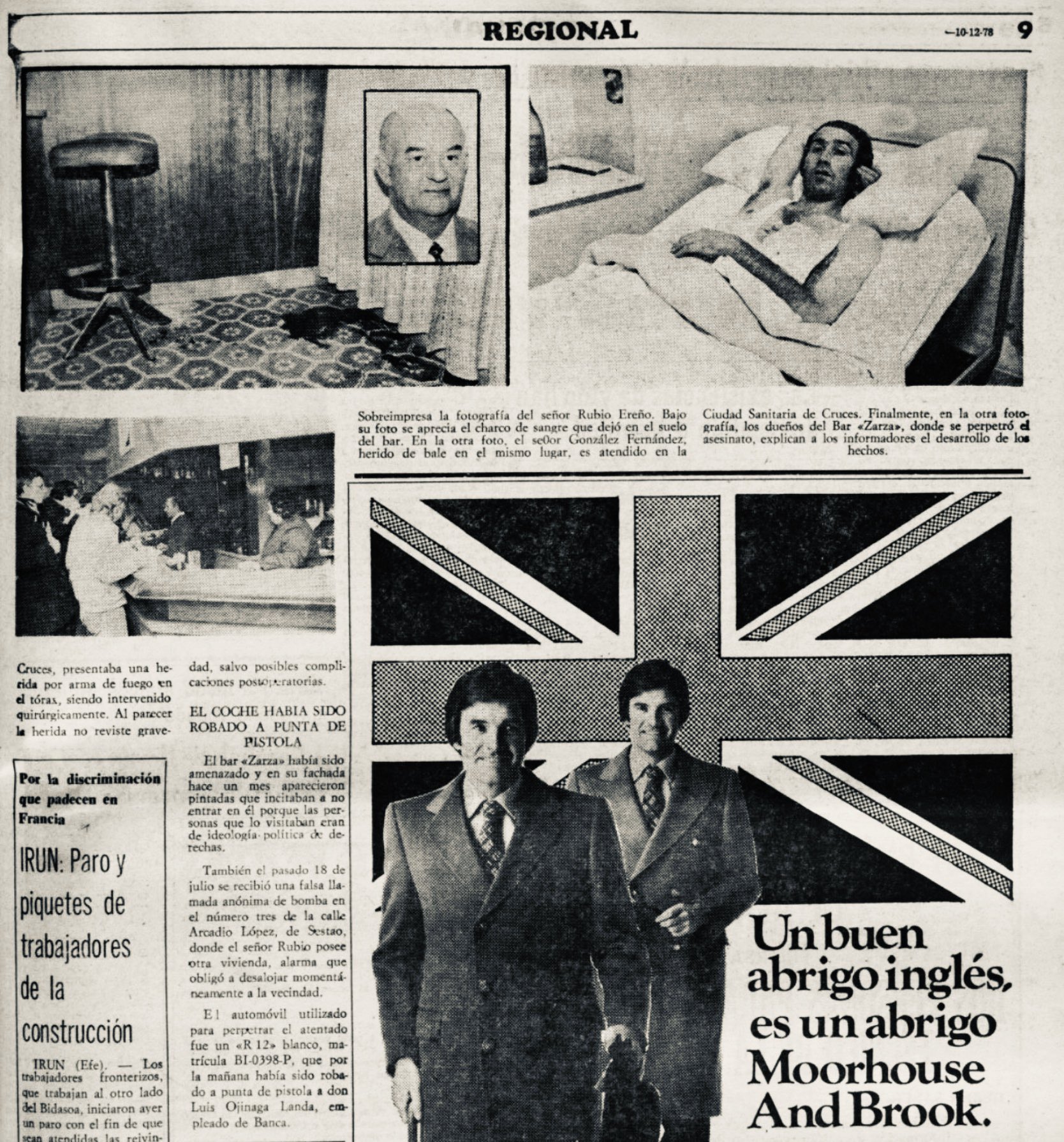