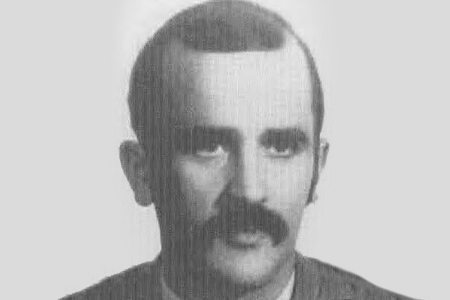 Born in: Euskadi
Age: 42
Offspring: 2
Marital status: Married
Job: Agent of the National Police assigned to the Escort Service of the Bilbao Headquarters
Date of the attack: 25/09/1987
Place of the attack: Barakaldo
Weapon: Bomb attached to the underside of the car
Killed by: ETA

At around 11:00 pm on 25 September 1987, Vicente Montoya Salazar was about to start his car to go to work. The car was parked close to his home in the La Paz district of Baracaldo. When he switched on the ignition, the limpet bomb attached to the underside of the car exploded. He lost both legs and suffered burns to much of his body and severe head injuries. His wife, Crescencia García, who was leaning over the balcony at the time, was also injured.

The victim died in Cruces hospital a few days later, on 2 October, from the injuries he had sustained in the attack. 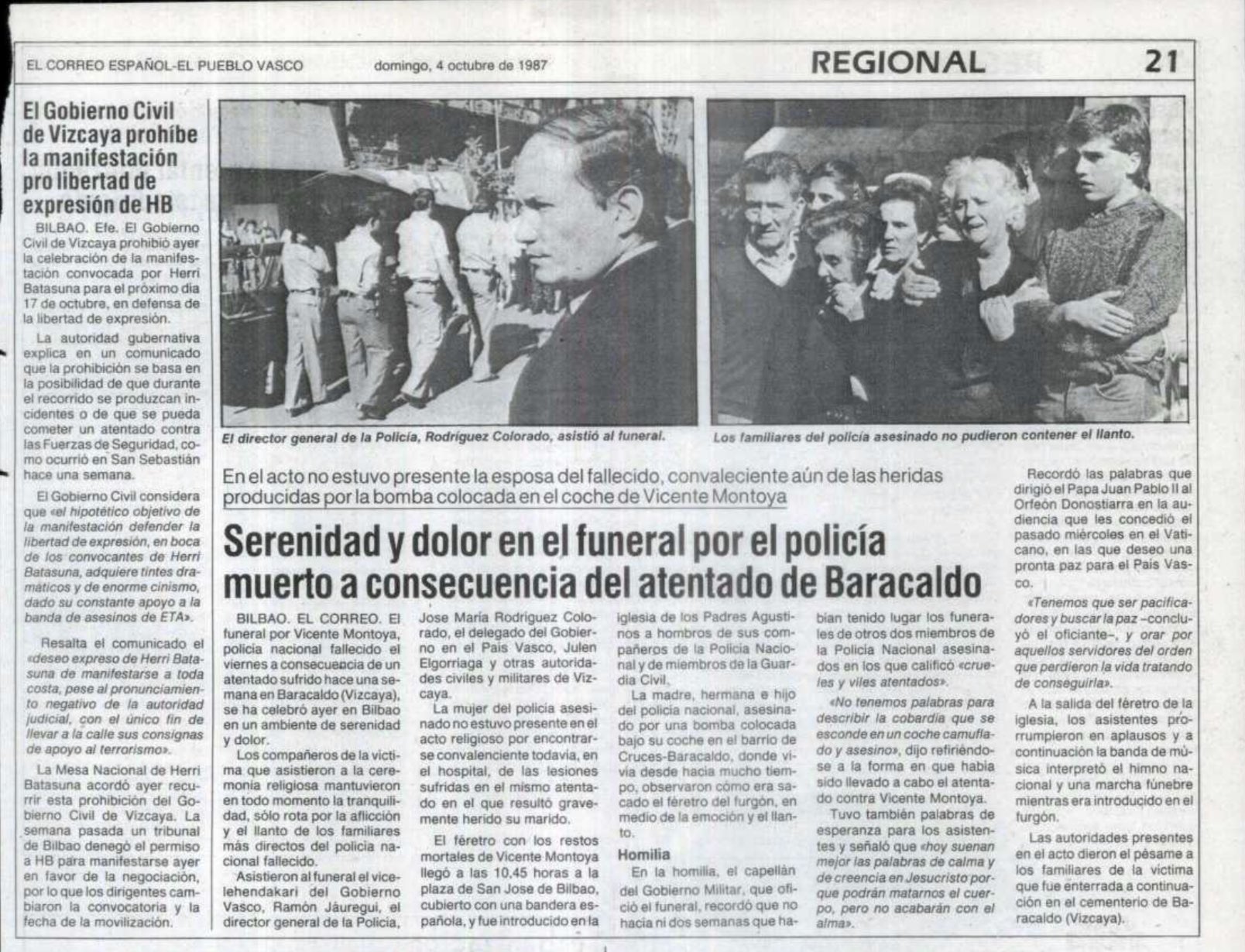 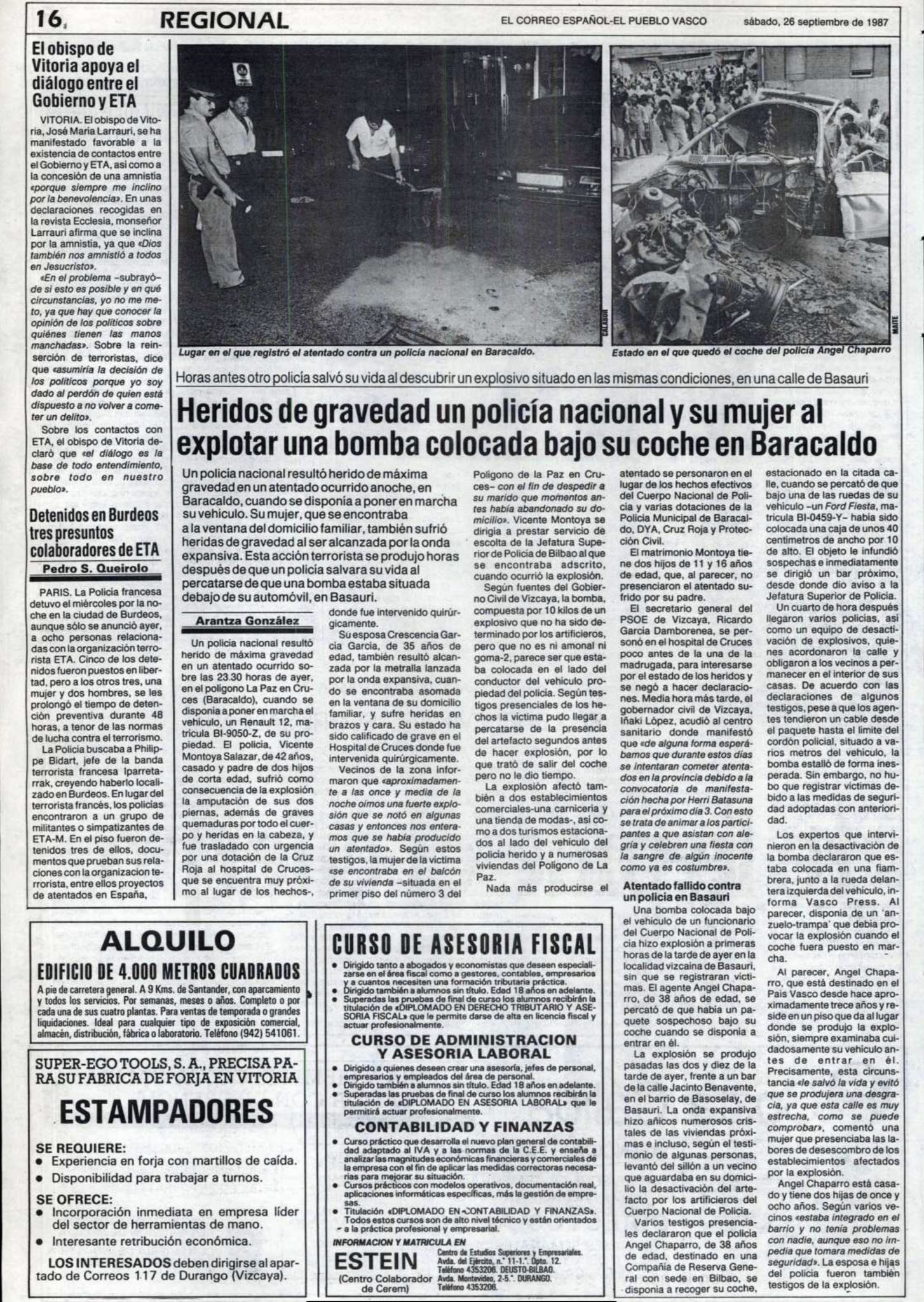 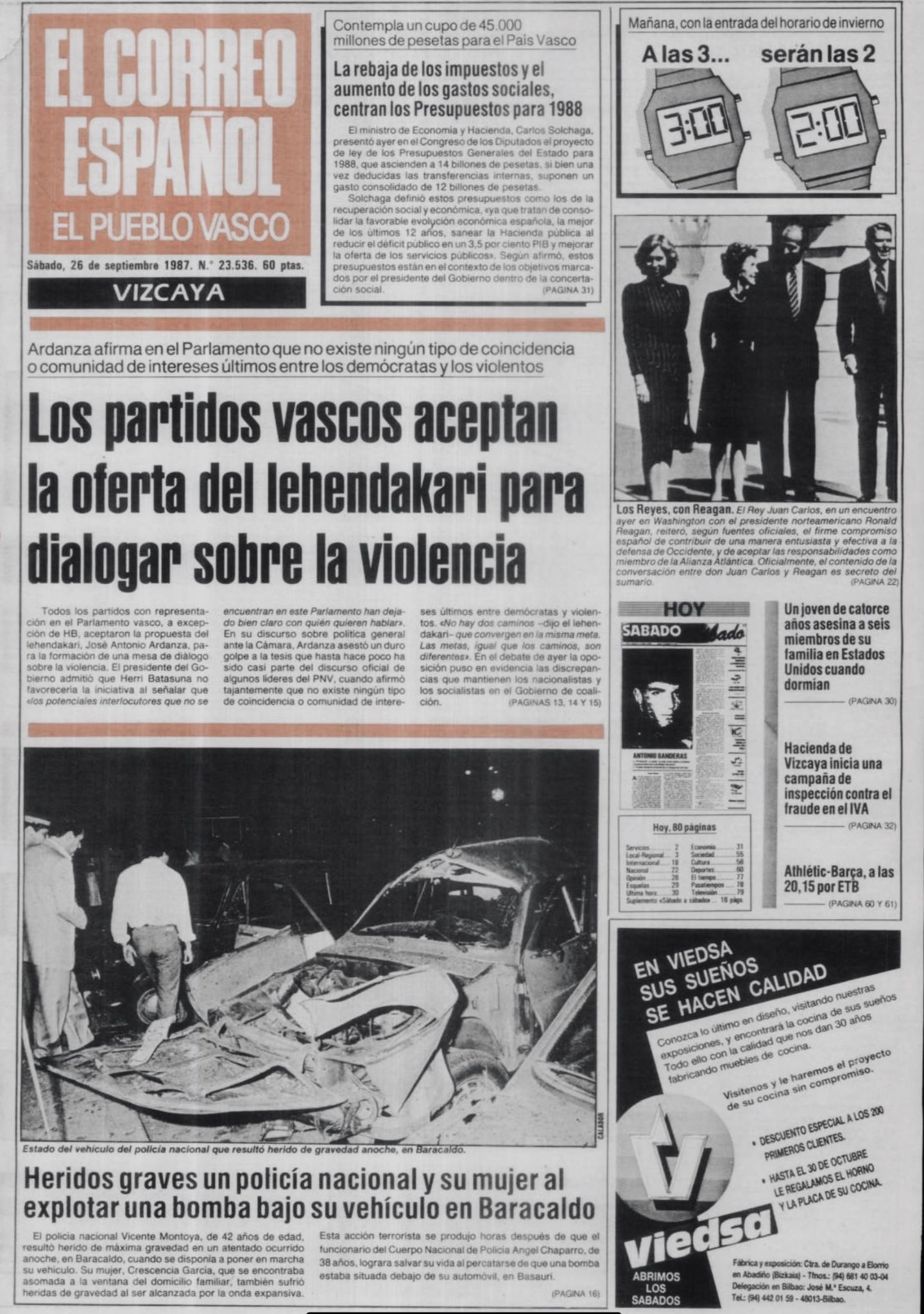