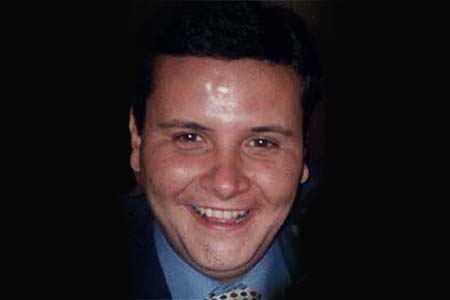 Born in: Madrid
Age: 37
Offspring: 0
Marital status: Married
Job: Manager in a consultancy
Date of the attack: 11/03/2004
Place of the attack: Madrid
Weapon: Others explosives
Killed by: Islamic terrorism

Each morning at 7.30 am, Vicente Marín Chiva boarded the same suburban train to Atocha, where he worked as a manager in a consultancy firm. He left behind a wife, whom he had married two years before. He was a keen fan of Atlético de Madrid and of the singer Joaquín Sabina. On hearing the news, the singer sent his widow a bouquet of flowers with the message: “Like a brave bullfighter on the other side of the iron curtain”.