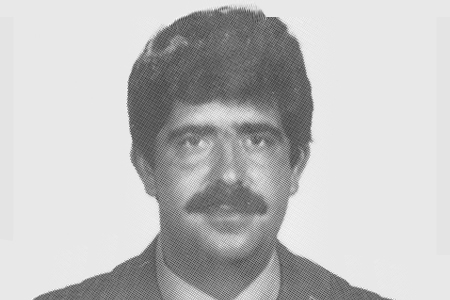 In the early hours of 17 April 1982, members of ETA’s Nafarroa unit hid in the vicinity of the Magdalena Bridge in Pamplona, armed with a veritable arsenal of weapons of war: a grenade launcher, two assault rifles, several grenades and various ammunition. At 3:05 am they spotted a National Police tankette returning from guarding the Fuerzas Eléctricas substation and heading towards the Beloso barracks. One of the terrorists fired an anti-tank grenade which pierced the roof of the vehicle and exploded inside. The driver, 29-year-old Vicente Garcerá, caught the full impact of the blast and lost control of the vehicle, which ended up crashing into a garden area. He was taken to the Hospital de Navarra, where he died while doctors were preparing to operate. Vicente was married and had one daughter. 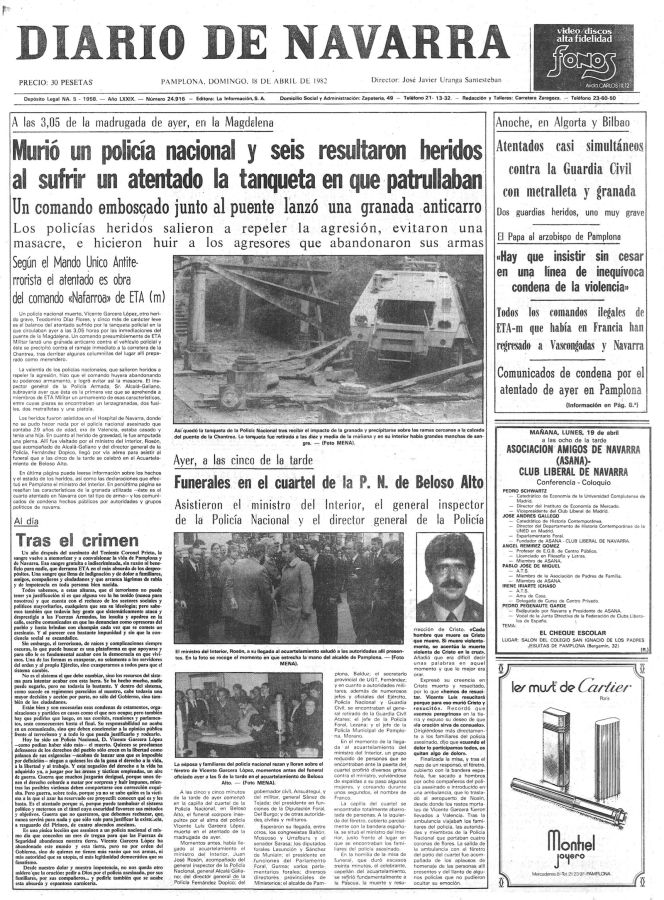