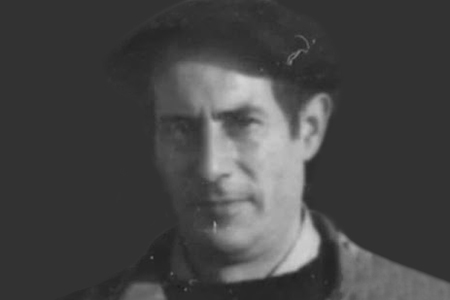 On the afternoon of 15 June 1984, Tomás Pérez Revilla and the priest Father Ramón Orbe were having a drink in the Le Haou in Biarritz (France), a bar which was frequented by fugitive ETA members and sympathisers of the left-wing Basque nationalist movement. At around 5.50 pm, as they were leaving the establishment, several members of GAL remotely detonated a bomb which had been planted on a motorcycle. The blast set fire to the men’s clothes. With their clothes on fire, the two ran into another bar in the area to take refuge in case their attackers tried to finish them off. They were taken to the hospital in Bordeaux. The priest and another six people —bar staff and customers at Le Haou— who had been injured, survived. Pérez Revilla, who had leukaemia, died 43 days after the attack as a result of his burns. Three GAL mercenaries were convicted of the crime.

Tomás Pérez Revilla, alias Tomasón and Hueso, had moved to Biarritz in early 1984 to begin medical treatment. In 1976 he had suffered an attack when he was with his wife. At the time of his death, he was a prominent leader of ETA militar. 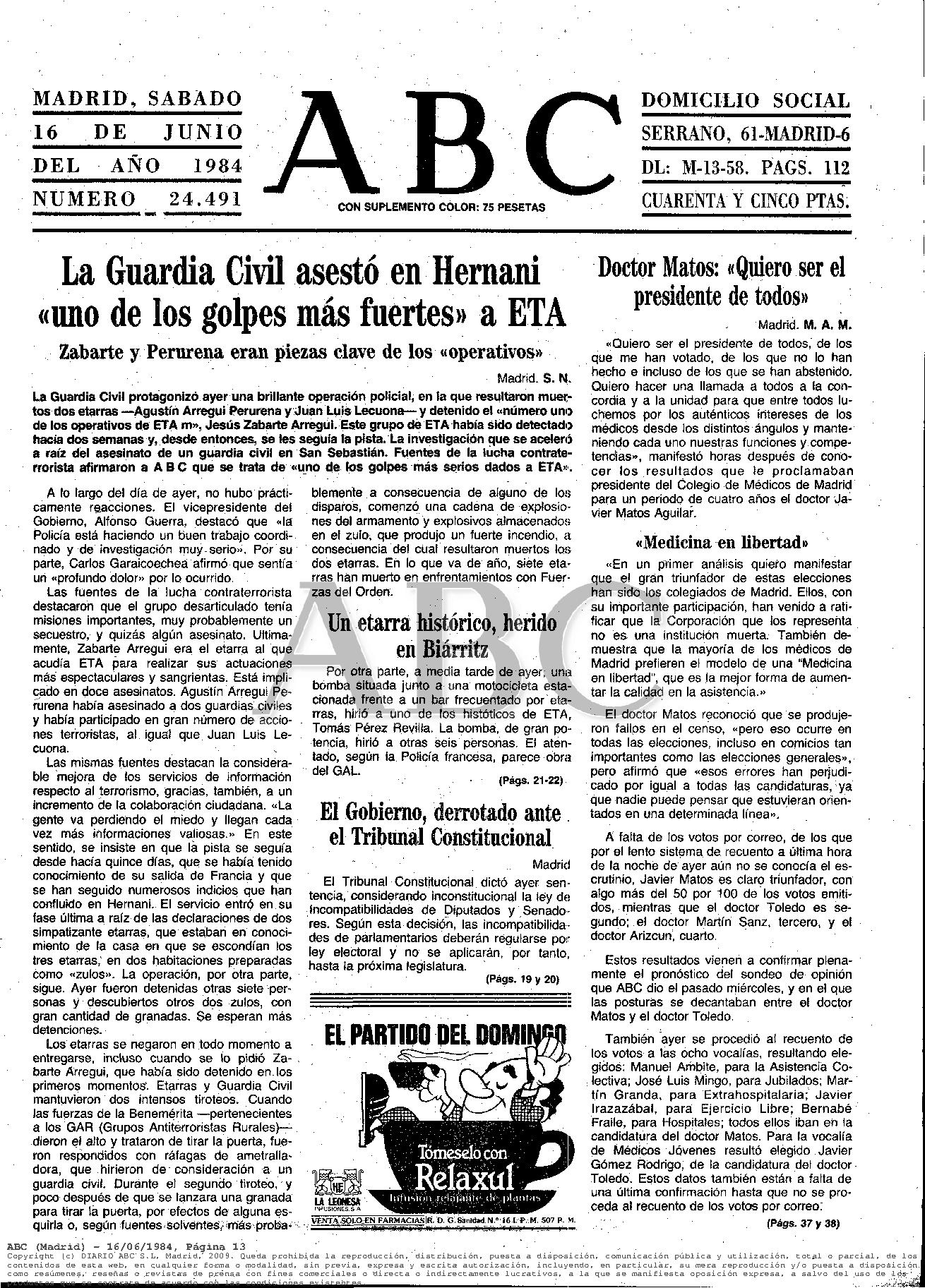 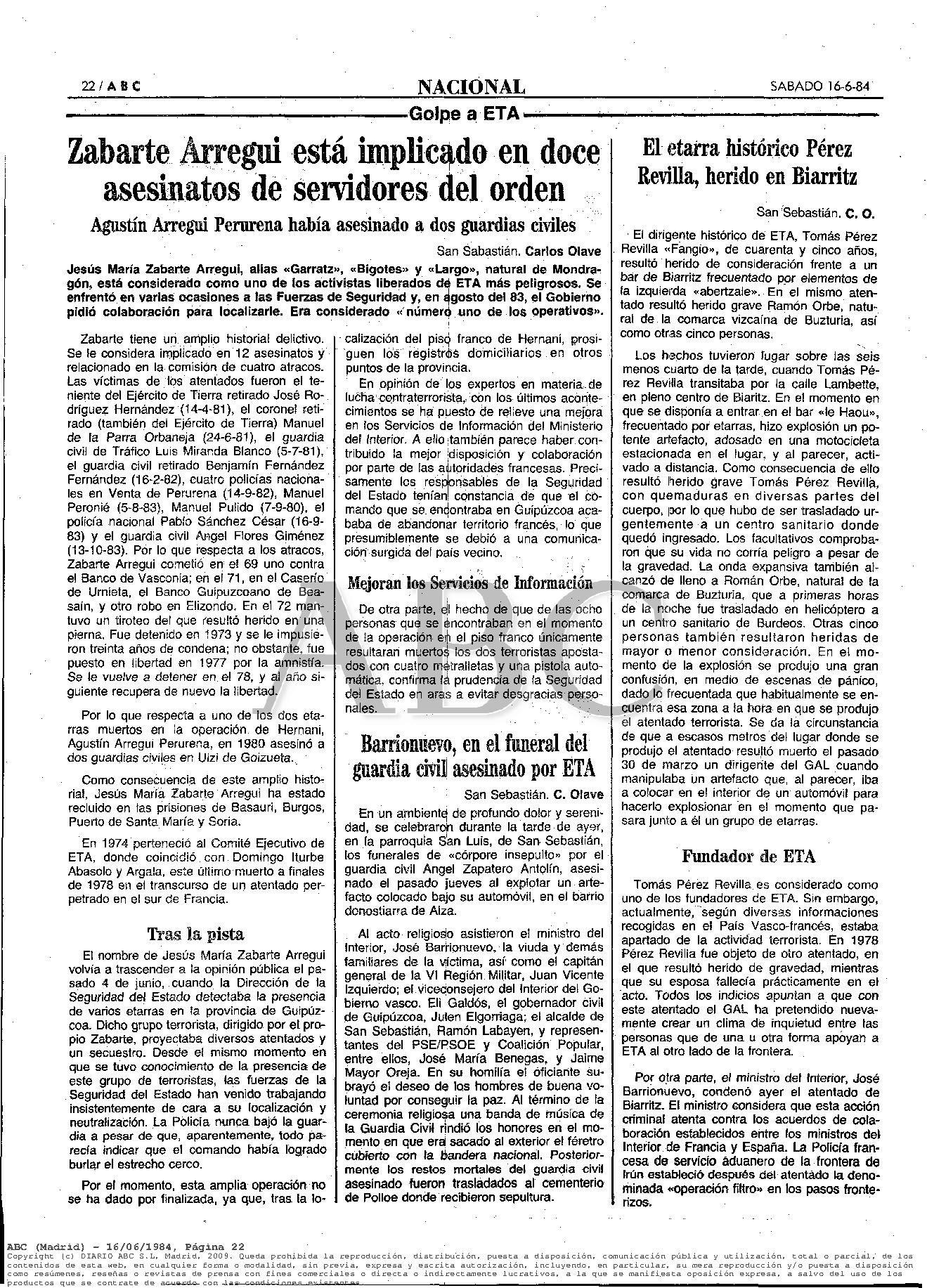 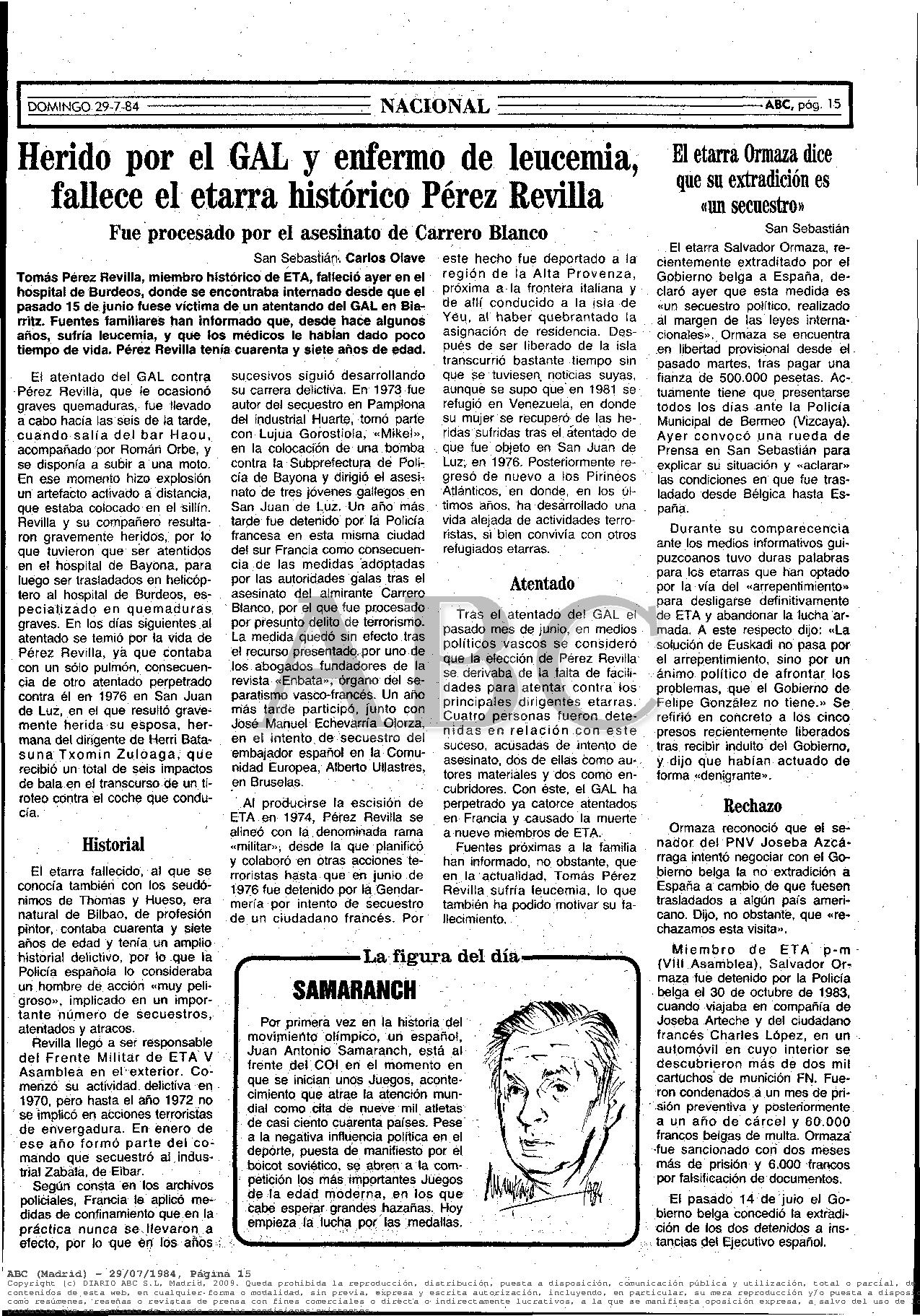