In the confusion of ambulances and security vehicles coming and going, a military minibus taking soldiers to the hospital to donate blood failed to stop at a traffic light. It struck and killed Tomás Lafontana Giménez, who was driving his moped. Although Lafontana was not directly killed in the explosion, the attack had created such chaos in the area that the Ministry of the Interior also classified him as a victim of terrorism. 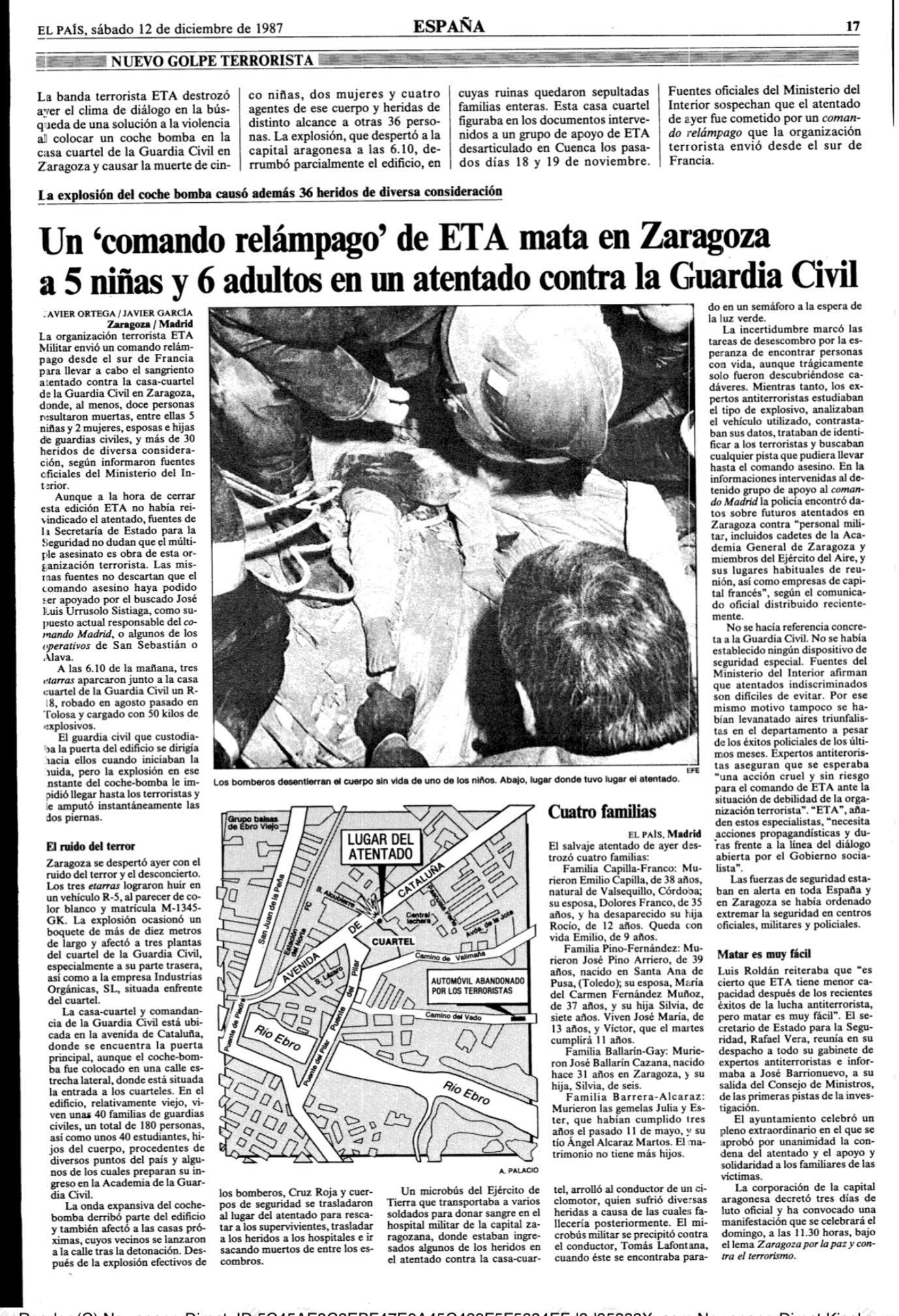