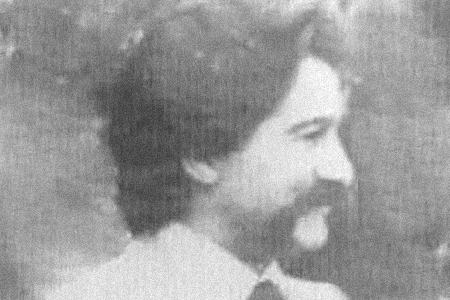 Sotero Mazo Figueroa left his home with his friend José Alberto Lisalde, a National Police officer, to walk to José Alberto’s car. The ETA members had been waiting for them at the entrance to the Coliseo cinema in Eibar, where they were planning to kill them. Once they had got into the car, the terrorists opened fire on the two friends. The attack had been a spur-of-the-moment decision, after the assailants’ initial plan had been thwarted. José Alberto Lisalde was killed instantly and Sotero Mazo died soon afterwards. ETA accused Sotero Mazo of being “a member of the Eibar network of informants. 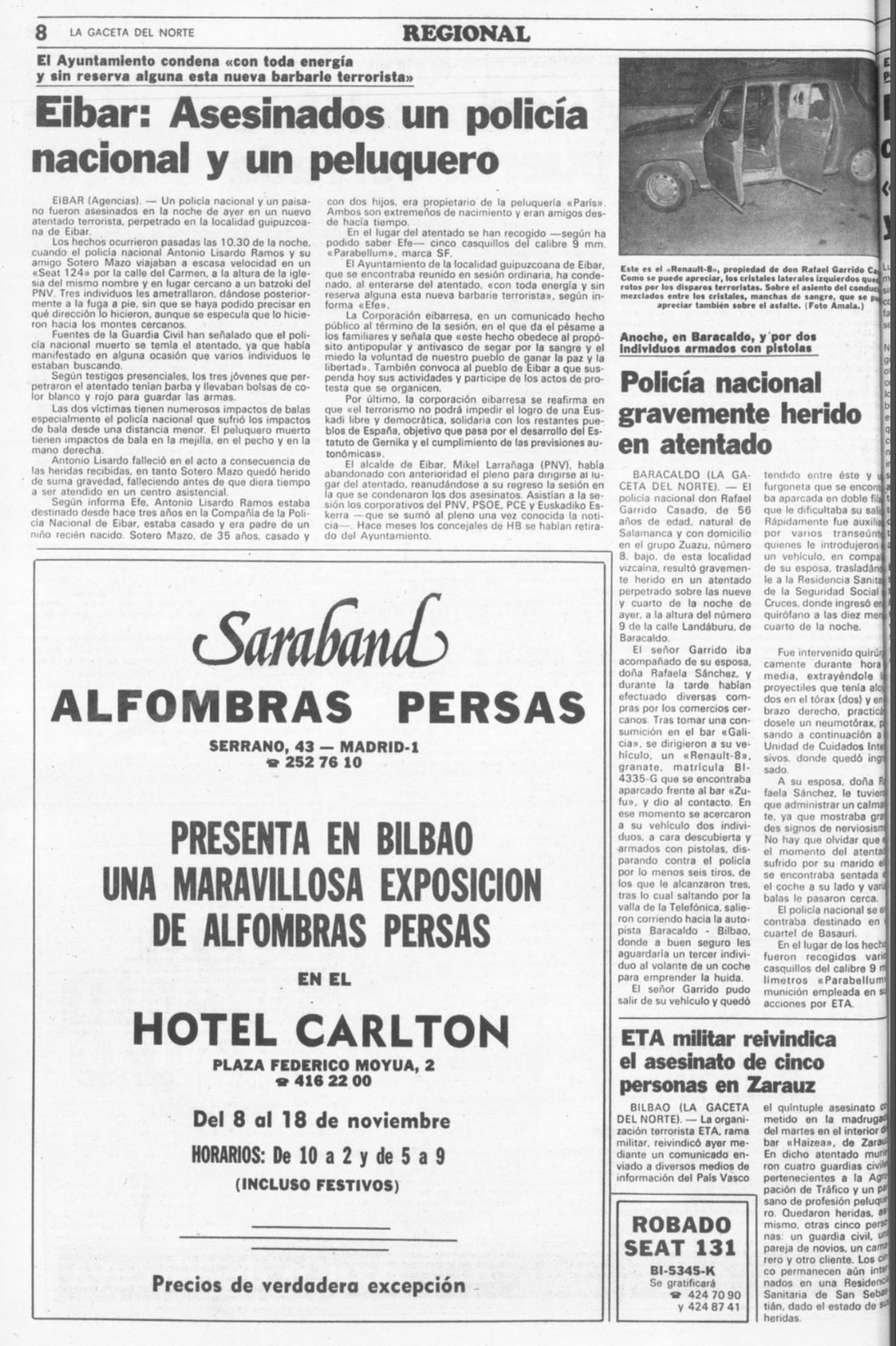 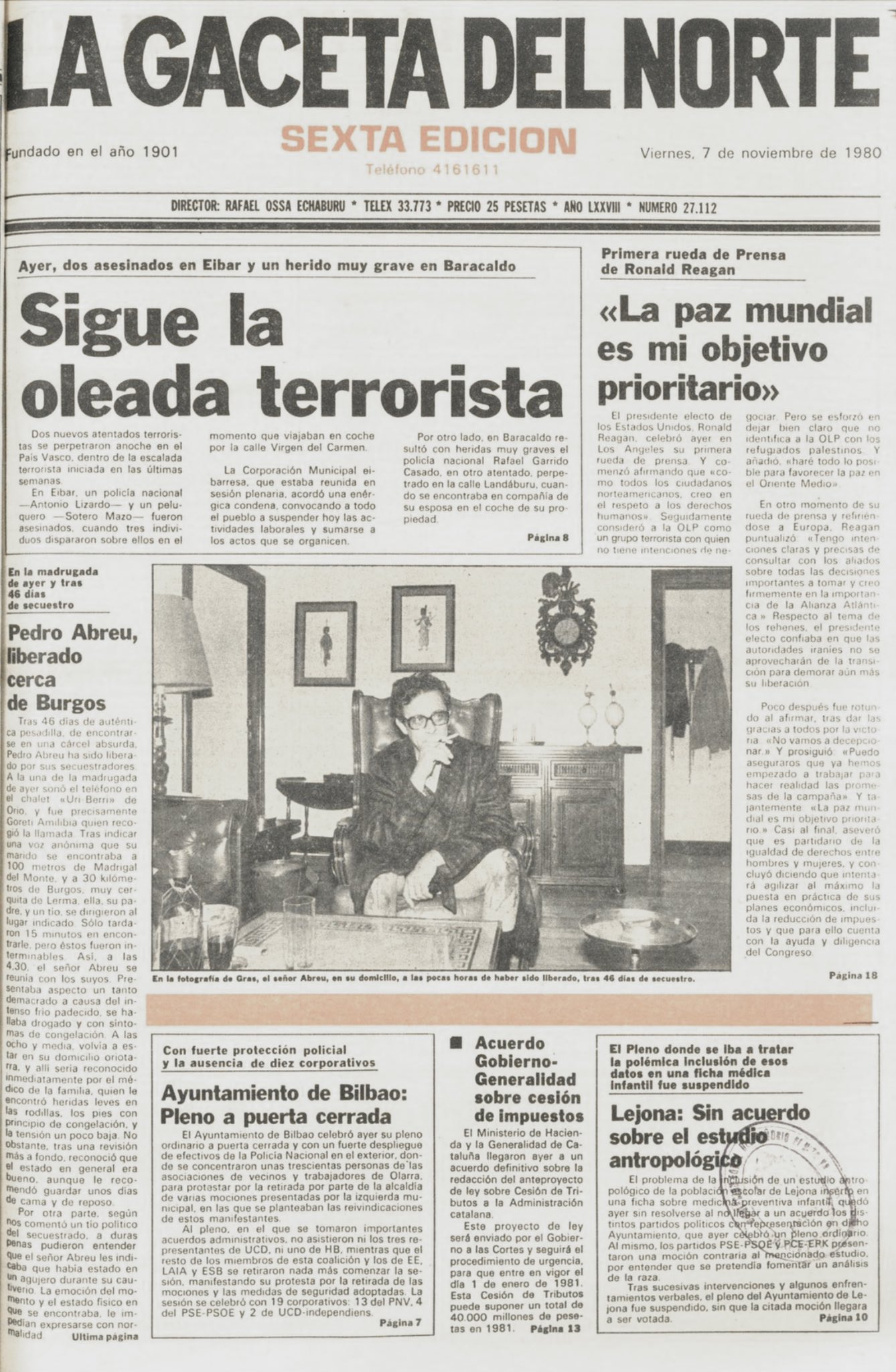 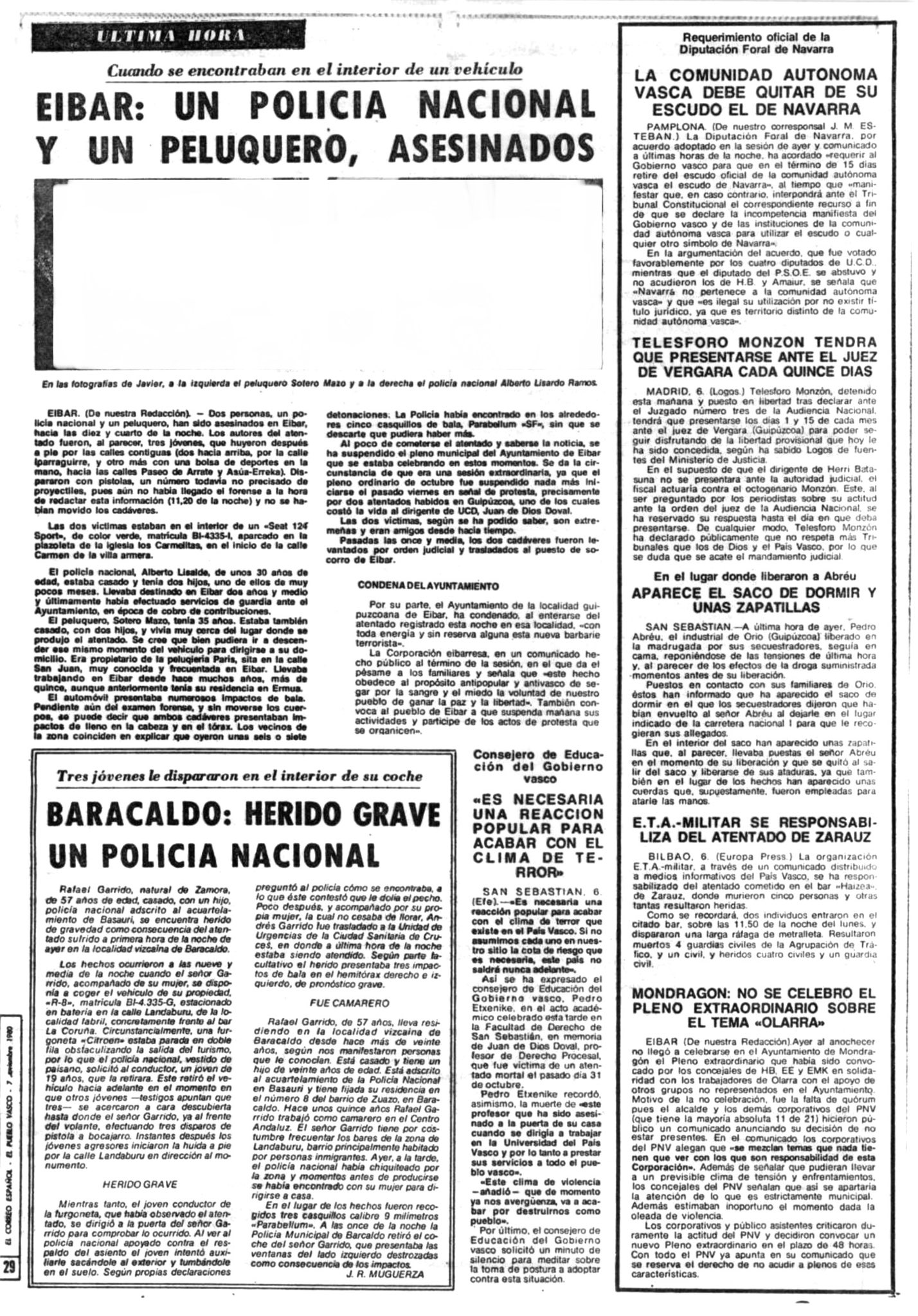 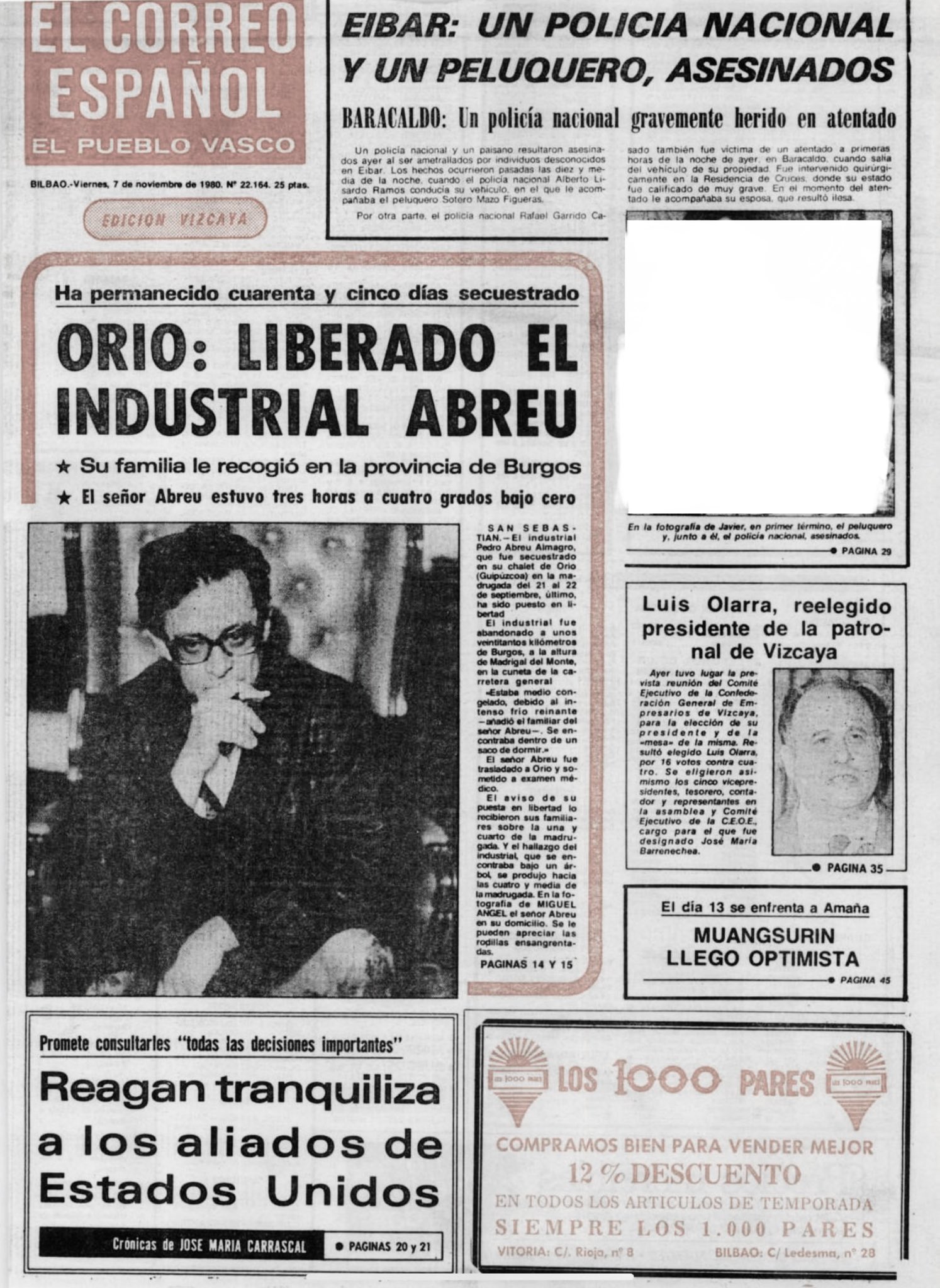