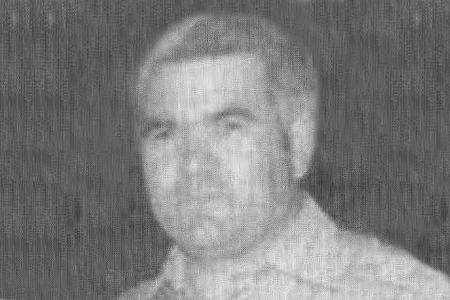 Sixto Holgado Agudo was last seen alive at around 9.30 pm on 26 September 1979, when he received a call while he was waiting at the taxi rank, requesting a call-out. In the early hours of the morning, the emergency services and the National Police received a call alerting them to the presence of a body at the San Marcos landfill in Rentería. The police went to the scene, where they found the body of the taxi driver, who had been shot in the head and robbed of his documents by the terrorists.
The victim’s taxi was used by the terrorists to flee the scene of the crime. It was found the following day in the vicinity of the Larramendi farmhouse, close to the home of Sixto Holgado. The following day, the 31 taxi drivers of Rentería held a one-day strike in protest. 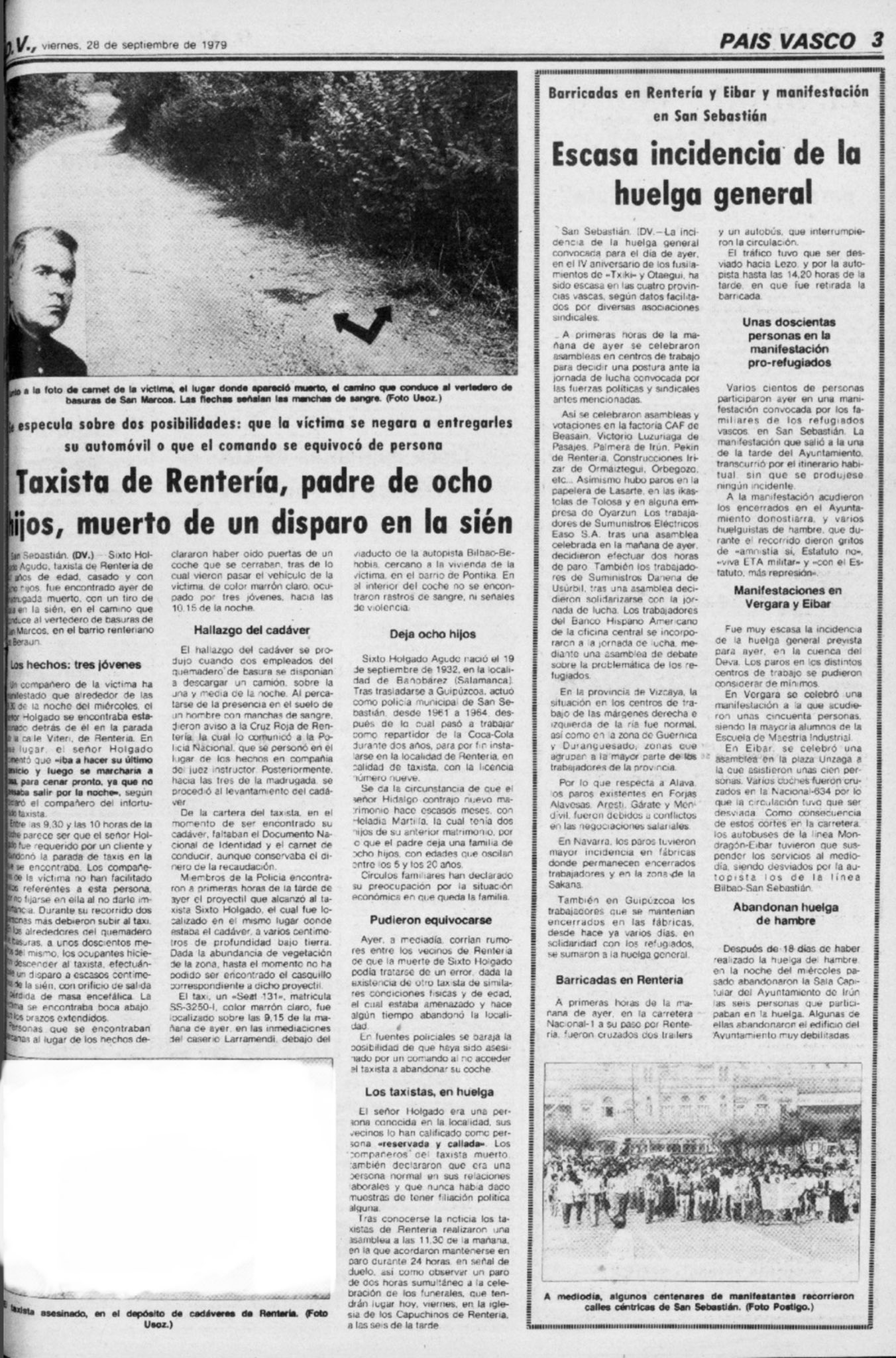 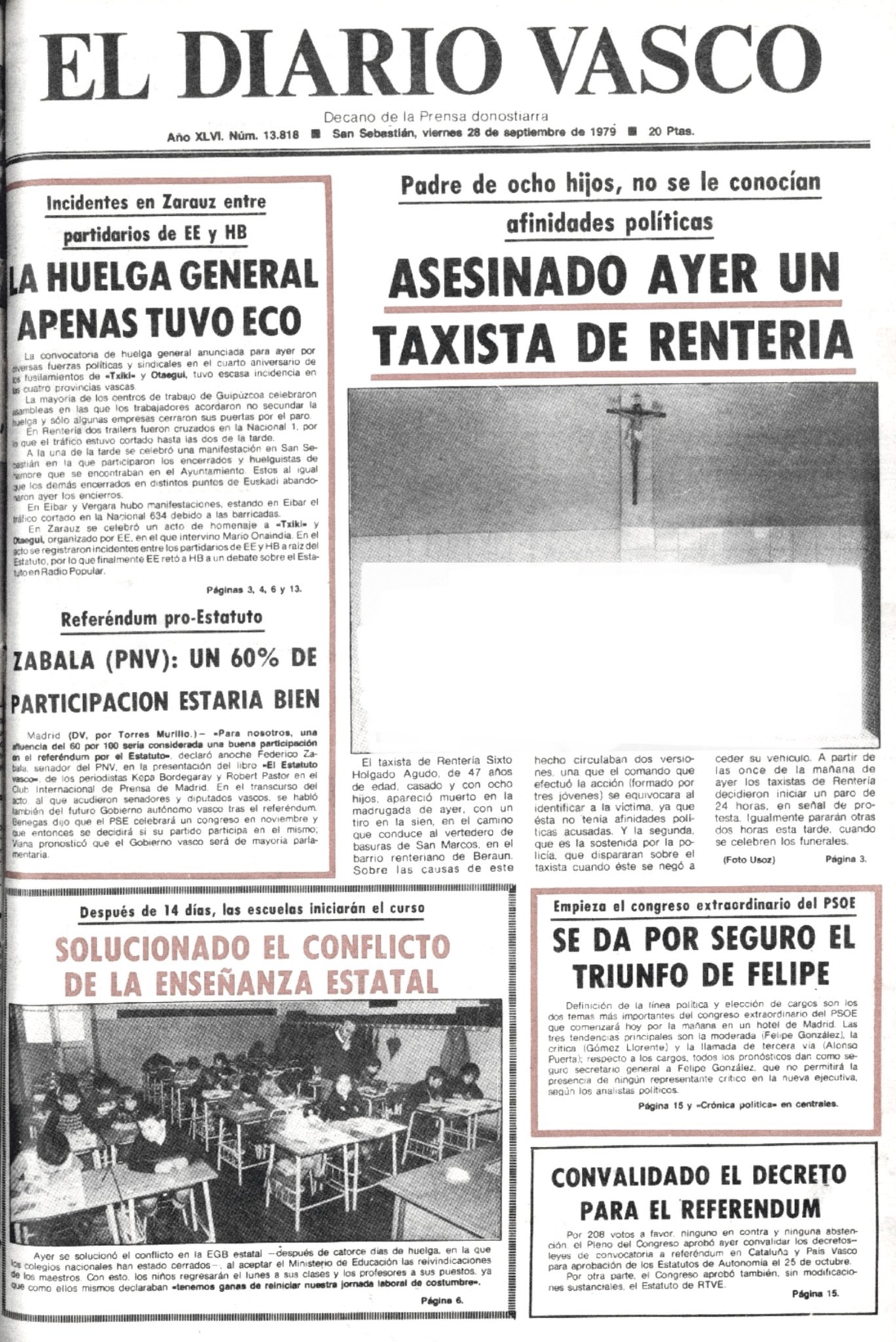 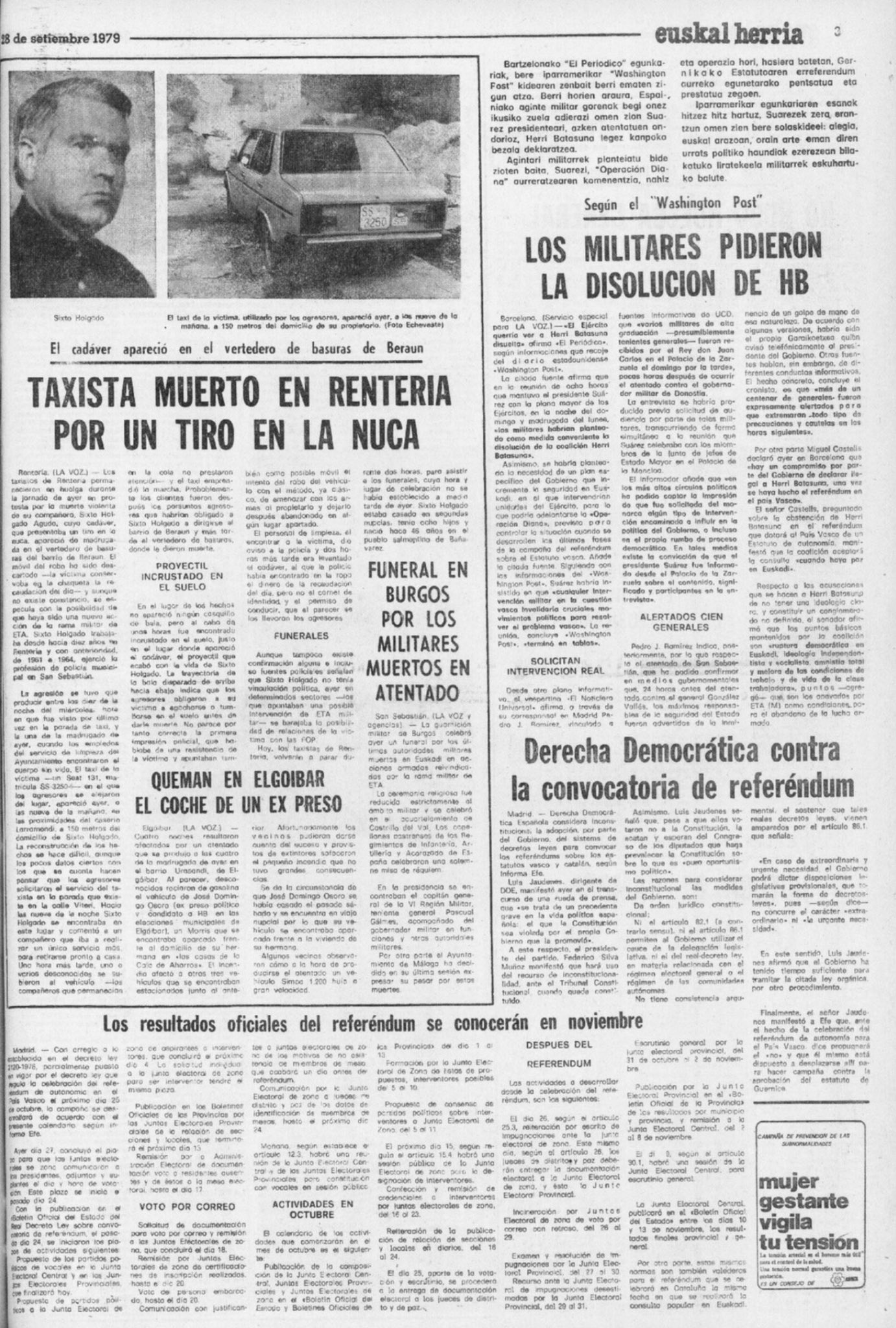 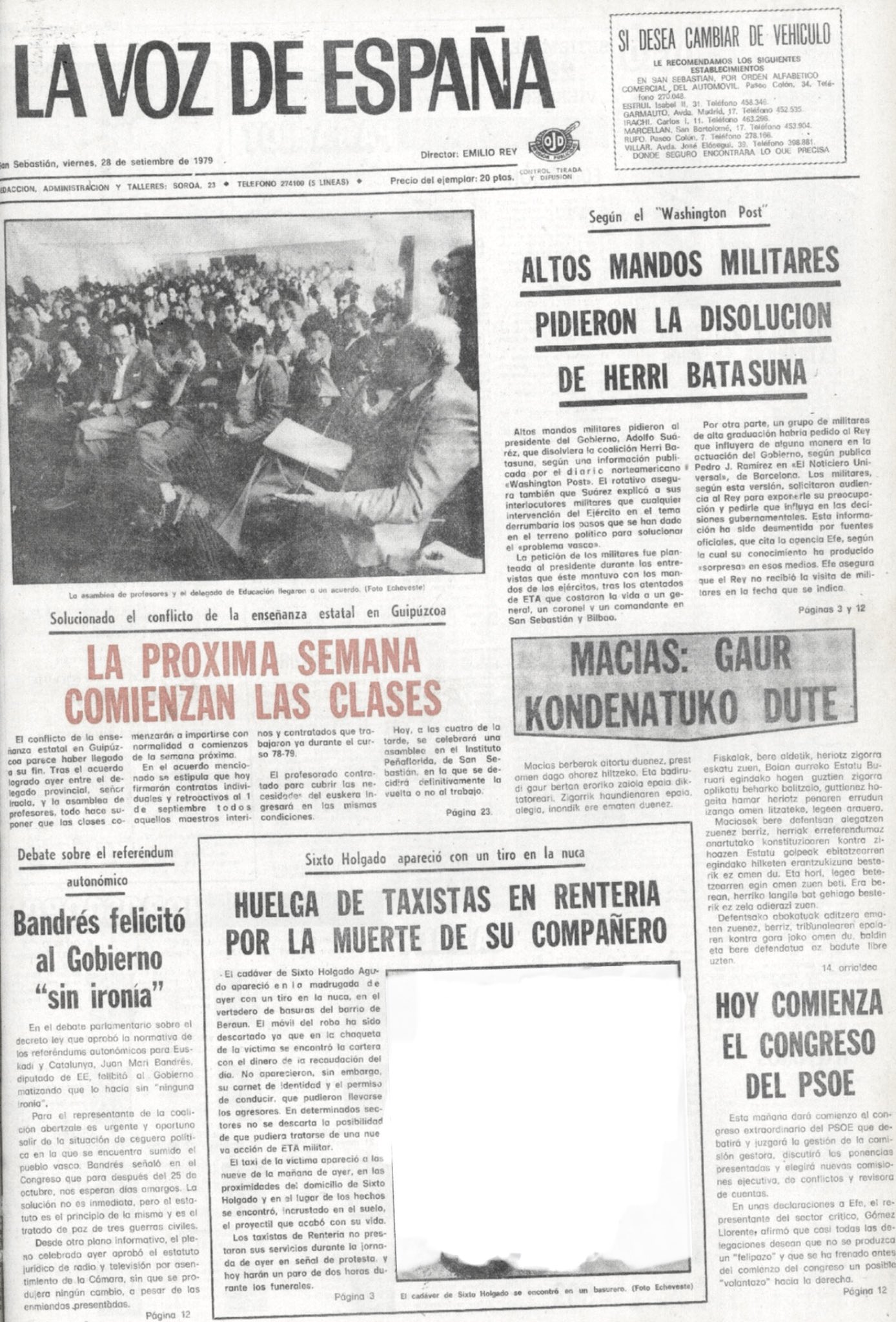