At around 2.30 pm on the afternoon of 8 February 1979, national police officers Simón Cambronero Castejón and Rafael Falcón Romero were guarding a butane delivery truck when they were shot from behind at point-blank range by two terrorists at the junction of Calle de Espronceda and Calle de Pujadas, in the Pueblo Nuevo district. Simón Cambrorero Castejón was killed instantly and Rafael Falcón Romero was seriously injured. The terrorists took the men’s submachine guns and ammunition and got away in a vehicle parked nearby. 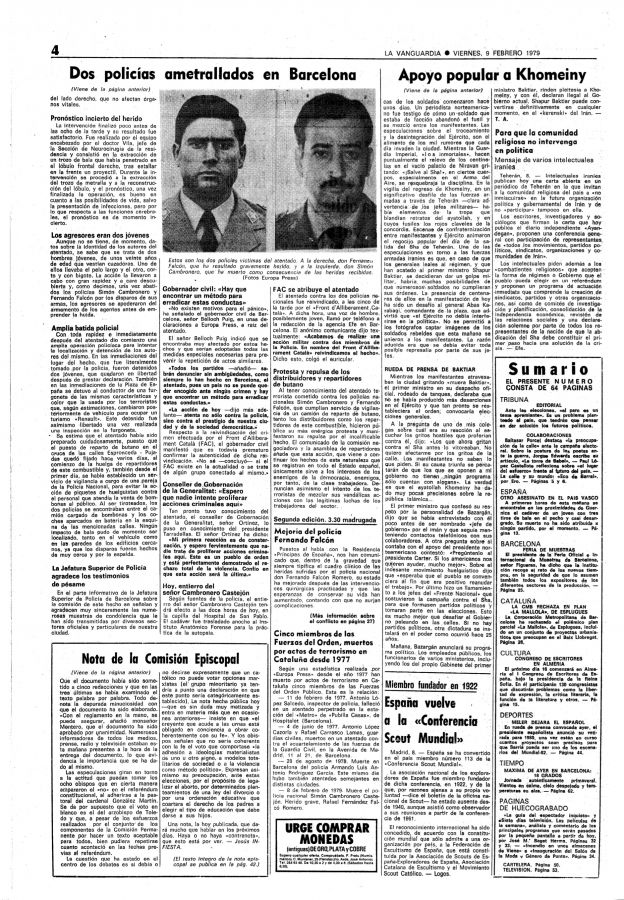 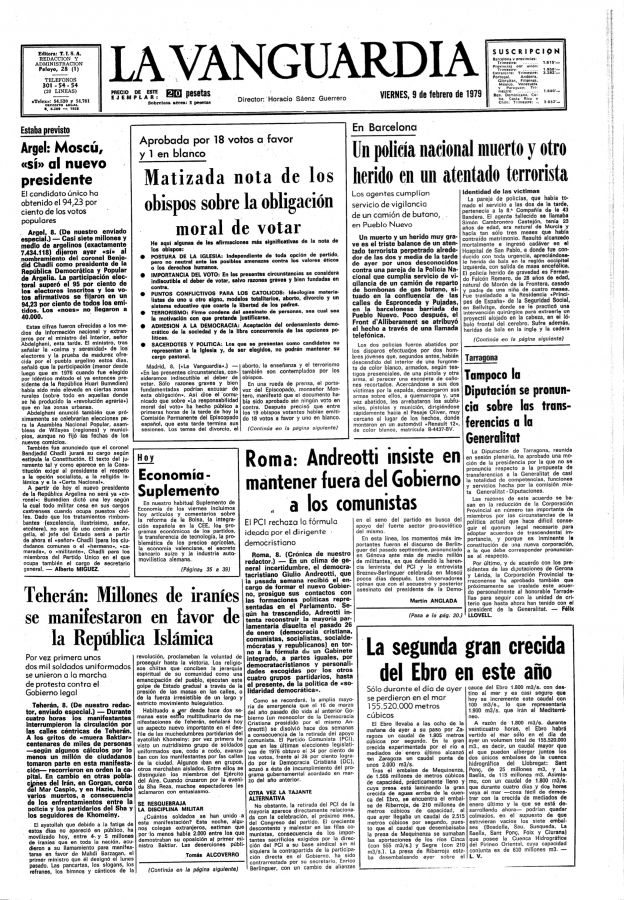