At 8.30 pm on 4 August 2002, the Civil Guard Barracks in Santa Pola was shaken by a major explosion, which was audible several kilometres away. A car bomb consisting of fifty kilograms of explosives and shrapnel exploded in front of the barracks, in an area close to a number of bus stops. Two people were killed in the blast: six-year-old Silvia Martínez Santiago, the daughter of a civil guard, and Cecilio Gallego Alaminos, a 57-year-old pensioner who was waiting at the bus stop. Another thirty people were wounded, amongst them Silvia’s cousin Borja, aged three and a half who suffered diverse cuts. At the time, the area was packed with tourists spending their August holidays.

Five days after the attack, ETA phoned a warning to the voluntary ambulance association DYA that they had planted a bomb on the beach in Santa Pola. The police did not find the device until 48 hours after the call. The bomb, containing eight kilograms of chloratite was buried between two palm trees. It was defused by bomb disposal experts.

Silvia Martínez Santiago was the only daughter of the civil guard José Joaquín Martínez and Toñi Santiago. At the time of the attack, the little girl was at home in the barracks with her mother, an aunt and a cousin. She was severely injured and died while being taken to hospital. She was buried at the Muchamiel cemetery. 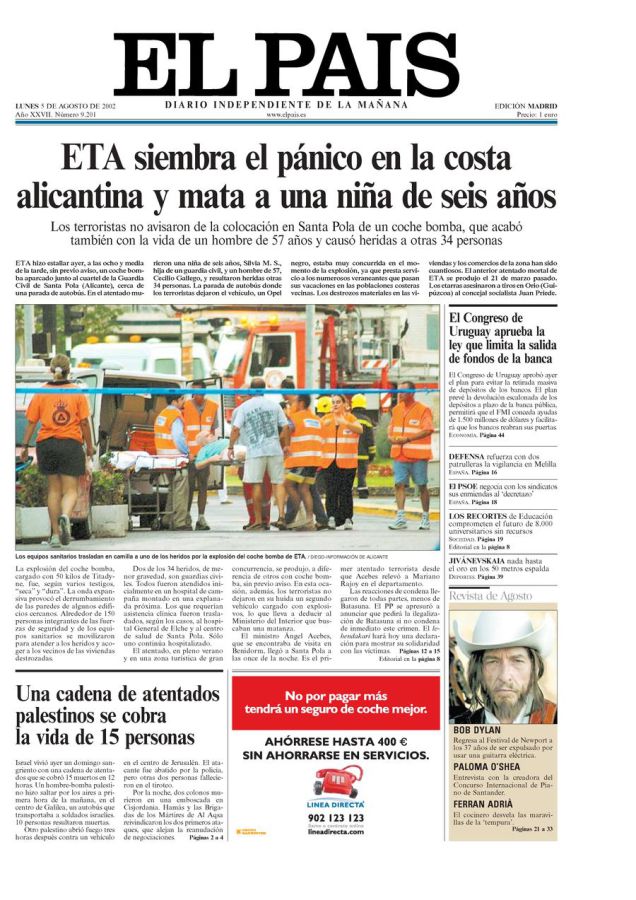 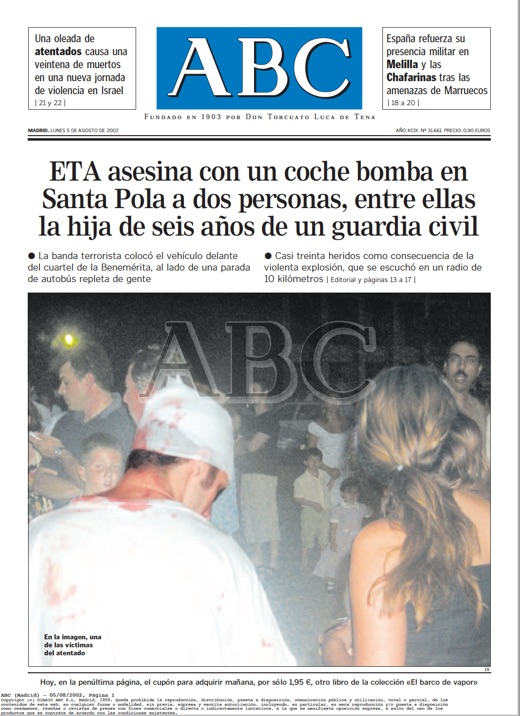 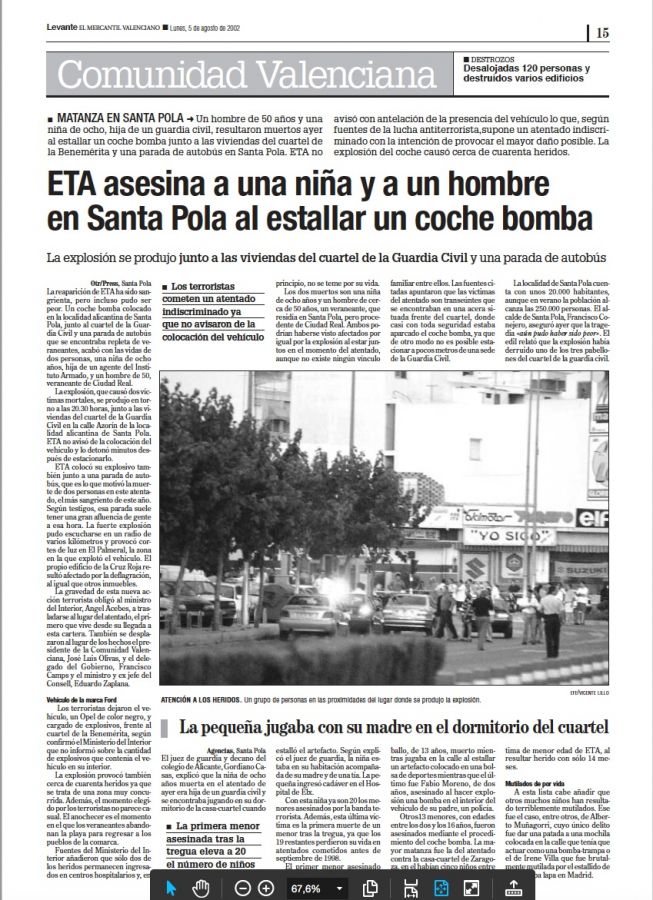 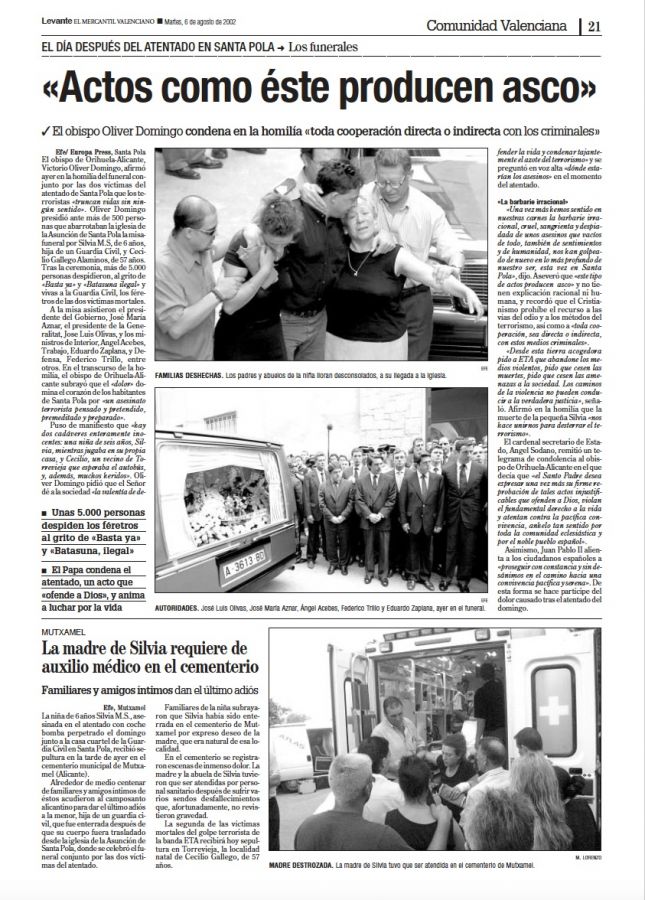