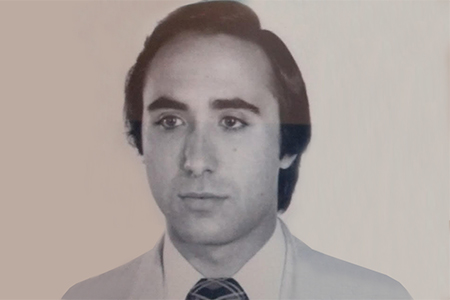 On 3 October 1980, a number of ETA terrorists opened fire with machine guns on an unofficial police vehicle in Durango, killing all three occupants: Deputy Commissioner Sergio Canal Canal, National Police Officer Jesús Hernando, the driver of the vehicle, and Police Inspector José Antonio Merenciano. The attack took place when the police officers were travelling to Durango to process ID cards at an office in the town hall.
In order to ensure that none of the police survived, the four assassins then approached the vehicle from either side and shot the victims in the head. They then made their getaway in a vehicle they had stolen earlier at gunpoint. Deputy Commissioner Sergio Canal died half an hour after the attack while undergoing surgery at the civil hospital in Bilbao. 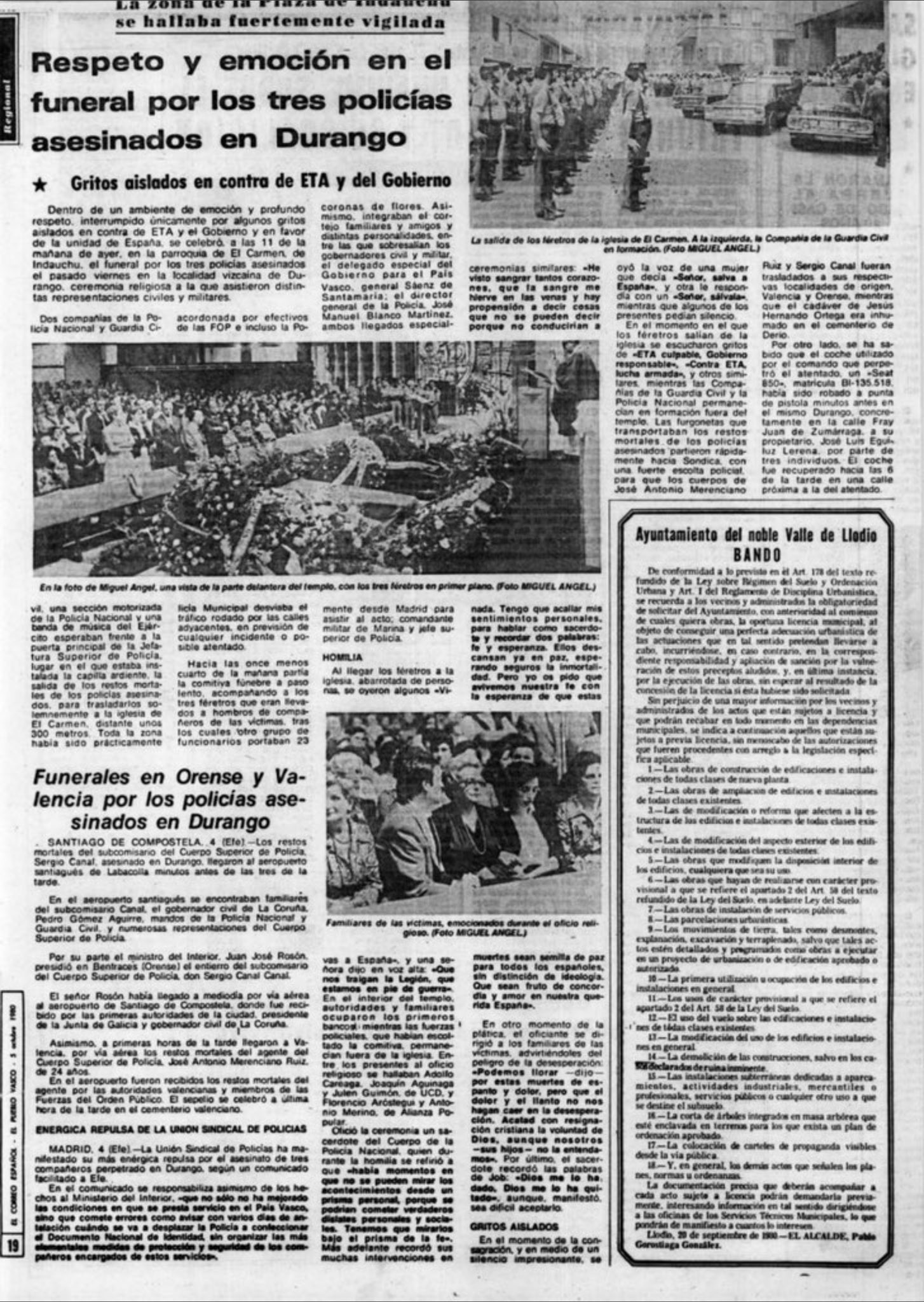 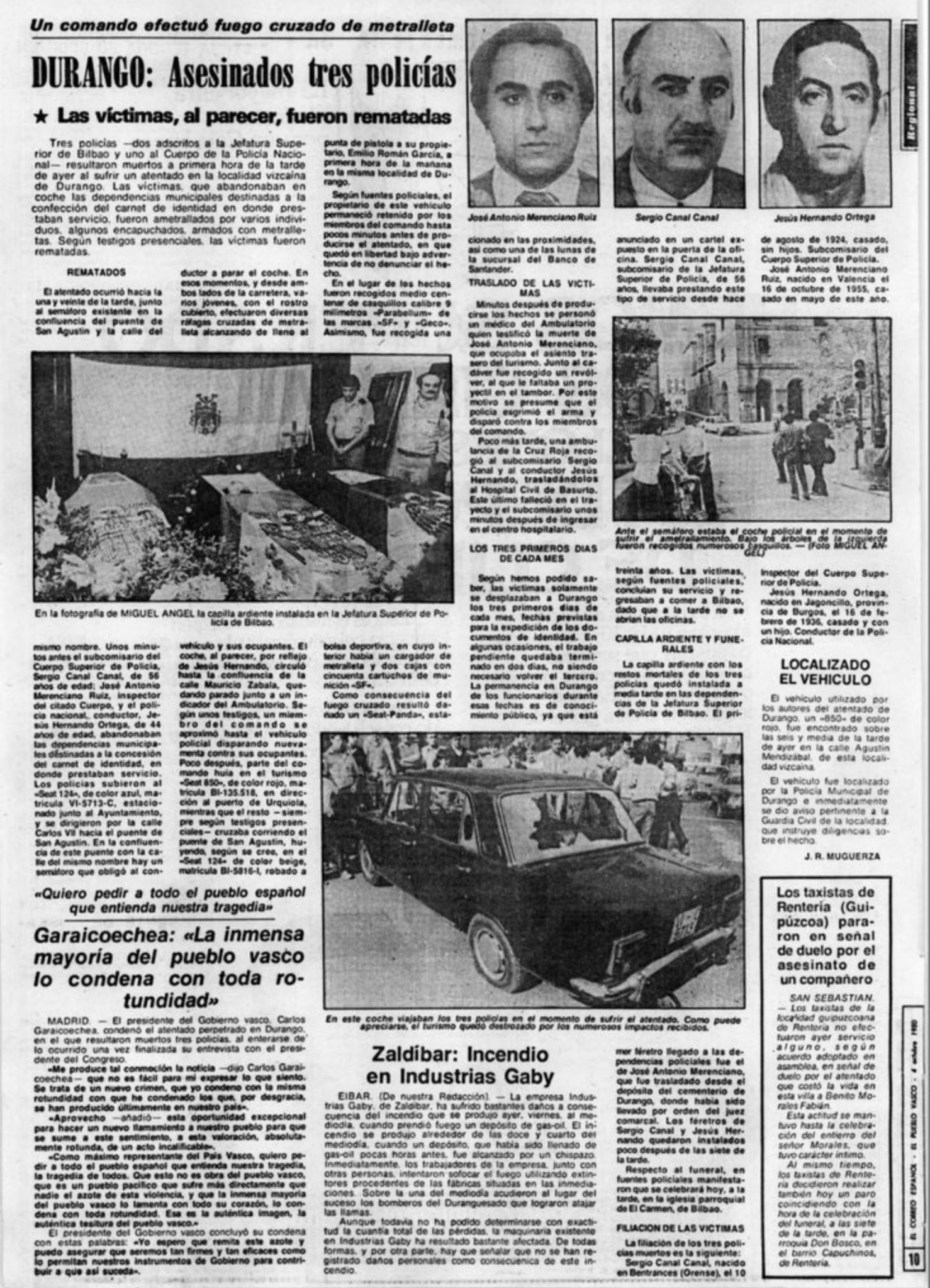 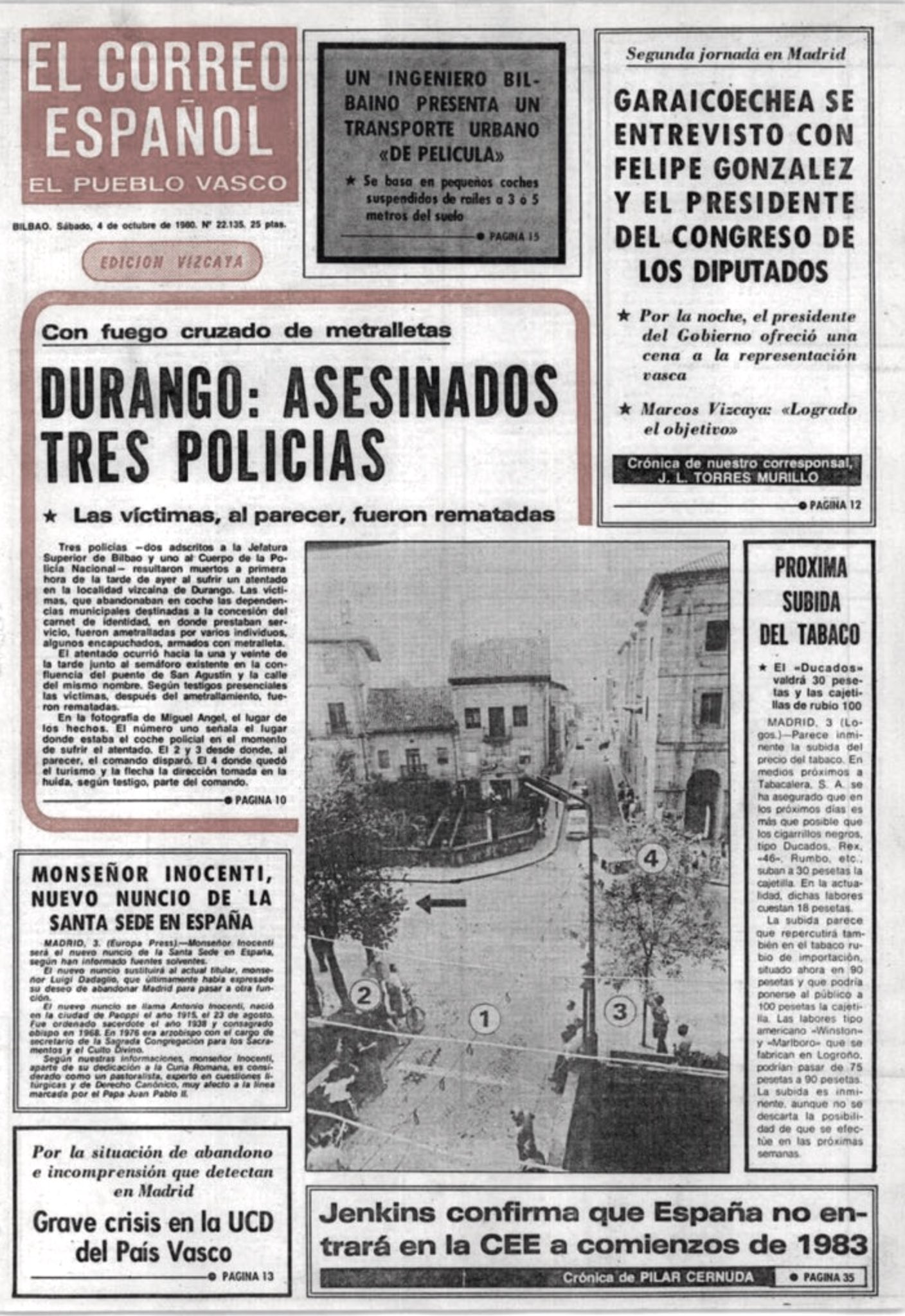 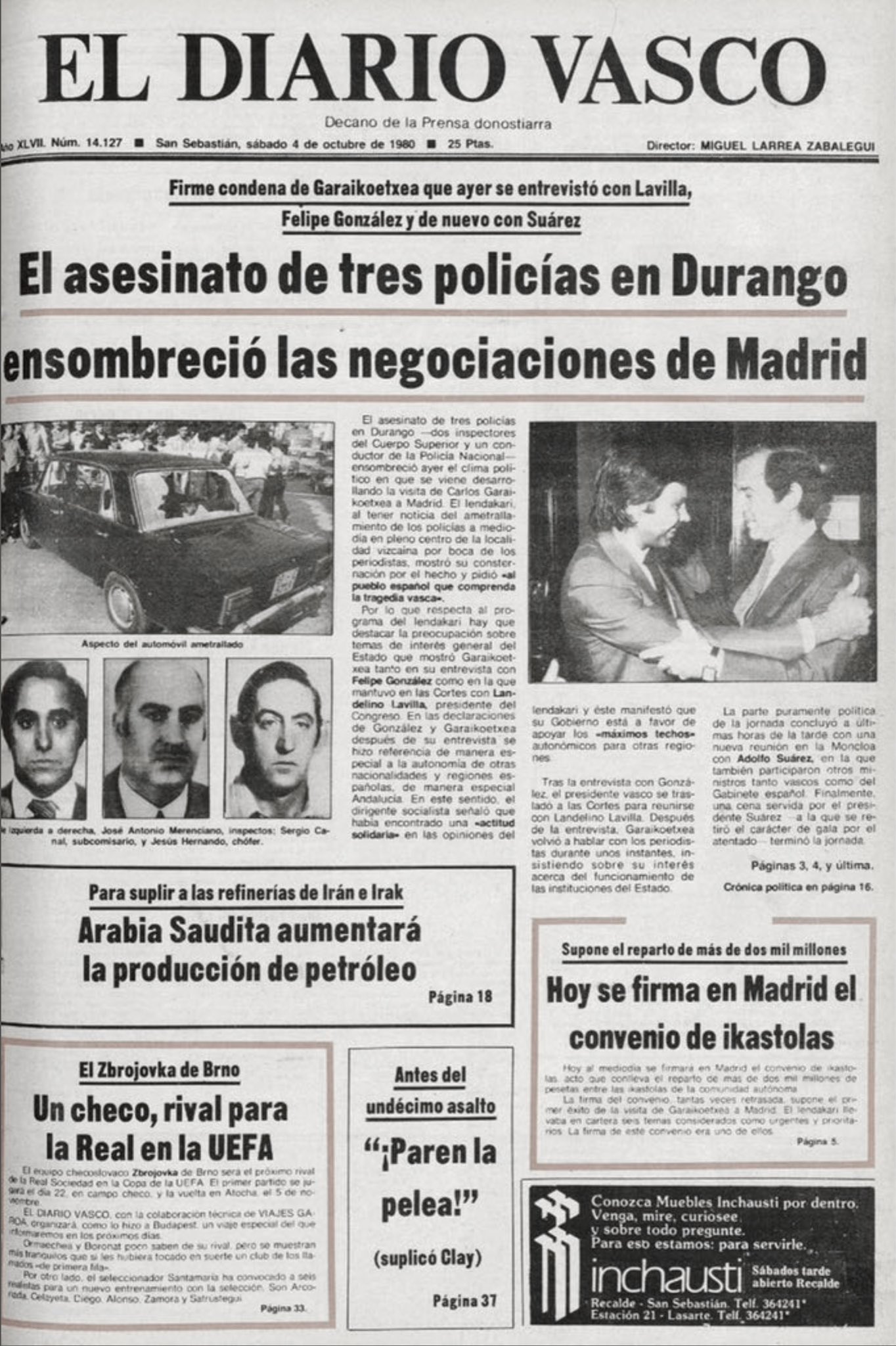