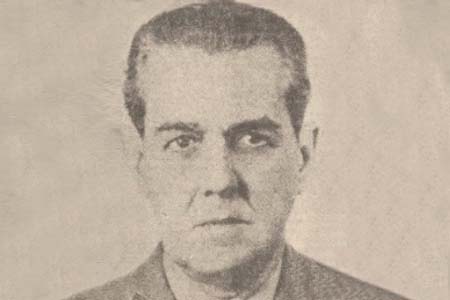 Born in: Galicia
Age: 68
Offspring: 1
Marital status: Married
Job: Lieutenant Colonel of the Infantry Weapon of the Army and provincial chief of Mutilados de Álava
Date of the attack: 14/02/1979
Place of the attack: Vitoria-Gasteiz
Weapon: Gun
Killed by: ETA

t 2:00 pm on 14 February 1979, Lieutenant Colonel Sergio Borrajo Palacín was entering the doorway of his apartment block on Calle Los Herrán, when an ETA gunman who had been lying in wait shot him in the back at point-blank range. Sergio Borrajo was killed instantly. His wife was at home but did not hear the shots. She was only alerted after her husband’s body had been removed to the morgue.

Their only daughter, Carmen, aged 21, was on her way home with her boyfriend. In the commotion, a young woman came up to her and said that “an army officer has been killed”. She immediately knew it had to be her father, as he was the only officer living in the building.

He was born in Guatemala to Galician emigrants and at the age of eight had returned with them to Galicia. He had fought and been wounded in the Spanish Civil War. 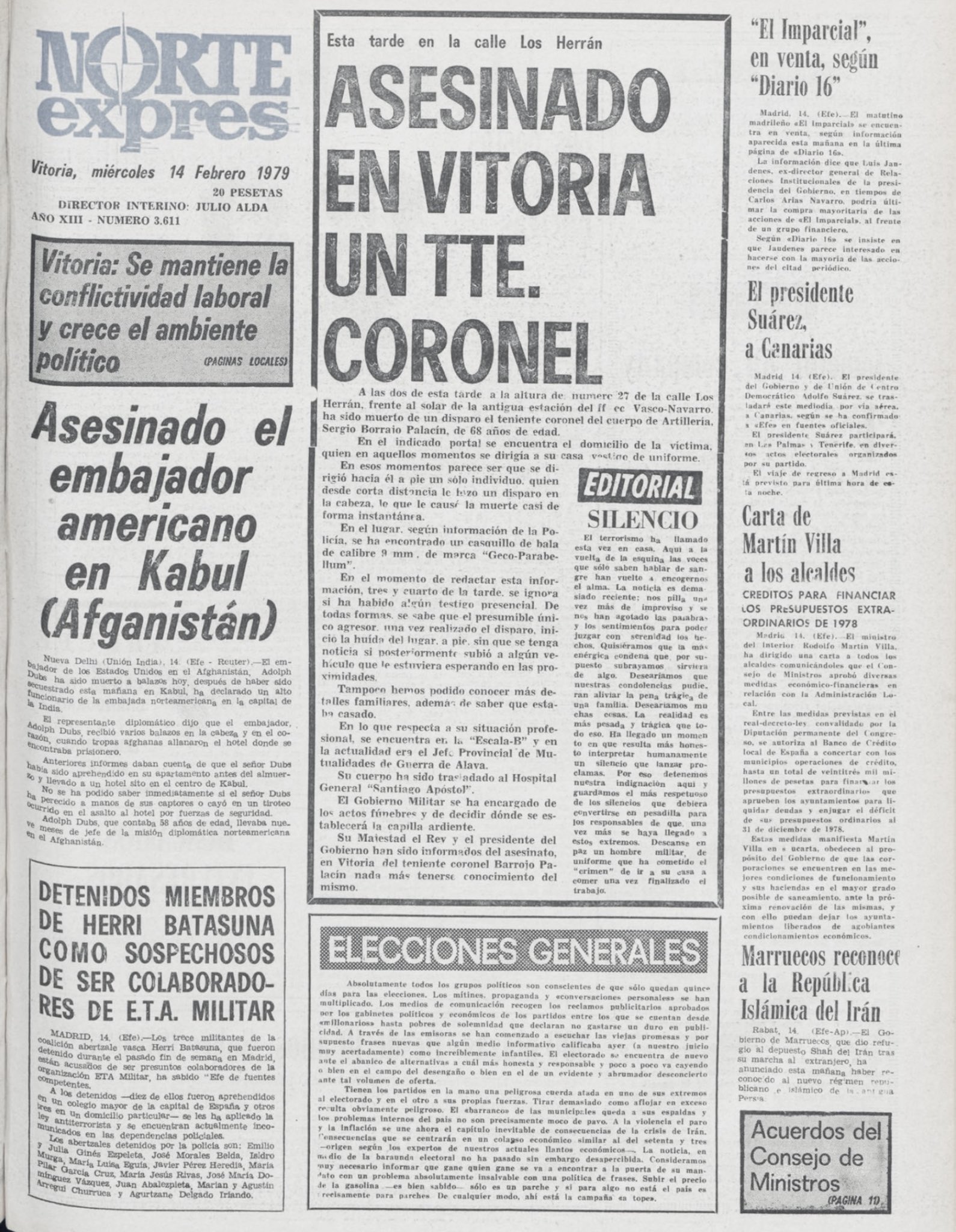 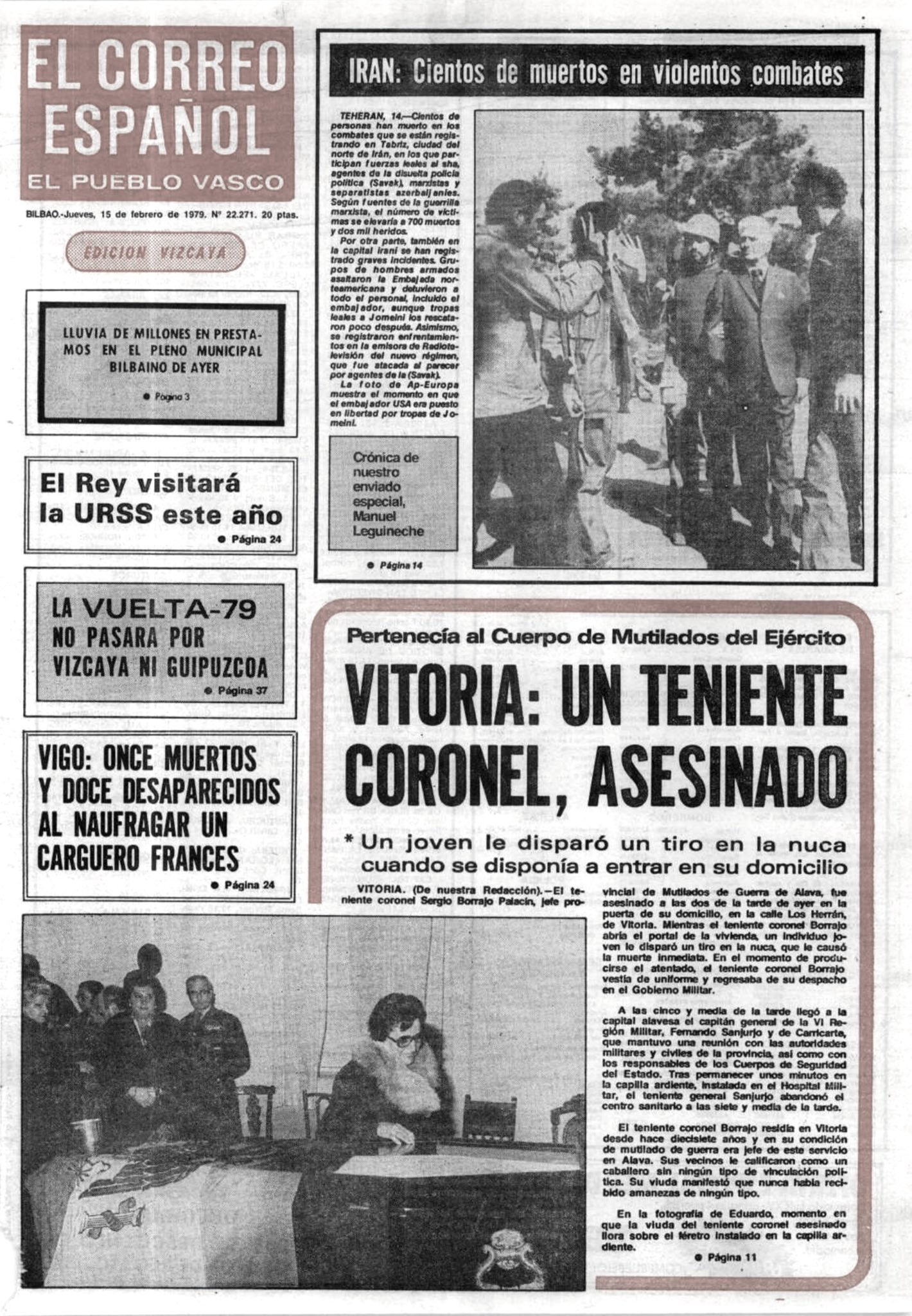 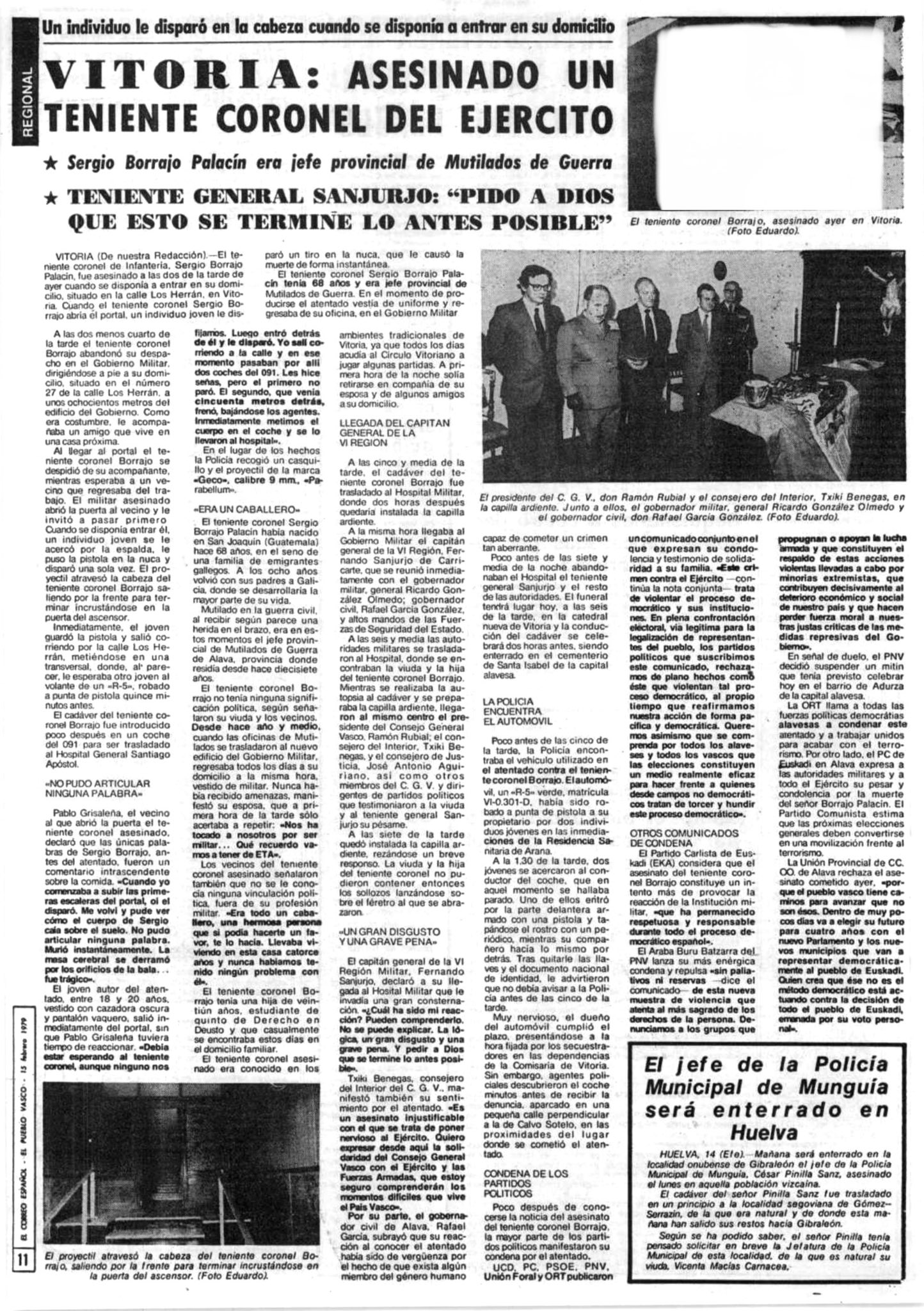 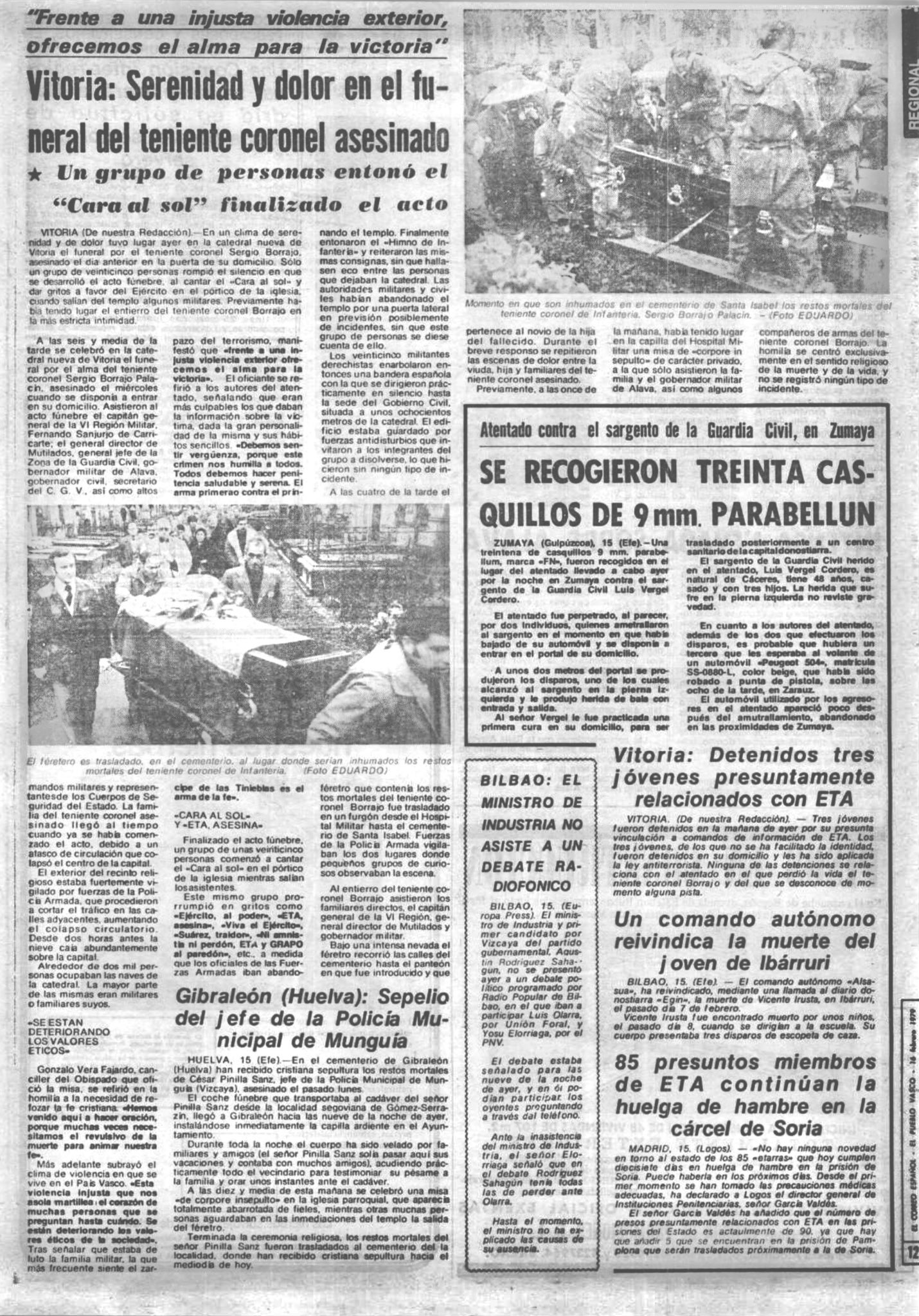