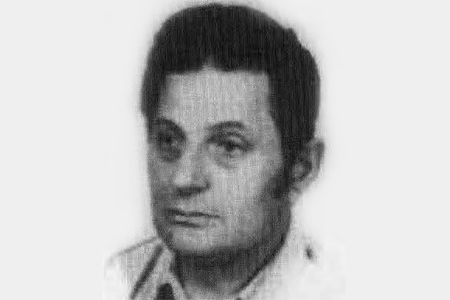 Although Sebastián Arroyo was no longer a civil guard, his past service was enough to place him in ETA’s sights. After leaving the force, he had gone to work as a section chief at the Igartex factory, on the outskirts of Alsasua, where he lived with his wife and four children. On 8 January 1980 he left the factory after completing his shift and got into his car, a white Seat 124. As he was about to drive out the gate of the premises, a number of terrorists in a vehicle fired a burst of machine-gun fire at him, hitting him six times. Sebastián’s foot pressed the accelerator and he lost control of the car, which finally crashed into the fire station. He died the following morning at the Navarra Hospital. 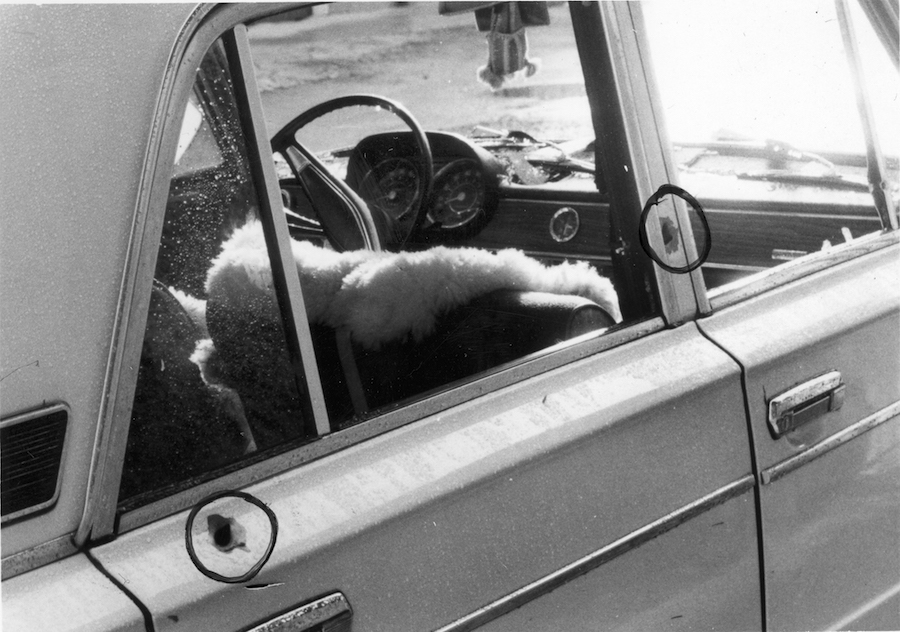 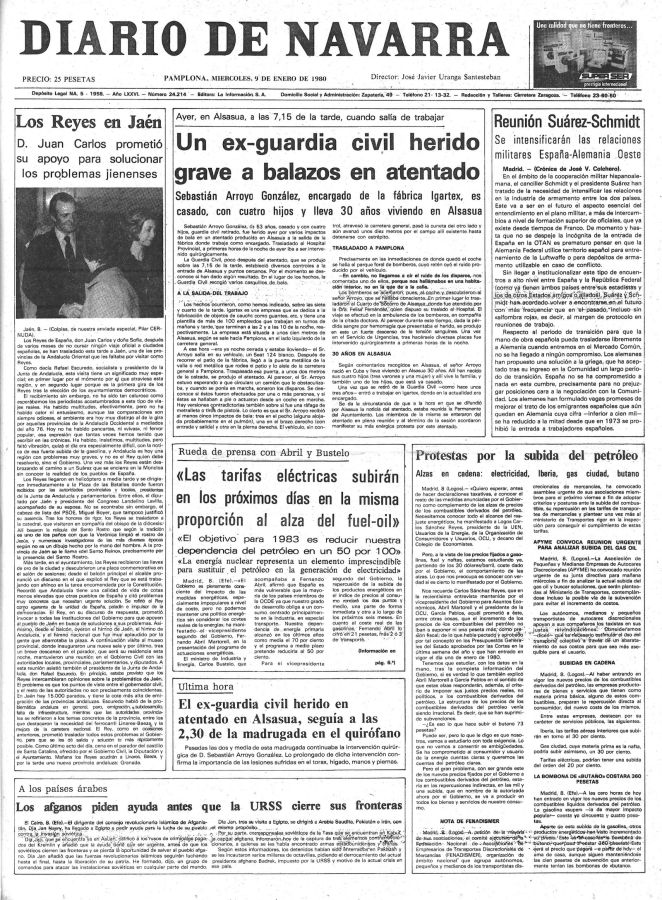