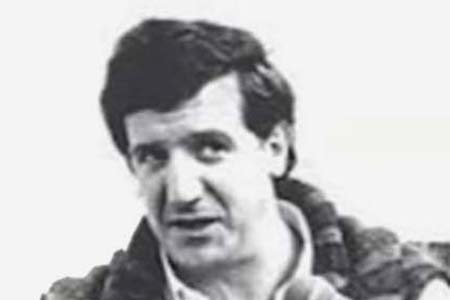 Sebastián Aizpiri Lejaristi was a businessman working in the catering and food industry. On 25 May 1988 he locked up the butcher’s shop he ran in Elgóibar at around 8 pm to go to Éibar, where he also owned the Chalcha restaurant. As he was walking towards the restaurant, past the Arrate hotel, two members of ETA’s Éibar unit shot him twice in the head, killing him instantly.
For some time, Sebastián had been hounded by circles close to ETA. He had been warned by the Civil Guard that his name featured among documents seized from ETA member Santi Potros, with information about his business. He met a councillor for Herri Batasuna in Éibar who confirmed that “orders had been issued from the other side to investigate his properties and his activities”.
Sebastián noticed that people were failing to return his greetings and that some regular customers stopped coming to his establishments. He asked the town councils of Éibar and Elgóibar to investigate him, in order to dispel any doubts. Motions were tabled in both councils refuting the rumours, defending Aizpiri’s good name and calling for an end to the slander, but Herri Batasuna abstained. His family later reported that Aizpiri had been a victim of ETA extortion. His refusal to pay the so-called “revolutionary tax” was met first with a smear campaign linking him to a range of illicit activities and finally with death.
A few days later in Elgóibar, ETA murdered a friend of Sebastián’s, Francisco Javier Zabaleta, whom they also falsely accused of being a drug trafficker.