Saturnino Sota Argaiz lived at number 33 Calle Cuchillería in Vitoria and ran a bakery on the ground floor of the same building. On 13 December 1978, three masked individuals wearing red hoods parked their Simca 1200 vehicle in front of the premises and walked in. They pushed a female employee aside before cornering Saturnino against a wall and shooting him four times.

The following day, in a statement, ETA claimed responsibility for the crime and accused the victim of being a “paid police informer”. He had already received threats some months earlier for selling bread during a strike in the industry and a petrol bomb had been thrown at his shop. 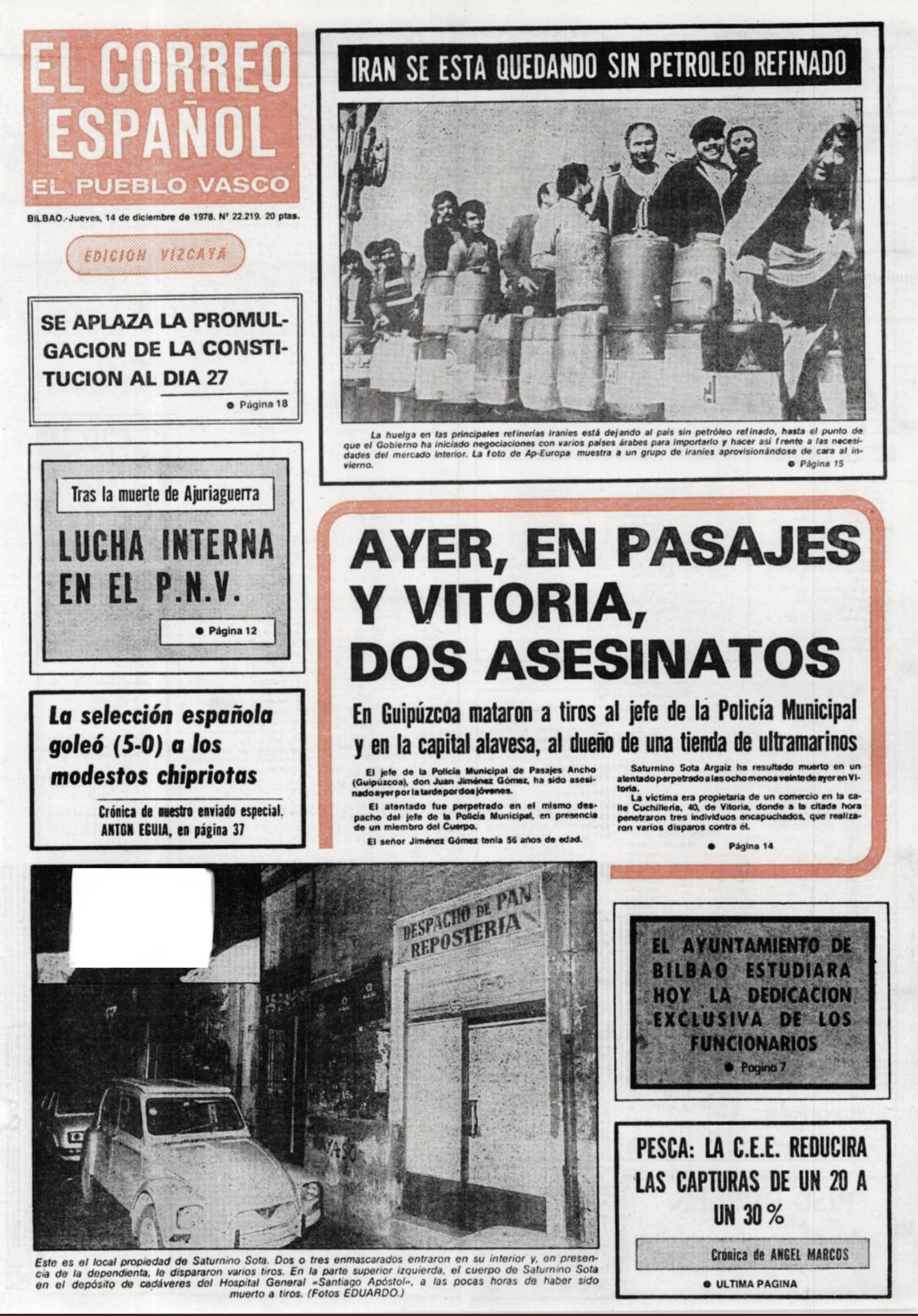 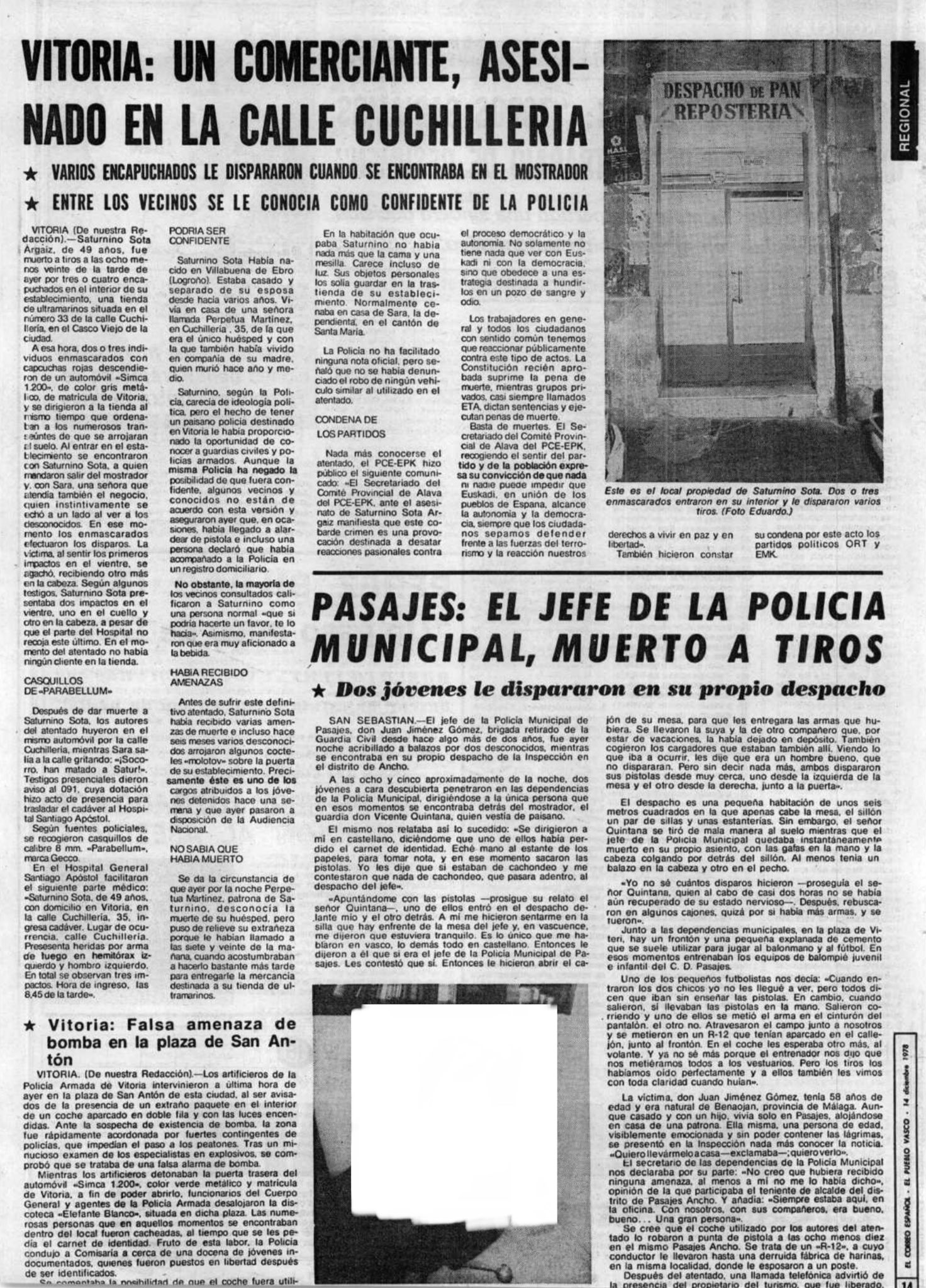 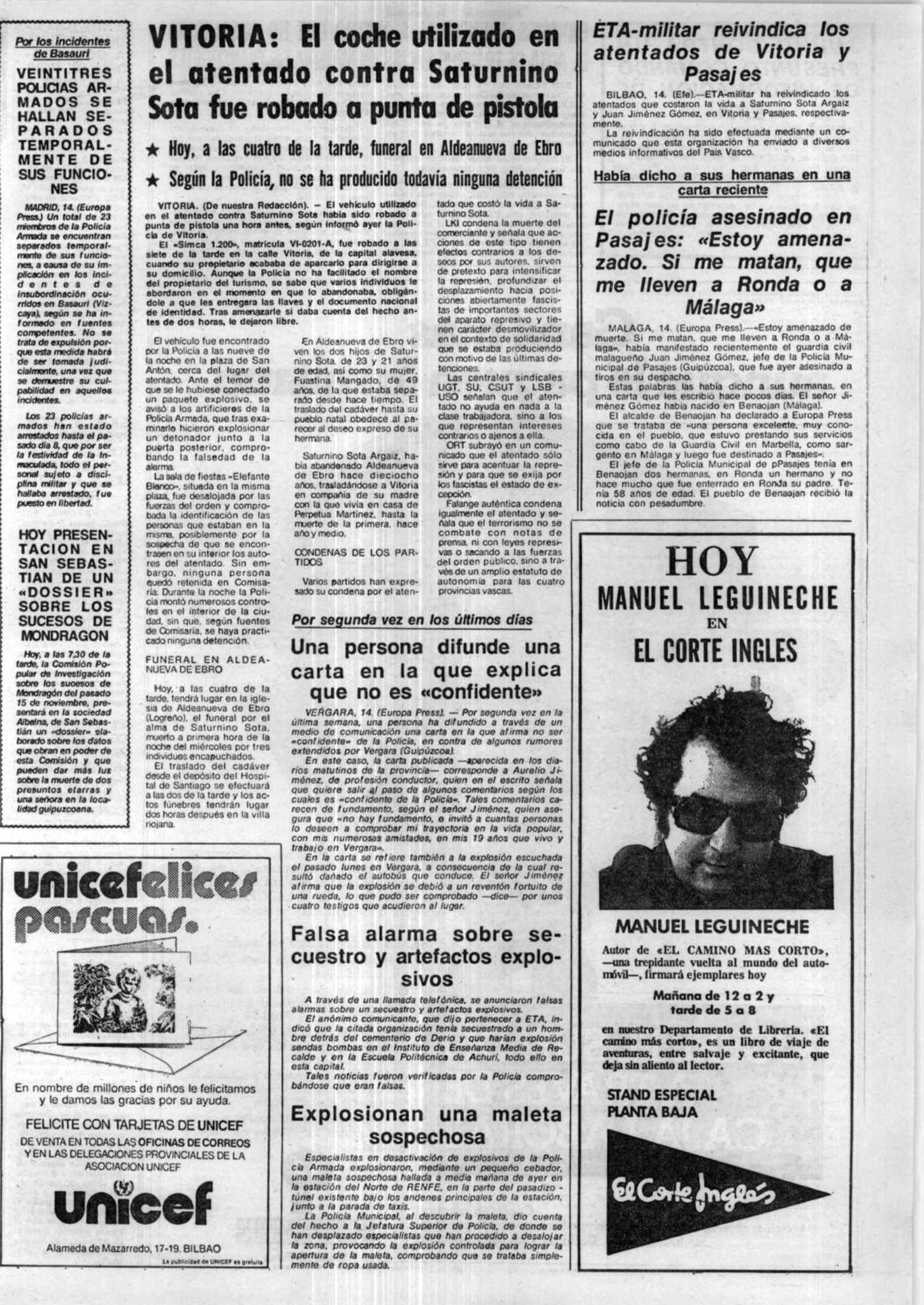 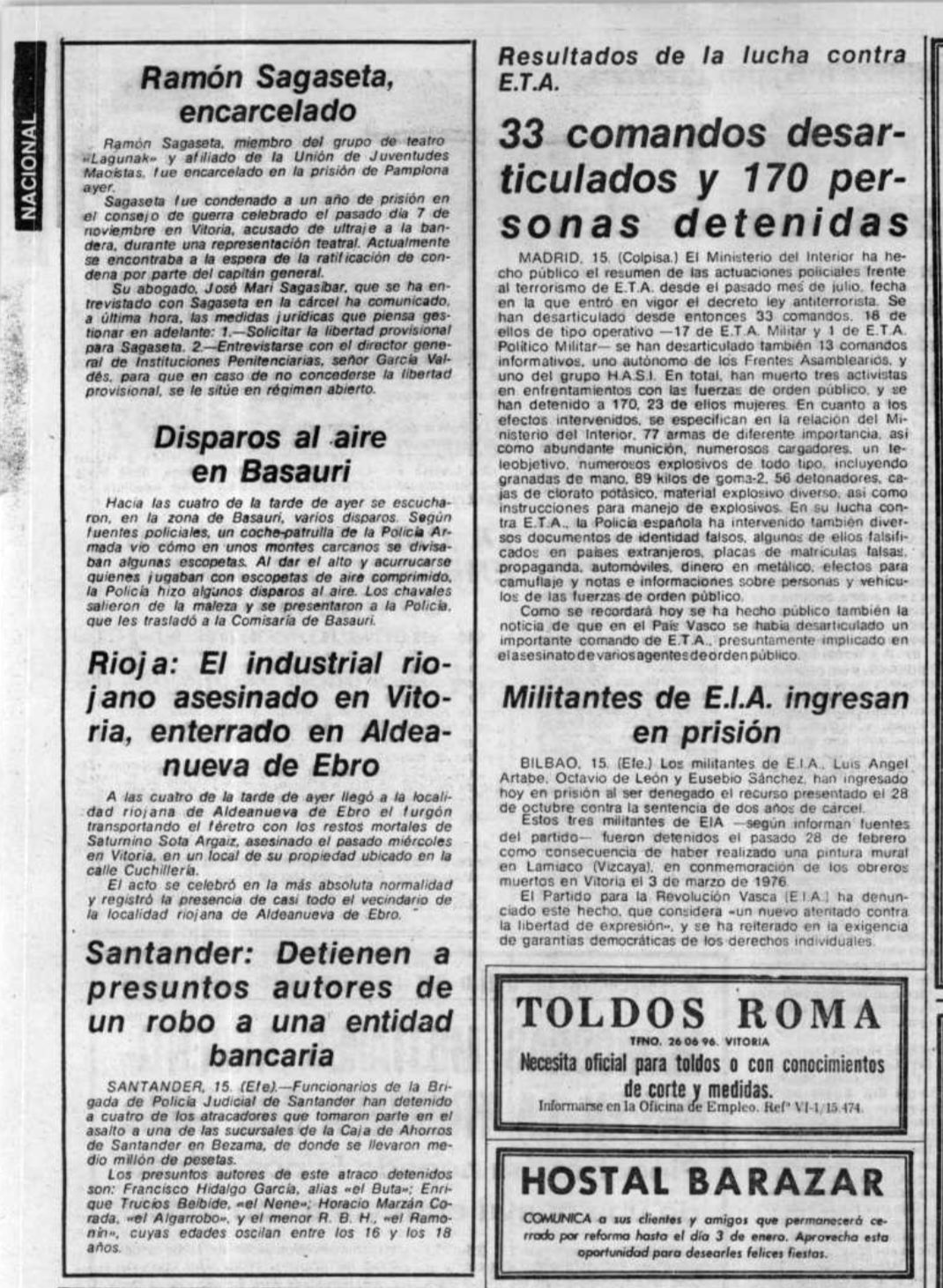