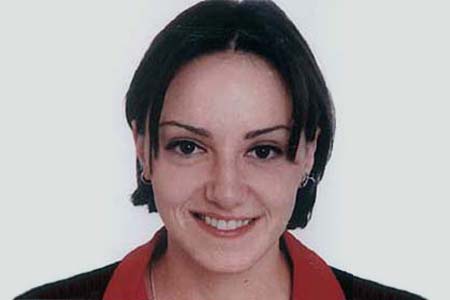 26-year-old Sara Encinas lived with her parents, her sister and her paternal grandmother in the town of Vicálvaro. She studied law at the Universidad Autónoma de Madrid and worked as a telephone operator in Alcobendas. In January 2004 her grandfather, to whom she was very close, had died, and she had been unable to take her February exams. However, she was determined to pass the year and had exciting plans for the future with her boyfriend, Oscar, with whom she had put down a deposit on an apartment which was due to be finished in 2007. On the morning of 11 March, Sara Encinas boarded the commuter train to go to work. Her relatives had to wait 36 hours for confirmation of her death.