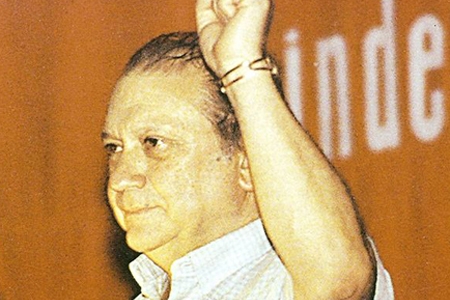 On Tuesday, 20 November 1984 two mercenaries in the pay of the GAL (“anti-terrorist liberation groups”) entered Santi Brouard’s paediatric clinic. Armed with a pistol and a machine gun, they pushed aside the nurse who opened the door, went to the office of the Herri Batasuna leader, Santiago Brouard Pérez, and fired eight shots at him. He was hit five times in the head.

Terrorist Rafael López Ocaña later testified that he had been paid three million pesetas by Luis Morcillo to carry out the murder. 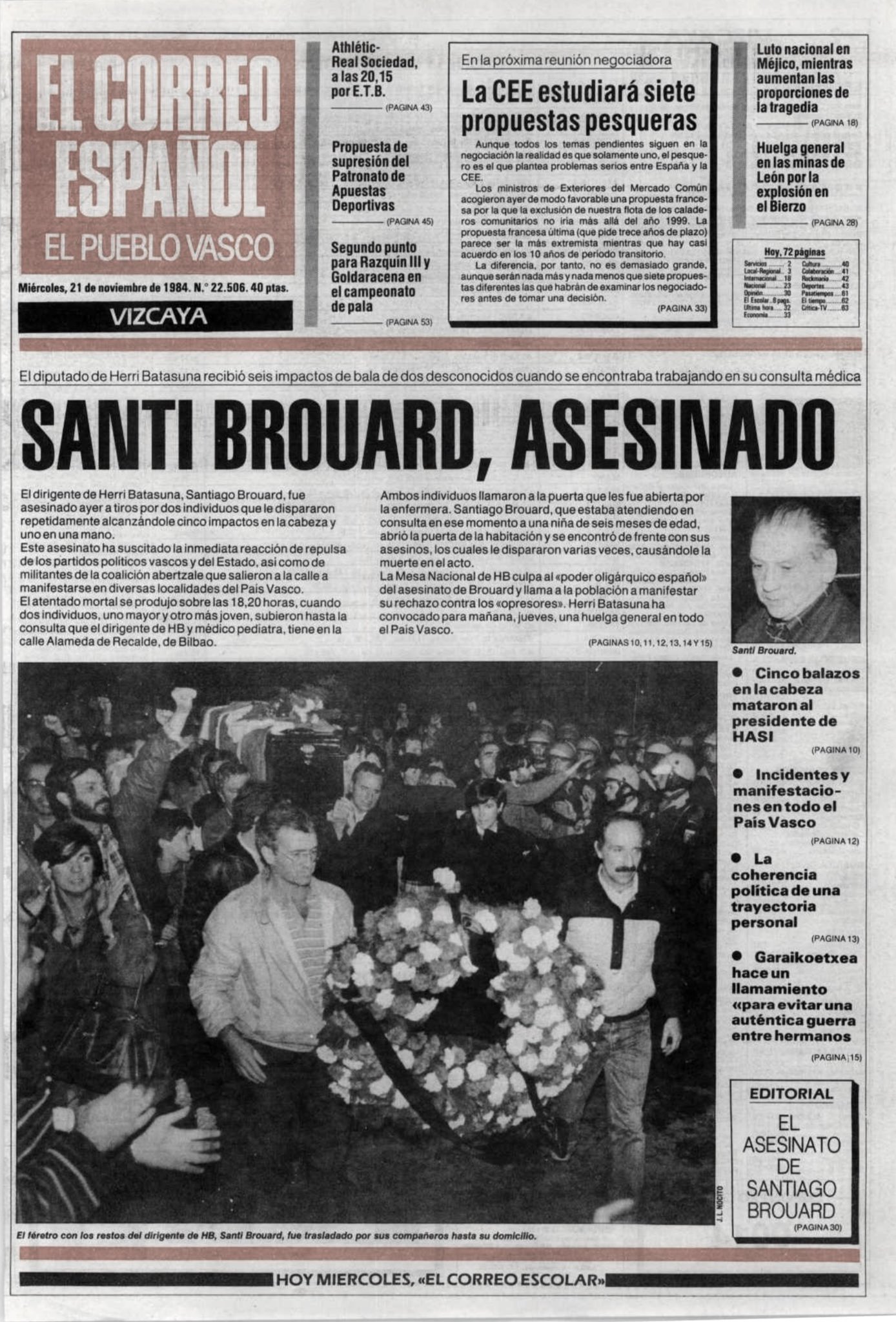 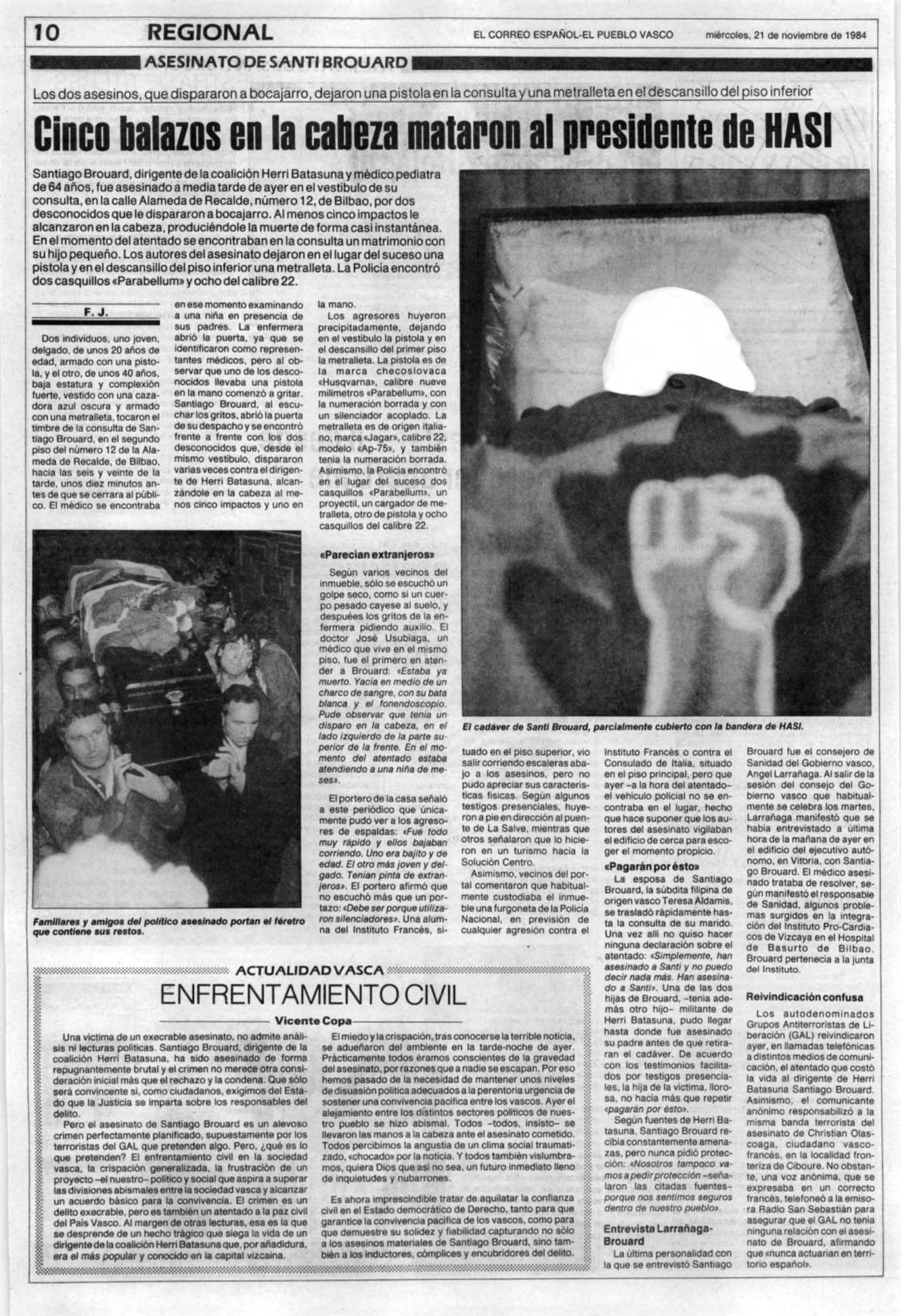 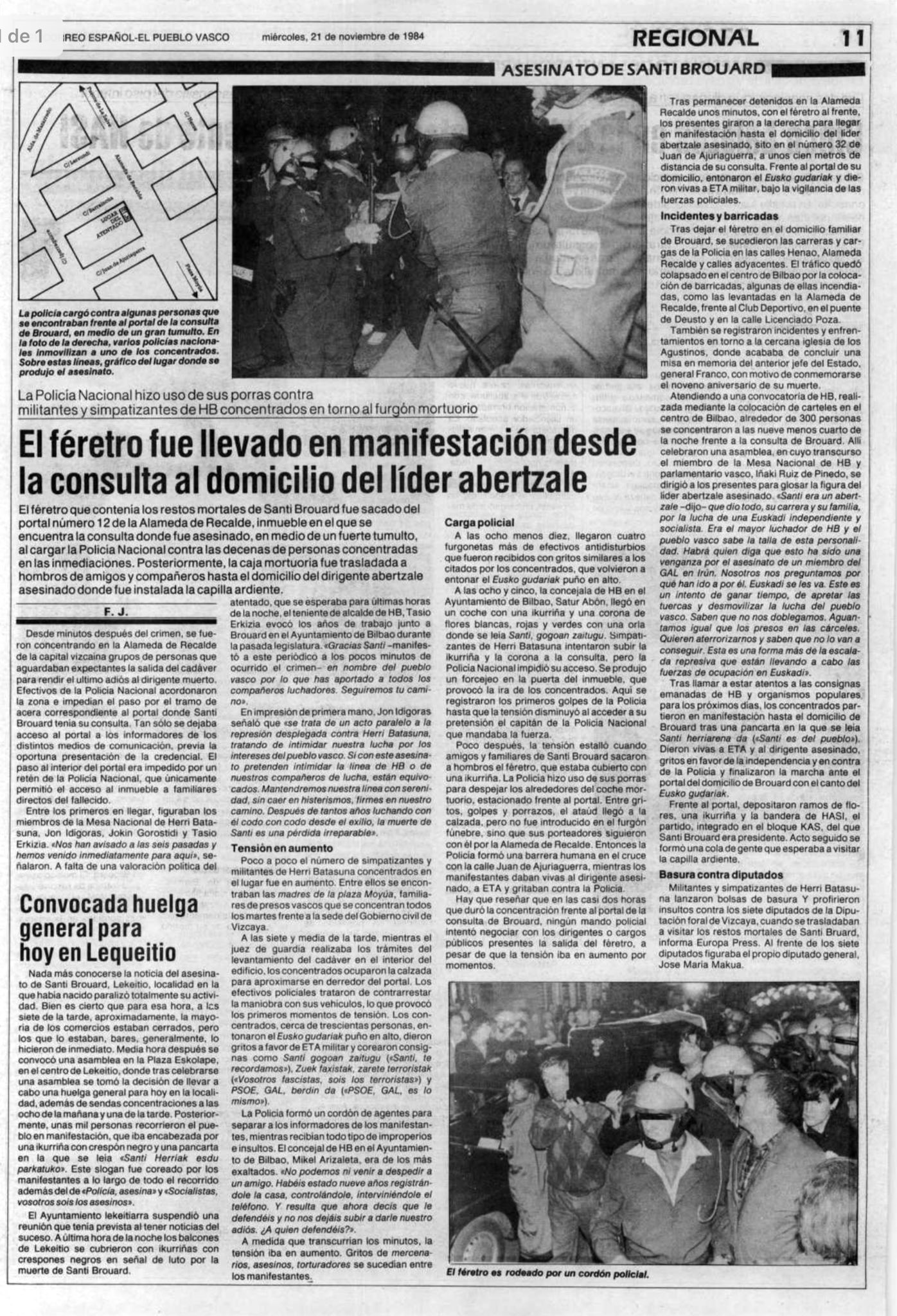 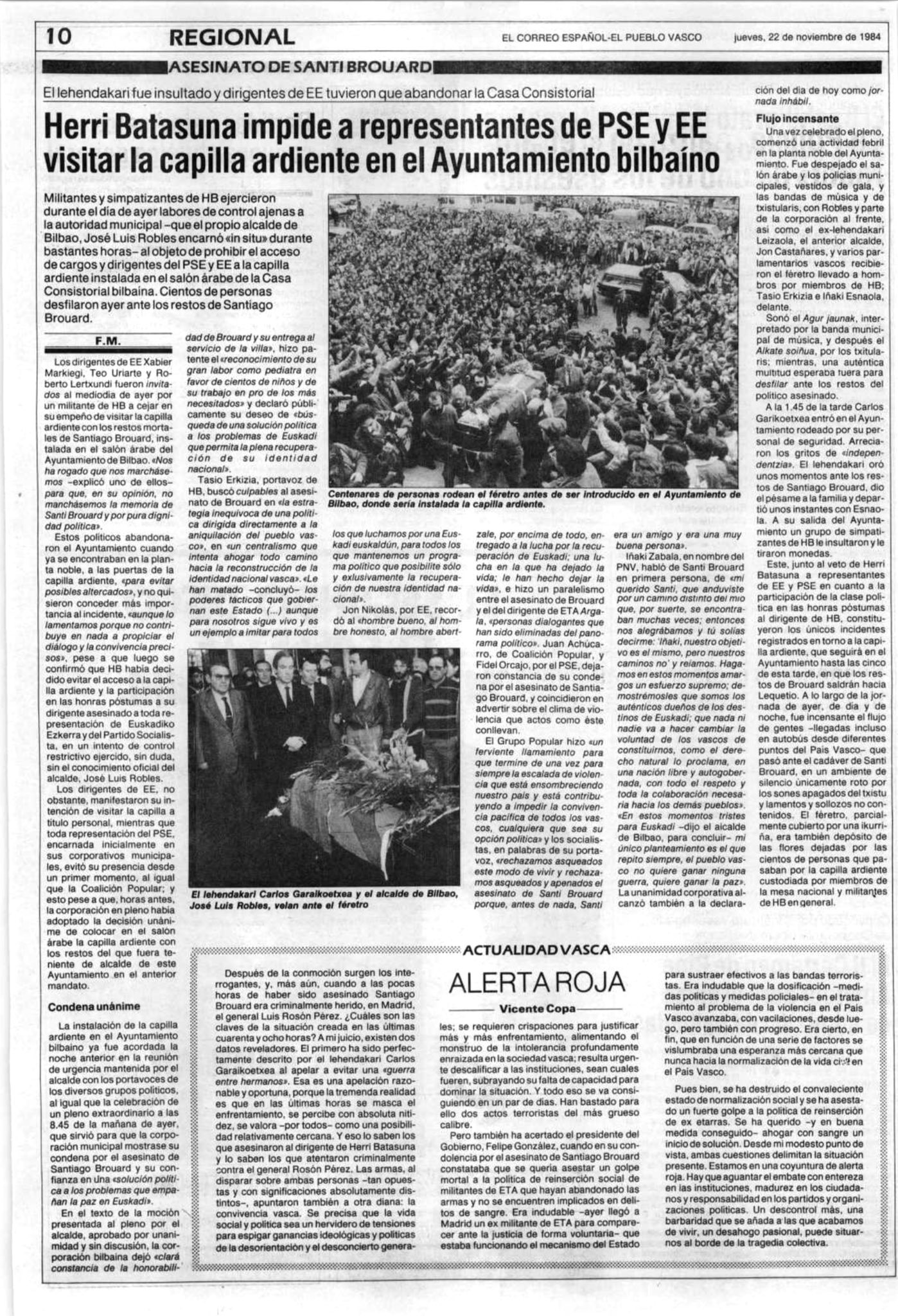