On the early morning of Saturday 15 July 1979, Salomé Alonso Varela and her husband met some friends at the “El Parnasillo” bar, in the Malasaña district, frequented by left-wing activists. A few minutes before midnight, they were getting out of their car, which they had parked a few metres from the establishment. Suddenly, a bomb containing four kilos of Goma-2 exploded. It had been attached to a car parked beside theirs, in front of a delicatessen.

Salomé Alonso took the full force of the blast; she was taken to hospital where she died shortly afterwards. Ten people were wounded, amongst them the husband of the dead woman who was admitted to the Intensive Care Unit. In 1984, two far-right terrorists, who were former activists in New Force (Fuerza Nueva), were sentenced to 73 and 50 years imprisonment respectively for the attack. 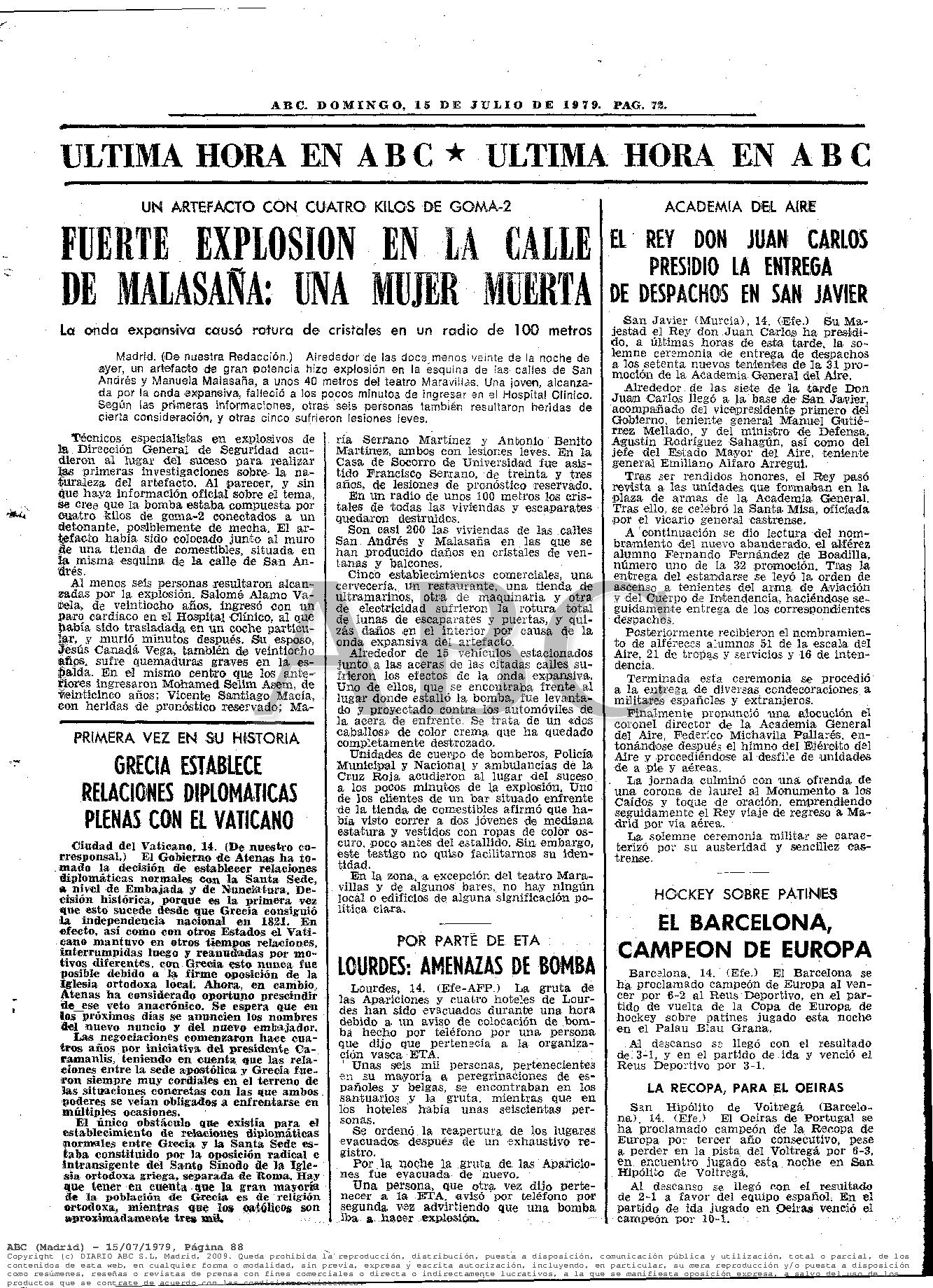 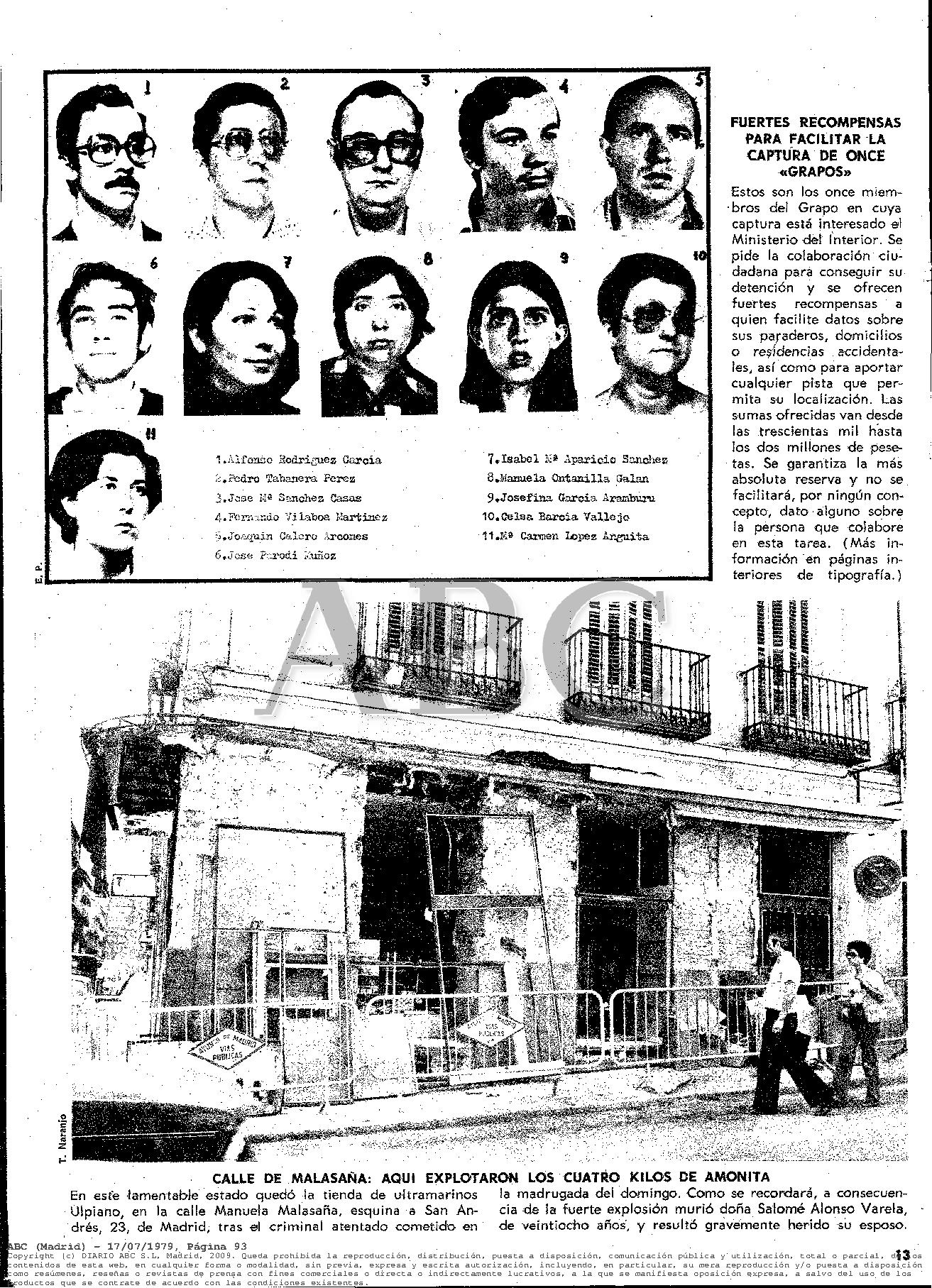 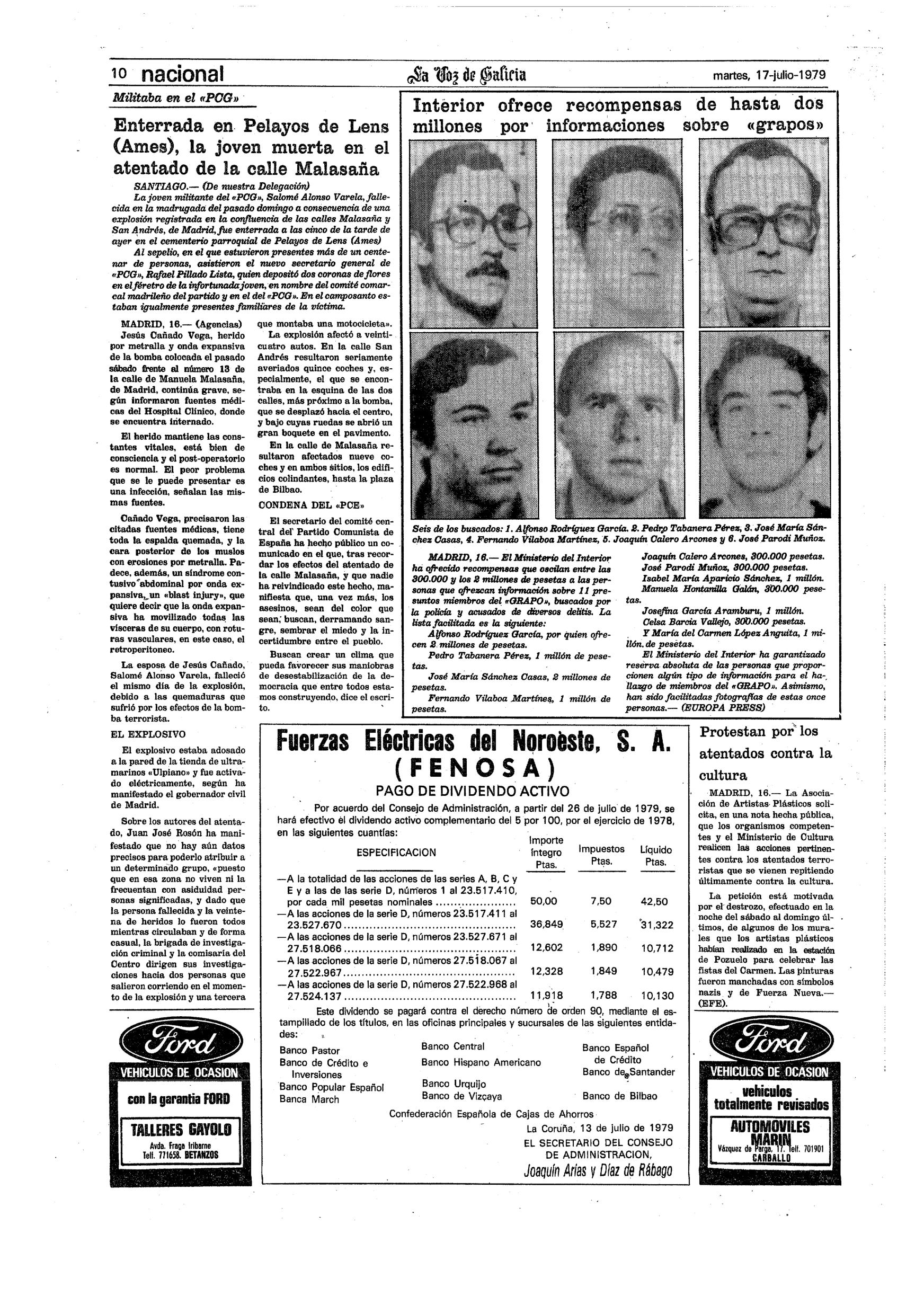