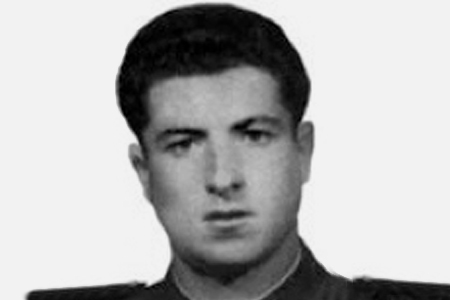 Rufino Muñoz Alcalde was returning to his home in Fuenterrabía from San Sebastián on a bus. National policeman Hipólito Rodríguez Ramos and his wife also got on the bus at the same stop. Both Rufino and Hipólito were dressed in civilian clothes and sat in different seats. Three individuals boarded the bus at the Gaintxurisketa pass, about five kilometres from Rentería. Shortly after the bus started up again, they opened fire on Rufino —who was in the front of the vehicle talking to the driver— from point-blank range. Rufino fell to the floor, bleeding profusely. He died almost instantly. The three ETA members then ordered the driver to halt and hastily began to alight.

Hipólito Rodríguez Ramos, the unarmed plainclothes policeman who was travelling with his wife on the bus, rushed at the last of the terrorists, trying to stop him. In the struggle, the national policeman gave the man a judo chop on the wrist of his right hand, in which he was still carrying the pistol. The gun went off, hitting him in the chest. The ETA member was Francisco Javier Aranzeta Eguizabal, alias Lepo.