Around 9 am on 2 November 1972, three young armed terrorists burst into the French Consulate in Zaragoza and tied up the consul, Roger de Tur Pallier, his secretary and the concierge of the building. They then poured red acrylic paint over them and threw an explosive device into the office. The paint was highly flammable, and the room burst into flames. The diplomat was seriously burned in the blaze and was taken to the Social Security hospital. He died five days later from his injuries at around 11.45 am. Responsibility for the attack was claimed by the Hammer and Sickle Collective (Colectivo Hoz y Martillo).

Roger de Tur had been living in Spain for 40 years, for 38 of which he had served as the French consul in Zaragoza. Following the declassification of classified World War II US files, it transpired that between 1944 and 1946, the French diplomat had spied on Nazis passing through the city on behalf of the American government. 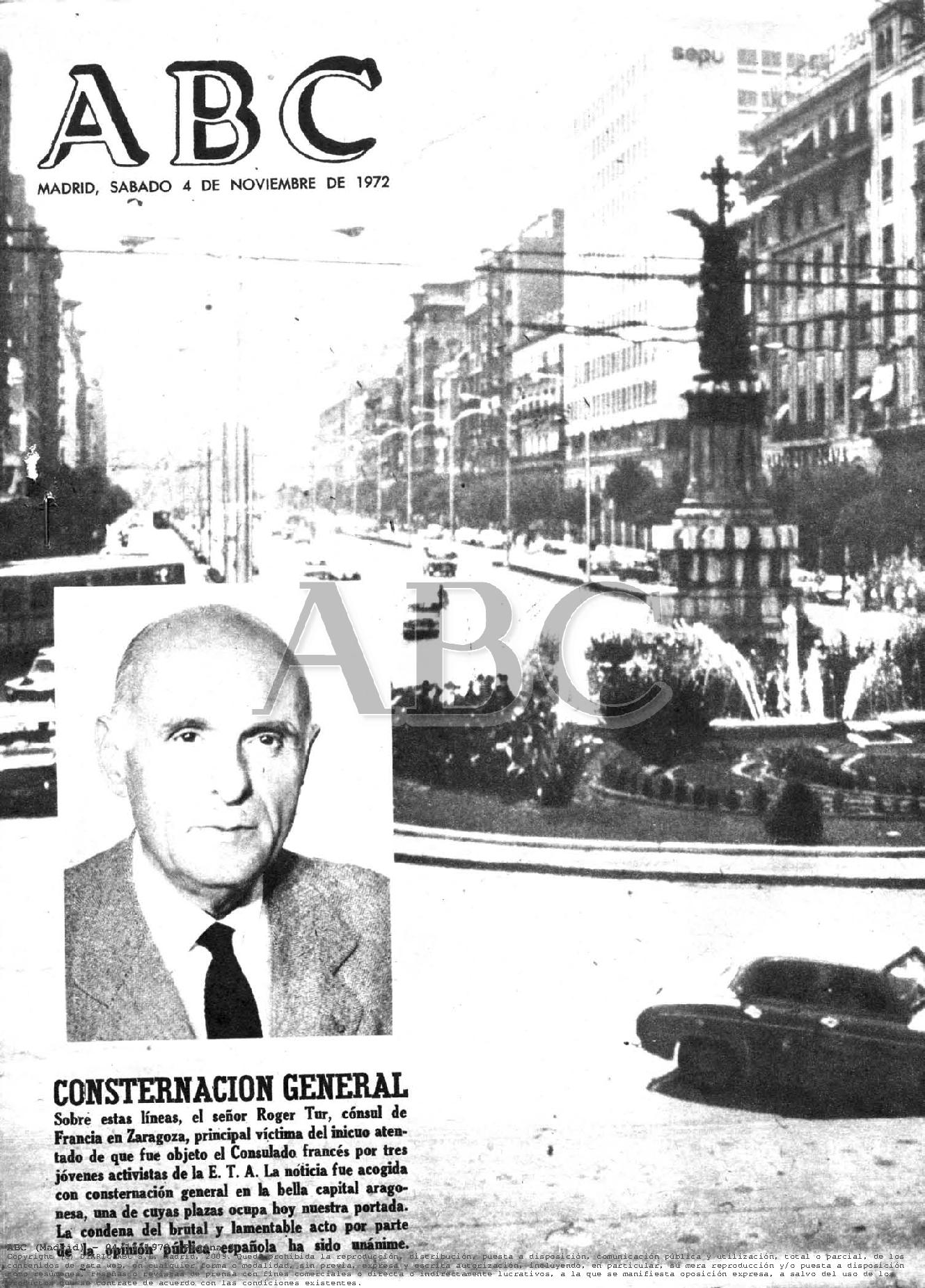 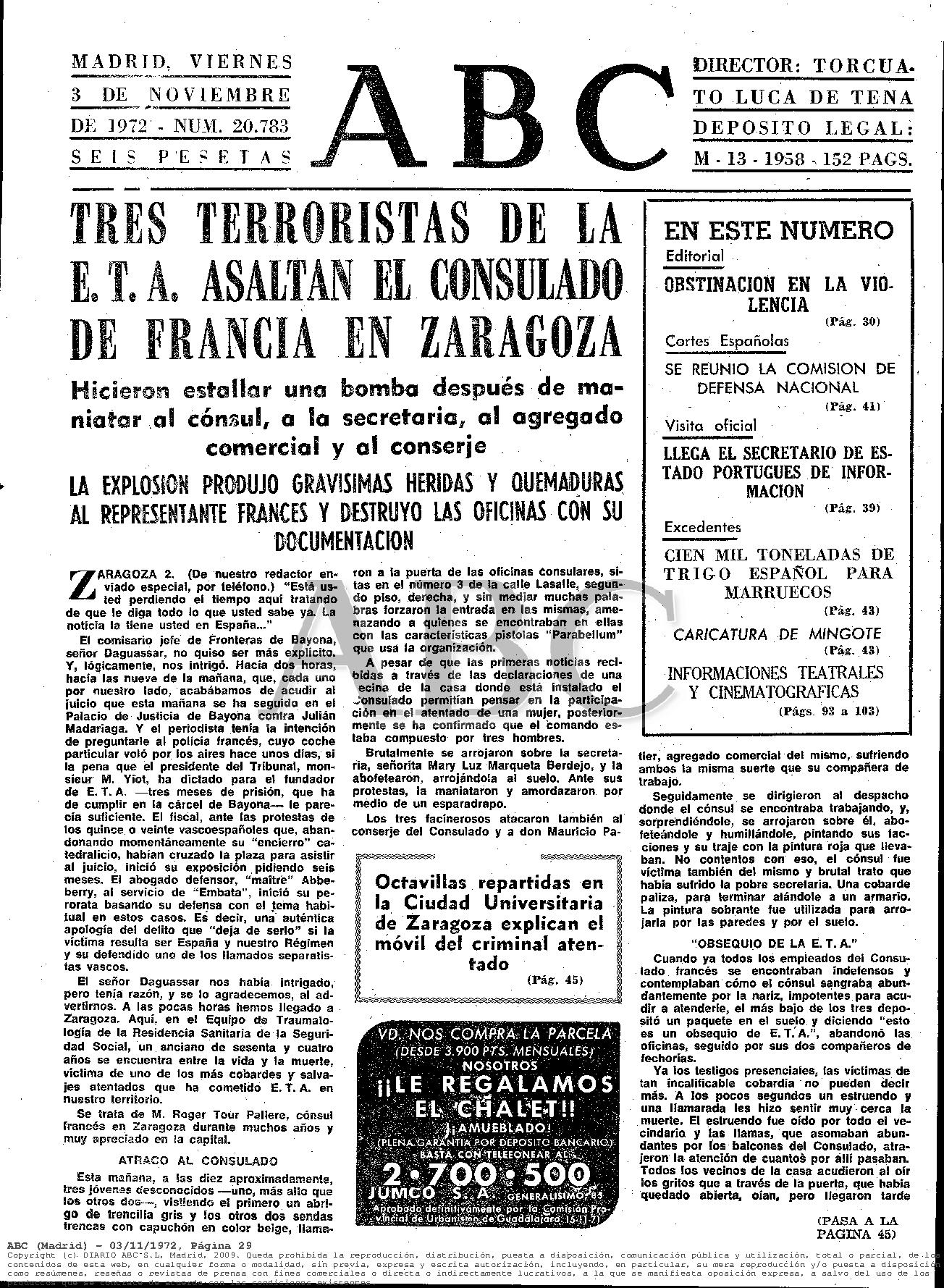 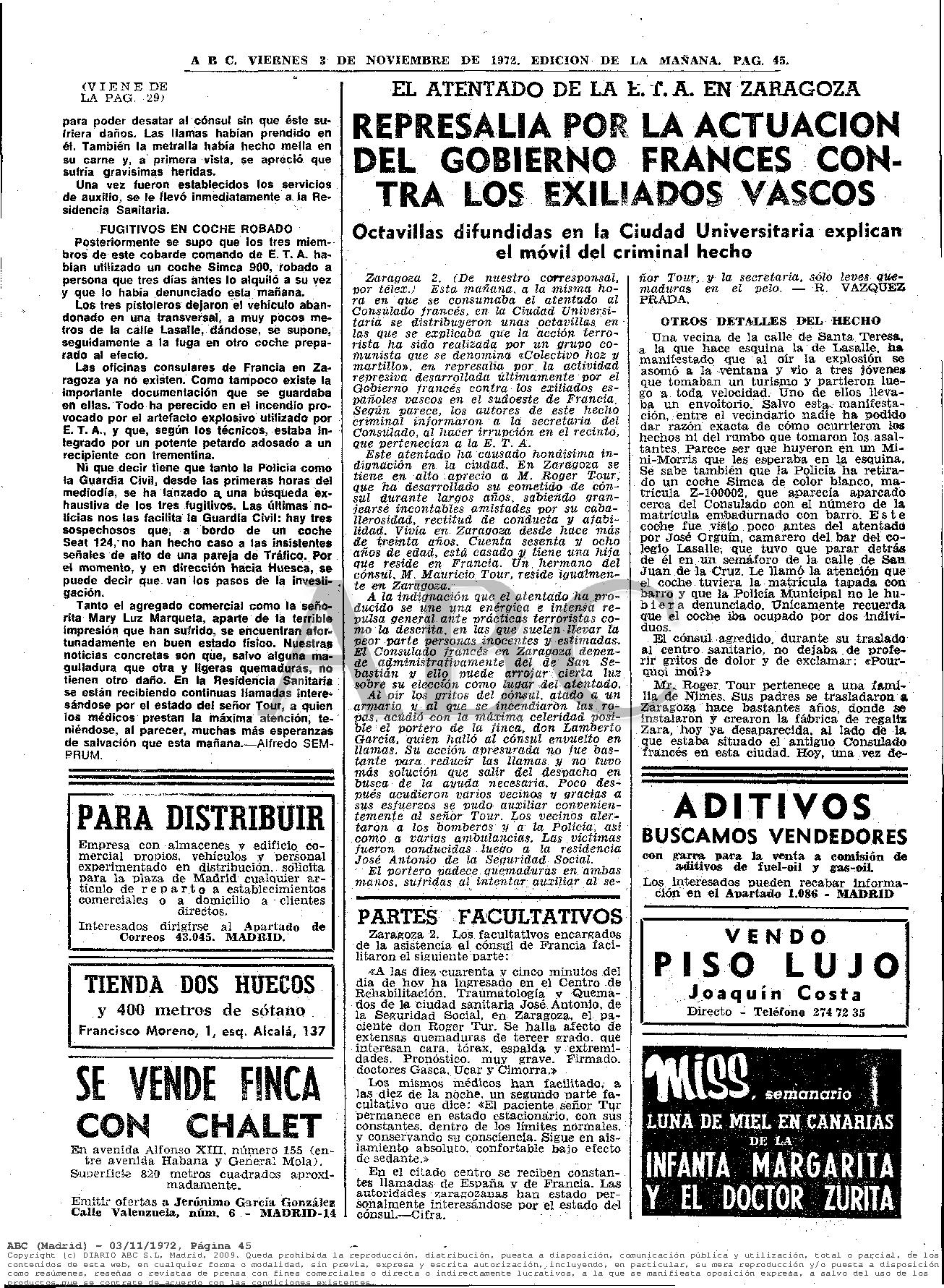 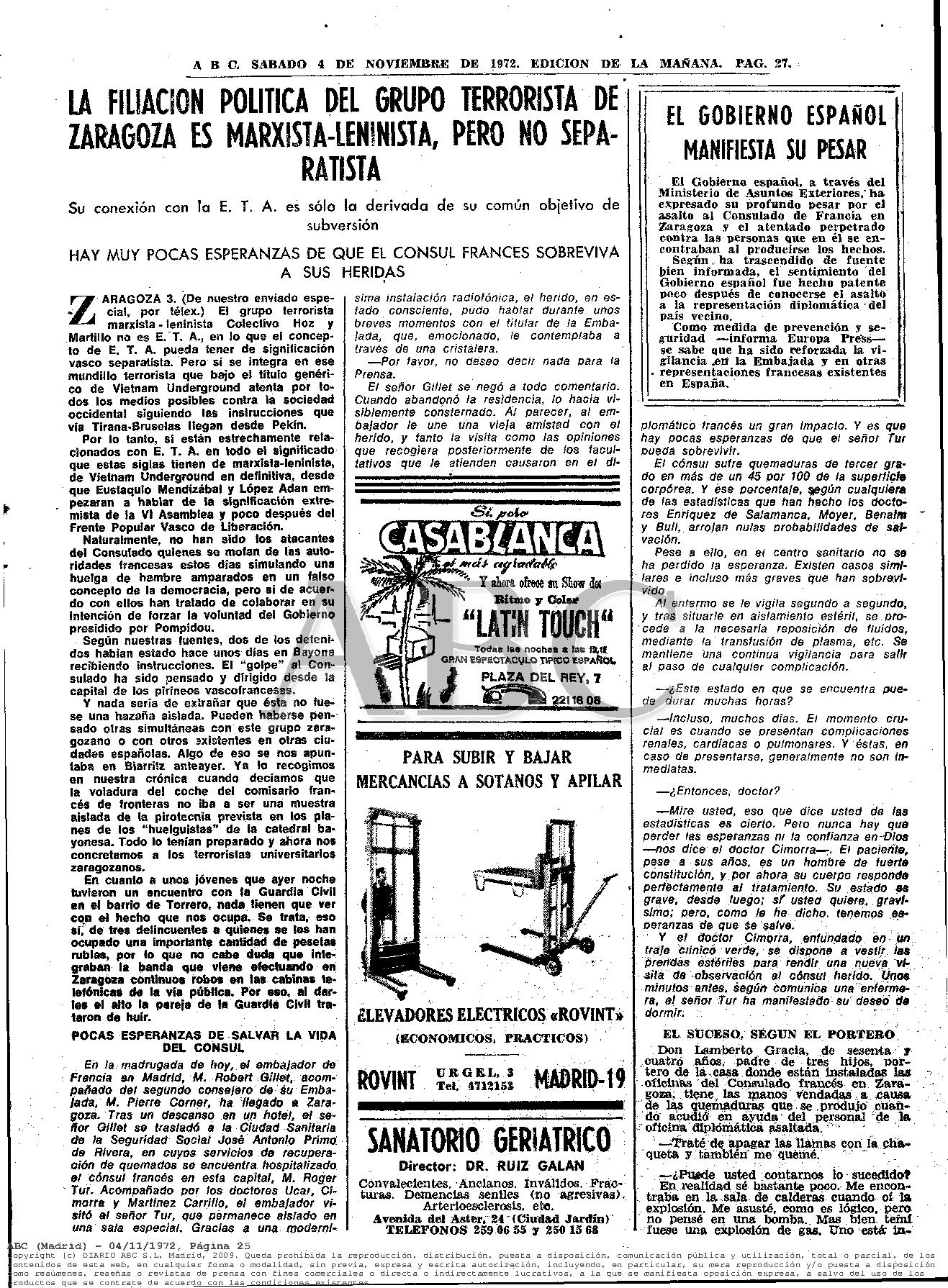 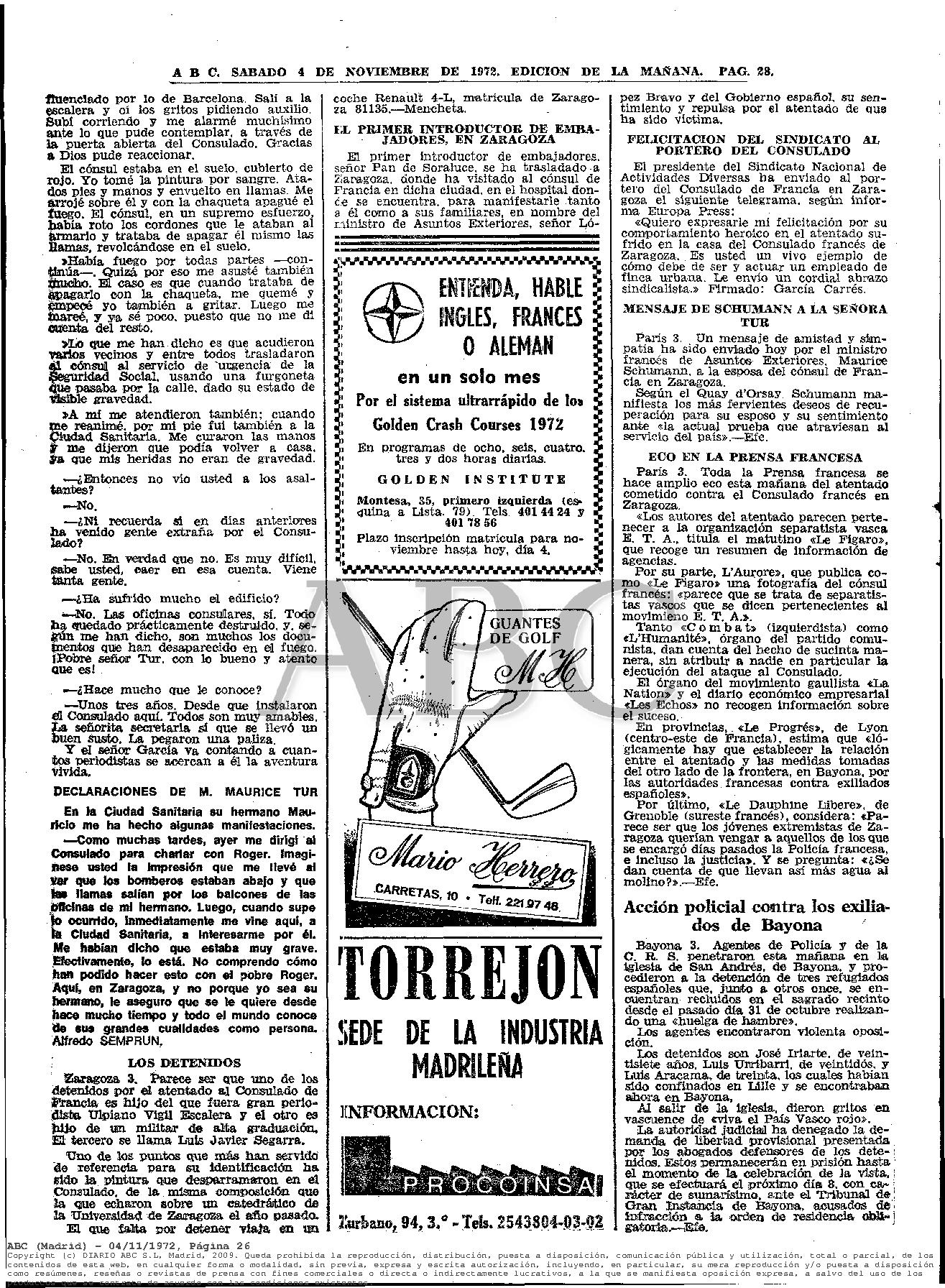 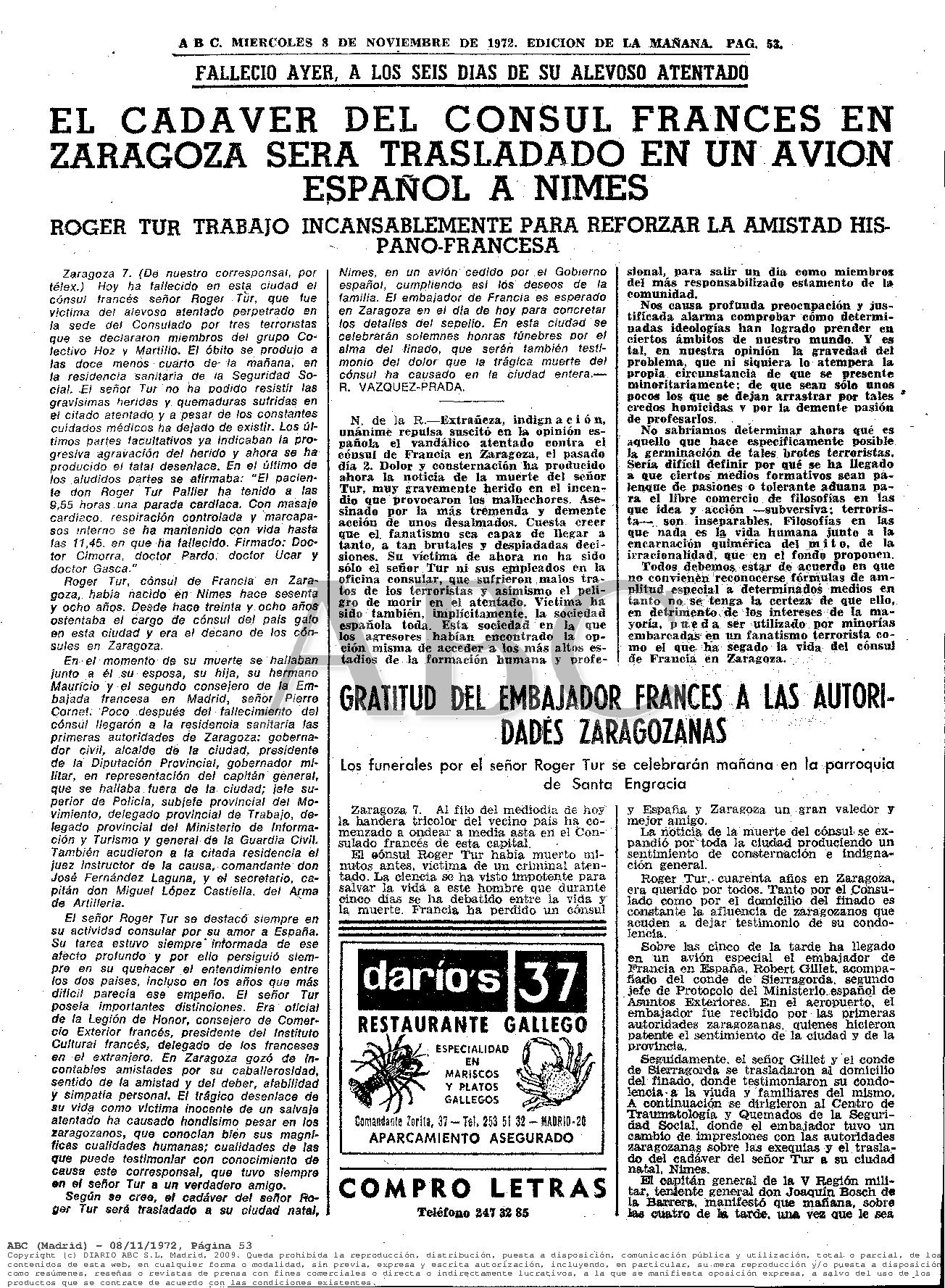 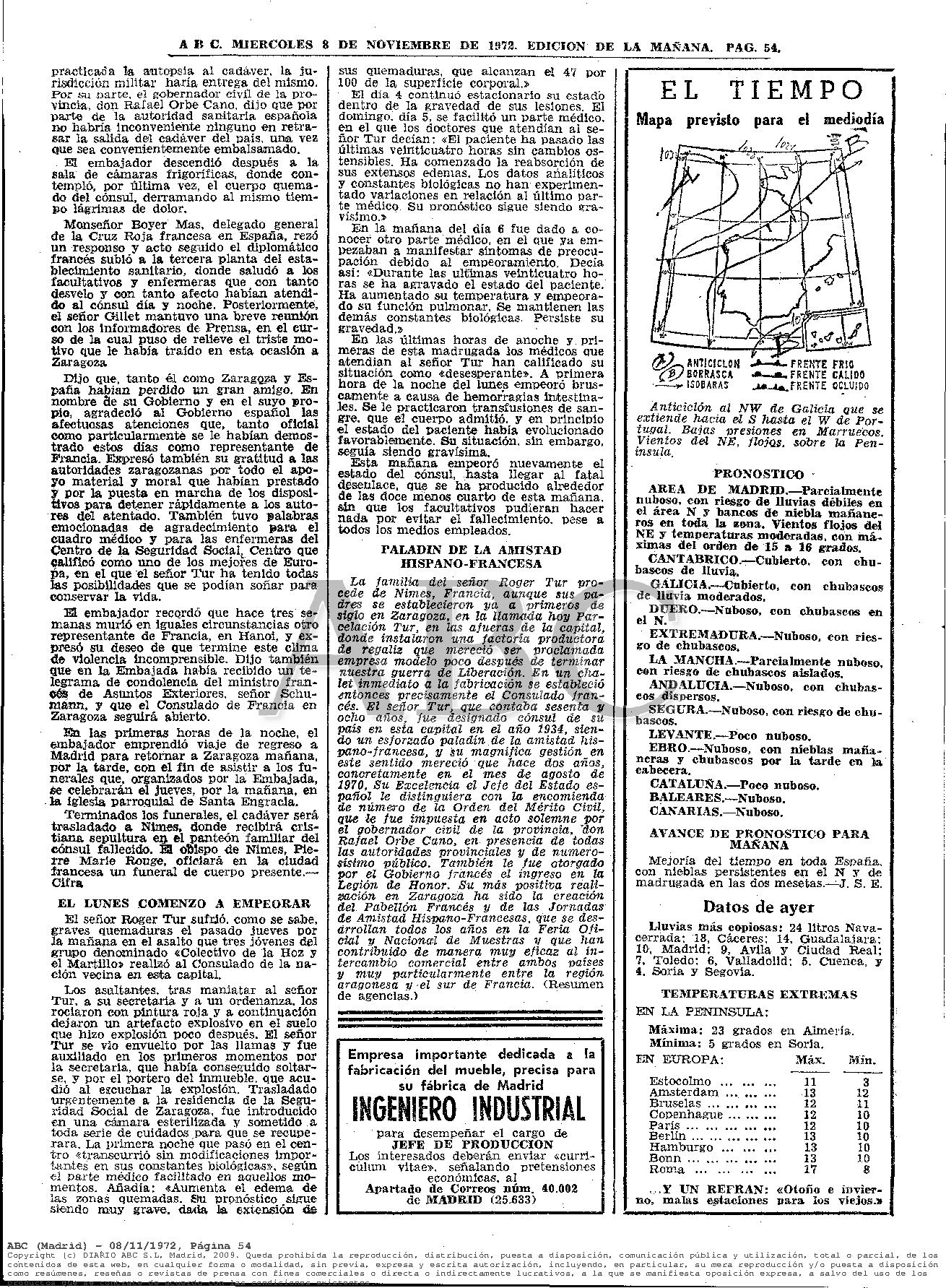