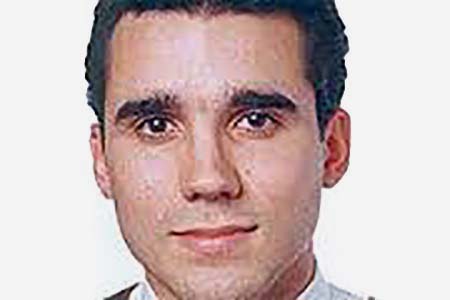 A few hours after it was confirmed that Rodolfo Benito had been killed at Santa Eugenia station, his girlfriend of seven years, Ana, wrote him a letter, saying: “You leave the most terrible hole that someone who was number one in everything can leave”. That morning, Rodolfo Benito had been on his way to the company Ghesa, where he worked as an engineer designing thermal power plants. However, he was preparing to sit civil service exams to become a maths teacher. He died on the train that was blown up at Santa Eugenia station.