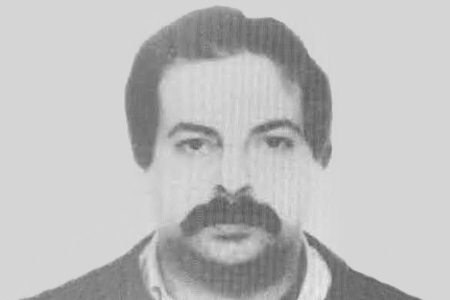 Officer Ricardo González Colino, who was off duty and dressed in civilian clothes, was about to begin a card game. Seated at the table with him were the owner of the bar and a friend. At that moment, a hooded ETA terrorist dressed in a blue raincoat came in and, without saying a word, shot him in the back of the head. The killer took advantage of the confusion among the murdered officer’s fellow card players to make his escape on foot. The bullet lodged in Ricardo’s head and he died almost instantly.