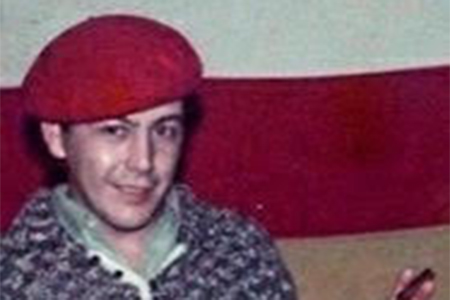 At around five o’clock in the afternoon of 13 June 1991, civil guard Ricardo Couso Río was murdered by the terrorist group ETA in the town of Valle de Trápaga, Vizcaya. Ricardo had parked in front of the Franciscan School of Montpellier and was waiting for his young son to come out of school. His 14-year-old daughter Carolina had left school earlier and gone home. Ricardo’s son took some time to leave the school. Just as he was reaching his father’s car, a member of ETA’s Vizcaya unit approached the vehicle and fired six shots through the front window. The civil guard died in his car in full sight of the nine-year-old boy. The terrorist got away in a taxi cab he had previously stolen.
Years later, in an interview, Ricardo’s widow Fina Saavedra said, “no one had the courage or the decency to take that nine year old boy and give him a hug when he had just witnessed his father’s murder. They left him sitting blankly on a little stone bench until my husband’s colleagues arrived”. Years later, the little boy who had witnessed his father’s murder went on to join the Civil Guard. 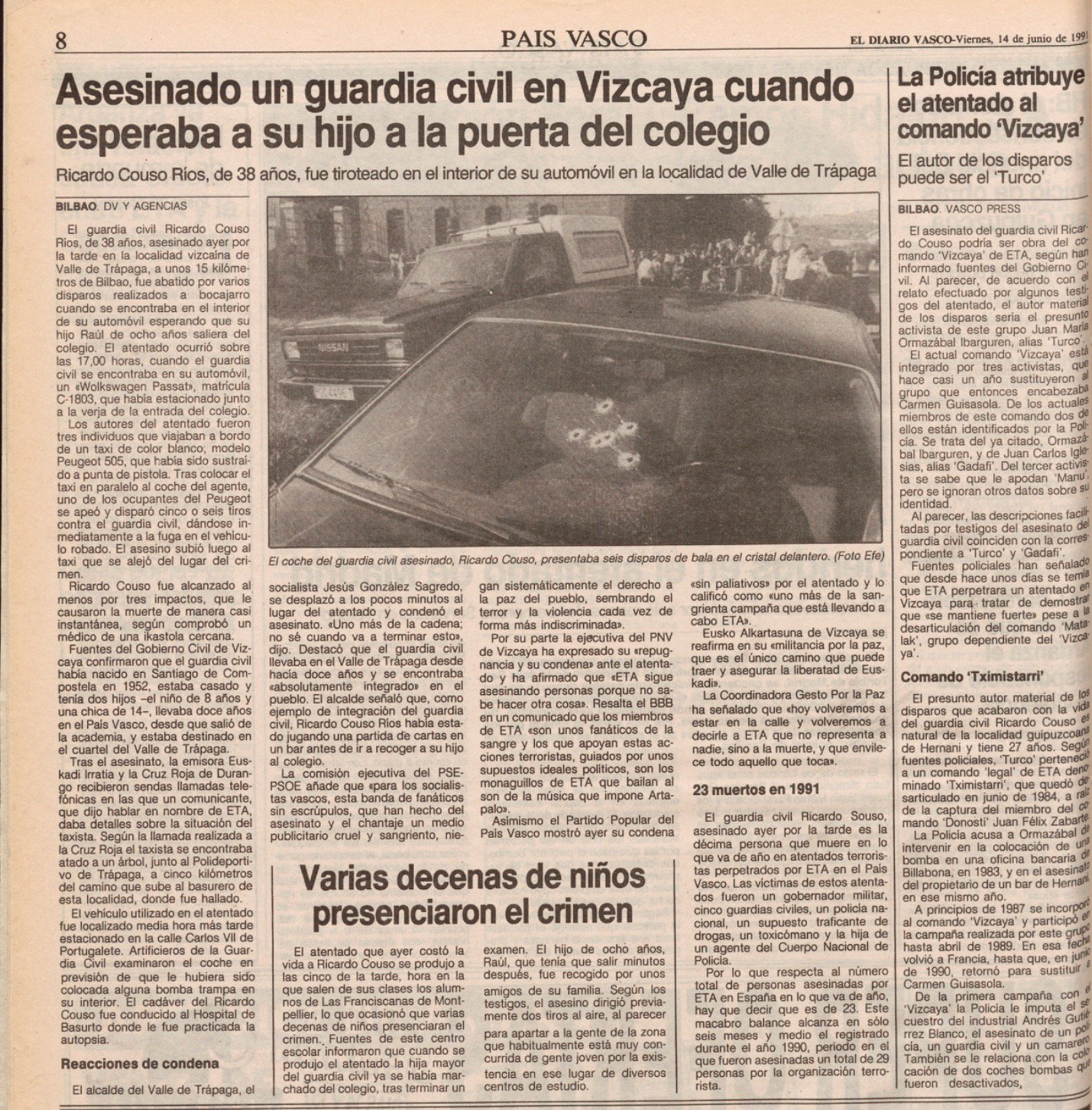 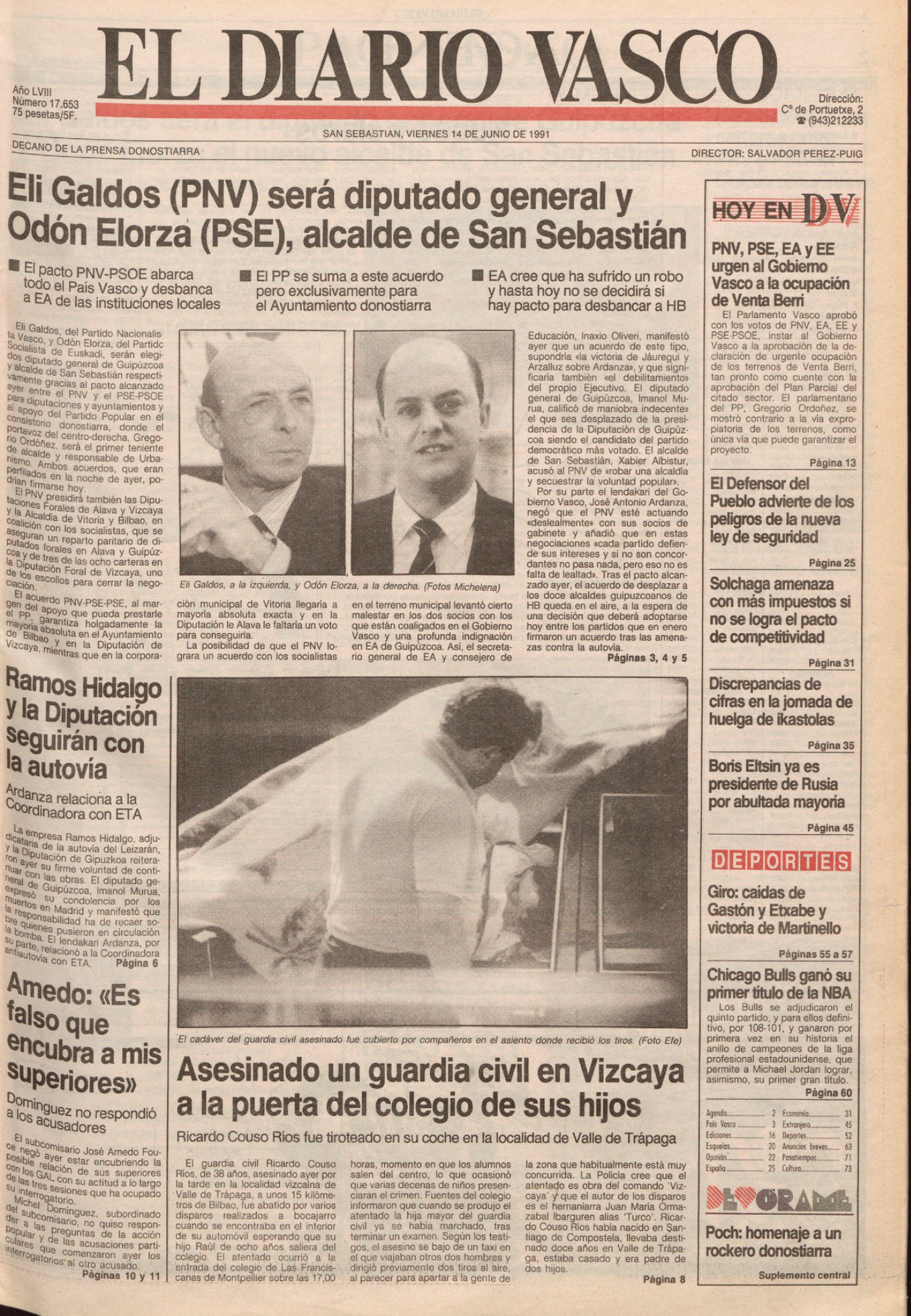 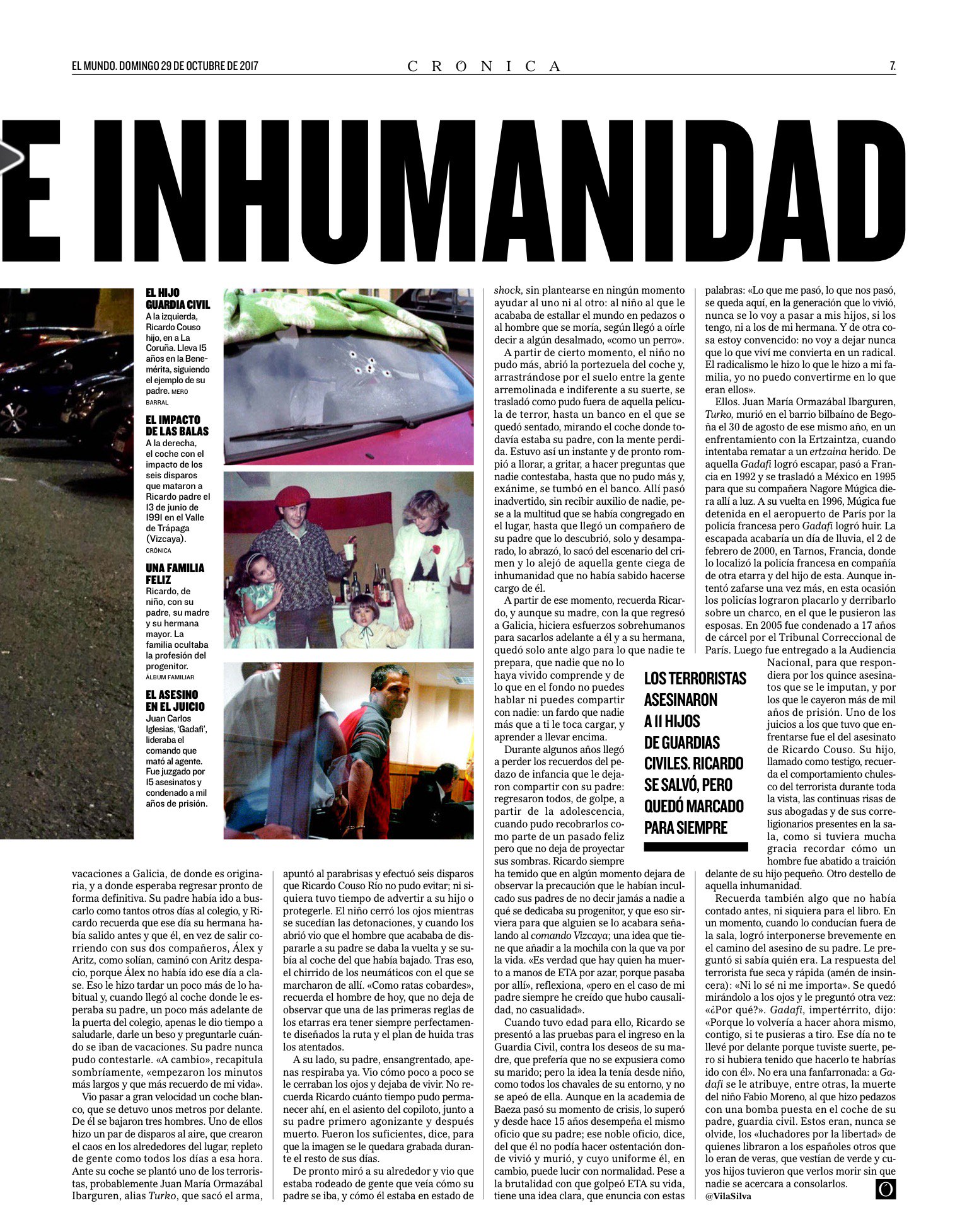 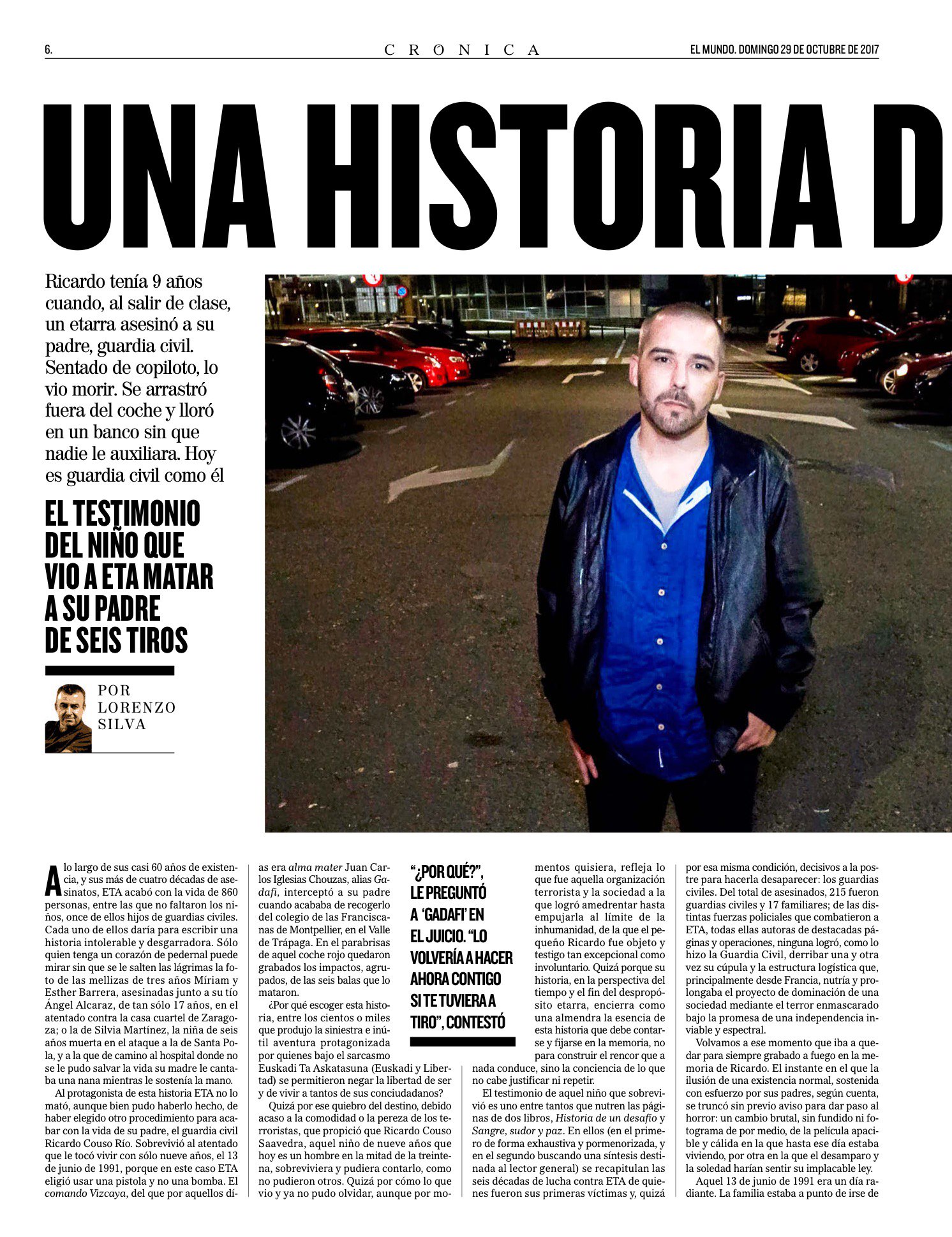 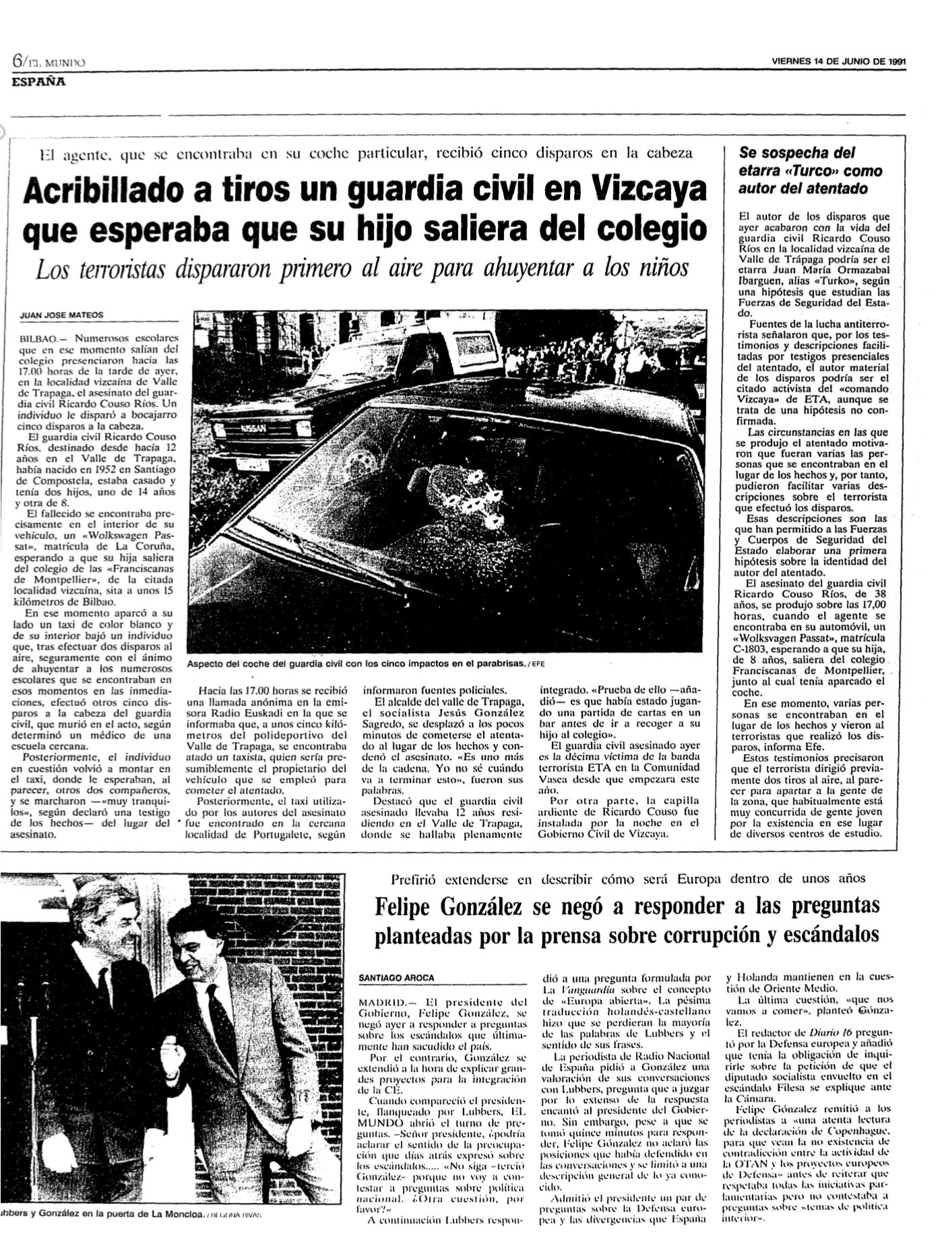 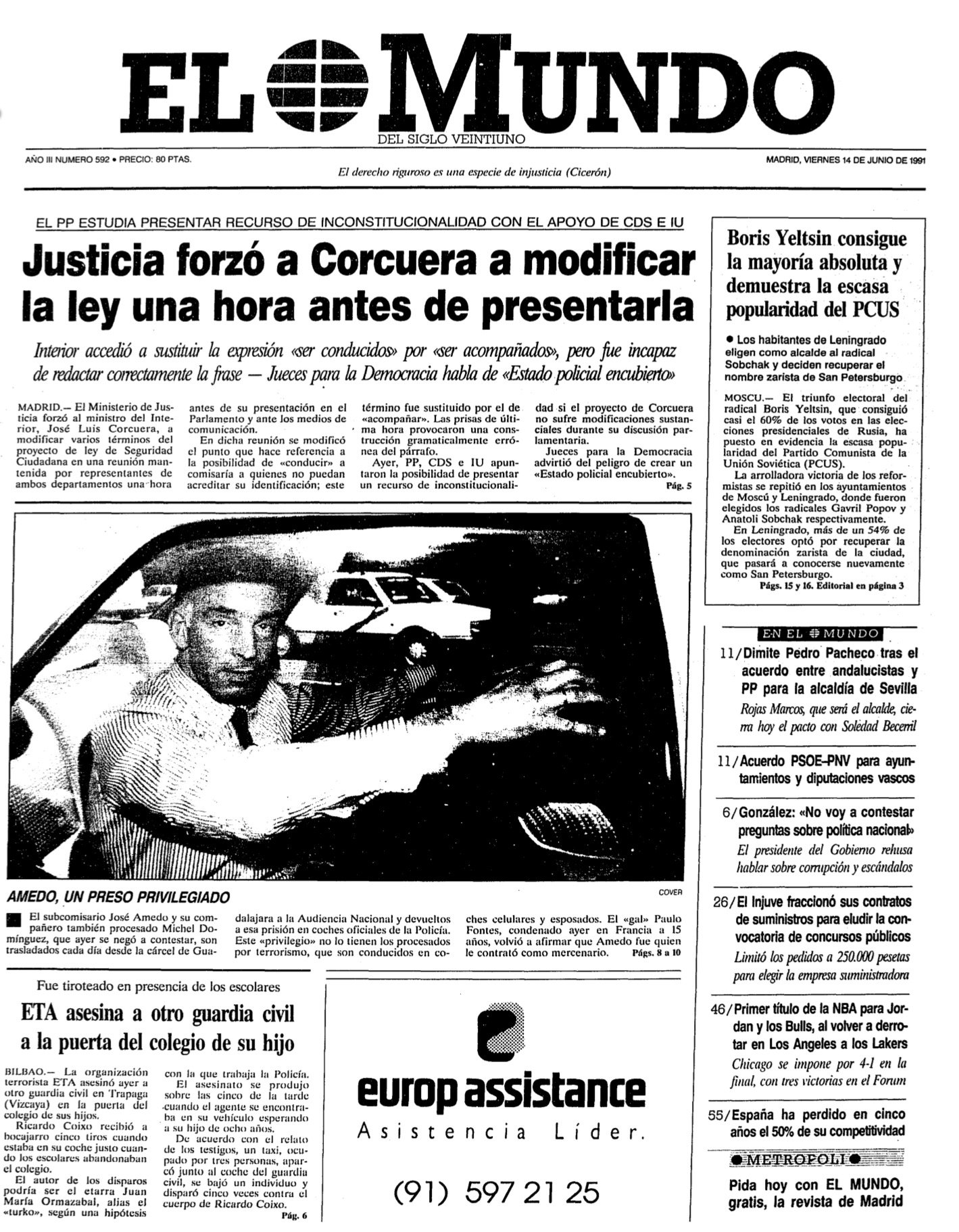