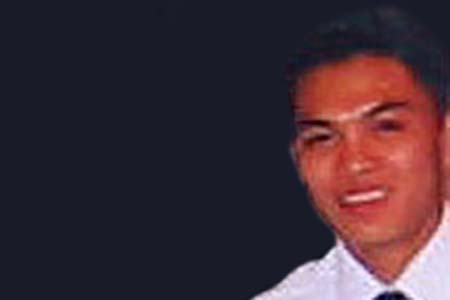 20-year-old Rex Ferrer, a young man of Filipino origin, sang in a choir. On 10 March 2004, he accidentally left his backpack behind in the church where the choir rehearsed. A fervent religious believer, he belonged to the Church of Christ and had once said that he did not fear death because he firmly believed in the existence of another life. He worked as a waiter and was also training to be a carpenter. On the morning of 11 March, he left home earlier than usual to pick up the backpack he had left behind the day before. He was on the suburban train that was travelling through Atocha station when the bombs went off and was killed in the blast.