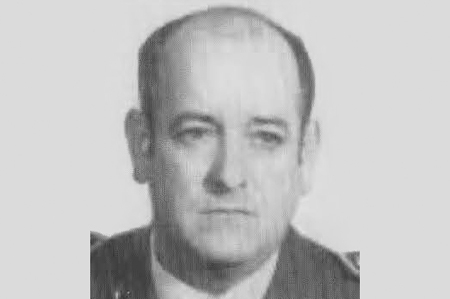 Lieutenant Colonel Romeo Rotaeche attended 9:30 am mass at the Basilica of Begoña, near his home. According to eyewitnesses, two ETA members, a man and a woman, were also inside the church. After mass, as the officer was leaving the basilica, the woman pulled out a pistol and fired a single shot that hit the lieutenant colonel in the back of the head.
¡para¡ As he lay in a pool of blood, the two assailants fled on foot. A medical report was issued on the evening of 19 March, stating that the wounded man was in a deep coma. He died two days later from the very serious injuries sustained in the attack.