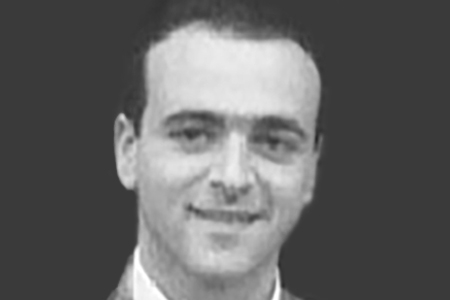 Ramón Doral Trabadelo (‘Montxo’), a member of the Basque police force (Ertzaintza), was killed close to his home. He was on his way home to pick up his wife and young son to take the child to a crèche, but when he had driven just 50 metres, a limpet-bomb exploded under his an Opel Vectra car.
Another driver behind him had noticed something suspicious protruding from under the driver’s seat and had begun to sound his horn and flash his lights to get the police officer’s attention. The victim either did not notice or did not have time to react. Moments later, the bomb exploded, killing him.
The victim had been a member of the PNV youth movement in 1977, but had given up politics when he joined the Ertzaintza.