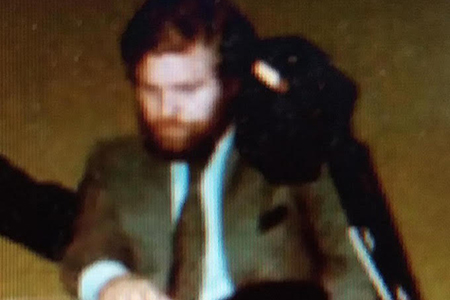 At around 10 pm on 30 March 1982, Egin newspaper received a call stating that Dr Ramiro Carasa had been “executed following interrogation” and that his body was in a hillside between Urnieta and Andoain. Journalists alerted the police and went to the scene, where they located the body before the police. Ramiro’s body showed signs of torture: his hands were tied behind his back, his eye was badly bruised, his skull was fractured and he had been shot five times in the head.
Dr Carasa was a traumatologist at Nuestra Señora de Aránzazu Hospital. Days before his murder, rumours had circulated that he had refused medical assistance to an ETA member who had been wounded in an attack at the Rancho Chileno restaurant, in which three people were killed. The allegations were refuted by the College of Physicians, but it was too late.
Carasa was approached by the terrorists as he was leaving work to go to Madrid. One of the ETA members forced him into the vehicle and he was taken to a place near Urnieta where he was interrogated before being shot dead. The terrorists abandoned the victim’s car in Lasarte. 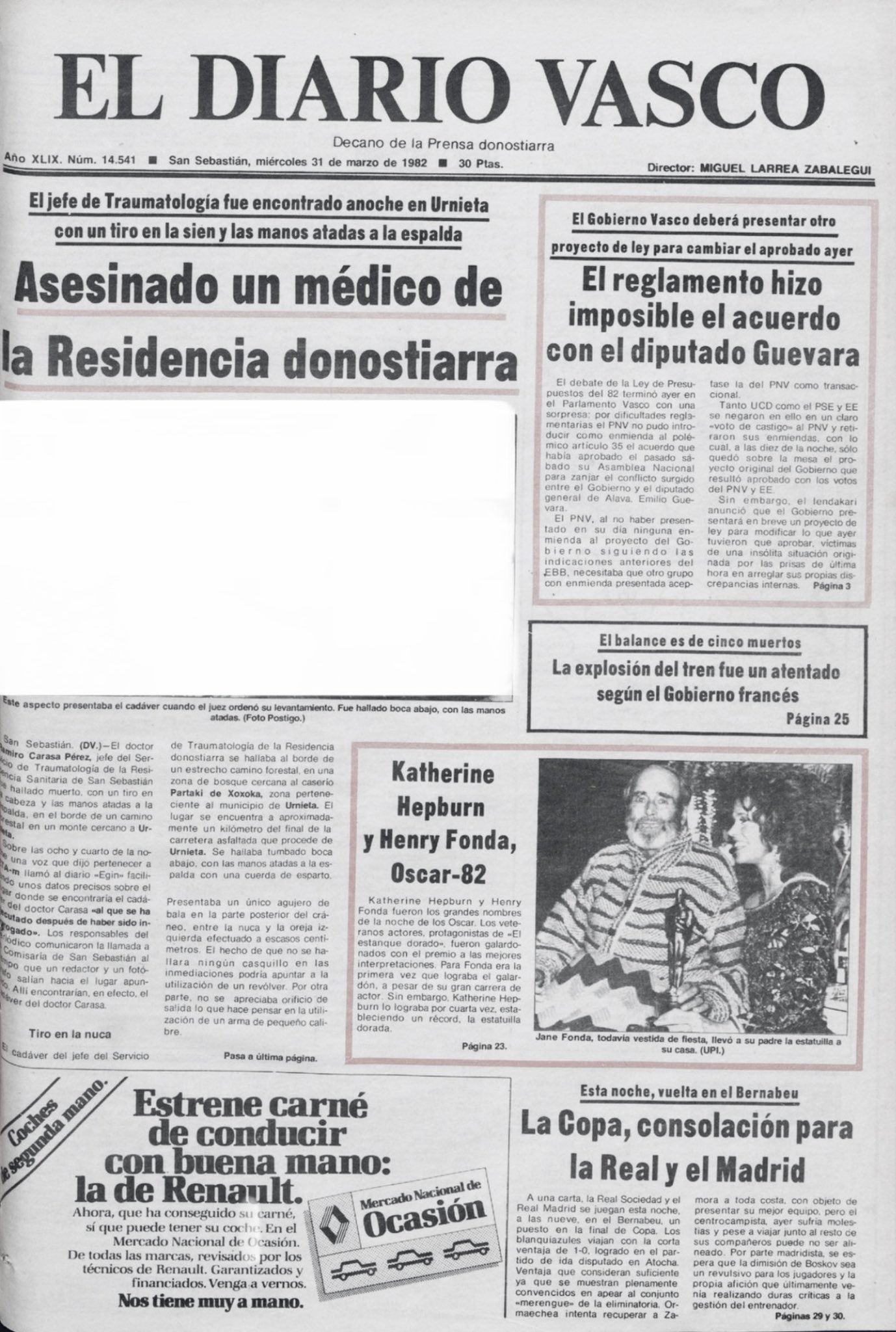 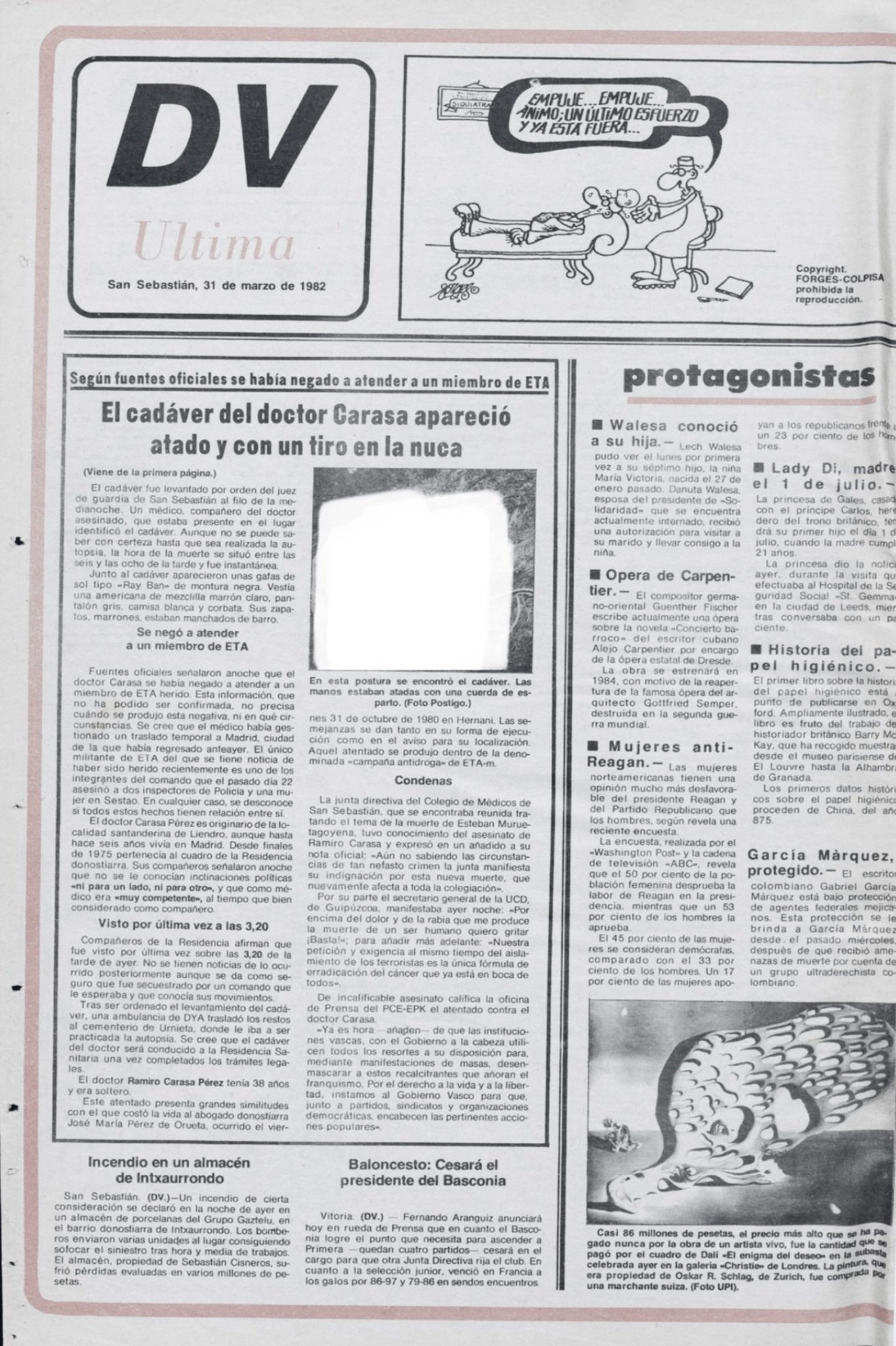 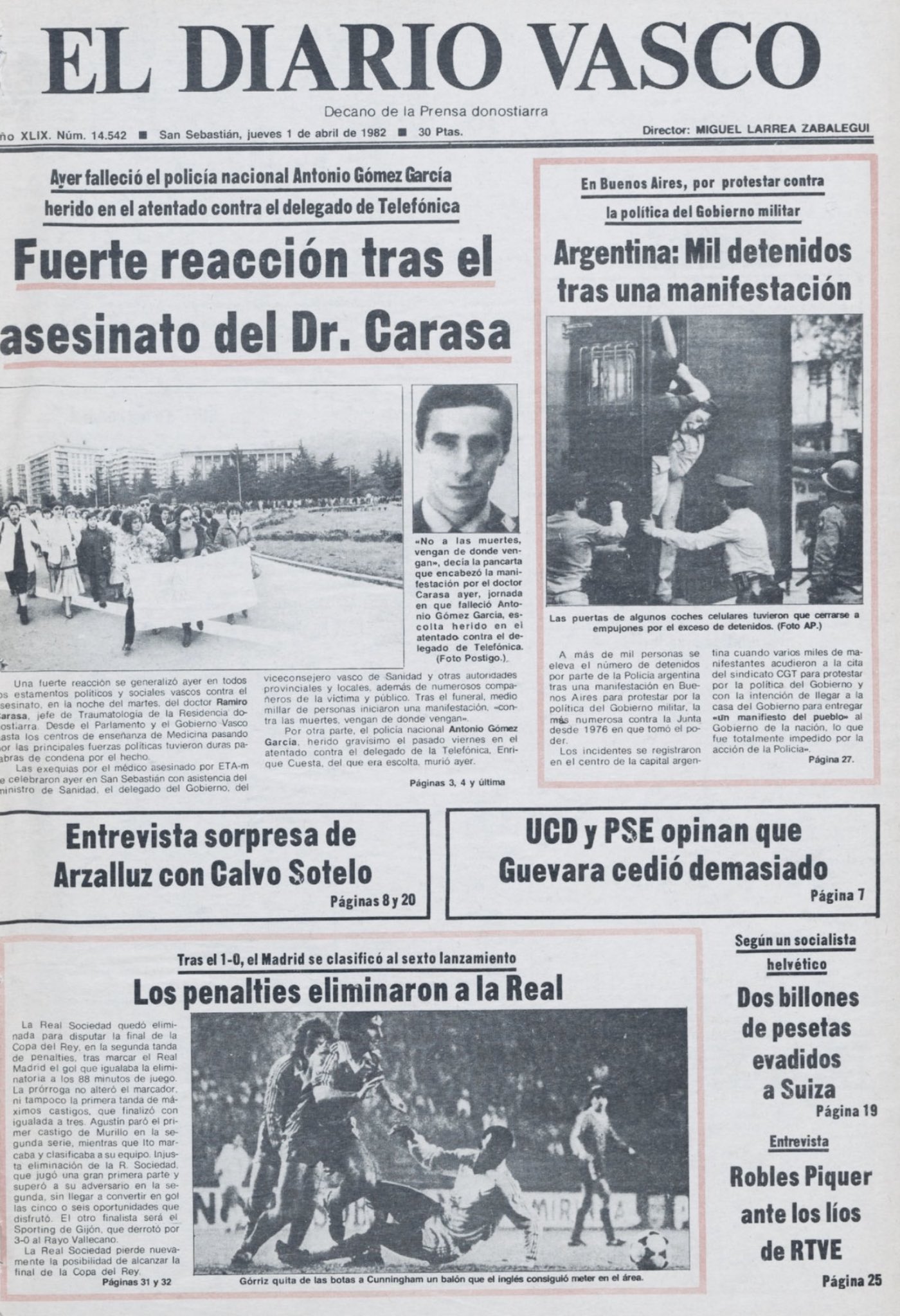 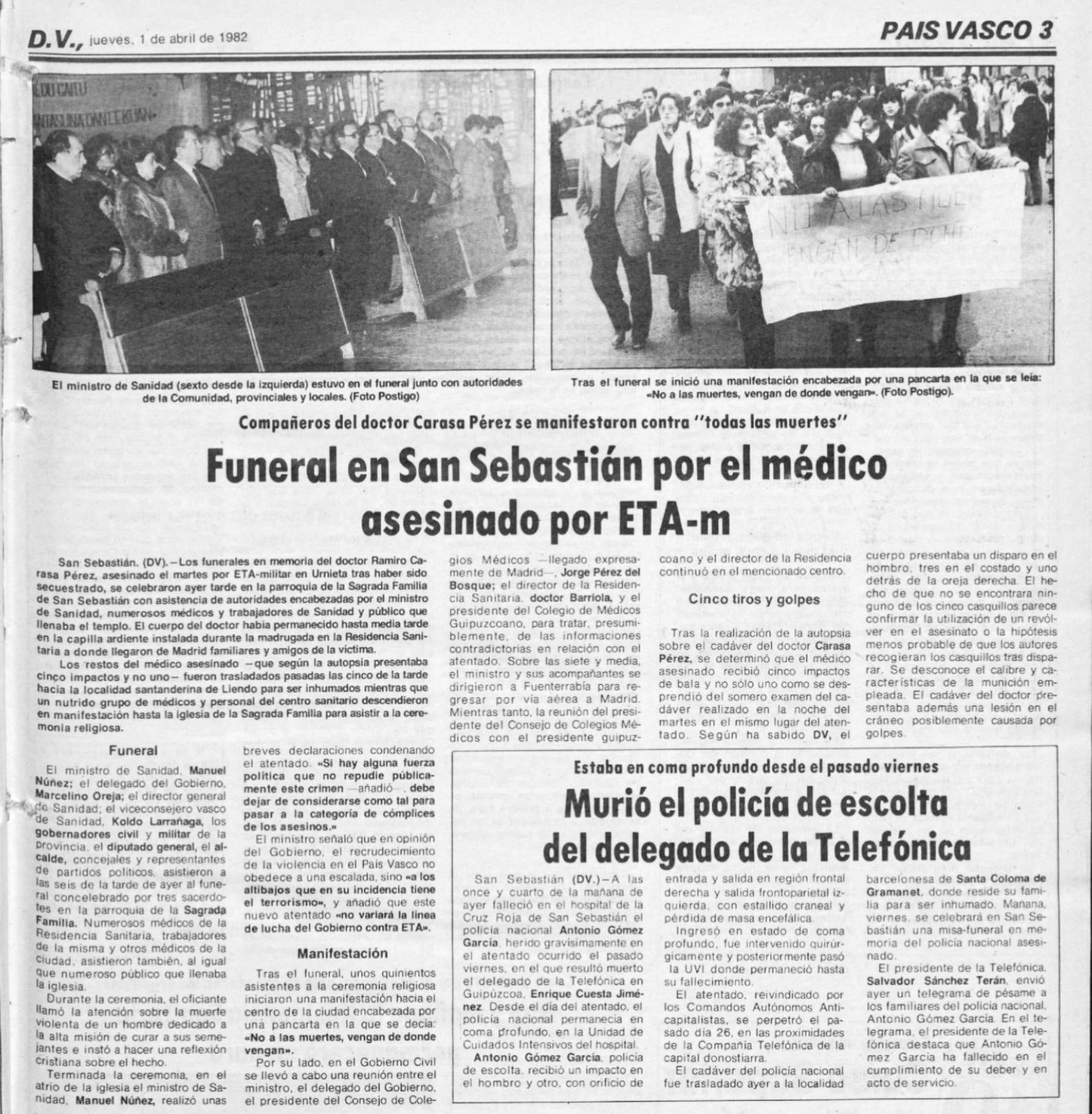