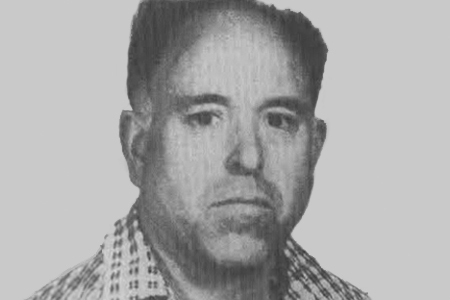 Rafael Vega Gil had just opened his off-license and was with one of his two sons when two hooded men got out of a car, walked up to him and shot him several times without saying a word. He was hit six times, four to the head. The terrorists fled in a vehicle where two other accomplices were waiting for them.
Luis María, the victim’s 17-year-old son, was the first to find his father lying in a pool of blood. The injured man was taken by ambulance to Cruces hospital, where he died an hour later while undergoing surgery.
His widow never overcame the loss of her husband and suffered depression. Some months later, on 8 September, she committed suicide by throwing herself from a sixth floor window. 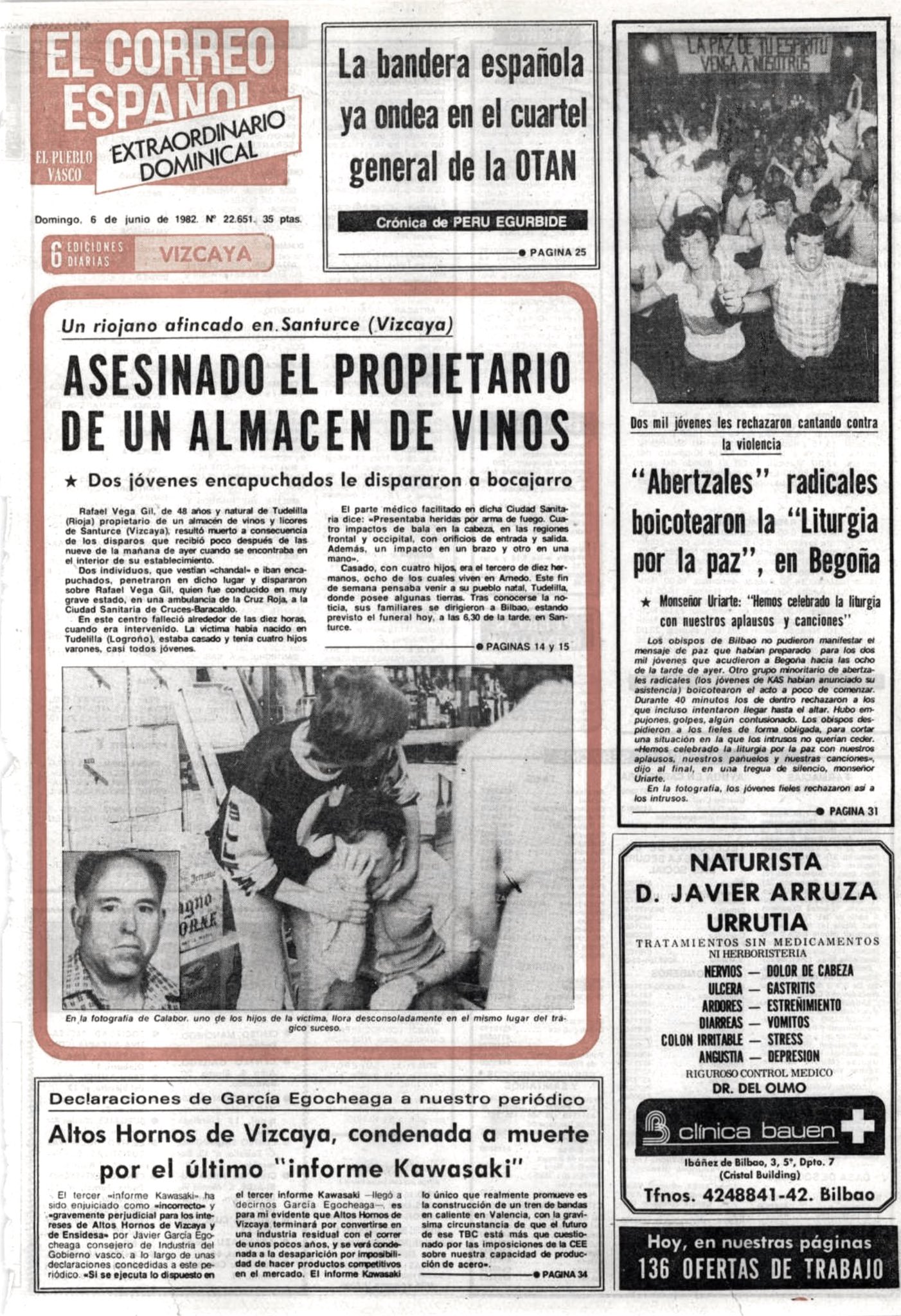 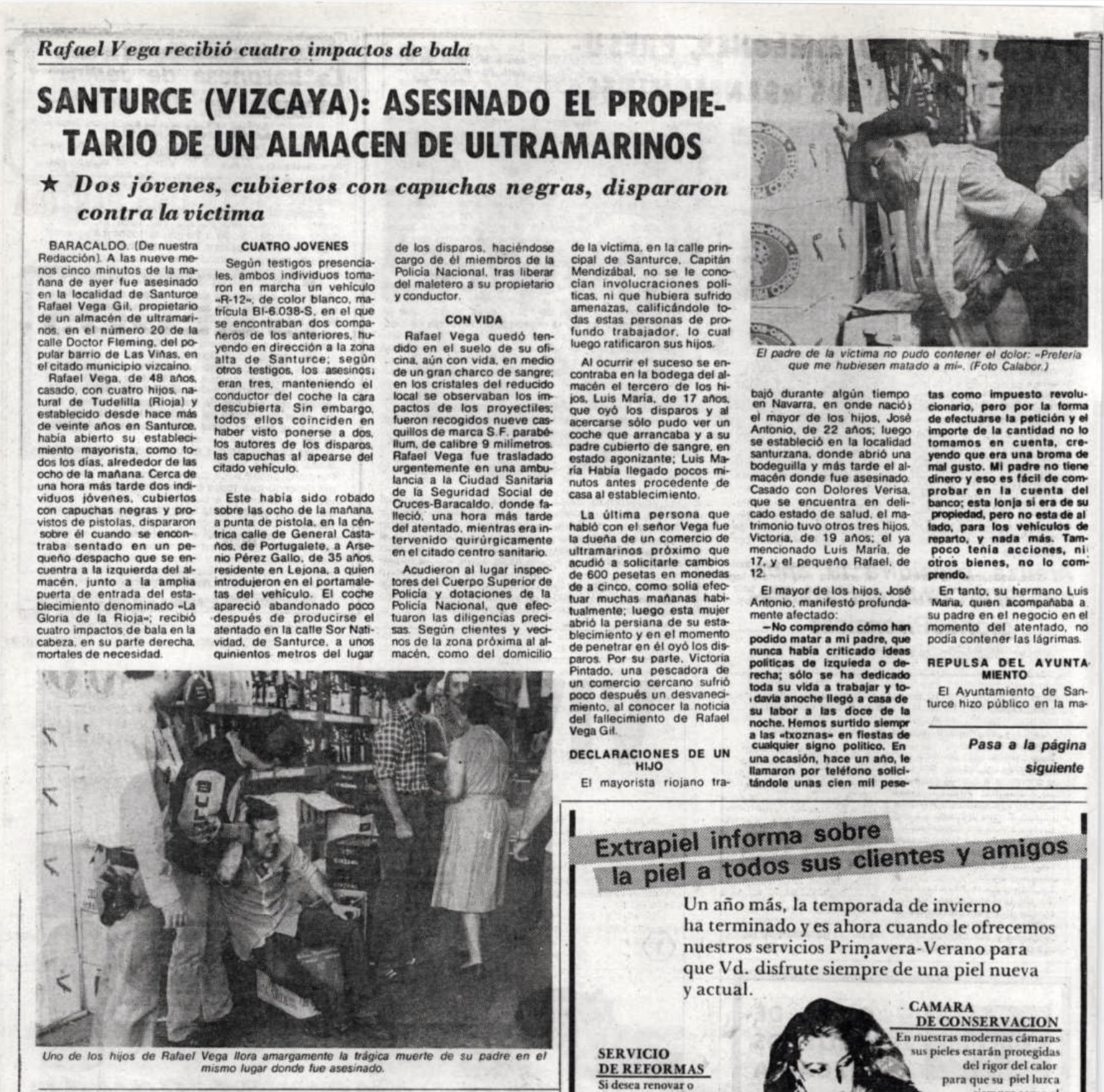 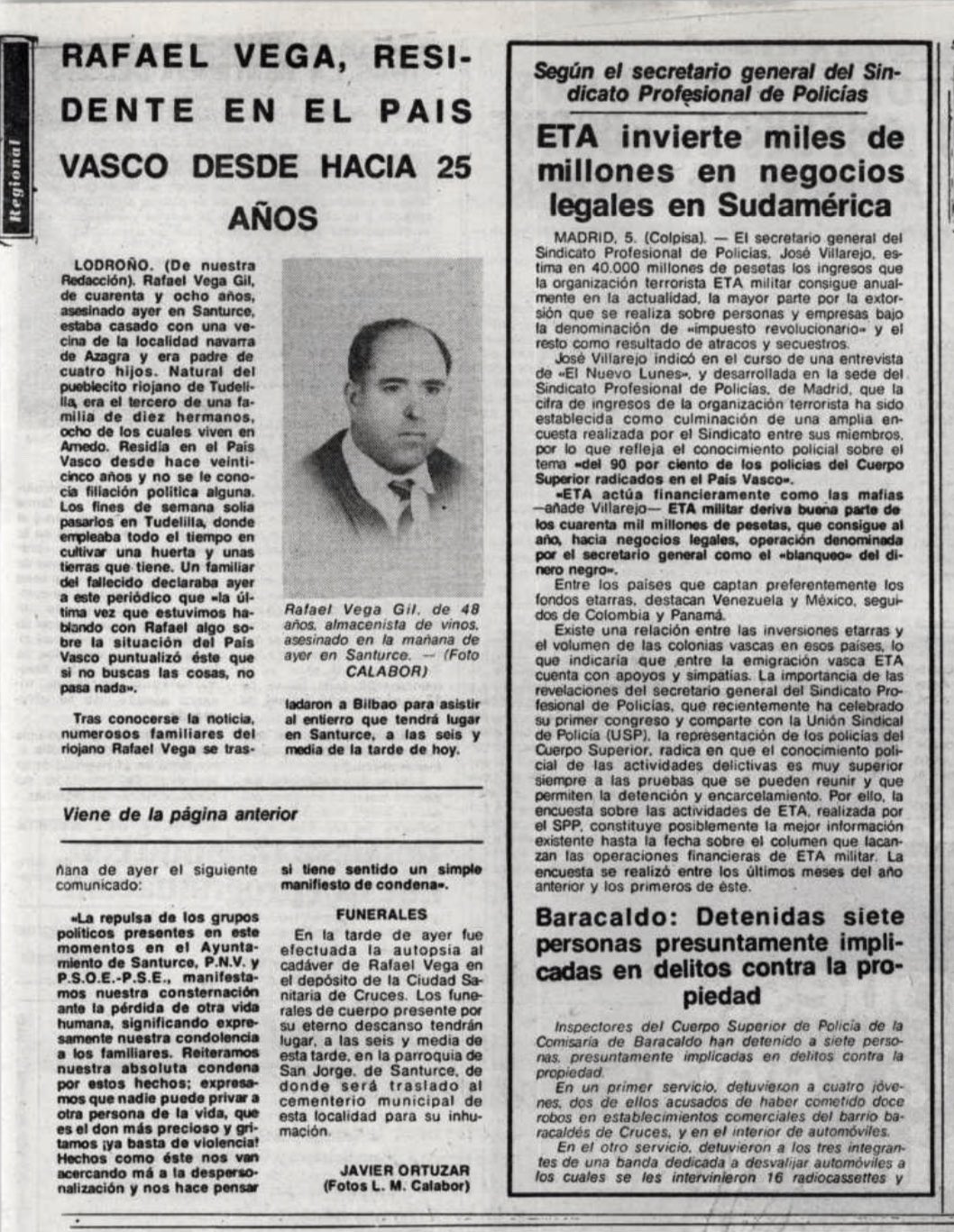 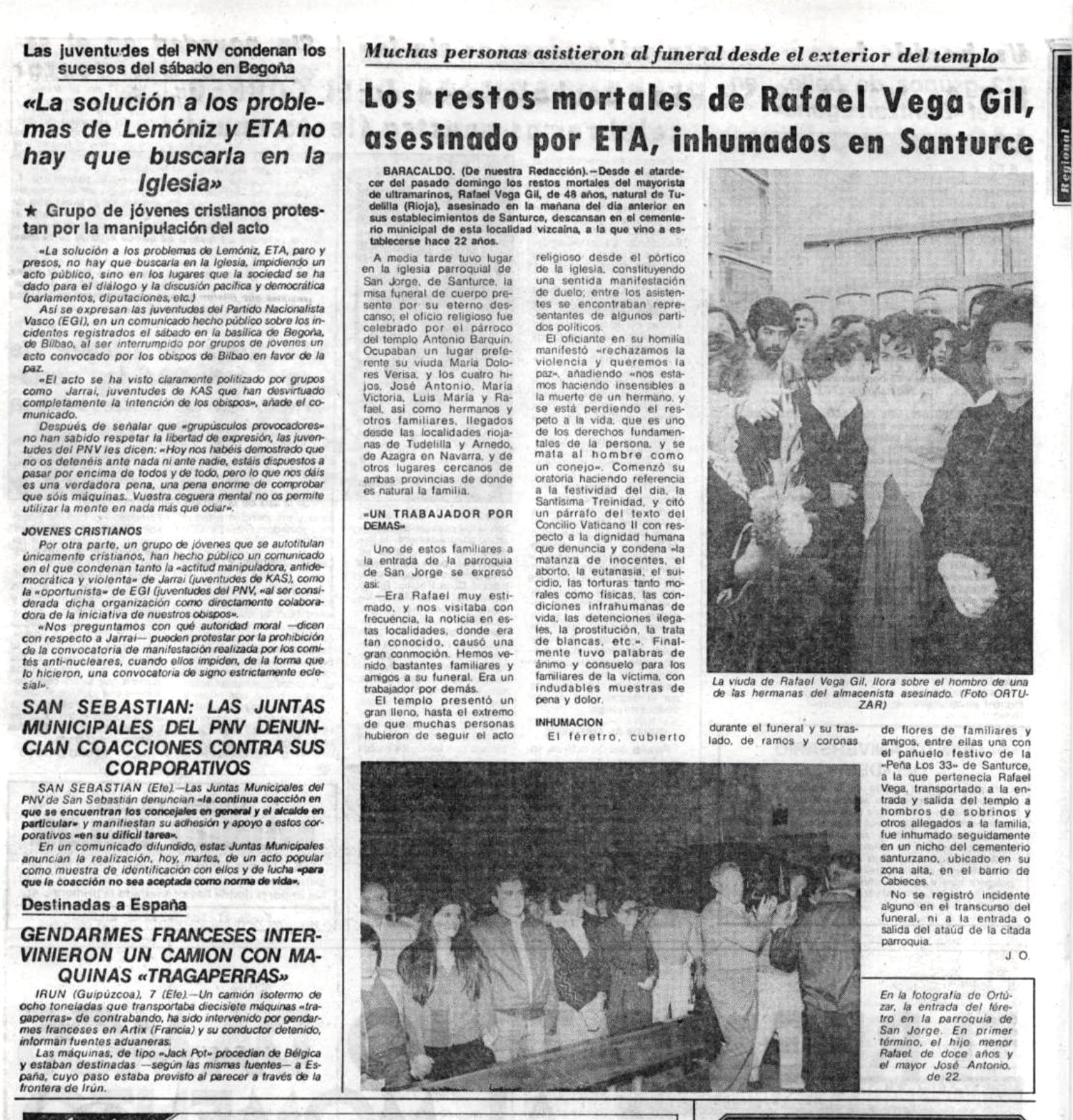