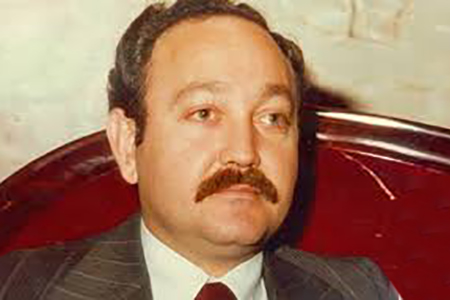 Born in: Sevilla
Age: 37
Offspring: 2
Marital status: Married
Job: Industrialist and president of the Business Confederation of Seville
Date of the attack: 05/09/1984
Place of the attack: Sevilla
Weapon: Gun
Killed by: GRAPO

Shortly after 11 am on 5 September 1984, two members of GRAPO in disguise went to the premises of Artes Gráficas Padura in Seville, and asked for the owner, Rafael Padura Rodríguez, who was not in the office at the time. An hour a quarter later, the terrorists returned. When they saw the door of the industrialist’s office open and him inside, they took out their guns. While one of them threatened the ten employees who were serving at the stationery counter, the other walked into the room and shot Rafael Padura in the head. The victim died shortly afterwards as he was being taken to hospital. The day of his killing was the third anniversary of the death of GRAPO leader Enrique Cerdán Calixto.

Rafael Padura Rodríguez, married with two children aged 14 and 9, had been elected as president of the Business Confederation of Seville six months before. He had three premises with a printing press and stationery shop. 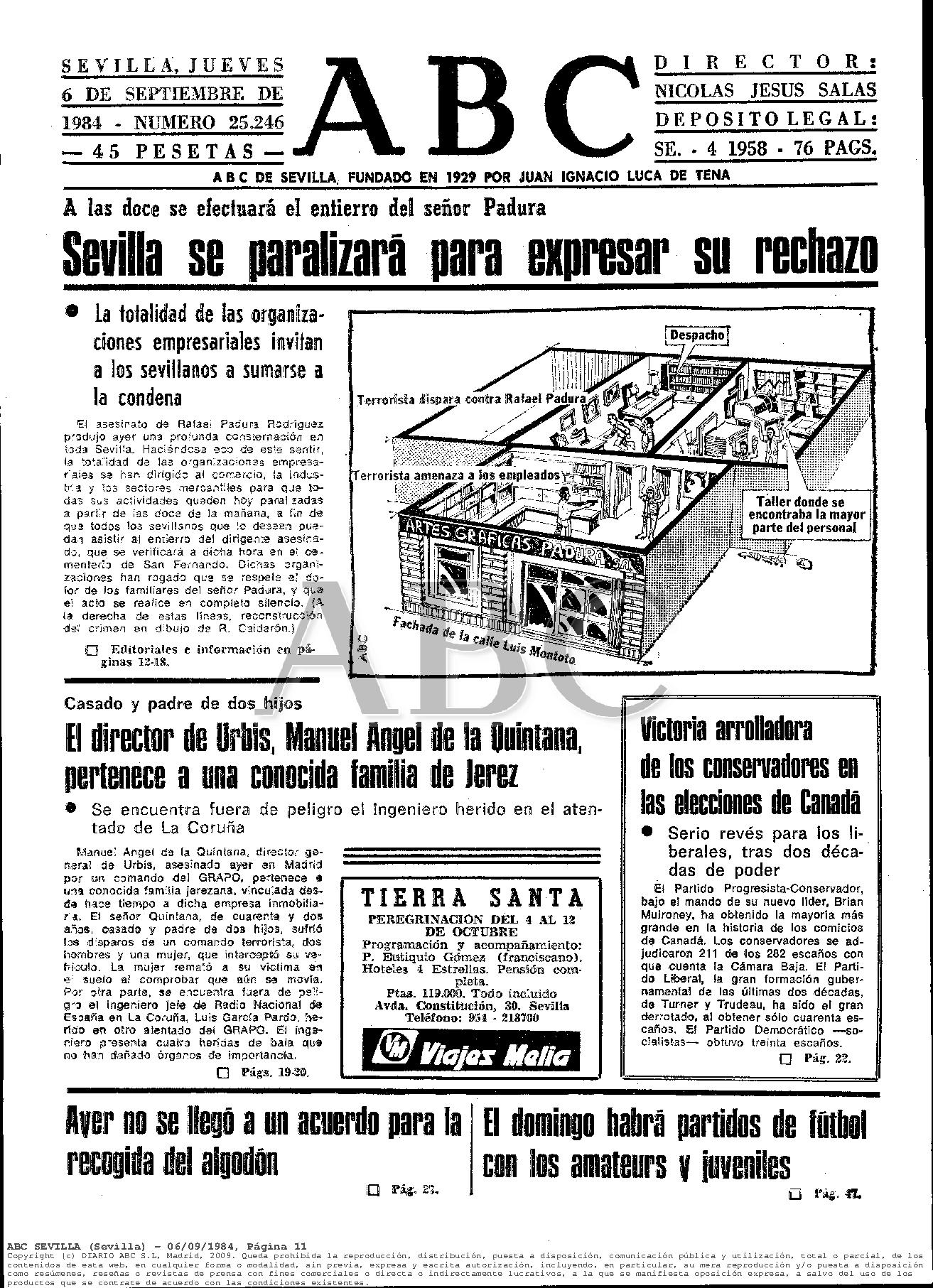 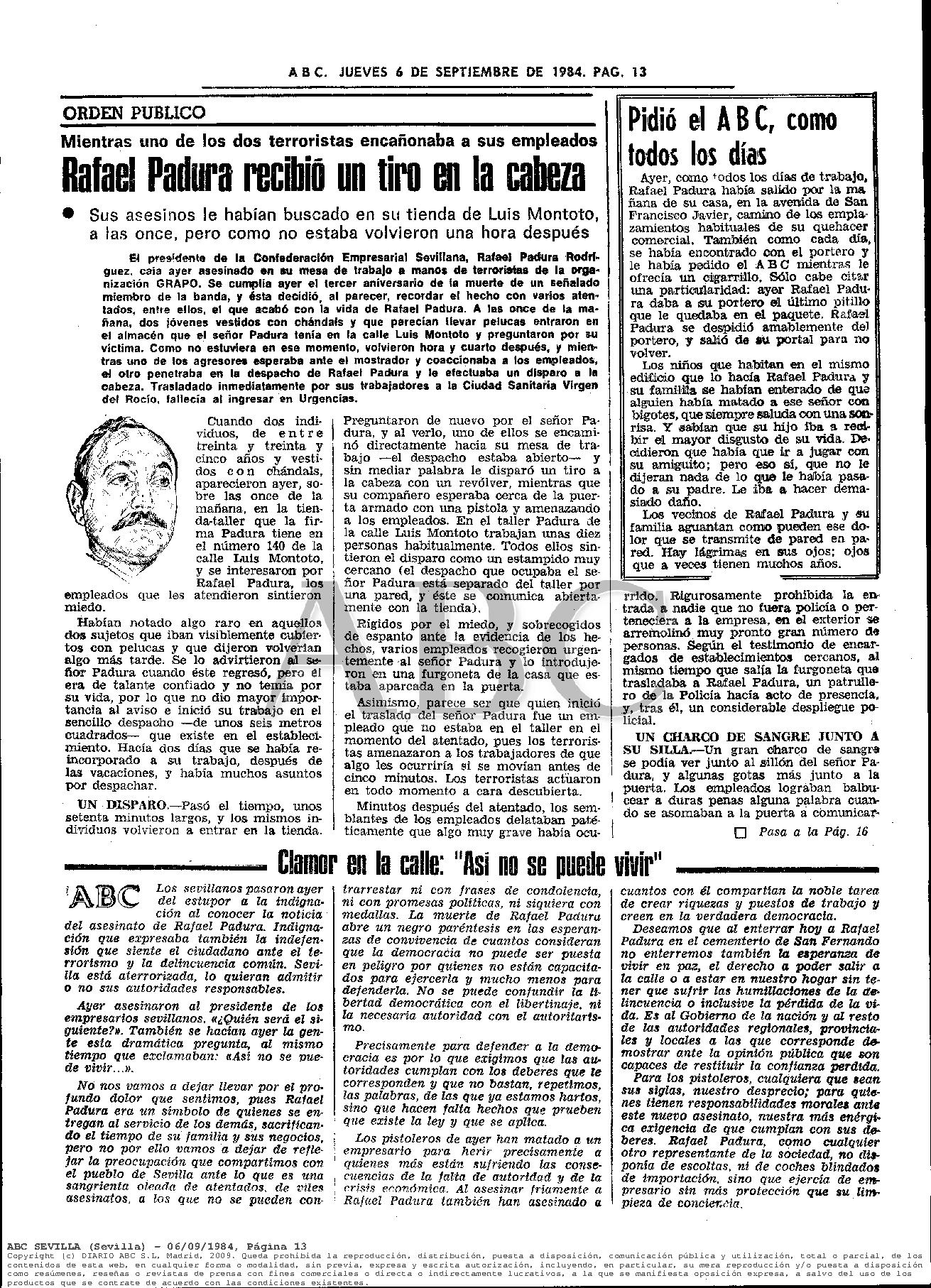 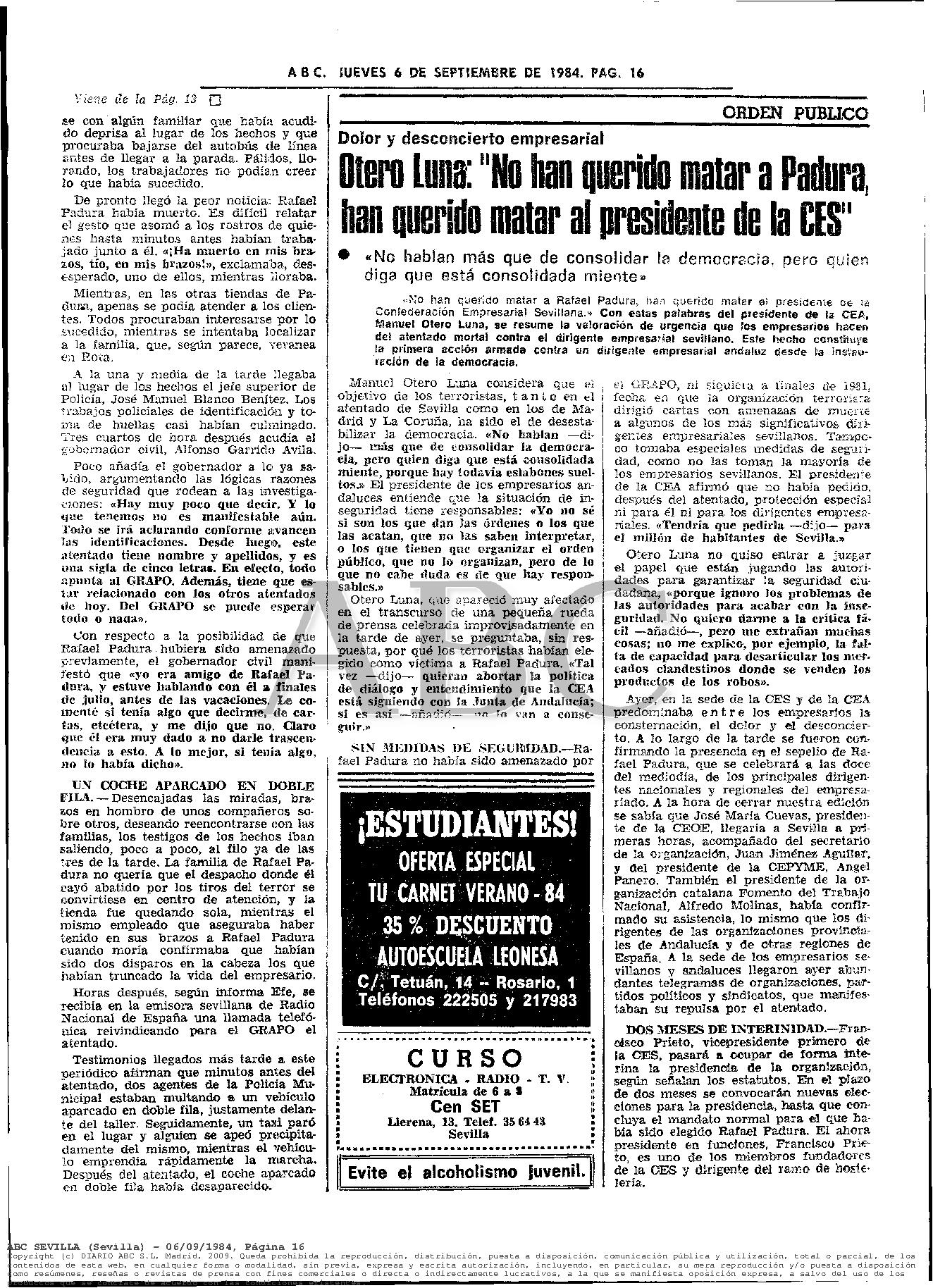 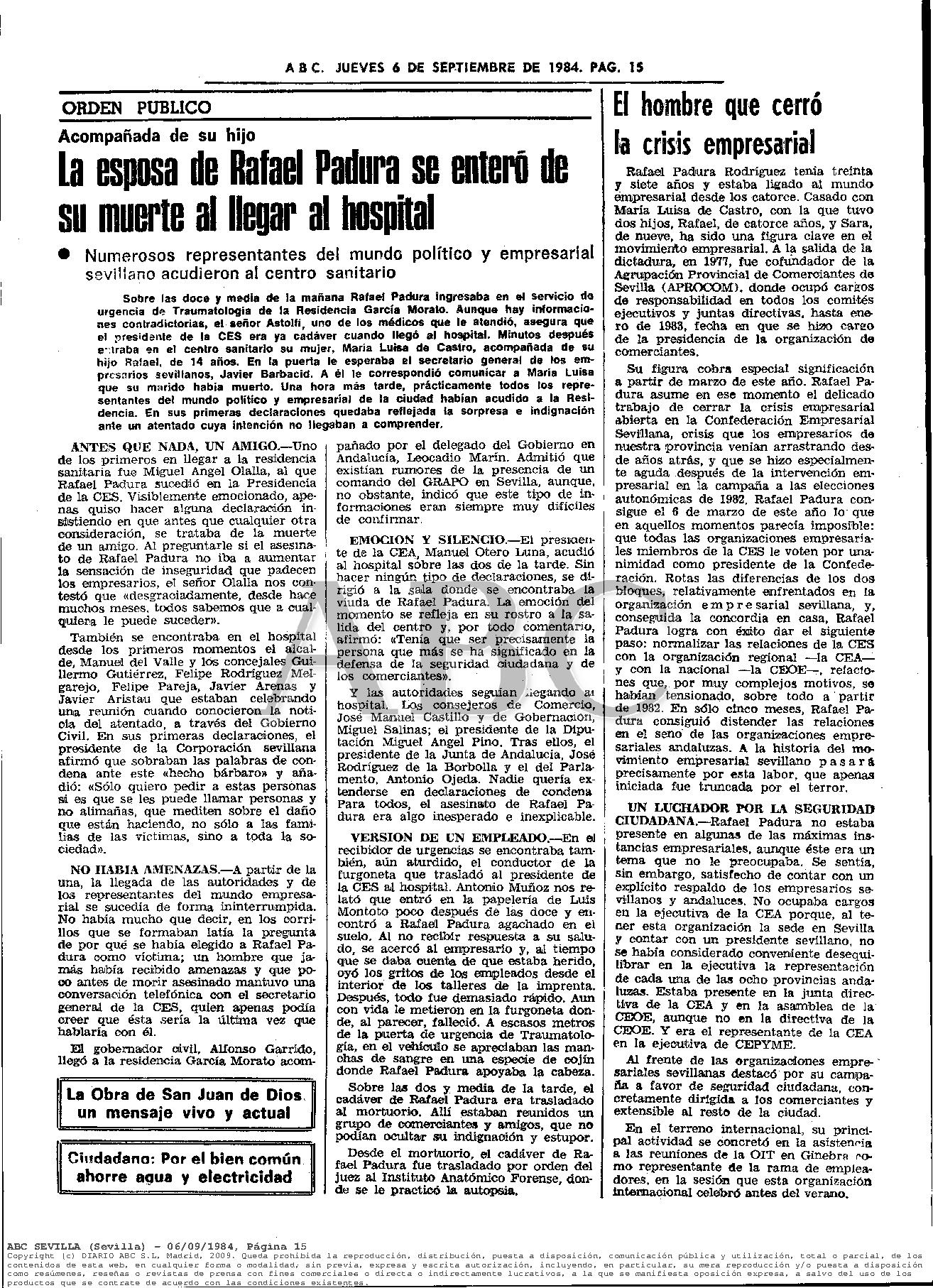