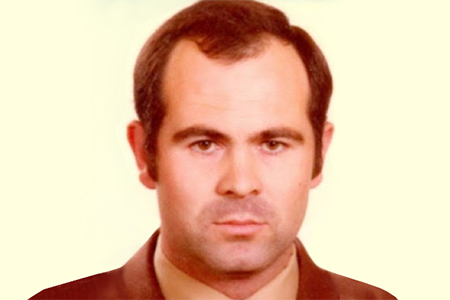 On 6 August 1987 ETA set off a car bomb in Vitoria, killing two national police officers: Antonio Ligero Hec and Rafael Mucientes Sanz. The attack occurred at around four o’clock in the afternoon of 6 August, during the “White Madonna” Fiestas of Vitoria.

The officers were part of a routine two-car patrol travelling through the Armentia Heights. ETA had planted the car-bomb, containing thirty kilograms of explosives and forty kilograms of shrapnel, on the road leading to the area. As the police vehicles reached the site, one of the terrorists detonated the bomb remotely and the two national police officers were killed instantly. A civilian, Obdulia Vega, also received shrapnel injuries. 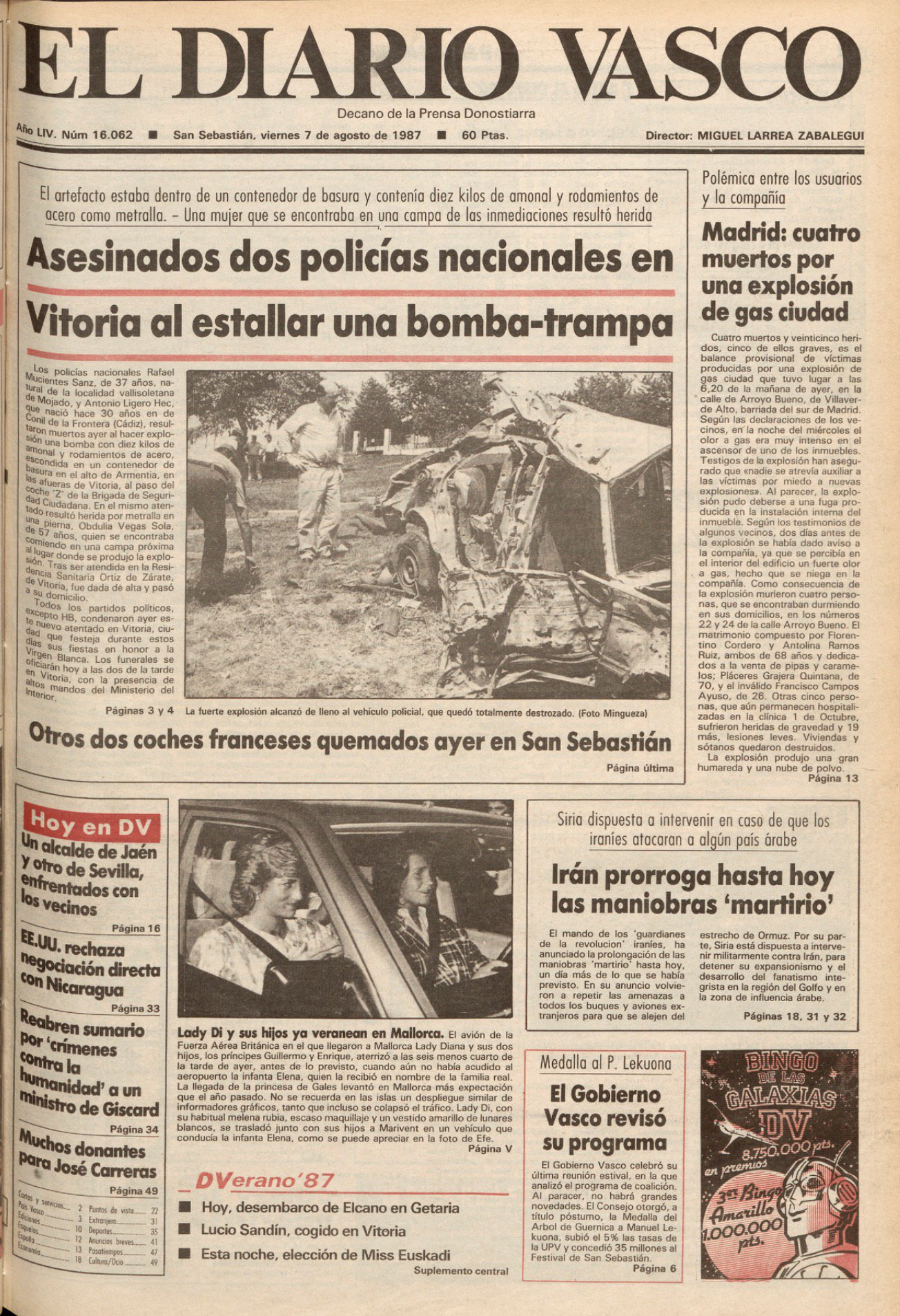 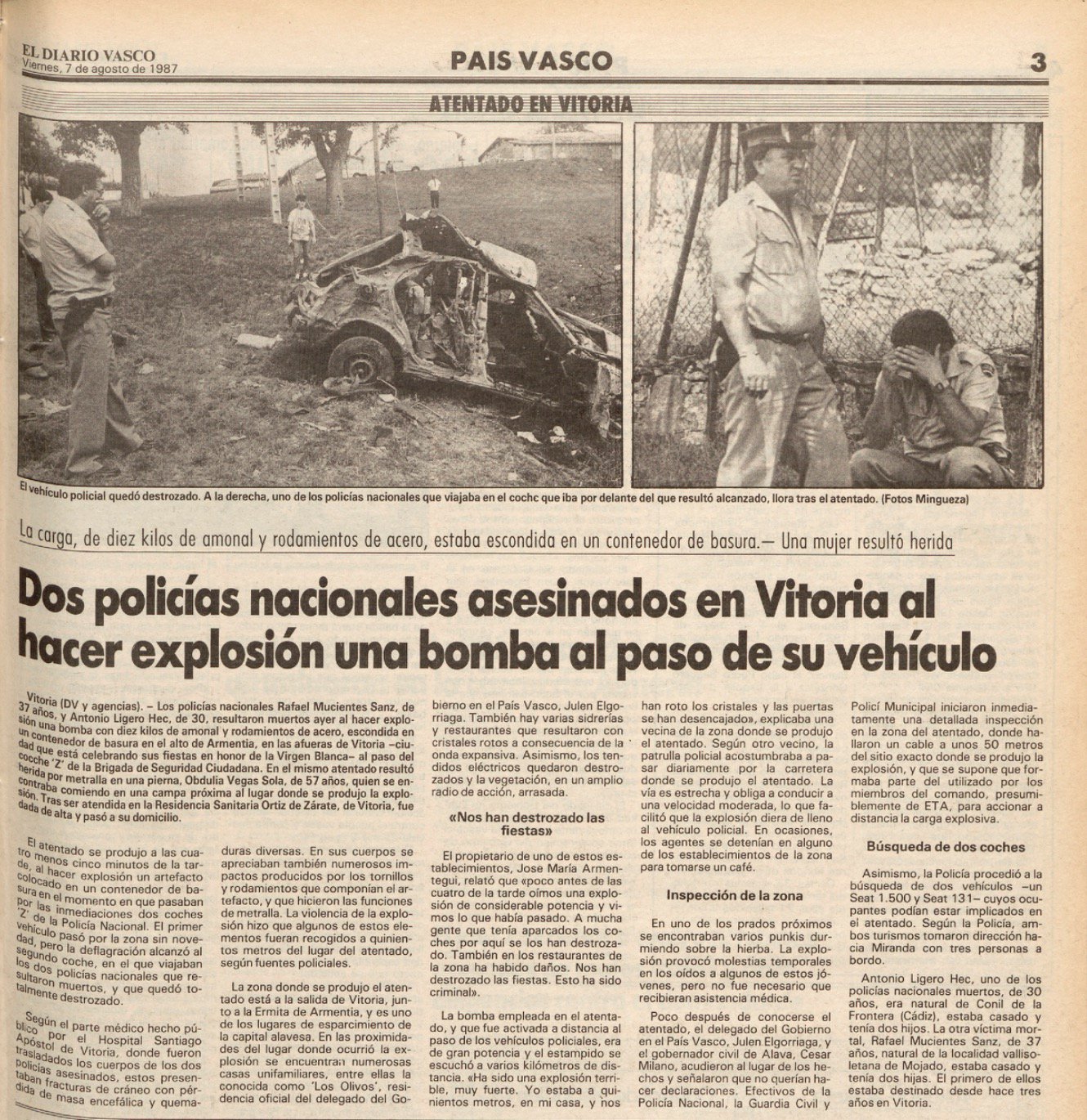 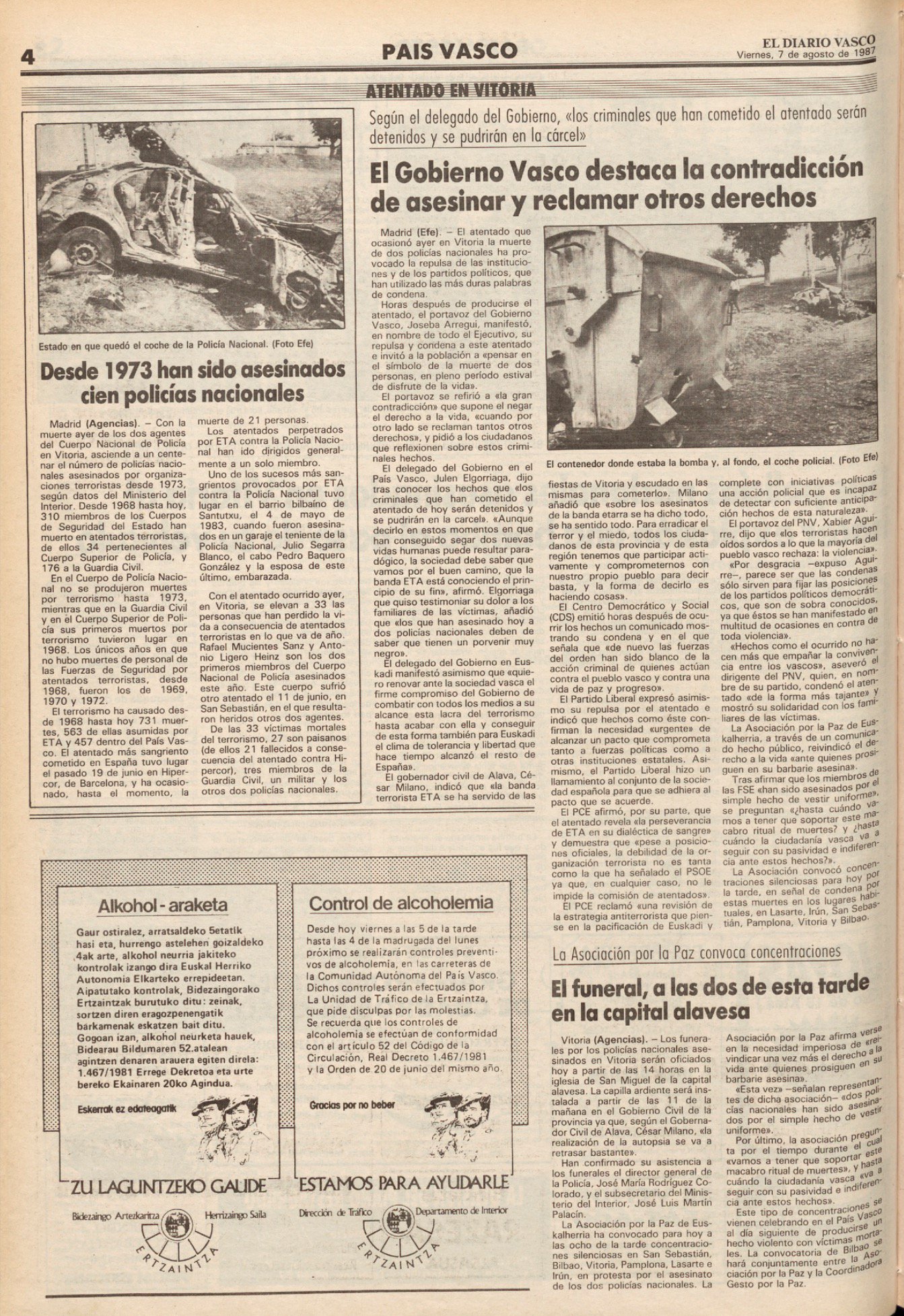 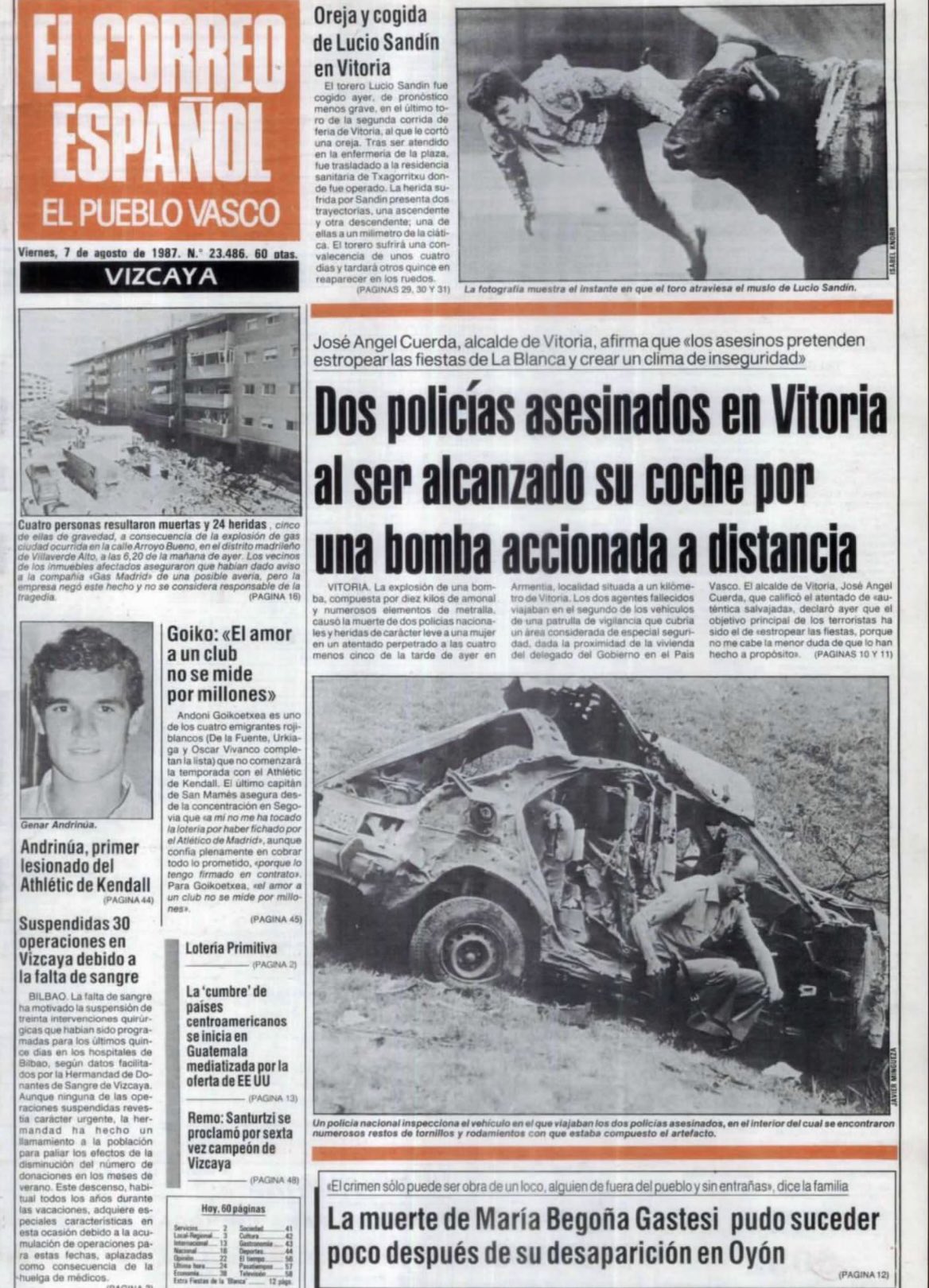 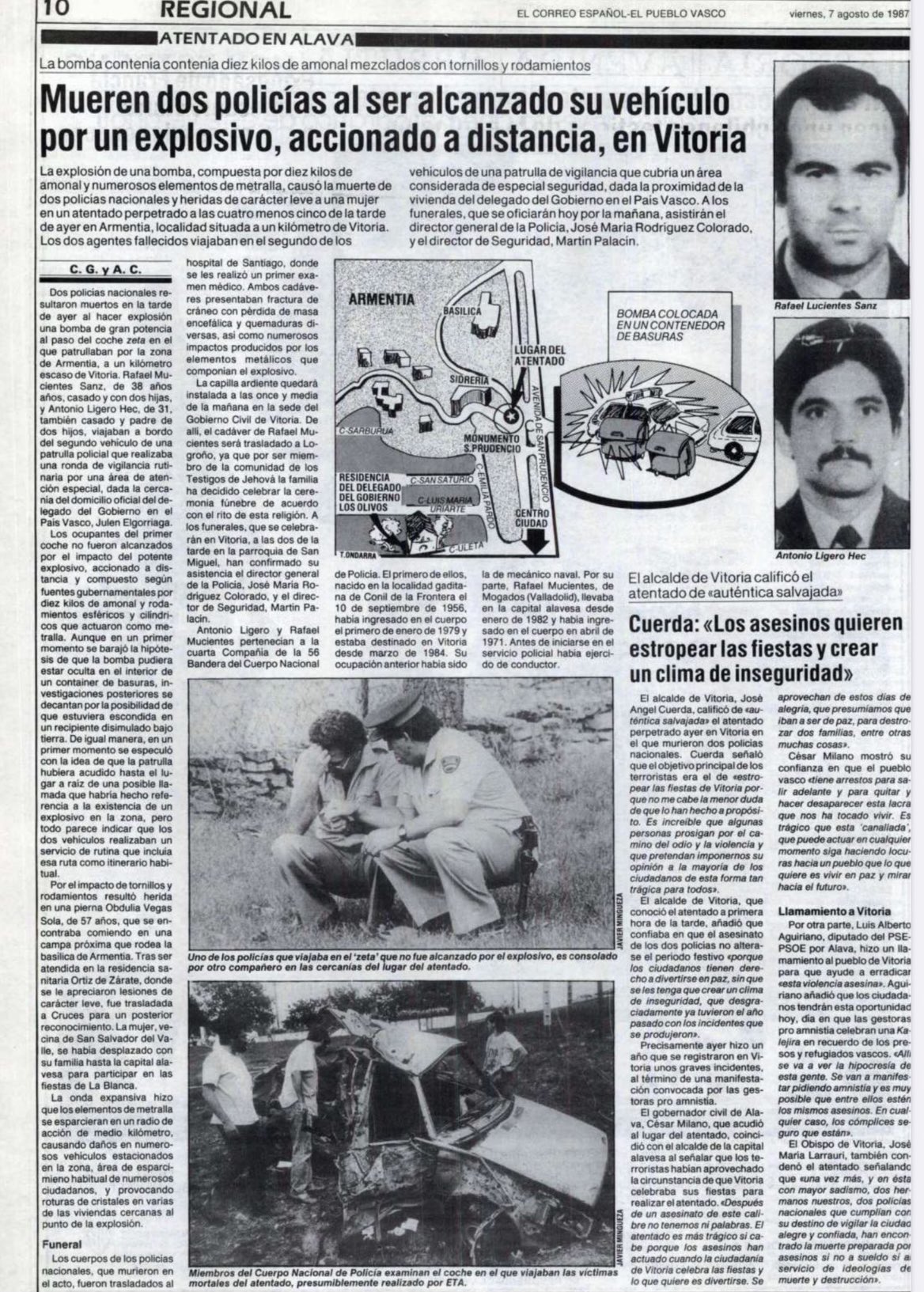