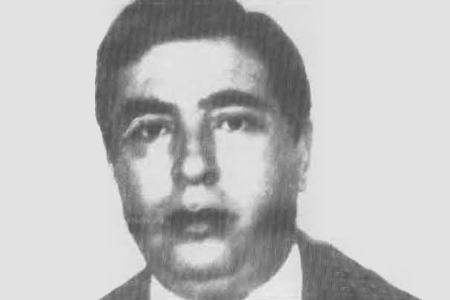 Rafael Leiva Loro and his fellow officer Domingo Durán Díez were on duty at the passport and ID document office in central Bilbao when two ETA members entered the premises and fired repeatedly at the two men. Rafael was shot several times in the head and died. His colleague Domingo was left quadriplegic by the shooting, leading eventually to his death eight years later. 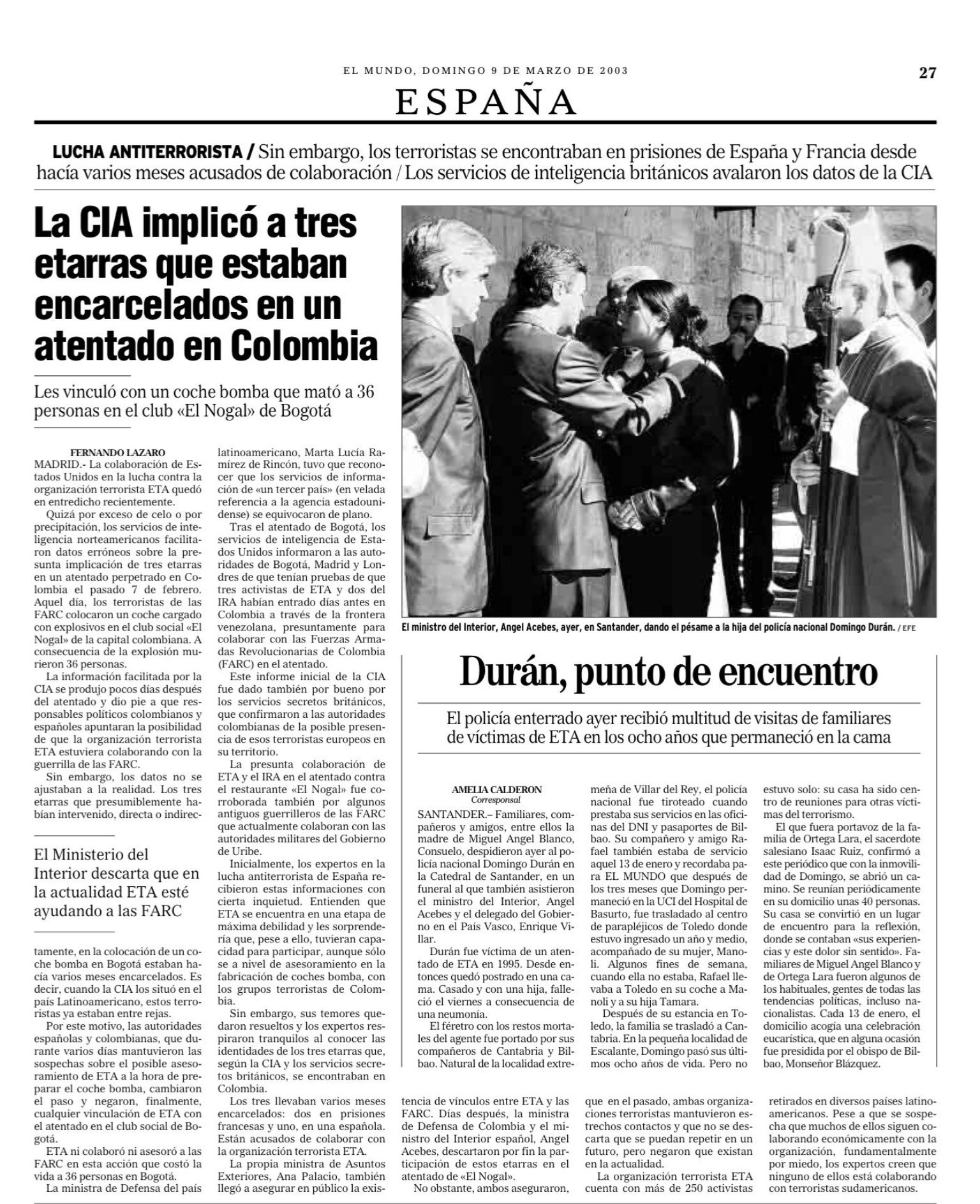 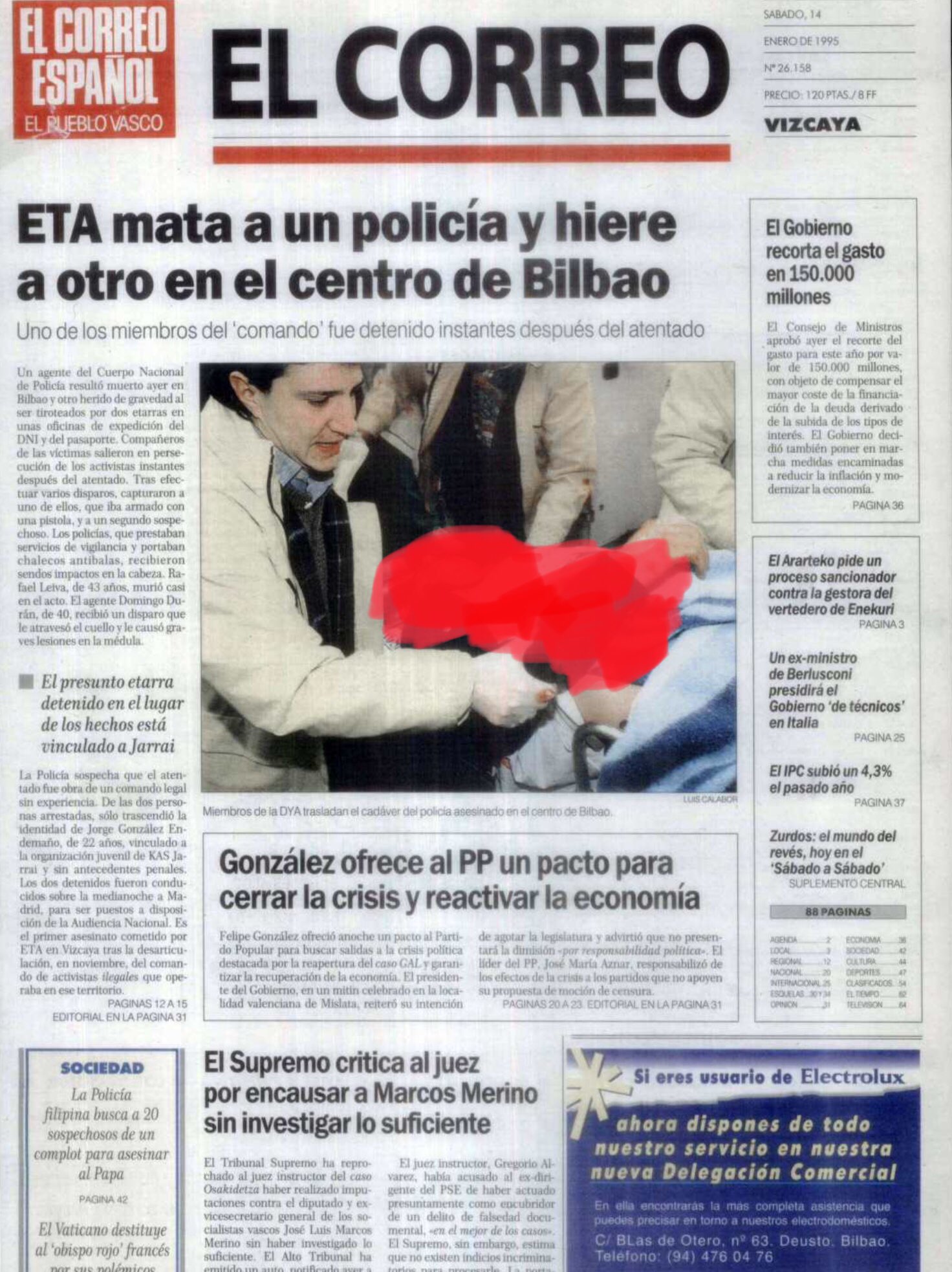 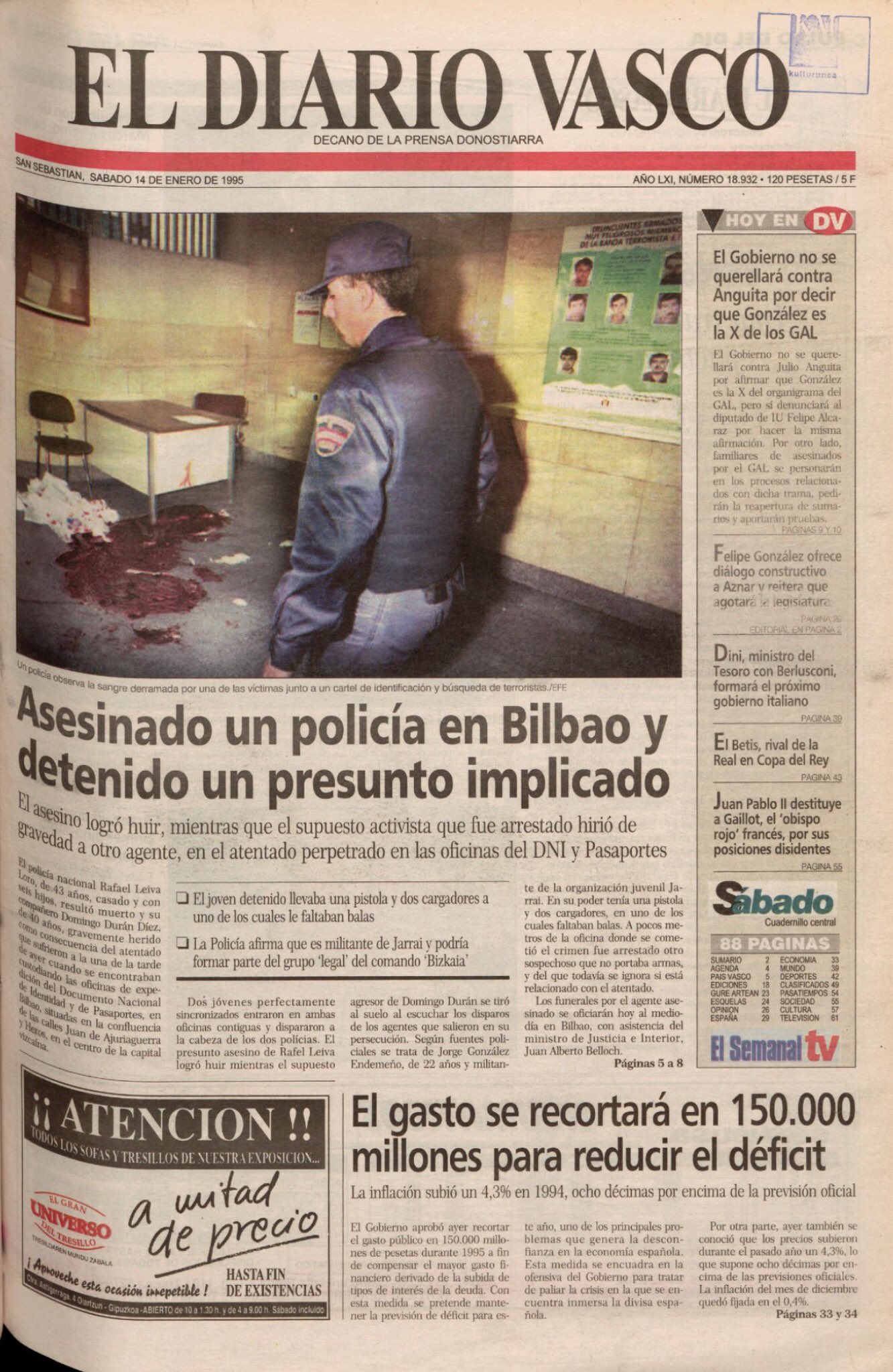 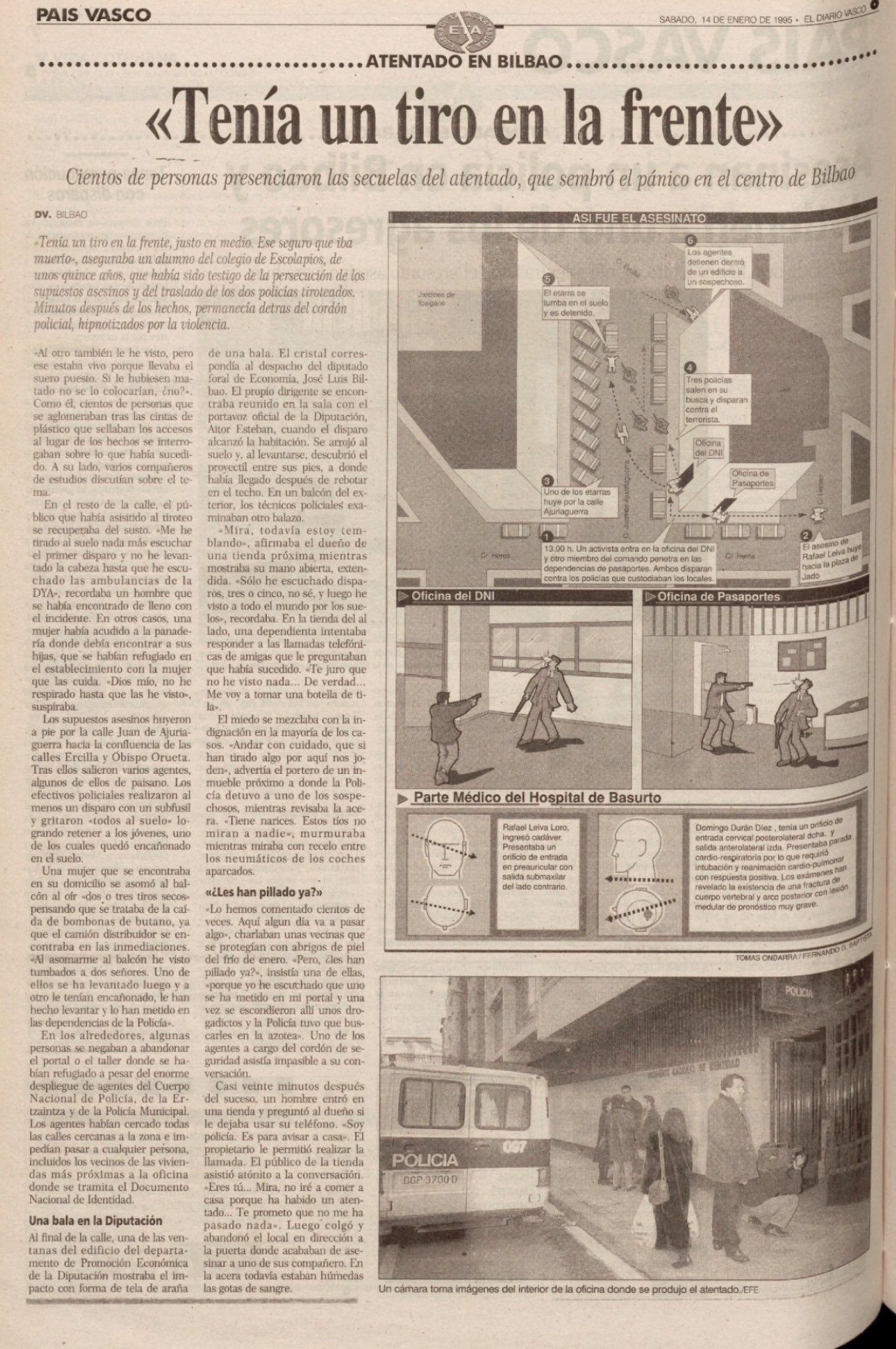