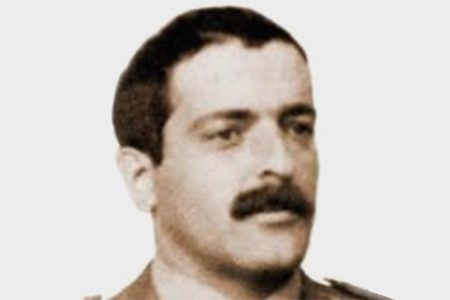 On 31 July 1983, ETA’s Autonomous Anti-Capitalist Units (Comandos Autónomos Anticapitalistas) killed civil guards Rafael Gil Marín and Enrique Rúa Díaz in the town of Guetaria (Guipúzcoa). Both men were stationed at the force’s HQ in Zarauz. They were on plain-clothes duty at the port of Guetaria, guarding two vessels that had been seized five weeks before in a raid on smugglers of American cigarettes. The boats had been seized by the Civil Guard’s tax investigation service on the Deba estuary and taken to the port of Guetaria.
Officer Rafael Gil was sitting in the passenger seat of a Seat 131, with the seatback reclined when he was killed. His colleague, Enrique Rúa was found in bathing trunks beside the car, at the edge of one of the piers. He appears to have been sitting with his back to the car, looking out to sea and about to have a swim. One of the terrorists shot Enrique at point-blank range with a shotgun, while the second shot Rafael with a pistol. The two were killed instantly. 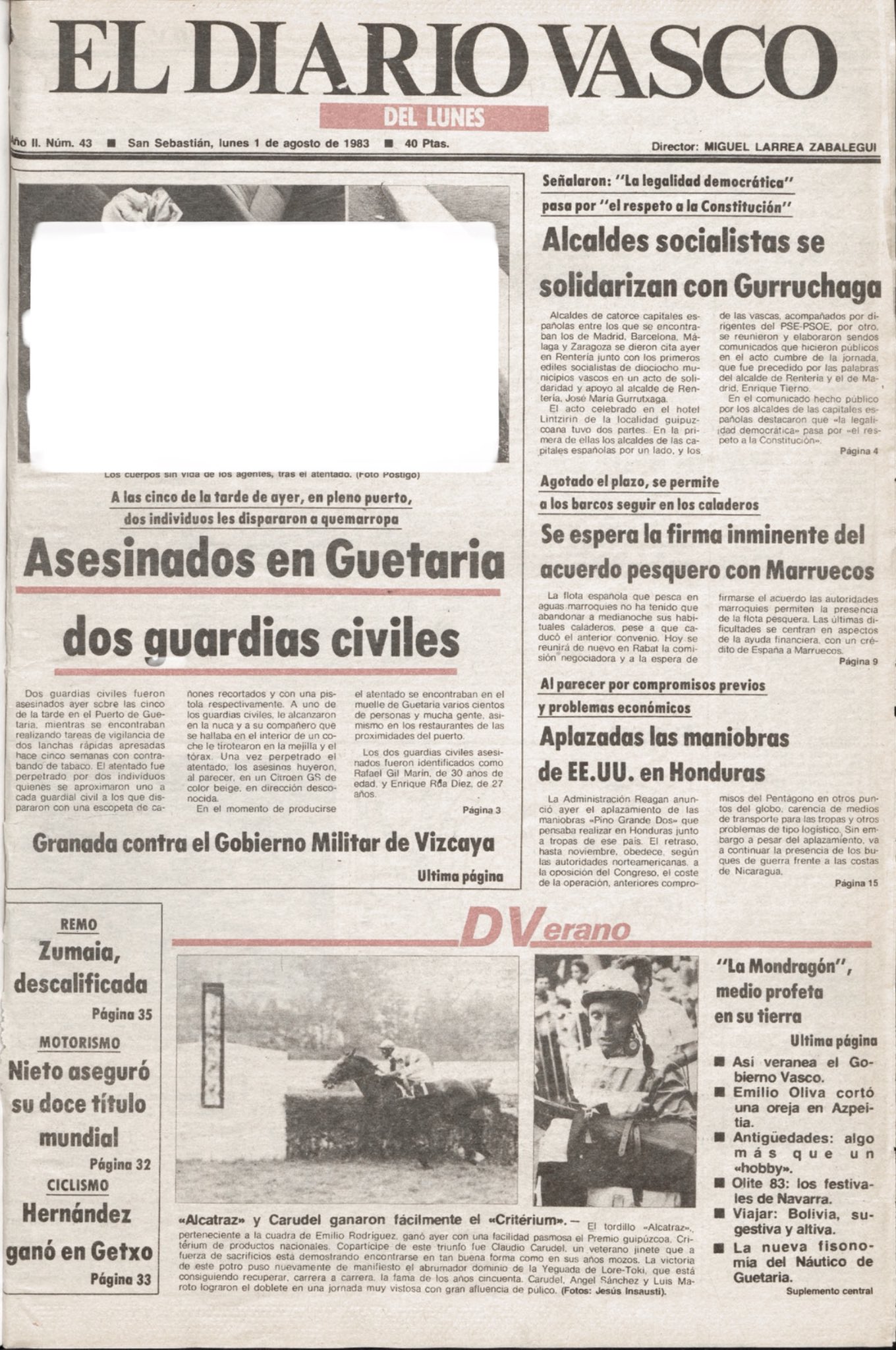 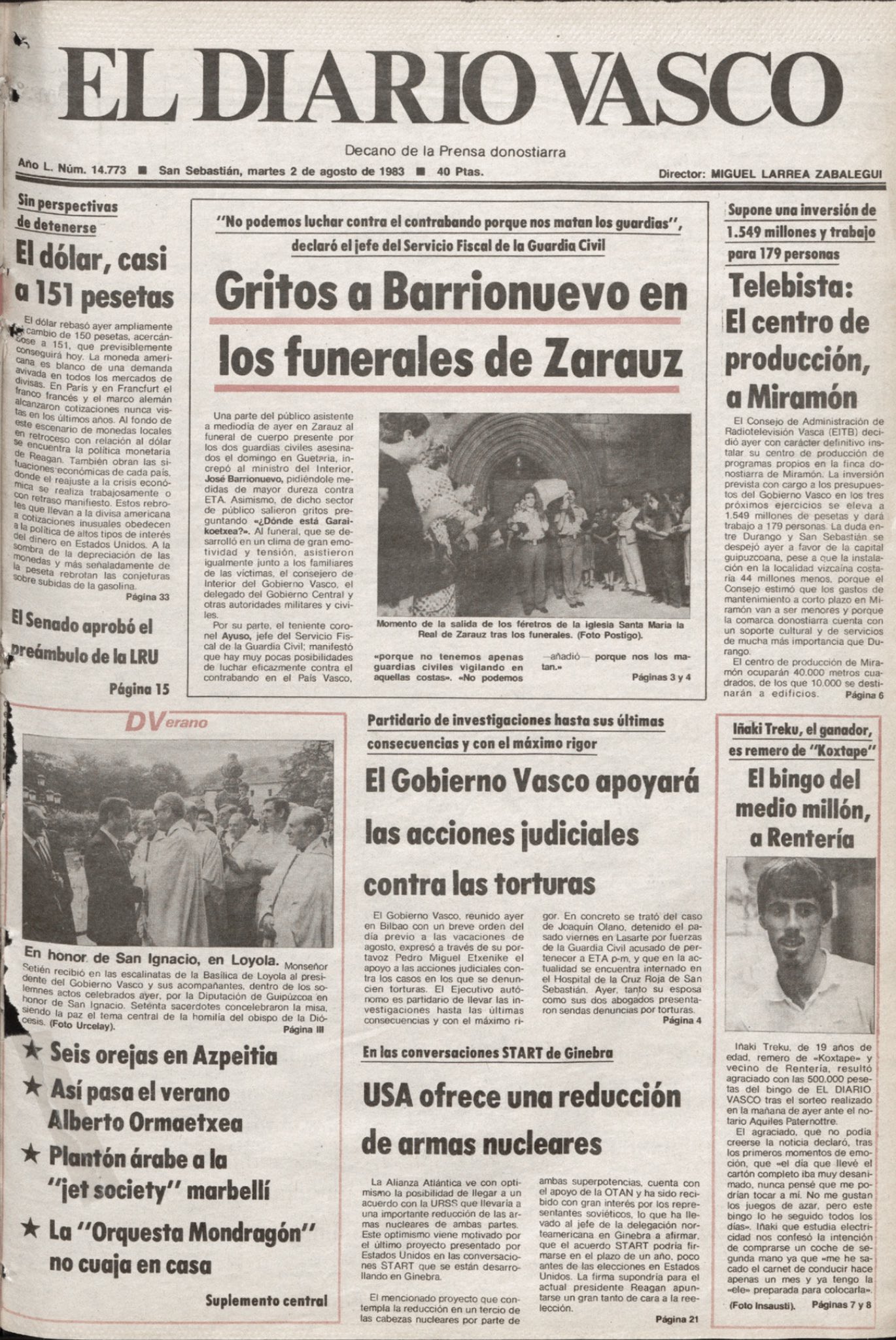 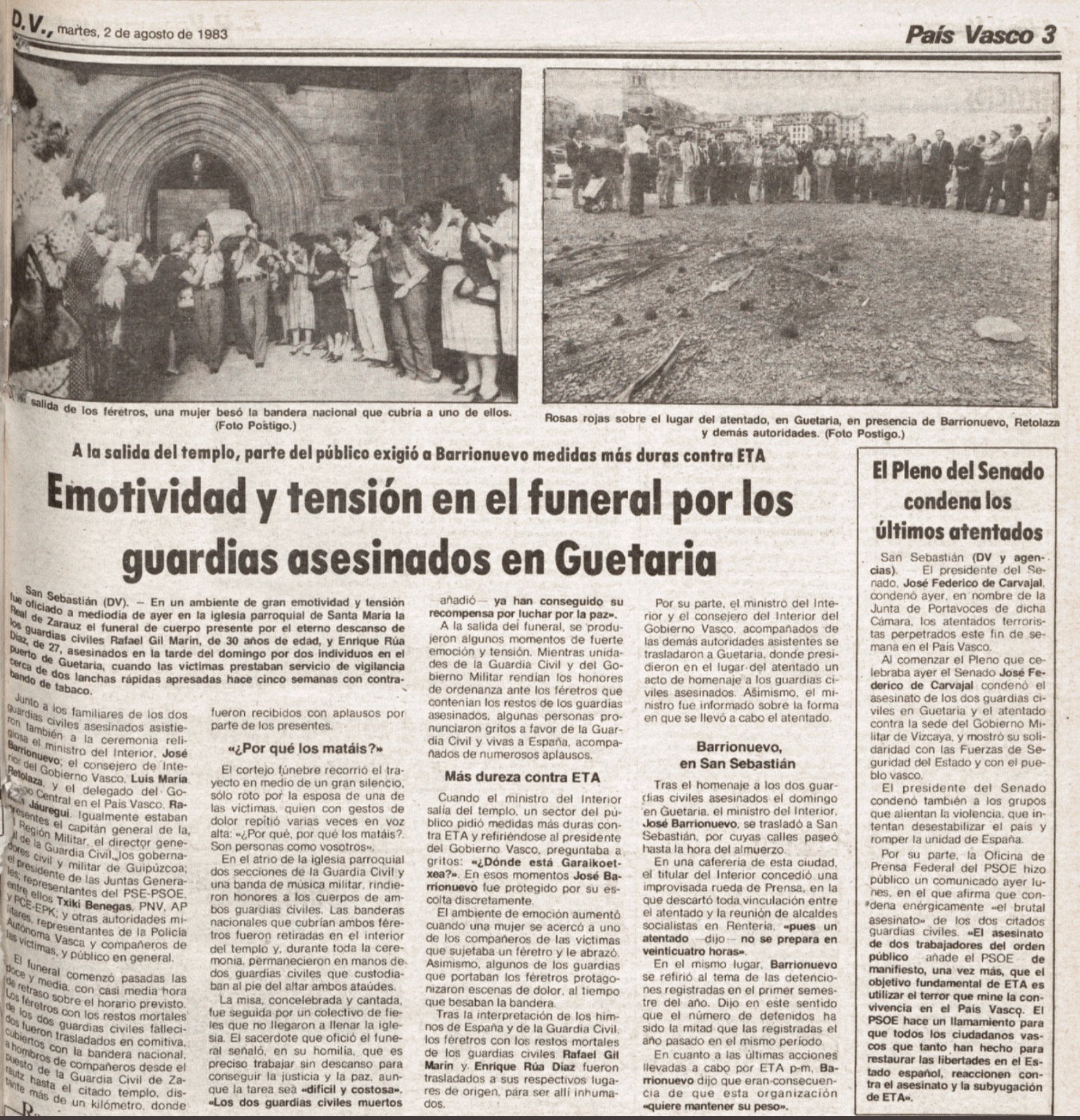