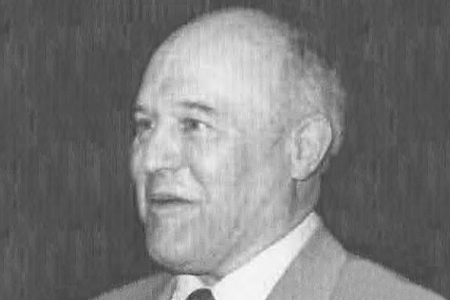 The governor’s car stopped at a red light at the junction between the Boulevard and Calle Legazpi. Two ETA members who were following on a large motorcycle pulled up beside them and one of them attached an explosive device to the roof of the vehicle. The bomb went off a few seconds later and the governor, his wife and son were killed instantly. 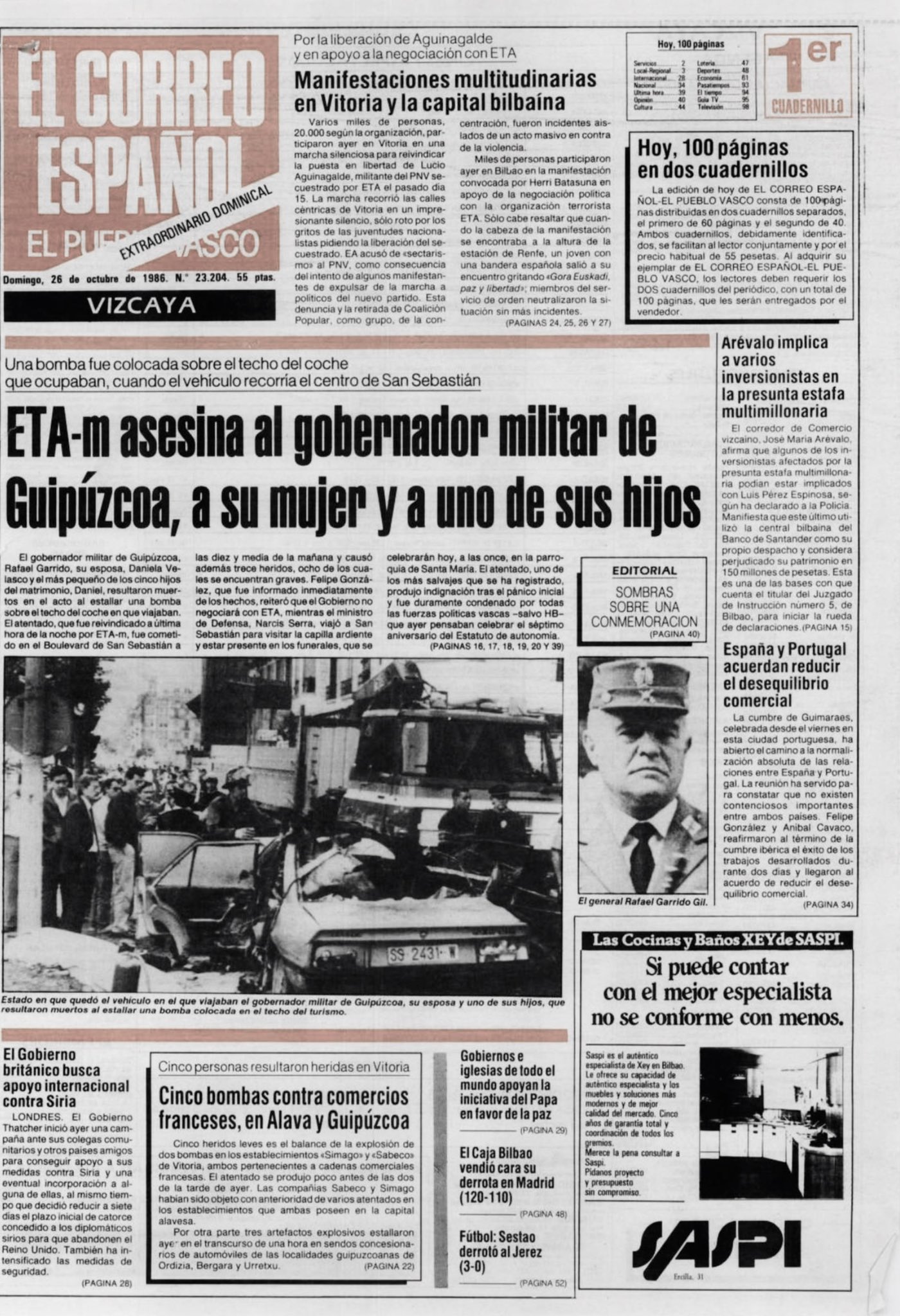 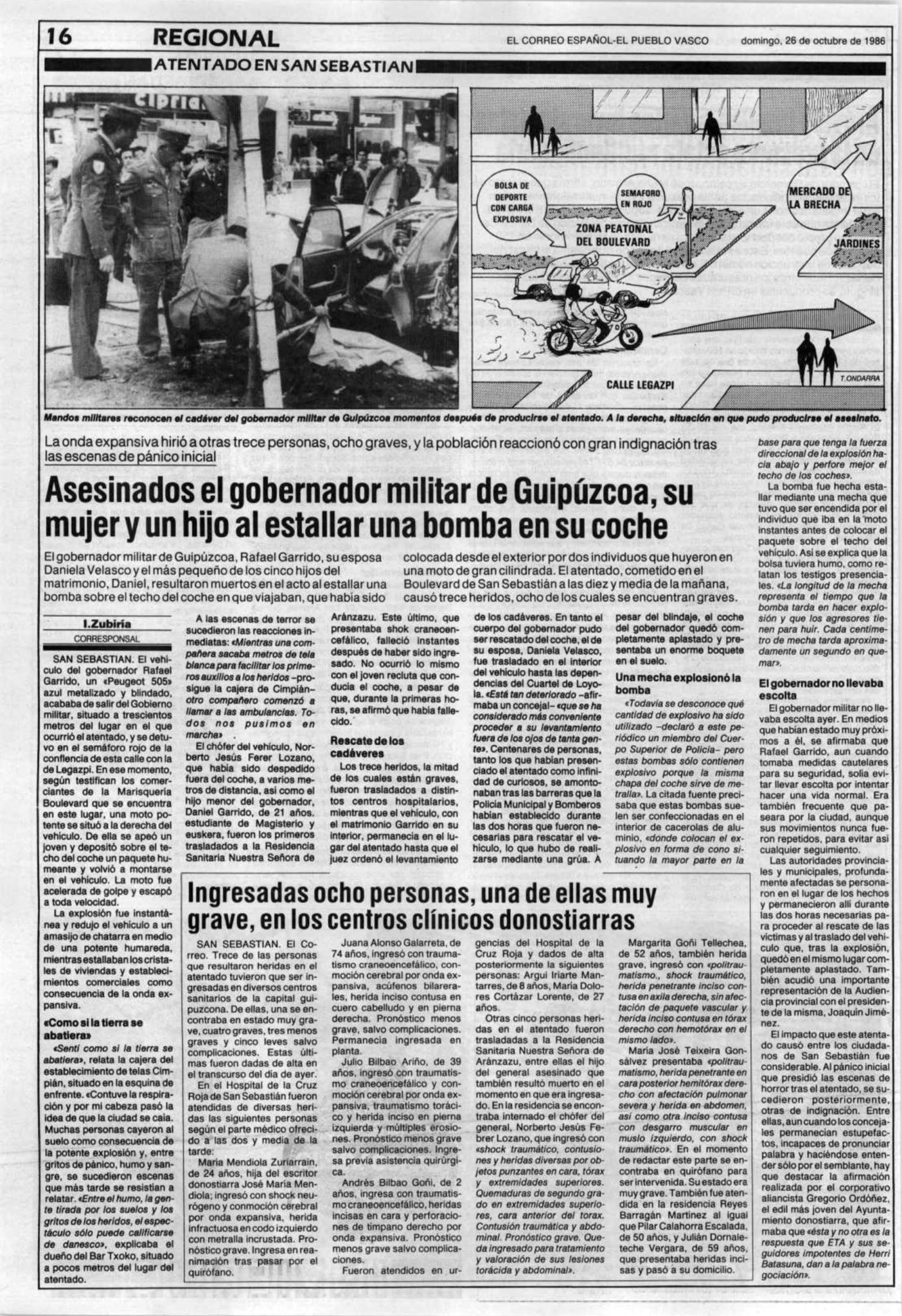 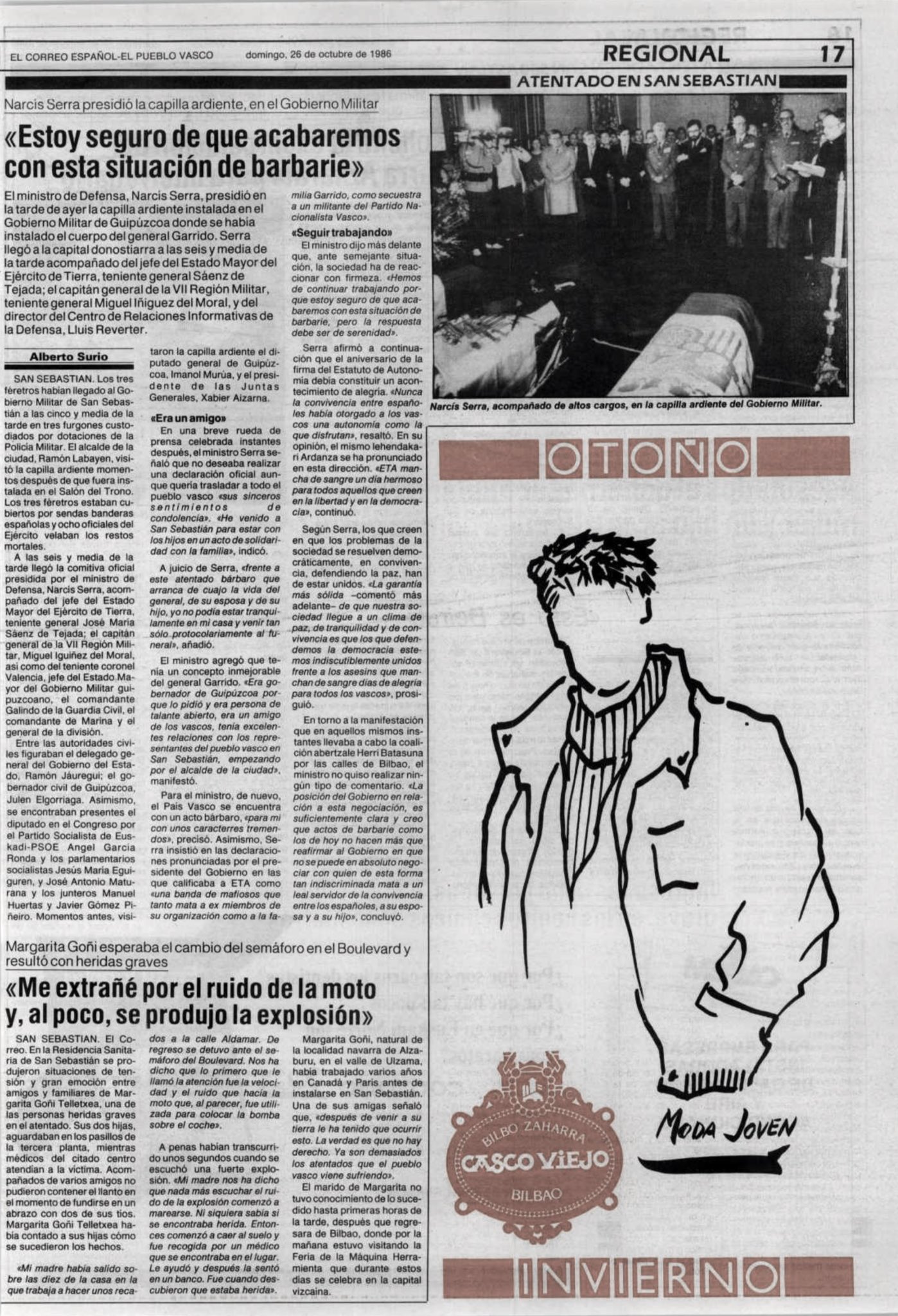 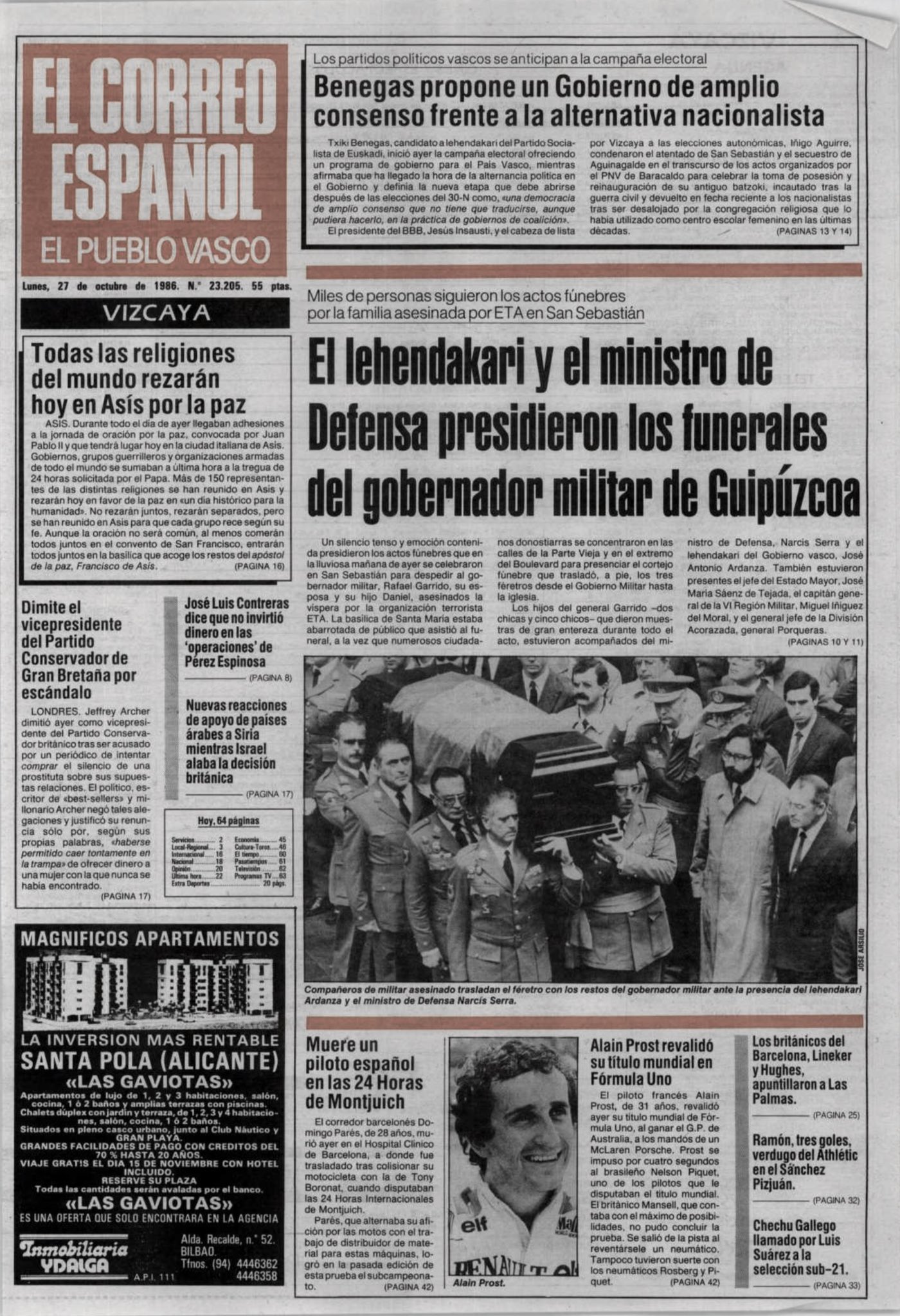