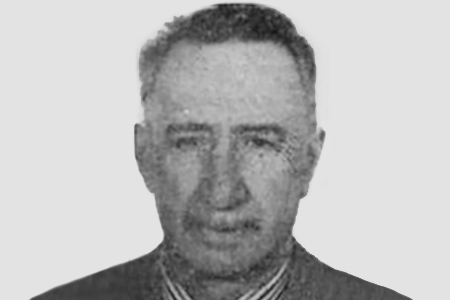 The murderers of Pedro Ortiz de Urbina Garayalde, a retired deputy police commissioner, had planned his assassination down to the last detail. They stole a car, leaving the owner in the back seat. They then tied up the concierge of the victim’s apartment block in Vitoria and forced his wife to knock on the door of the deputy commissioner’s house to make sure he would open the door.
Pedro saw the danger and tried to shut the door in their face, but they shot him dead without saying a word. He was hit once in the chest and once in the head. He fell dead on the doorstep, where four shell casings were later found. The terrorists went downstairs to the car where an accomplice was waiting for them and drove off. 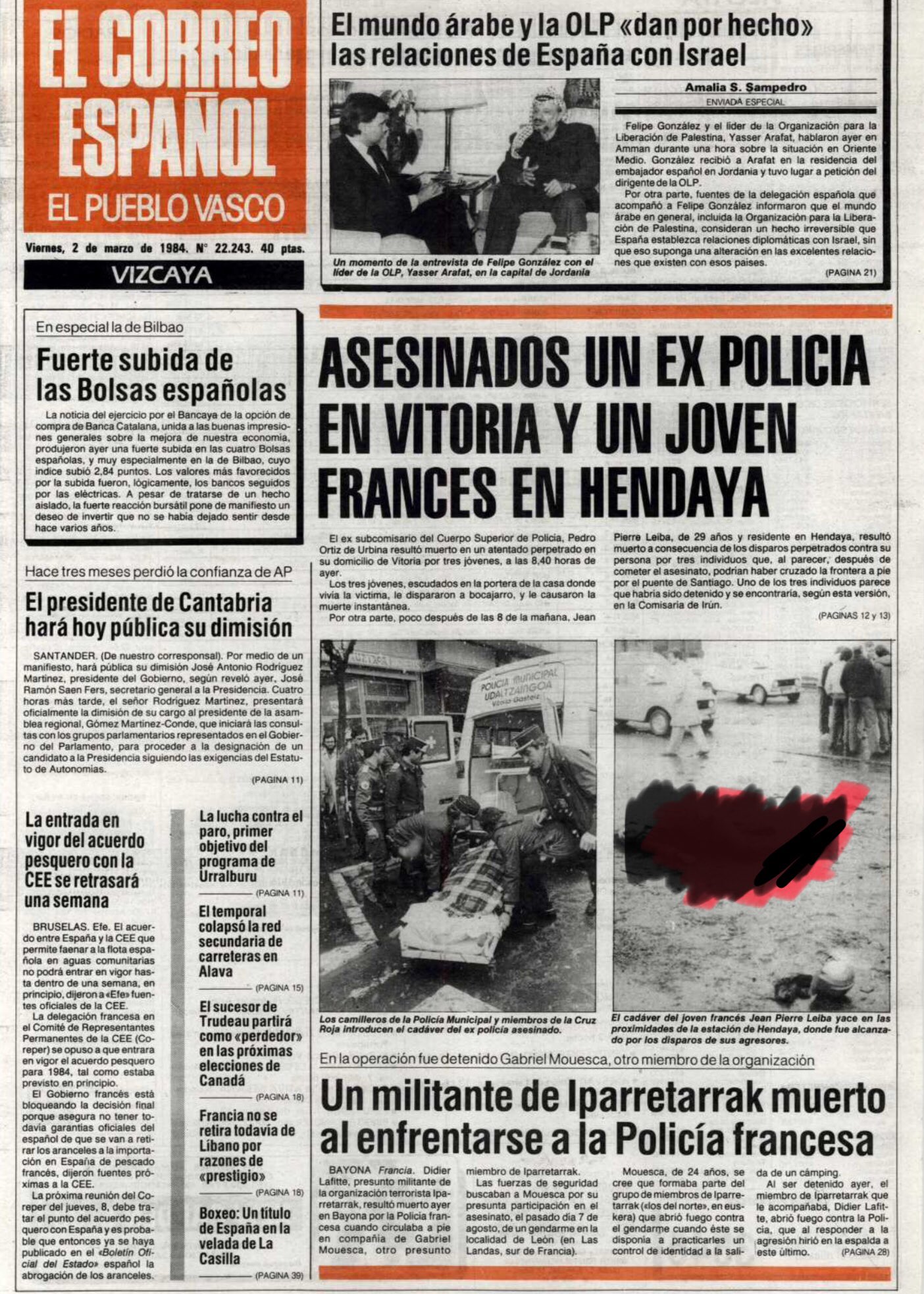 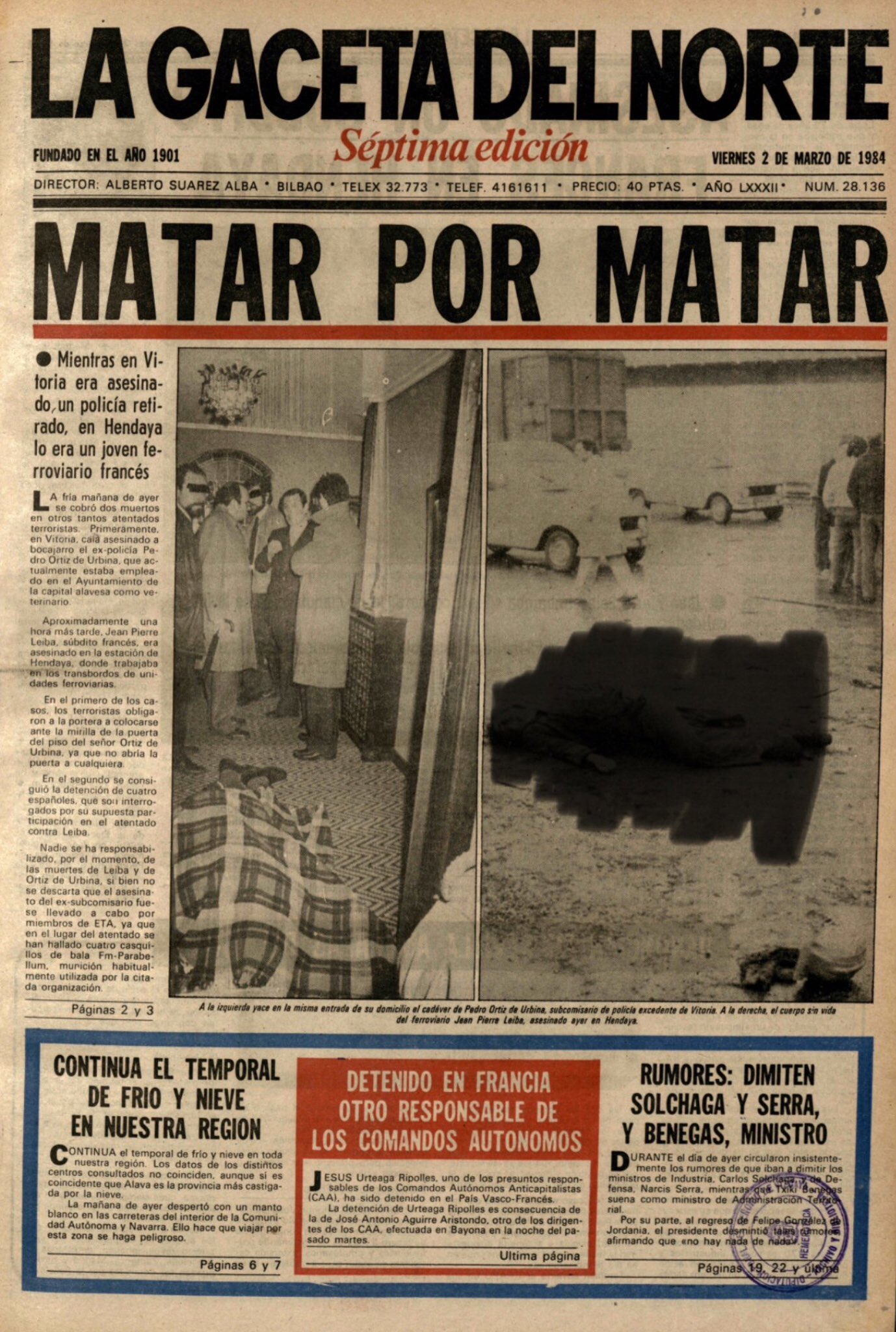 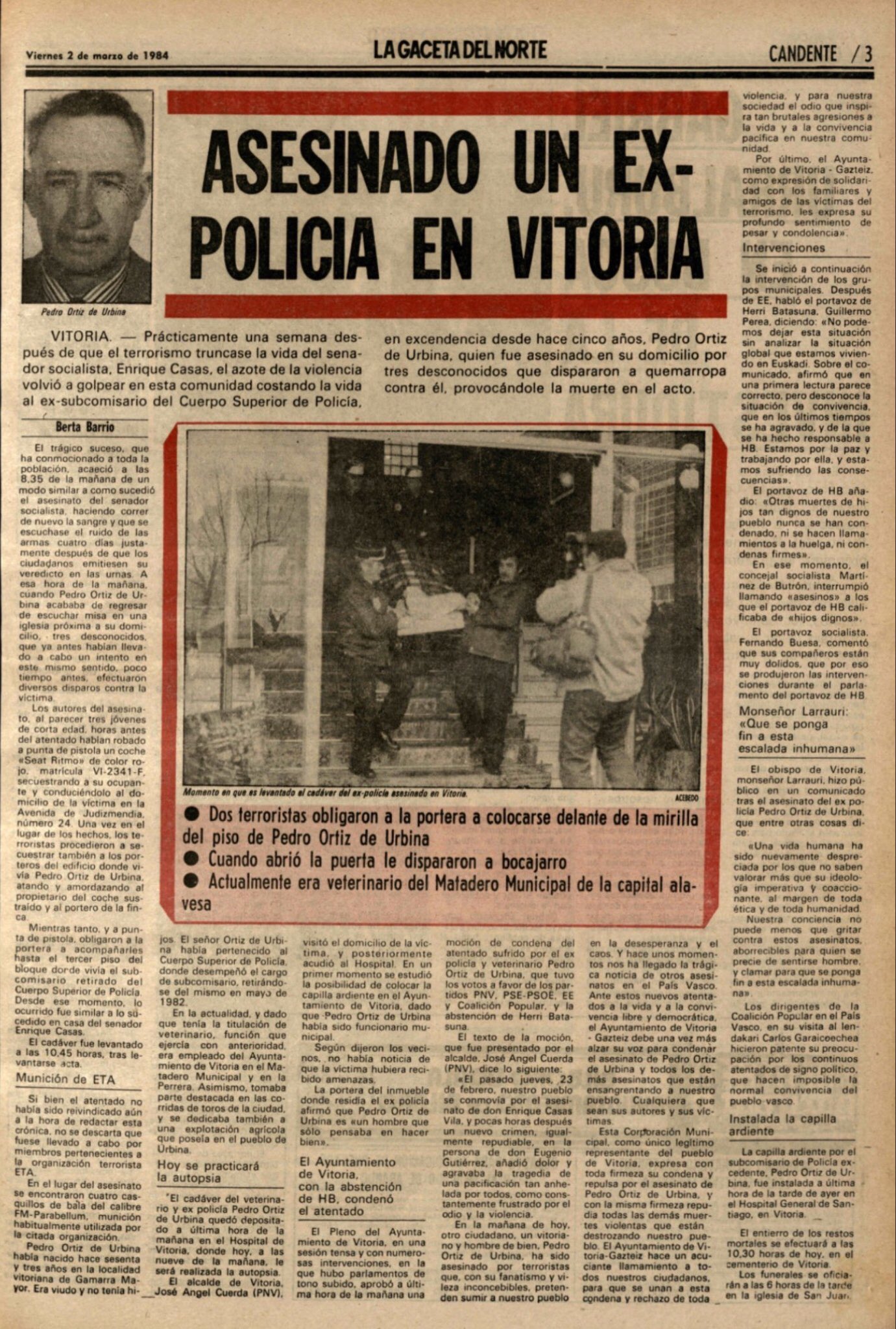 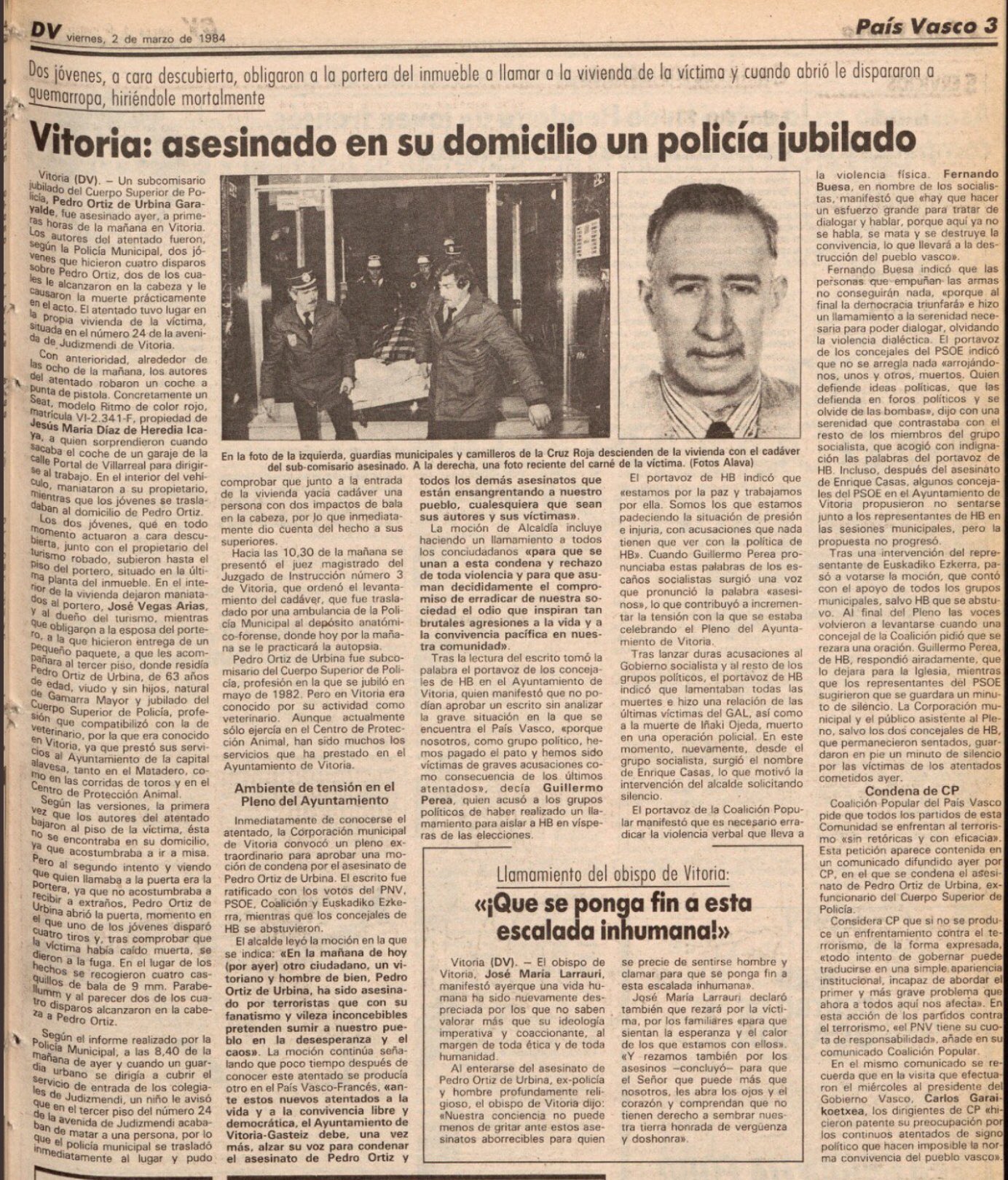