On the night of 7 April 1993, the Guadiana unit of GRAPO went to the Delicias district of Zaragoza, to attack an armoured security van that was collecting the takings from various department stores. At around 9.45 pm, while three members of the organisation waited in the car, another three terrorists approached the vehicle, owned by PROSEGUR, to attach two explosive devices to the doors and, after detonating them, take the money being transported in the van. The bombs went off prematurely.

Pedro Manuel Escuder Gimeno, a security guard from the company, and the three members of GRAPO were killed instantly by the blast. Escuder’s colleague, Ignacio Hernández Ruiz, was severely injured and a further two people suffered more minor injuries.

Pedro Manuel Escuder (29) was an employee of Prosegur. On the day of the attack, he was the driver of the van. He was due to be married on the following 10 July. 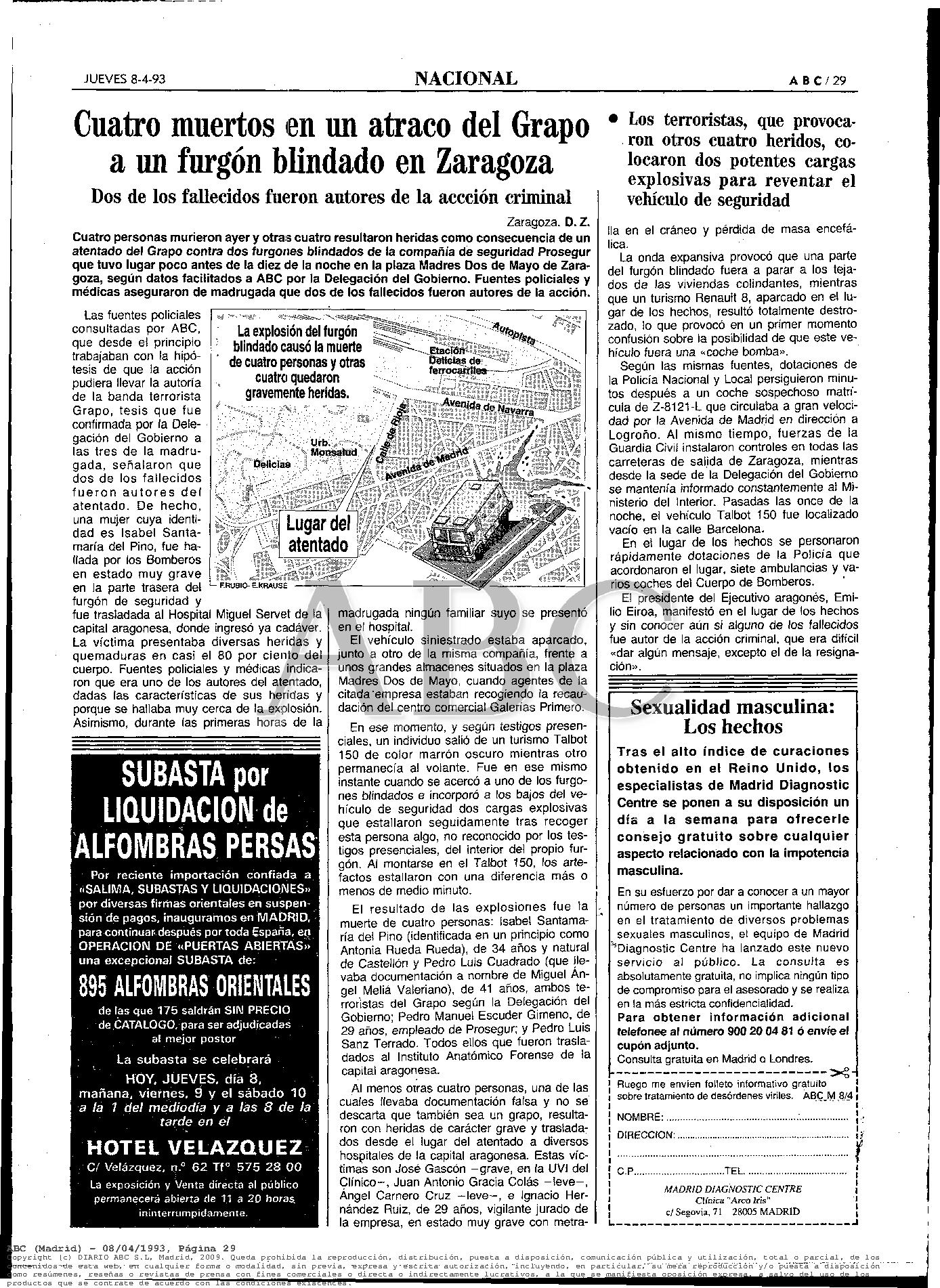 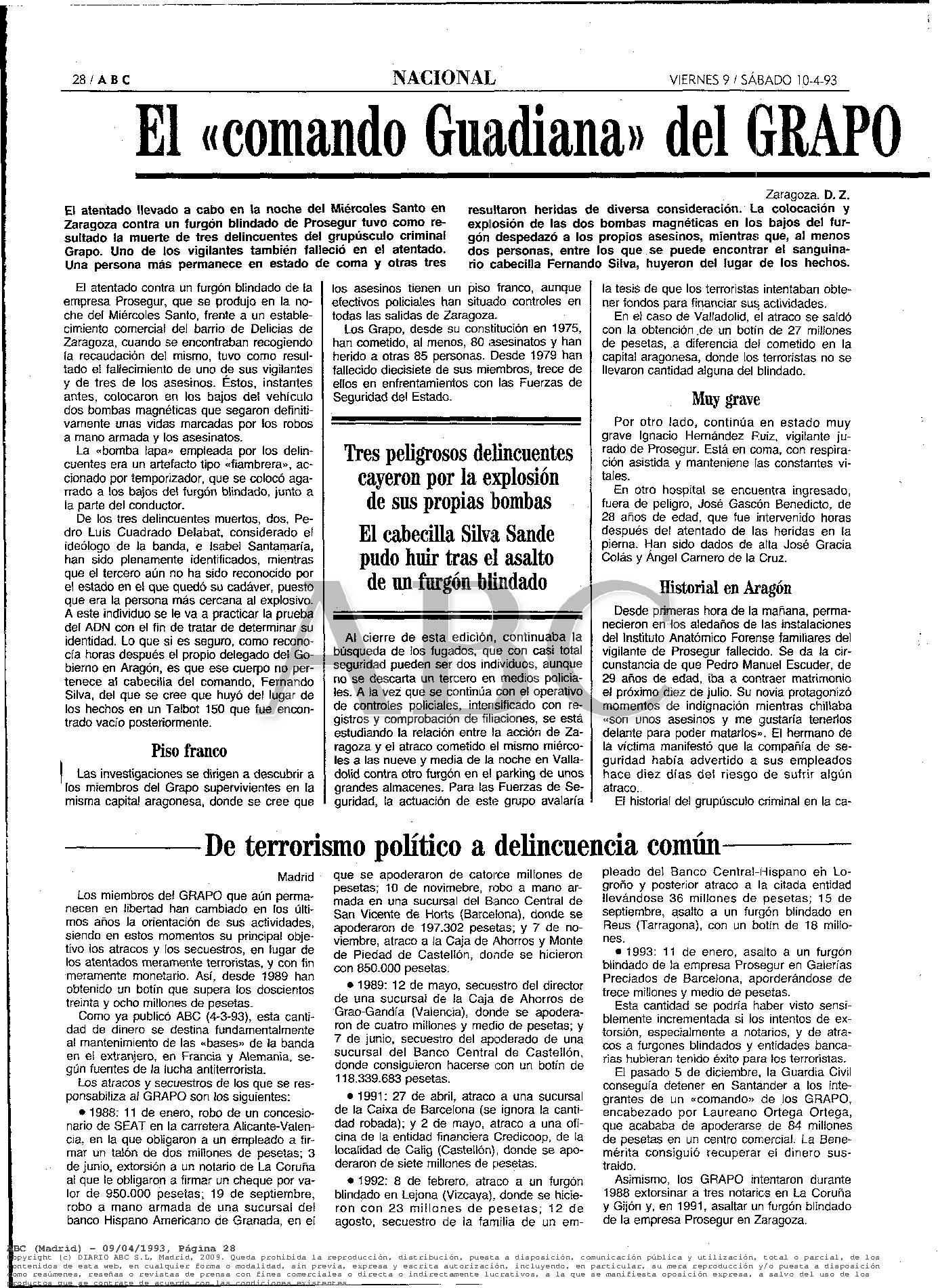 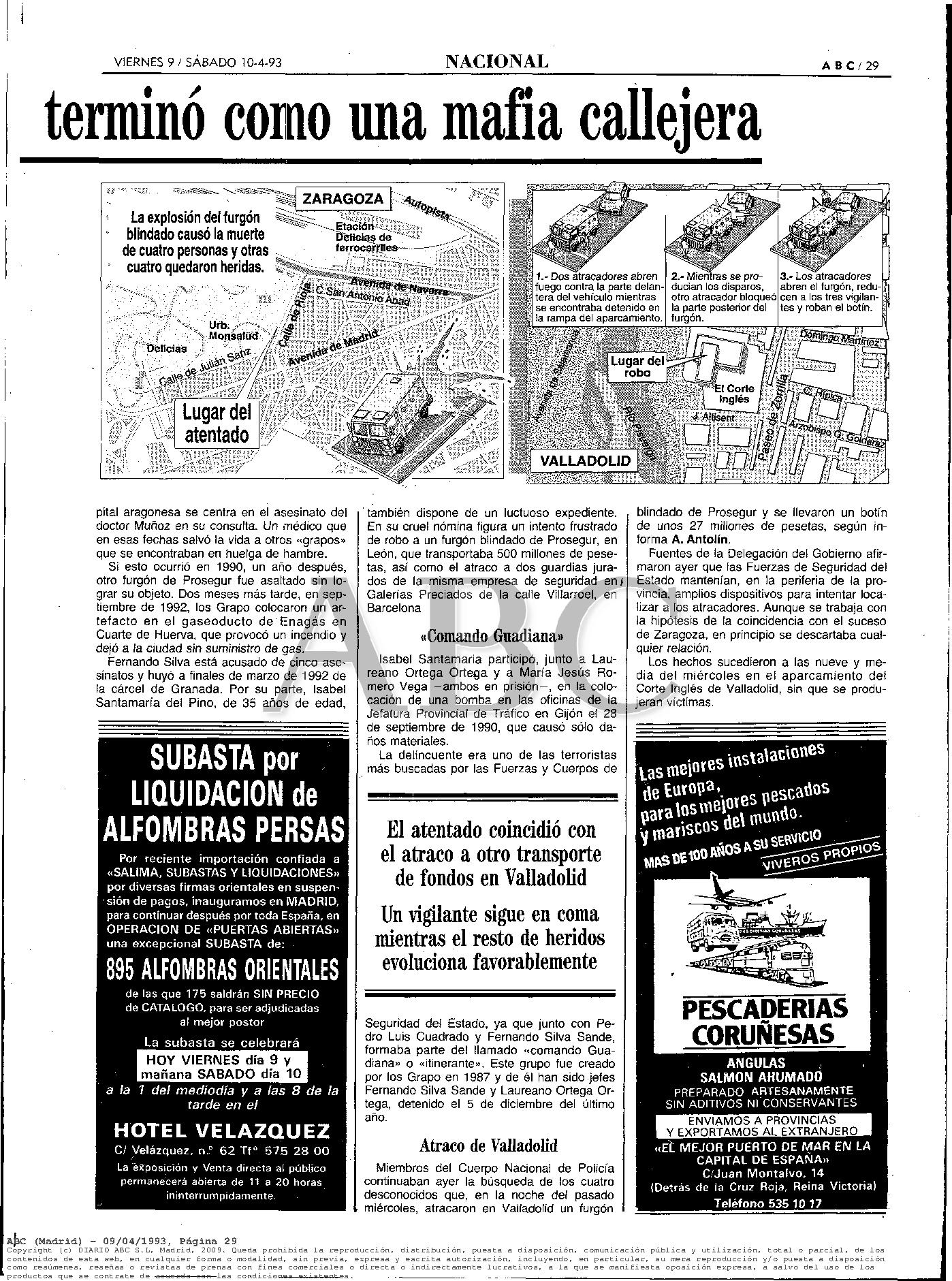