Pedro Goiri Rovira, his wife, another employee of the La Pianola bar and a friend were in the establishment where the victim worked, which had closed for the night. Two hooded men, one carrying a revolver, burst into the premises. One of them said, “We are from ETA”. He told Pedro to hand over the proceeds, but Pedro turned to the aggressor and calmly said: “I know you”. The individual with the revolver fired at him, hitting him in the heart. Pedro fell to the ground, where his killer struck him on the head with the butt of his gun.
Although ETA accused Goiri of being a police collaborator, the security forces believe that the terrorists had only intended to rob the establishment. However, when they were identified, they killed the barman so that he would not talk.
From 4 pm on the day of Pedro Goiri’s murder, all bars in the Getxo area closed as a mark of respect. 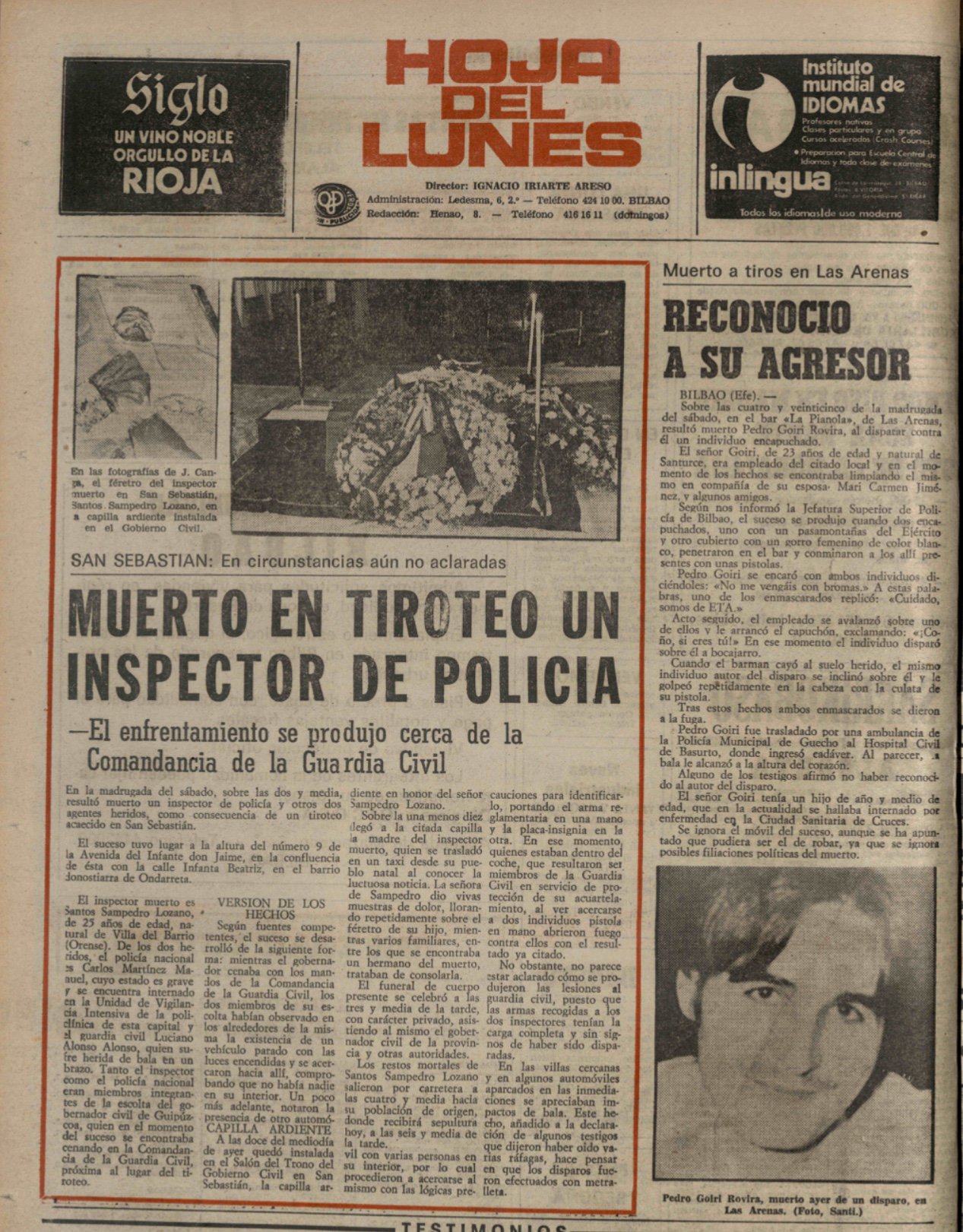 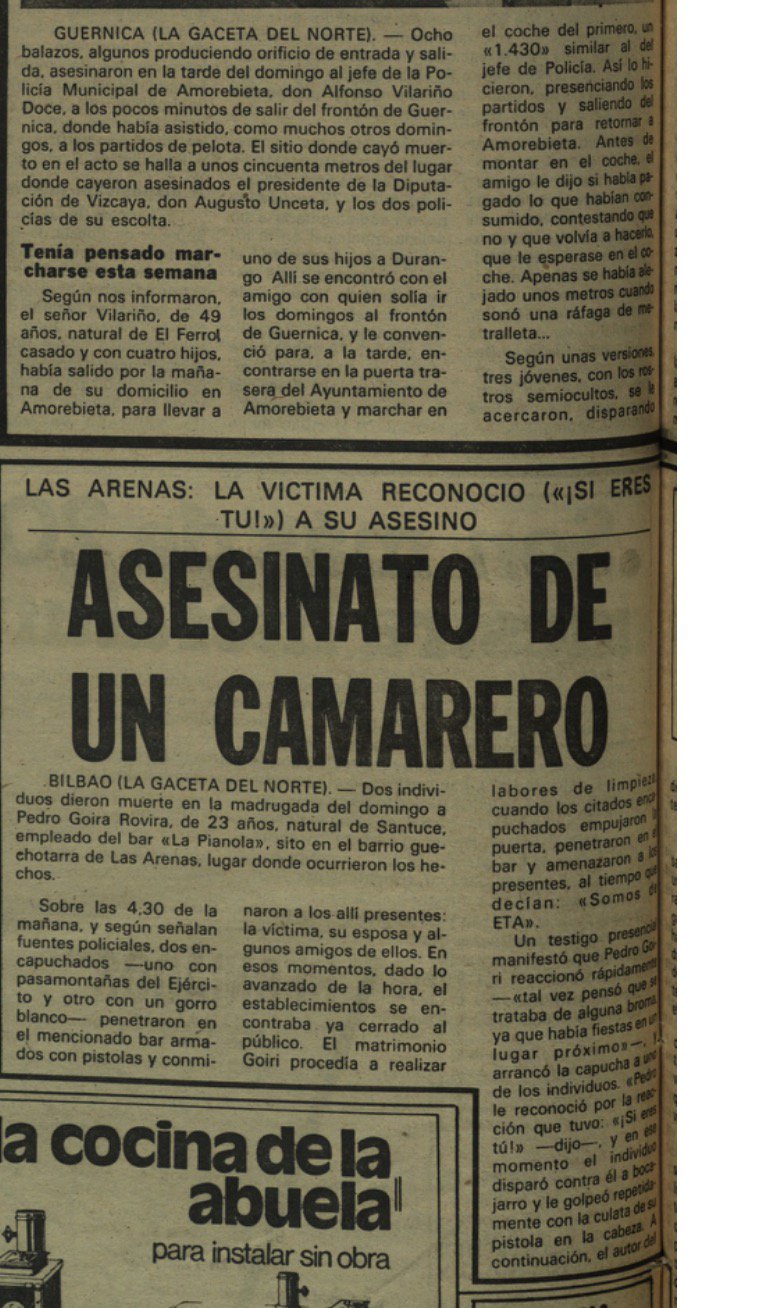 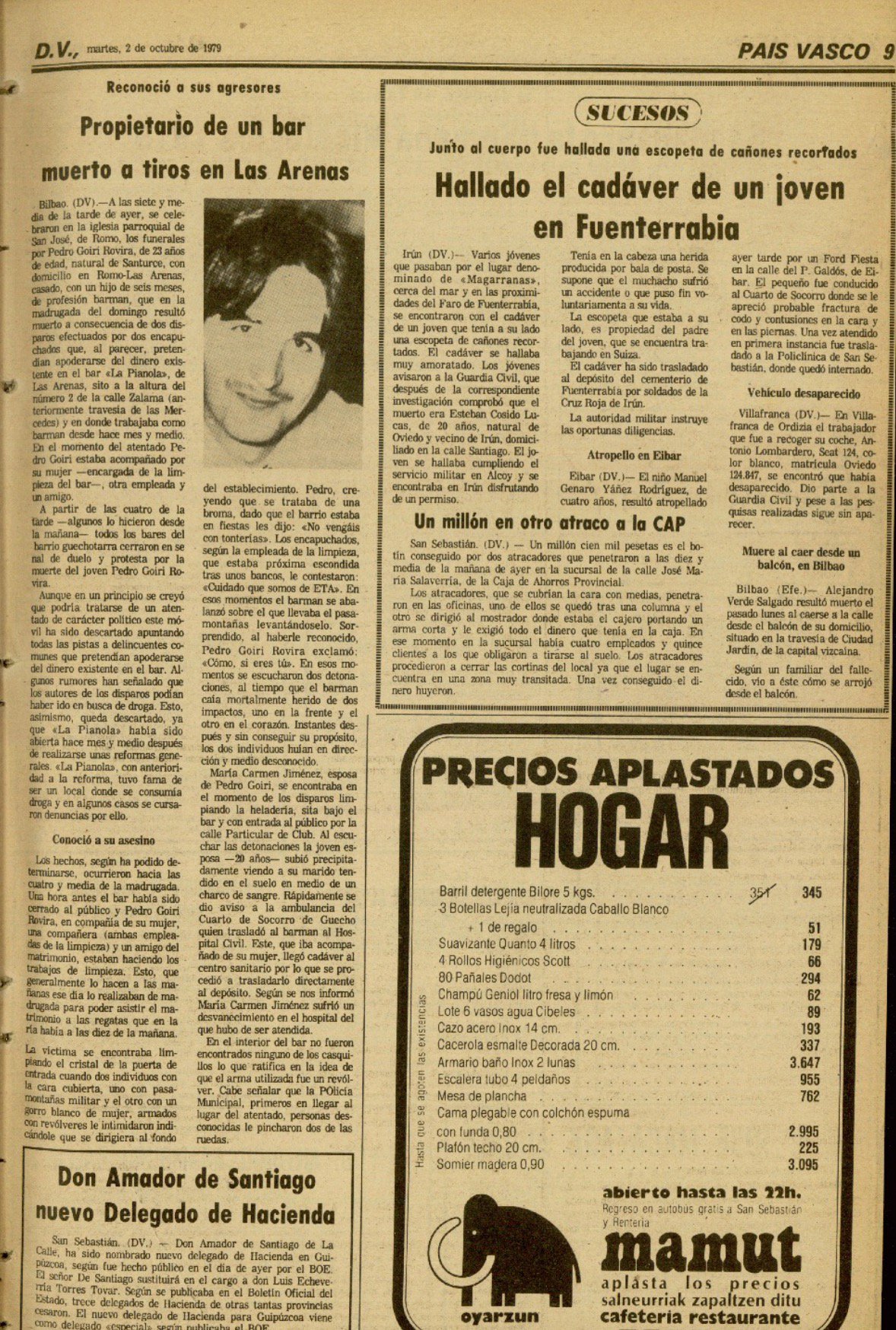