In the early morning of 29 September 1982, the First of October Revolutionary Anti-Fascist Groups (Grupos Revolucionarios Antifascistas Primero de Octubre, GRAPO) perpetrated a series of terrorist attacks across numerous cities in Spain. Between one and five o’clock in the morning, twenty small explosive devices exploded in Barcelona, Mataró, Valencia, Seville, Cordoba, Vigo and Oviedo. Other devices were defused by the bomb squad in Madrid and other locations. Most of them were placed in government offices and hydroelectric companies, and caused little material damage.

However, one of the devices mortally wounded Pedro Gabarri, aged sixty. At the time of the explosion, he was next to a transformer station belonging to Hidroeléctrica Española, on the road linking Castellón with the town of Almanzora. He was hit in the abdominal area and his body was rendered unrecognizable. The local press reported that Pedro Gabarri was a scrap metal dealer and that he often went to the site where the attack took place in search of material to resell. 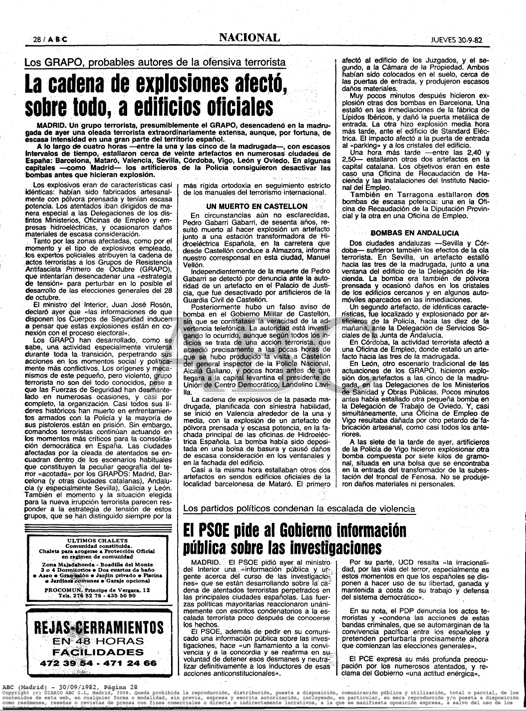 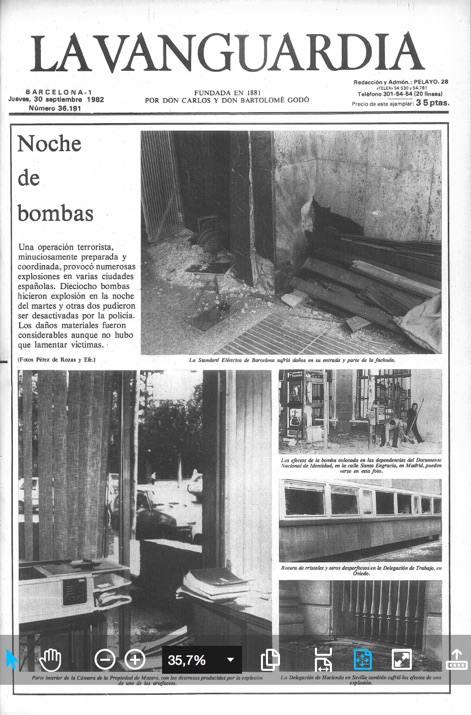